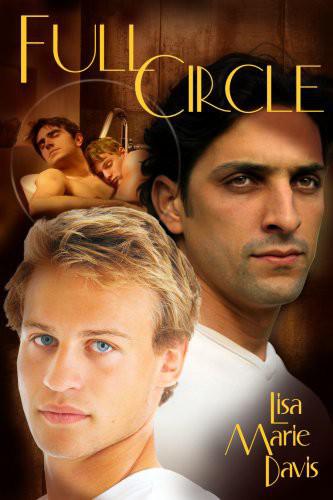 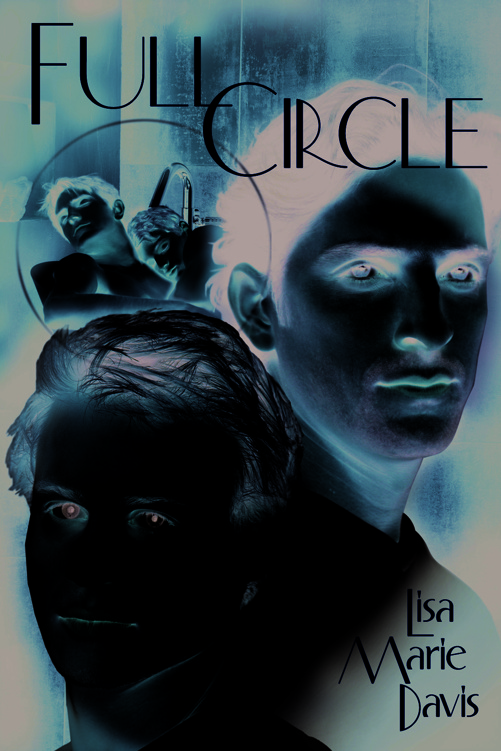 JAYLIN RYAN was fifteen when he came to the realization

that he was gay. Unlike many young men his age, he didn’t

“freak out” or launch into a panic or even give much

consideration to how others would react.

Being gay didn’t seem like a big deal to him. He liked

guys. So what? He was smart enough not to hit on anyone

he knew to be straight and while he didn’t exactly broadcast his sexual interest to the world, when someone asked point-blank, he readily admitted the truth without hesitation and felt no shame.

His mother was supportive. When he confided in her,

she simply hugged him, told him he was her son and she

loved him and as long as he someday found someone who

could make him truly happy, she didn’t care about that

person’s gender. She was remarkably open-minded and

accepting for a woman who had been raised in a rather

rigorous, borderline radical religious family located in the heart of the south, but Kayla Ryan had little to no contact with her family.

Most had coldly turned their back on her when she

announced that (a) she was pregnant at sixteen, (b) she fully intended to keep the baby, and (c) there was no chance in

hell she would even consider marrying said baby’s father.

“It would never have worked in the first place. John was
too immature. And he didn’t love me and I didn’t love him. If
we had gotten married we would have been miserable and I
certainly didn’t have great faith in his ability to settle down
and provide for either of us.”

There was never any hate or malice in her voice when

she mentioned John Carter’s name and Jaylin respected her

for that, though he had a much harder time respecting his

father for the choices he had made. He learned early on to

never expect too much from the man. John was the classic

“man-child,” trapped in youthful dreams built on his belief he could easily be the next big thing to take rock and roll by storm, never mind the fact he never landed anything beyond

bottom-level barroom gigs in bars where music was more

He came around from time to time, bringing gifts and

keep. Jaylin simply humored him and Kayla resisted the few

times he tried to start their relationship up again and while he sometimes sent money, Kayla put it away for Jaylin,

grateful that she made more than enough to support her

It hadn’t been easy, having a baby at sixteen, with no

support from her family, but a move to Ruskin, North

Carolina, turned out to be the best decision she ever made.

With help from neighbors that didn’t mind babysitting,

she earned her GED and then went to college at night,

earning herself a degree in business management, which

landed her a job as office manager for a large law firm. She was well-respected and admired and she worked hard but

she also spent as much time as possible with Jaylin. She

never missed any class functions or plays and when he fell

in love with music, she was supportive.

If she worried he would be as flighty as his father, she

never said as much; she just happily allowed him to take

lessons and everything he tried, he excelled at. He was a

natural: the music seemed to flow from inside him. It was

part of him, and while the sax and other instruments

appealed to him, it was the piano that became his great

By the time he reached high school, it was already his

plan to get into college on a music scholarship and his

teachers felt certain he could do it, but Kayla insisted he have interests outside of music.

“I just want you to be well-rounded, Jaylin. I never want
you to feel limited to anything.”

He understood his mother’s concerns and he didn’t

complain. As much as he loved music, he was happy to be

involved in other activities. He never struggled in school. His grades were always on the mark; he joined the debate team;

he tutored other students; and because he loved being

outdoors and he loved running, he earned a place on the

track team. He was well-adjusted and had a vast number of

friends, some casual, others he was closer with. He was

attractive enough that he drew attention; several girls were brave enough to ask him out, but he was always kind when

he explained to them exactly why he wasn’t interested.

Most were a little surprised, but usually, they became

date. Jaylin did what he could to discourage that. He felt no shame and was proud of who he was, but he didn’t want to

create problems for himself or invite trouble. Most who knew or suspected he was gay were decent about it. A few made

snide comments from time to time and a few avoided him,

but he didn’t allow that to bother him.

He figured he would have time for romance when he got

to college, but admitted it was flattering when someone

admitted they found him attractive.

He had inherited his mother’s sky-blue eyes, but his

blond hair came from his father and the untamed curls

made him crazy. He tried to keep them cut enough to

maintain some control, but they were still unruly at best,

especially when he was running, which he did every morning

without fail and again after school during track season. His coaches were always impressed by his dedication, but he

didn’t think of it as a big deal, and all the exercise allowed him to indulge his famed sweet tooth and still maintain a

Only five-nine, he had a classic runner’s body. He was

stronger than most would have guessed and his sun-kissed

skin was smooth. He liked to run shirtless when he could.

He loved the feel of the sun against his bare flesh, loved

simply being outdoors. It was his great passion, next to his music, and everyone knew it.

After track practice most days, he could be found in the

school music room, lost in whatever piece he was playing. I It was there, late one afternoon, shortly after returning to

school from winter break, that he received a surprise visitor.

Eyes closed as he played, he didn’t know he wasn’t

alone, until the piece ended and he looked up to find Max

Sydney standing just inside the doorway.

Star quarterback for the football team, star pitcher for

the baseball team, both of which he had led to victory twice during his high school career, Max Sydney was a jock

through and through, and he was drop-dead gorgeous.

He was six-one and nearly two hundred pounds, and

every ounce of it was pure muscle. He had a body that

belonged on the cover of a magazine and a face that

His skin was a lovely olive tone and perfect as far as Jaylin could tell. More than once he had daydreamed about having

a chance to see all of Max’s perfect skin, but he knew it

would never happen because Max was as straight as a guy

A host of cheerleaders could attest to that fact, at least

according to the rumor mill, and while he and Max had

certainly crossed paths over the years, they hadn’t talked

much, beyond a polite “hello” when passing in the hallway.

Finding Max listening to him play was a little unnerving,

to say the least, considering how he had several very vivid fantasies with Max cast as the star.

“I’m sorry. I don’t mean to interrupt. If now is a bad

The statement confirmed that Max had indeed come

looking for him and, surprisingly, he sounded nervous,

which was strange, because Max Sydney never seemed

nervous. He was the pure picture of confidence, but at the

moment he looked anxious, shifting his weight from one foot to the next. Jaylin smiled to try to help him relax.

“Oh. Okay. I just….” He lifted his massive shoulders in a

shrug. “You’re really good. I mean, I don’t know a lot about music, but I liked listening to you. It’s obvious you have a talent.” He smiled—a real, genuine smile—and Jaylin told

himself it was insane, but he felt a rush of warmth and he

“Thanks. It’s something I love.”

“I’ve seen you run too. You kick ass, man. You should

have tried out for football.”

“Running is one thing, but football is another. And I

don’t think I could handle the pressure.”

“It’s not as hard as you think. You would have made a

hell of a running back.”

Compliments from the hottest guy in school, the hottest
guy I have ever seen! I’ve died and gone to heaven.

Jaylin shifted on the piano stool, to better face Max. “Is

there something I can help you with, Max?” He was smart

enough to know Max wasn’t seeking him out without a

reason and, to his credit, Max blushed as he came further

into the room, dropping his backpack to the floor.

“What gave me away?”

“No offense, but we usually don’t talk….”

“And here I am.” Max sighed, looking a little guilty. “I

know this makes me a first-class jerk, but yeah, I do need

something and I was told you’re the guy who can help me.”

He grabbed a chair, set it in front of Jaylin and straddled it, his arms folded and resting on the back. Jaylin drew in a

“Help in Biology.” His eyes were downcast. “Look, I’m

not a brain. I’m doing okay in all my other classes, but when it comes to Biology, I can’t wrap my mind around it and….”

“And you want me to tutor you?”

“Yeah. Please. I heard you do that sometimes.”

“You’re not dumb. Not at all. Everyone has subjects they

struggle with. Not asking for help, that would be dumb.”

Letting myself imagine what your lips would feel like wrapped
around my cock is dumb.
“I know we both have pretty busy schedules, but if you don’t mind some late nights, I always have time in the evenings.”

“That’s fine. I can take whatever time you’ve got

“When do you want to start?”

Jaylin smiled and shook his head. “Not for me. But you

realize it’s Friday? Don’t you have a date or plans or

“No. I’m totally free and all yours.”

If only that were true!

Needing a distraction, needing to look away from those

chocolate eyes, he grabbed a sheet of paper from his

notebook and quickly jotted down his address.

The Secret Identity of Devon Delaney by Barnholdt, Lauren
World's End (Age of Misrule, Book 1) by Mark Chadbourn
A Billion Wicked Thoughts: What the World's Largest Experiment Reveals about Human Desire by Ogas, Ogi, Gaddam, Sai
Murder on the Horizon by M.L. Rowland
Guilty Wives by Patterson, James, Ellis, David
Meet Me In The Dark: (A Dark Suspense) by J.A. Huss
Equinox by Lara Morgan
The One She Was Warned About by Shoma Narayanan
SEAL My Home: Bad Boys of SEAL Team 3, Book 2 (SEAL Brotherhood Series 9) by Hamilton, Sharon
Foreplay by Marteeka Karland