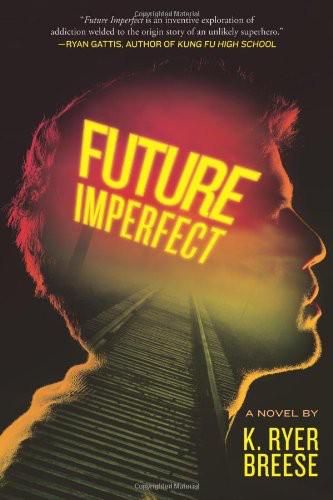 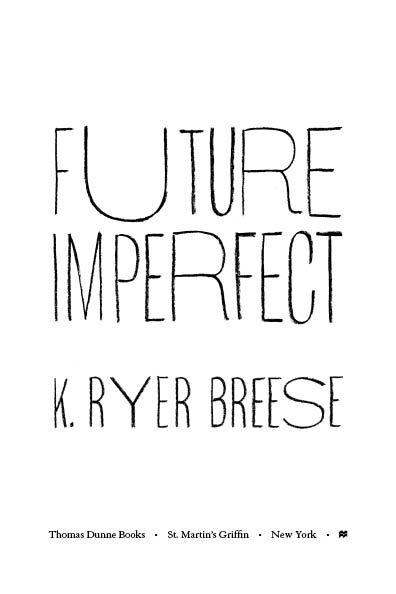 Countless thanks to my agent, Jessica Regel, for her insight and enthusiasm, guidance and grace; an endless supply of gratitude to John Schoenfelder, a genius master of storytelling, and Russell Ackerman, a diviner in his own right; heapings of appreciation to Brendan Deneen for his superhuman editorial skills; and boundless love to Jess, EE, Mo, and Hedge, P-Dogg (Mutants!), Saba and Savta, and Grandpa and Grandma.

Jimi Ministry didn’t have this many tattoos two weeks ago.

The ones on his wrists, it’s obvious that they’re pretty fresh.

Maybe it’s the fact that they’re still bright red, spanked raw and swollen, but looking at them I see my family. My distant family.

On his left wrist I think I see my great-grandmother Ethyl on my mother’s side. And I’ve only ever seen her in pictures.

On the right wrist, that’s got to be my dad’s favorite uncle, the one who died in Korea. Was his name Benson?

It could be the fact that it’s night and Jimi’s underwater, but the images on his flesh are blurry. Like they’re dancing just under the surface of the lake. And his knuckles have gone cold white from grabbing on to my arms so tight.

This is because I’m holding him down.

This is because I’m drowning him.

It’s not like in the movies where people thrash around, kick the water into a froth, and their faces get all distorted with fear. No, Jimi’s practically calm and all this is happening very slowly. The night above us is cool and bursting with stars. On the beach behind me there’s only the tiny lapping of waves. Like many dogs drinking water.

With my hands around Jimi’s neck, squeezing the air out of him, I can’t help but get nostalgic. The rage in me has reached such a fevered pitch my hair’s on end. If you took my temperature right now I’m sure it’d look fatal.

But Jimi’s finally under control.

The love of my life, she’s back there in the night. She’s waiting, anxious.

Probably gripping the straps of her purse as tightly as I’ve got Jimi’s throat.

On Jimi’s thumb knuckle on his right hand there’s a tattoo of a turtle. Most turtles look the same unless they’re exotic. You know, like some Amazonian turtle. But this one, I’m pretty sure it’s the same box turtle I had in fifth grade. His name was Metatron, after the archangel in the Hebrew scripture. My mom found him on one of her dashes through Pueblo. I’d know his shell pattern anywhere.

Every half-second clicks into place as deafening as thunder.

Right now is all that matters

And right now, Jimi’s underwater and his face is relaxing into darkness.

The fury in me is so ferocious that I’m likely to split in half.

This is what the Metal Sisters assured me. What Grandpa Razor was so confident about. All the experts, all the professionals I’ve talked to, this is exactly why they told me they didn’t know. This was inevitable.

Whatever you call it, it’s murder. 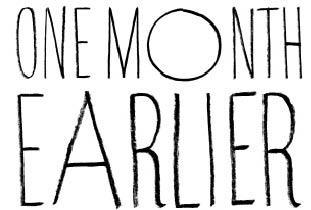 Thanks for the letter, Heinz.

Off the bat, I should mention I’m not religious. My mom’s super into Jesus, but that really hasn’t rubbed off on me. Not to say I’d dig Satanism either. Sorry, but that’d kill my mom. Stroke for sure. Good to know you find it meaningful though, and, hey, I am intrigued about the whole Atlantis psychic thing. But not so much the goat with a thousand eyes business.

Anyway, to answer a few of your questions:

3. Sure, there are Rules. Two major ones, really. Seeing the future’s the easy part; the hard part’s what comes after. It’s breaking the Rules that’s tough. These Rules, they’re mine. Didn’t take long for me to figure them out either.

Rule No. 1. The future can’t be changed once it’s been seen.

See, it’s not like on television or in the movies. It’s not racing against the clock to make sure that
x
(the car, the tree, the cat, the ax, the bus, the moon) doesn’t fall on
y
(the girl, the baby, the cat, the house, the church, the school). There’s no shouting into the phone trying to convince the police of something. What I see, it always happens. Always.

Rule No. 2. If you ignore Rule No. 1 and try to change the future, you’ll end up only making a mess of things.

This is the sucky part. I’ve got all sorts of stories about things going really wrong when playing superhero. Once, I saw this guy die in a fire, just him wearing a suit of flames. Took me a long time to figure out who the dude was but when I did, I called him anonymously and warned him. Told him it would happen in like a week or so. The dude just totally freaked out, got off the phone, jumped in his car, and crashed into a semi. Burned to a crisp. Voilà. Twice I tried to change things directly. Both times ended badly. Really really badly.

4. Exactly. Directional. If I focus hard enough, kind of clear my mind and then push down hard, you know, like when you focus on something really close to your eyes, the way those hidden picture posters work, then I can see really far out. Like decades. If I don’t, if I just let the hit happen and not try to focus in, then I see maybe weeks out. Days. Once, even hours. But I try to avoid doing that. Doesn’t have the same, well, effect.

6. Like in comics? No. Once, I tried. You know, got a suit at a costume shop and tried to stop this dude from getting stabbed outside Rock Island. See answer #3 as to what happened.

7. Nope. Far as I know, I’m the only person who can do this. I’ve never seen anyone else, never met anyone else. Who knows though, right? Maybe there are some other freaks out there.

Dude, sorry I can’t be of any help regarding your “transitional journeys” and “black magic manifesto.” And I can’t focus in and see if your novel will get published and become a bestseller. Really, it doesn’t work like that.

Heinz, why I’ve been writing to you is because I need some help. If you were to consult your “alchemical tomes” and “dark scrolls,” ask a few minor devils or whatnot, do you think you could tell me how I can change the future once I’ve seen it? Can you tell me how I can break the rules?

And love the cape.

Last night at the All Souls Chapel I told my mom’s Jesus friends I had a knockout summer.

Mom knew what I meant and gave me a thumbs-up.

Her pals, they just nodded and smiled.

In their eyes, I’m such a freaking good kid.

When summer break started I actually did keep things simple. For a while, anyway. Nothing too bold, nothing exceptionally daring. Not like what I’d done over winter break. There were the usual fights; mostly it was East football players and a couple run-ins with the bikers you always find outside the Piper Inn. And, yeah, I was black and bruised, bloodied even, but that’s par for the course. Wasn’t until mid-month that I decided to kick things up a notch. You know, experiment a bit.

Do stuff the All Souls Chapel ladies would find, well,
worrisome
.

There’s this half-pipe at the Denver Skate Park that I’d had my eye on for like months. It’s typical, concrete and tagged all over, maybe six feet at the top. I’d skated off it before and liked the way it bottomed out. Smooth. It was afternoon, hot day, and the sky was bright and blue and cloudless. They won’t let you in without a deck or a helmet, so I brought both just for the show of it. Once I was at the top of the half-pipe I tossed my deck, let my helmet roll down to the bottom, and then I took a deep breath and dove.

I didn’t jump. I pulled a move like I was diving into a swim pool with my arms at my sides. Looked pretty impressive too. Up, arc, and then down. Took a lot of training, and I’m talking a lot, to get to the point that I can dive like that and not put my hands out in front of me to break the fall at the last second. My wrists, I’ve broken them maybe five times. But that day everything went perfect.

The sound my head made when it hit that concrete, it was priceless.

The concussion felt almost as good as being in love.

The skate park, it joins a long list of places I’m not allowed back at.

Rest of May I wasn’t quite as clever. A few car accidents, several bike crashes, and a fairly decent brawl in the Cherry Creek Mall.