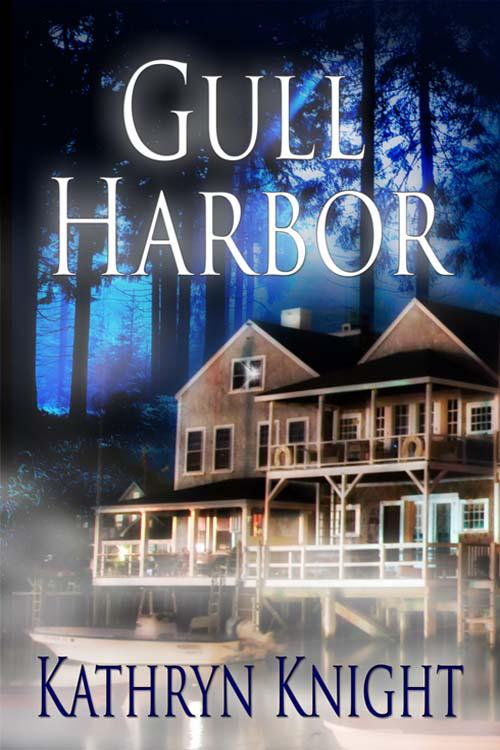 “Mystery mixed with romance makes for an intense and satisfying read.
SILVER LAKE
has both elements perfectly balanced throughout. Great characterization made me care about this vulnerable protagonist. And Jason Lansing makes a wonderful hero, both sharp-edged and gentle, he’s a man neither Rain or I could resist.”

~Between the Pages Spotlight Review

“
SILVER LAKE
is a great, satisfying read...this is a well-written story with believable characters, and the mystery is strong. I enjoyed the romance blossoming between Rain and Jason...Looking forward to more from Ms. Knight.”

“This mystery is wonderfully crafted with lots of romance mixed in. The characters are realistic and brave. The plot and pacing kept me intrigued throughout and I got serious chills in spots. I found myself really pulling for the main characters to get together. It was a fabulous journey!”

This one's for my sons, Chris and Nick—

thanks for being patient

while your mom pursued her dream.

I love you guys with all my heart.

The words drifted with the dust motes across the dimly lit tavern. “Can I help you?”

That voice. Claire Linden froze in the doorway, struggling to adjust to the shadows. The dazzling Cape Cod sunshine still warmed her back as her gaze swept the cool darkness of the room.

She knew it was him before her gaze found him at a corner table, his long legs propped up, his attention focused on a computer screen. Even after five years, she would recognize Max’s deep voice anywhere. That voice had sung her a million songs, moaned her name in the heat of passion, and whispered promises of love in her ear.

Claire slapped her sunglasses on her face with a trembling hand as he lifted his head and flicked a glance in her direction. She pictured his familiar eyes—an impossible shade of blue that contrasted sharply with his black hair—sweeping over her. Would he recognize her?

Nodding, she backed out the door and let it swing shut. She drew in a ragged breath as she collapsed against the faded wooden shingles of the alcove. What was Max Baron doing in this sleepy beachside town?

She wasn’t sure if she was relieved or hurt that he hadn’t recognized her. Tugging a damp hand through her long hair, she studied the color of the wavy strands. It was now a rich burgundy, a big change from the chocolate brown it had been in college. And she had shed her preppy attire for a more bohemian style. Today, a strappy white tank top hugged her upper body while a summery skirt floated around her calves.

These alterations were intentional and calculated. She was embarking on her career as a paid medium, and she wanted to look the part. People didn’t expect a woman who communicated with ghosts to dress conservatively. Her tight budget didn’t allow for many clothing purchases, but over the years she had managed to create a wardrobe suitable for a professional clairvoyant.

Oddly enough, it was Max who had convinced her to embrace her gift; to abandon her father’s plan in order to follow her own dreams. Then Max had suddenly abandoned her, and all their plans, without even a hint of an explanation. A fresh wave of betrayal tore through her, threatening to rip open old wounds.

She pushed herself away from the wall and ordered her feet to move. It didn’t matter why he was here. She was here to do a job: to prove to herself, and her father, that she could make it on her own.

A wry smile tugged at her lips at that thought. Her father had cut her off, financially and emotionally, when she had announced that she wouldn’t be attending law school. Judge Linden wouldn’t know if she were lying dead in a ditch, much less succeeding as a medium. Still, she had her pride to consider, and bills to pay.

Closed stores lined the sidewalk of Main Street, and she glanced through the windows of antique shops and art galleries as she walked, looking for signs of life. Although it wasn’t officially summer, there had to be someone around who could give her directions. Someone other than Max.

Crossing the side street, she spotted another restaurant that looked promising. A sign welcomed her to Gull Harbor Diner and a tinkling bell announced her presence as she pulled open the glass door. There were no other patrons at the moment, but the atmosphere was bright and cheery, a sharp contrast to the hazy tavern where she had inexplicably encountered her college boyfriend.

Suddenly exhausted, she slid onto a bright-red vinyl stool at the long counter as a smiling man appeared from the kitchen. He greeted her with a friendly, “What can I get you?” as he made his way to the end of the counter to stand across from her. His dusty brown hair was just beginning to gray at the temples, and his warm hazel eyes shone with kindness.

She wasn’t really hungry. “Just coffee would be great.”

He nodded, pulling a white mug from beneath the counter. “We brew the best coffee in town. Much better than that fancy coffee house franchise they’re trying to open here.” Giving her a companionable wink, he poured the dark liquid into her cup. “I wish them luck. We don’t do chains around here; never have.”

“I noticed. It’s very quaint here,” she said sincerely as she accepted the cream and sugar.

“You’re visiting us for the first time then? I’m certain I would remember having seen such a pretty face before.”

Claire smiled weakly and took a tentative sip from the steaming mug. “Thank you. Actually, I’m staying here for the summer. I could use some directions, if you know how to get to Mill Pond Road.”

His expression turned serious. “You’re not looking for the old Williams house, are you?”

“No, the owners’ last name is Llewellyn.”

He shook his head, a frown clouding his pleasant features. “Same place. Until recently, that property belonged to the Williams family as far back as the 1950s. You’re not staying there alone, are you?”

She ignored the question, countering with one of her own instead. “You’ve heard something about the house?”

“Nothing good. And I hear more gossip than anyone around here, except maybe Max.”

“Max?” she asked, struggling to keep her voice casual.

She cast her gaze about wildly and found a wall clock, its decorative hands represented by a fork and knife. “The time,” she said. “I really need to get going. What do I owe you?” Gulping down the last of her coffee in an attempt to appear as though she truly was in hurry, she reached for her purse.

“No charge,” he insisted, extending his hand. “Name’s Dan O’Brien. Welcome to Gull Harbor. You should come by in the morning for breakfast, that’s when we’re busiest.”

“Claire Linden.” She slid her hand into his. “And thanks very much, I just might do that. Do you think you could give me directions to the Llewellyn house?”

“Of course I
can
, I just don’t really want to. But since you’re obviously the psychic they hired to investigate the house, I assume you have other methods of getting the information, even if I refuse.”

“Don’t worry, I can’t read people’s minds,” she said, laughing at his relieved expression. “I really would appreciate the help; I was driving around those back roads for an hour—they all look the same, and there seems to be a serious lack of street signs in the area.” She looked at Dan hopefully, armed with a pen and a napkin.

He sighed. “Fine, but I’m going to give you my phone number just in case there’s trouble. I’m not saying I believe that house is haunted, but I’ve heard a lot of disturbing rumors lately.”

Was he truly worried about a complete stranger, or was he hitting on her? She decided to give him the benefit of the doubt and accepted the phone number along with the directions. After thanking him for his help, she hurried to her car, carefully keeping her face turned away as she passed the windows of Max’s tavern.

She detected the presence behind her a moment before a sharp sting of pain bit into her shoulder. “Ow!” she yelled, her surprised cry echoing through the secluded woods that surrounded the house. Whirling around, she raked her eyes over the untamed yard that stretched toward the road.

Only silent scrub pines and thorny brambles returned her gaze. But a jagged rock lay at her feet. Claire reached around to gingerly probe the tender skin of her back. Wincing, she pulled her hand back and examined the streak of bright blood that smeared her fingertips.

It was starting already. There was no point in wandering around, peering behind trees—she knew that whatever had thrown the rock had no need for hiding spots. She picked up the rock and rubbed it between her palms. “I’m here to help you,” she called out in a soothing voice.

Turning slowly, she repeated her message to the abandoned house. Only a few nervous bird calls broke the silence as she walked toward the front porch of the Llewellyns’ retirement home. The sweet old couple had put all their money into purchasing the property at auction. Then they had endured three months of aggressive paranormal activity before they had finally fled in terror.

Claire no longer felt anything other than a profound loneliness that seemed to emanate from the house. She set the rock on the porch steps and fished in her pocket for the key. The front door opened to reveal the hallmark center staircase of a Cape-style house.

She wandered into the great room, her eyes falling on a pile of frames heaped in the middle of the floor. Squatting down, she turned one over with a slightly shaky hand. Two little girls—grandchildren, most likely—smiled from behind the glass. In another photograph, she recognized the Llewellyns. They were standing on the beach in happier times.

With a frown, she stood up and rubbed her throbbing shoulder. All the pictures were facedown, and Claire highly doubted this was Mrs. Llewellyn’s idea of a decorating statement. She propped two of the frames back on tables before she continued on to the kitchen.

Nothing seemed amiss in the kitchen and dining areas, but the master bedroom was a scene of destruction. More picture frames littered the floor, and smashed glass crunched beneath her sandals. The bed was unmade, and clothes spilled from open drawers. She caught her reflection in a cracked mirror that hung askew on the wall; several pairs of her green eyes stared out at her from the jagged slivers. She shuddered and continued on her tour.