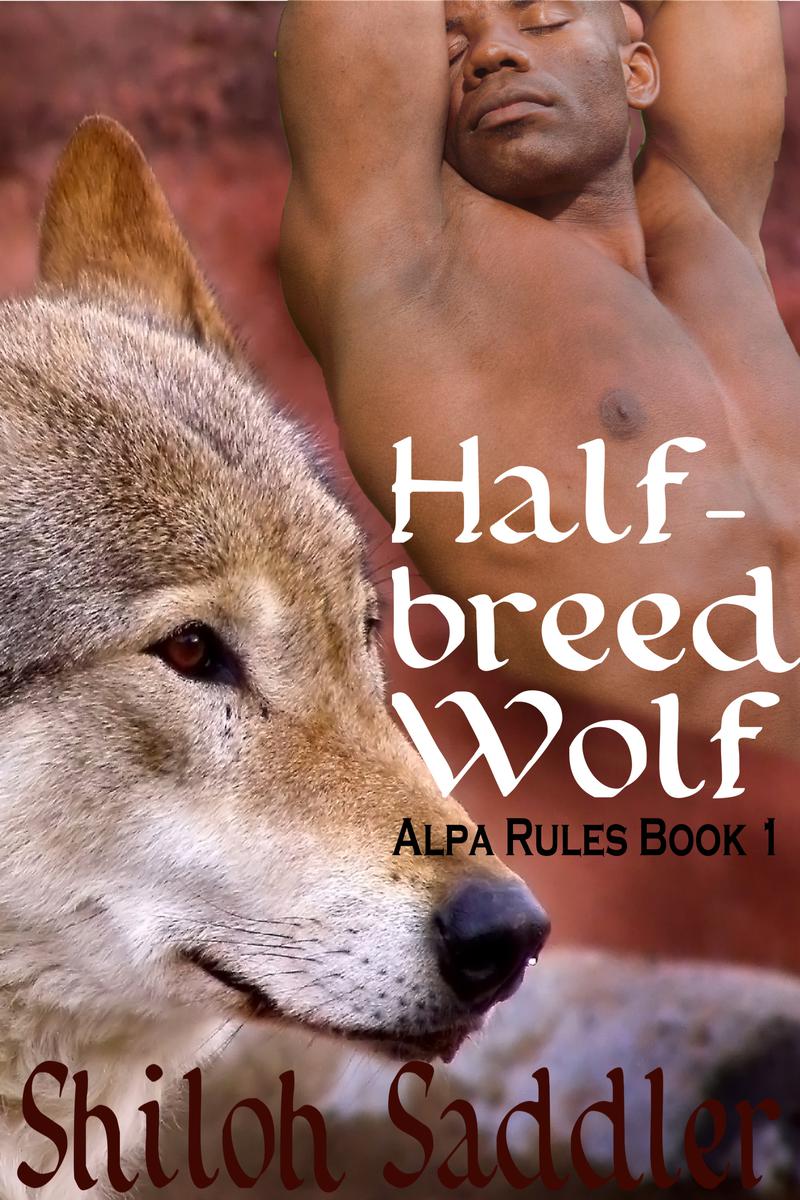 This is a work of fiction.
The characters, incidents, and dialogue are products of the
author’s imagination and are not to be construed as real. Any
resemblance to actual persons, living or dead, is
entirely
coincidental.

No part of this publication may be
reproduced, stored in a retrieval system, or transmitted in any
form or by any means, electronic, mechanical or otherwise,
including photocopy, recording or any information retrieval system,
without the written permission of the publisher. This e-book is
licensed for your personal enjoyment only. This e-book may not be
re-sold or given away to other people. If you would like to share
this book with another person, please purchase an additional copy
for each recipient. Thank you for respecting the hard work of this
author.

Lance knelt at the freshly dug grave,
singing his father’s death song. The man had suddenly taken ill. He
barely had time to say goodbye. He mourned privately, the others in
the village giving him space as was their way. Taking a small knife
out of the sheath on his belt, he sliced his arm next to the scar
in honor of his mother. Warm blood spilled from the wound, easing a
fraction of his pain. The deep cut would form a visible scar—scar
that would serve as a reminder of his father.

As soon as he shifted into wolf form
the bleeding would stop. He drew a deep breath and slowly rose to
his feet. Now without a mother or a father all he had was his
pack.

He steps back to the village were
measured in time with the throb in his chest. When he arrived he
saw the pack gathered waiting for him. It was time to celebrate his
father’s life, not dwell on his death.

One glance at his Alpha and the dull
ache in his heart intensified as if he’d been stabbed. What was
wrong? Instead of offering to console him, his Alpha looked ready
to go on the war path. Those menacing amber eyes bore through
him.

“
Lance,” his Alpha called
in a gruff tone.

“
Come here.” Mighty Elk
motioned Lance over to him. His top lip curled, showing off his
teeth.

Lance swallowed hard, his inner wolf
trembling. The man was imposing when he was in a good mood with
broad shoulders, his limbs bulging with muscles and
sinew.

Standing in front of him, Lance tilted
his head to the side, exposing his throat.

“
I tolerated you as a
favor to your father,” he growled. “Not that he’s dead you are no
longer welcome here.”

Lance blinked. Did he hear his Alpha
right? He’d done everything he could to fit in. He’d adopted all
their traditions and beliefs. “Not welcome?” His shaky voice
sounded almost ghostly.

The Alpha snapped his fingers and his
Beta overpowered Lance.

He landed on his back with a thud, the
wind knocked out of him. The Beta held him down. Sobs bubbled up
his throat and he did not try to push them down. He was a small
man, no match to fight his captors if he’d had it in him to
fight.

His Alpha stood over him sneering.
“You really are a poor excuse for a man. It wasn’t your father’s
fault. He was a great warrior and will be honored. Your mother
ruined you.”

Lance didn’t respond. There was
nothing to say. He’d heard it all before, and now he didn’t have
his father to come to his defense.

His Alpha held a small branding iron
to the fire. After it glowed red he pulled it out and held it in
the air waiting for it to cool to the proper temperature. “I forbid
you from shifting from this day forth,” he snarled.

His inner wolf shrunk deeper inside
him, cowering.

The Beta’s turned Lance’s head to the
side, showing his cheek. His Alpha pressed the hot iron onto
Lance’s skin and he howled.

This couldn’t be happening. It was all
a nightmare. Why didn’t his Alpha just spare him the agony and kill
him?

Exiled from the pack after his
father’s death, Lance didn’t have anywhere to go. He touched the
small S branded on his left cheek. The flesh had healed, but the
emotional scar ran clear to the bone.

Lance’s anger ebbed leaving him numb.
He might as well be a nothing. He had no family, no connections. He
should just sing his death song and… He heaved a loud sigh. That
would be the coward’s way out, and would not bring him an honorable
passing. He’d brave the miserable storm his life had
become.

He stayed hidden in the day time, only
traveling by the light of the moon. In wolf form he had protection.
He longed to shift, to race through the wilderness and hunt, to see
the fear in the eyes of the rabbits and deer as he passed. In wolf
form, he was still at the top of the food chain, holding on to some
form of dominance. As a human he was as low as they came. Damn it.
He might be trapped in human form forever unless he could find
another Alpha to give him permission to shift.

That seemed highly
unlikely. The Wolf Creek Pack were the only shifters he knew within
hundreds of miles. He’d heard rumors of roving bands in the
wilderness. Even if they existed and he could find one, they
wouldn’t want to make him a member. He
really
was a poor excuse for a
shifter.

Lance yawned, his feet heavy. He
hadn’t had a decent meal in days. He’d been walking for countless
miles on two legs. Now all he wanted to do was lie in the soft
grass and sleep.

Three horse and riders approached
riding fast, their mounts snorting. Lance didn’t have time to hide.
He stood at the side of the road, head bowed. White men had a low
opinion of Indians and Africans and he was half of both.

“
What do we have here,”
the largest of the men said. The round, stocky man dismounted and
strode up to him reeking of false importance. “What’s your name,
boy?”

“
Lance, sir,” he said in a
soft voice. He didn’t want to cause trouble. Lately trouble had a
way of finding him.

One of the other men, a tall scruffy
fellow spat a stream of tobacco juice on the ground. “You got
permission to be out?”

“
You hear that?” The
stocky fellow said. He exchanged a smile with his friends. “He
thinks he’s free. Is that so, boy?”

“
I belong to no one.” He’d
never be collared. No one would want him.

The stocky man grunted. He reached
over with a meaty hand and forced his head back and to the side.
“That S on your cheek tells a different story.”

“
Are you going to come
with us peaceably or do we have to drag you back to where you
belong?”

Belong? He didn’t belong anywhere. His
mouth felt dry, his tongue thick. Where did they plan to take
him?

The man let go of his chin. One of his
companions tossed him a whip. The large fellow let the leather fall
softly across his fingers. “Now,” he said in a rough voice, eyes
narrowed. “Are you going to cause trouble?”

The stocky man put a hand on his
shoulder, fingers digging into his skin. Lance winced and the two
men leered down at him, pleased with his pain.

Damn them. Damn them all.

“
Good, boy.” He said again
and gave him a push toward a large oak tree. “Maybe we’ll go easy
on you this time.”

Oliver cussed under his breath. He
headed down the stairs, the gas lamps casting pools of light in the
darkness. Being summoned at this hour only meant one thing:
patrollers. While he didn’t mind staying up late at night, they
were far from pleasant company.

He pulled a few dollars out of his
money clip ready to give to the men in exchange for whoever they
dragged back. Some days challenging his father for control of their
pack seemed a better option than managing his plantation in Texas.
But he wanted to keep peace in the family for his mother’s sake.
After his father died or became too old to lead he’d take
charge—peacefully.

He opened the door and saw Mr. Pierce
holding the arm of a wiry colored man he’d never seen before. The
stranger’s scent was a mixture of man and wolf. Oliver’s nape
prickled, and he found himself both alarmed and aroused. He’d
thought he was the only shifter this close to Mexico.

Mr. Pierce gave the colored man a
shove in his direction. “We saw the S on his cheek and figured he
was yours, Mr. Sawyer.”

Oliver nodded. “Thank you.” He handed
Mr. Pierce the money. “I’ll deal with him,” he said in a stern
tone.

Panic flashed in the colored man’s
eyes, but he did not move.

Mr. Pierce mounted and the three men
rode away. Oliver was glad to be rid of the lot. He looked the
stranger over with an appraising eye. He couldn’t be more than
twenty. In the moonlight he saw his features were more Indian than
African although his parentage was clearly both. So that’s how he
became a shifter.

He’d never heard of an African
shifter—at least not in the United States. But there were plenty of
Indian shifters. Even though the man averted his eyes, every muscle
screamed anger.

The hairs on Oliver’s arms bristled.
He’d have to handle this one with kid gloves.

The man showed his clenched teeth. “I
don’t belong to you, sir. I belong to no one.”

Oliver bobbed his head
slightly.
Not for long.
“You think they’d believe that?” Oliver’s gaze
shifted to where the patrollers had disappeared down the road. “You
know they’d take my word over yours.”

The stranger grunted. He was trapped
and he knew it. His erect posture softened to a meek
demeanor.

Now where should he start the
conversation? The best place to start was usually the beginning.
“Was your sire a shifter?”

“
You belong to a pack?”
Oliver asked even though he already knew the answer.

He drew a sharp breath. “Not any more,
sir.” His voice was airy. If it hadn’t been for his keen hearing he
probably wouldn’t have caught the words.

Oliver’s nostrils flared. He inhaled
the man’s masculine scent a heady mix of leather and sweat and a
hint of pine. His tongue circled his lips, wishing he was tasting
him instead.