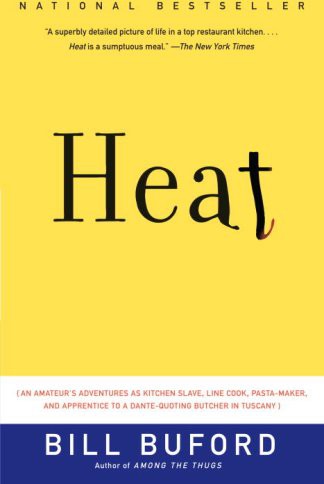 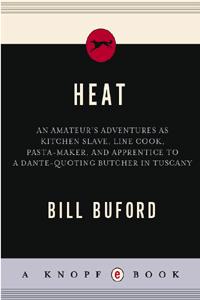 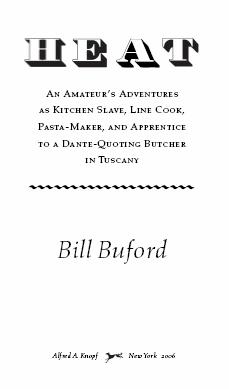 A human being is primarily a bag for putting food into; the other functions and faculties may be more godlike, but in point of time they come afterwards. A man dies and is buried, and all his words and actions are forgotten, but the food he has eaten lives after him in the sound or rotten bones of his children. I think it could be plausibly argued that changes of diet are more important than changes of dynasty or even of religion. The Great War, for instance, could never have happened if tinned food had not been invented. And the history of the past four hundred years in England would have been immensely different if it had not been for the introduction of root-crops and various other vegetables at the end of the Middle Ages, and a little later the introduction of non-alcoholic drinks (tea, coffee, cocoa) and also of distilled liquors to which the beer-drinking English were not accustomed. Yet it is curious how seldom the all-importance of food is recognized. You see statues everywhere to politicians, poets, bishops, but none to cooks or bacon-curers or market gardeners.

T
HE FIRST GLIMPSE
I had of what Mario Batali’s friends had described to me as the “myth of Mario” was on a cold Saturday night in January 2002, when I invited him to a birthday dinner. Batali, the chef and co-owner of Babbo, an Italian restaurant in Manhattan, is such a famous and proficient cook that he’s rarely invited to people’s homes for a meal, he told me, and he went out of his way to be a grateful guest. He arrived bearing his own quince-flavored grappa (the rough, distilled end-of-harvest grape juices rendered almost drinkable by the addition of the fruit); a jar of homemade
nocino
(same principle, but with walnuts); an armful of wine; and a white, dense slab of
lardo
—literally, the raw “lardy” back of a very fat pig, one he’d cured himself with herbs and salt. I was what might generously be described as an enthusiastic cook, more confident than competent (that is, keen but fundamentally clueless), and to this day I am astonished that I had the nerve to ask over someone of Batali’s reputation, along with six guests who thought they’d have an amusing evening witnessing my humiliation. (Mario was a friend of the birthday friend, so I’d thought—why not invite him, too?—but when, wonder of wonders, he then accepted and I told my wife, Jessica, she was apoplectic with wonder: “What in the world were you thinking of, inviting a famous chef to our apartment for
dinner
?”)

In the event, there was little comedy, mainly because Mario didn’t give me a chance. Shortly after my being instructed that only a moron would let his meat rest by wrapping it in foil after cooking it, I cheerfully gave up and let Batali tell me what to do. By then he’d taken over the evening, anyway. Not long into it, he’d cut the
lardo
into thin slices and, with a startling flourish of intimacy, laid them individually on our tongues, whispering that we needed to let the fat melt in our mouths to appreciate its intensity. The
lardo
was from a pig that, in the last months of its seven-hundred-and-fifty-pound life, had lived on apples, walnuts, and cream (“The best song sung in the key of pig”), and Mario convinced us that, as the fat dissolved, we’d detect the flavors of the animal’s happy diet—there, in the back of the mouth. No one that evening had knowingly eaten pure fat before (“At the restaurant, I tell the waiters to call it prosciutto bianco”), and by the time Mario had persuaded us to a third helping everyone’s heart was racing. Batali was an impressively dedicated drinker—he mentioned in passing that, on trips to Italy made with his Babbo co-owner, Joe Bastianich, the two of them had been known to put away a case of wine during an evening meal—and while I don’t think that any of us drank anything like that, we were, by now, very thirsty (the
lardo,
the salt, the human heat of so much jollity) and, cheered on, found ourselves knocking back more and more. I don’t know. I don’t really remember. There were also the grappa and the
nocino,
and one of my last images is of Batali at three in the morning—a stoutly round man with his back dangerously arched, his eyes closed, a long red ponytail swinging rhythmically behind him, an unlit cigarette dangling from his mouth, his red Converse high-tops pounding the floor—playing air guitar to Neil Young’s “Southern Man.” Batali was forty-one, and I remember thinking it had been a long time since I’d seen a grown man play air guitar. He then found the soundtrack for
Buena Vista Social Club,
tried to salsa with one of the women guests (who promptly fell over a sofa), moved on to her boyfriend, who was unresponsive, put on a Tom Waits CD instead, and sang along as he washed the dishes and swept the floor. He reminded me of an arrangement we’d made for the next day—when I’d invited Batali to dinner, he’d reciprocated by asking me to join him at a New York Giants football game, tickets courtesy of the commissioner of the NFL, who had just eaten at Babbo—and then disappeared with three of my friends, assuring them that, with his back-of-the-hand knowledge of downtown establishments open until five, he’d find a place to continue the evening. They ended up at Marylou’s in the Village—in Batali’s description, “A wise guy joint where you can get anything at any time of night, and none of it good.”

It was daylight when Batali got home. I learned this from his building superintendent the next morning, as the two of us tried to get Batali to wake up—the commissioner’s driver was waiting outside. When Batali finally appeared, forty-five minutes later, he was momentarily perplexed, standing in the doorway of his apartment in his underwear and wondering why I was there, too. (Batali has a remarkable girth, and it was startling to see him clad so.) Then, in minutes, he transformed himself into what I would come to know as the Batali look: the shorts, the clogs, the wraparound sunglasses, the red hair pulled back into its ponytail. One moment, a rotund Clark Kent in his underpants; the next, “
Molto
Mario”—the clever, many-layered name of his cooking television program, which, in one of its senses, literally means
Very
Mario (that is, an
intensified
Mario, an
exaggerated
Mario)—and a figure whose renown I didn’t appreciate until, as guests of the commissioner, we were allowed onto the field before the game. Fans of the New York Giants are so famously brutish as to be cartoons (bare-chested on a wintry morning or wearing hard hats; in any case, not guys putting in their domestic duty in the kitchen), and I was surprised by how many recognized the ponytailed chef, who stood facing them, arms crossed over his chest, beaming. “Hey, Molto!” they shouted. “What’s cooking, Mario?” “Mario, make me a pasta!” At the time,
Molto Mario
was shown on afternoons on cable television, and I found a complex picture of the working metropolitan male emerging, one rushing home the moment his shift ended to catch lessons in braising his broccoli rabe and getting just the right forked texture on his homemade orecchiette. I stood back with one of the security people, taking in the spectacle (by now members of the crowd were chanting “Molto, Molto, Molto”)—this very round man, whose manner and dress said, “Dude, where’s the party?”

“I love this guy,” the security man said. “Just lookin’ at him makes me hungry.”

M
ARIO
B
ATALI
is the most recognized chef in a city with more chefs than any other city in the world. In addition to Batali’s television show—and his appearances promoting, say, the NASCAR race track in Delaware—he was simply and energetically omnipresent. It would be safe to say that no New York chef ate more, drank more, and was out and about as much. If you live in New York City, you will see him eventually (sooner, if your evenings get going around two in the morning). With his partner, Joe, Batali also owned two other restaurants, Esca and Lupa, and a shop selling Italian wine, and, when we met, they were talking about opening a pizzeria and buying a vineyard in Tuscany. But Babbo was the heart of their enterprise, crushed into what was originally a nineteenth-century coach house, just off Washington Square, in Greenwich Village. The building was narrow; the space was crowded, jostly, and loud; and the food, studiously Italian, rather than Italian-American, was characterized by an over-the-top flourish that seemed to be expressly Batali’s. People went there in the expectation of excess. Sometimes I wondered if Batali was less a conventional cook than an advocate of a murkier enterprise of stimulating outrageous appetites (whatever they might be) and satisfying them intensely (by whatever means). A friend of mine, who’d once dropped by the bar for a drink and was then fed personally by Batali for the next six hours, went on a diet of soft fruit and water for three days. “This guy knows no middle ground. It’s just excess on a level I’ve never known before—it’s food and drink, food and drink, food and drink, until you feel you’re on drugs.” Chefs who were regular visitors were subjected to extreme versions of what was already an extreme experience. “We’re going to kill him,” Batali said to me with maniacal glee as he prepared a meal for a rival who had innocently ordered a seven-course tasting menu, to which Batali added a lethal number of extra courses. The starters (all variations in pig) included
lonza
(the cured backstrap from the cream-apple-and-walnut herd),
coppa
(from the shoulder), a fried foot, a porcini mushroom roasted with Batali’s own
pancetta
(the belly), plus (“for the hell of it”) a pasta topped with
guanciale
(the jowls). This year, Mario was trying out a new motto: “Wretched excess is just barely enough.”