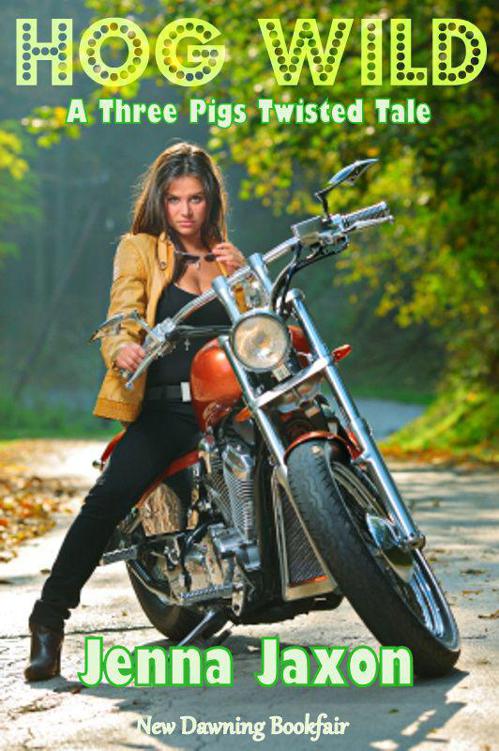 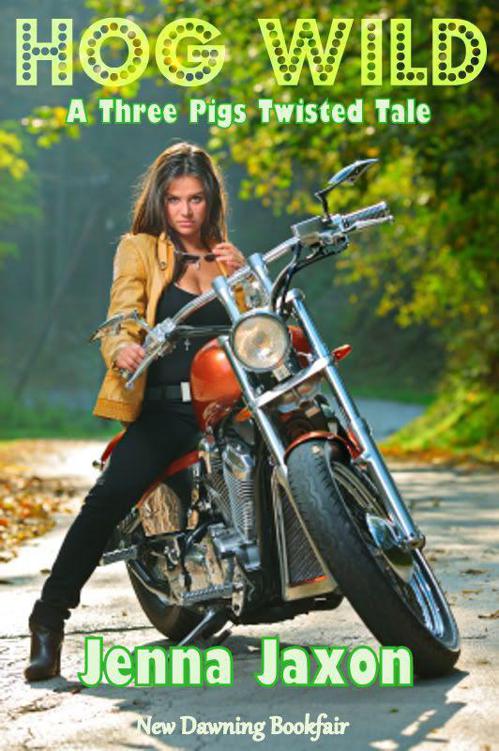 L
ula had been doing 90 mph flat out down Route 178 when the motorcycle between her legs sputtered. She reached forward to open the petcock, and discovered the switch already flipped. No reserve.
Damn pig! Riding around with half a tank of gas and the petcock open. How stupid can you get? Now probably all kinds of crap’s been sucked into the fuel line.
She scanned the horizon where dawn was breaking over the desert sands, pink and peach reflected in the hovering clouds. She would have to make a detour.

Coasting, Lula pulled in the clutch and rode the slowing Kawasaki GPZ 550 down the middle of the deserted highway. Through the stillness she detected the faint stirrings of life in the distance.
Great. I have to walk two miles because that piggy little biker didn’t know any better than to leave his reserve open.
A smile flickered over her lips.
Well, at least he got what he deserved.

She eased on the brake and put a foot out to steady herself. A flick of her left heel sent the kickstand down. Pausing a moment, she scanned the desert road for the miracle of an approaching car.
Fat chance this time of day.

Lula sighed and dismounted. She unlaced her black skullcap, shook her hair free, and unstrapped her backpack. One more hopeful glance for traffic as she stuffed the helmet in, then she pushed the bike to the side of the road. There were no regrets in leaving the GPZ—headed to the biggest Harley-Davidson Rally on the west coast she’d have ditched it before she got there anyway, out of respect for the H.O.G. members.

She started a steady jog down the road.
Have to change into my work clothes when I get closer to town
. Thoughts turned to the blond biker she’d left in a hotel in Vegas.
No pleasure there
. Lula picked up the pace and the exhilaration of speed made her thoughts turn charitable.
Maybe the pig couldn’t satisfy. But he was mighty…tasty.

“Son of a bitch bastard.”

Flat on his back, Beau Hogue’s arm cramped with the strain of trying to tighten the bolts on his 1955 Harley-Davidson Panhead bobber—again. He swore colorfully every time he worked on his bike, which meant constantly.

Love at first sight, the Panhead had been a complete wreck when he rescued it from a friend’s barn where it gathered dust and rust for at least thirty years. Beau worked on the bike every day for the last year and a half and had fixed most of its countless problems. But he’d never managed to correct the trouble with the bolts. At least not for good. No matter how tight he ratcheted them, they managed to work themselves loose.

The sultry voice came out of nowhere. Beau shot upright as though bitten, conking his head on the exhaust header.

“Shit!” He put a hand out to steady his bike and peered at the woman with annoyance that changed abruptly to appreciation. His appraising stare began at her high-heeled black leather boots that ended mid-thigh, then traveled up three inches of perfectly tanned skin before the edge of the tiniest black leather mini-skirt came into view. The soft, dark material covered the bare essentials only, hugging her hips before smooth skin reappeared. A twinkle of metal at her navel captivated him. The jeweled ring glinting in the early morning sunlight sent a Morse Code message straight to his cock—Sex On Site. His grin broadened as his flesh stretched.

Her bandeau top barely confined perfectly round breasts. The sight stopped Beau’s upward trek as he tried to convince himself he could see dark nipples through the white cloth. He licked his lips and forced his eyes to her face.

Had he died and gone to hog heaven? What he wouldn’t give to—

He started breathing again and his eyes strayed from the sensual movements of her lean fingers to the short, dark tunnel of her skirt yawning in front of his face underneath the engine of the Harley. When the woman hunkered down, the micro-mini rode clear up her thighs until Beau found himself inches away from a thatch of dark curly hair. God, that tantalizing musky smell drove him wild. He swallowed hard as his erection sent painful warnings: make good on this situation immediately or you are going to be one embarrassed boy in stained jeans.

Before Beau could put two words together, the goddess rose with an ease and grace that screamed she was not a woman who’d just lie there in bed. This gal had to be a mover.
Bet she’s one of those that likes to be on top
. Though only nineteen, Beau had had his share of women, …well, girls at least. And he had tried two or three different ways, but always came back to his favorite. Doggie style—the name said it all in his opinion. But if this woman wanted to hop on him like he was Jesse’s Blue Phantom, hell, he’d love to be taken on that ride.

Lying on the ground, aware that the crotch of his jeans strained under the pressure his cock exerted against the worn fabric, Beau couldn’t utter a word to save his soul. He watched enthralled as the goddess cleared the bike and kept walking—until she towered over him, one booted foot on either side of his hips. Her pussy was maybe two feet directly above his complaining dick. If he unzipped his fly, and she zoomed straight down—

“Can we go inside?” She licked her blood-red lips. Her smile revealed wicked white teeth.

He was a goner.

Lula Blows Down an Obstacle

H
e’s just a kid, but he’s got a bitchin’ bike.
That had been Lula’s thought when she walked up his sandy driveway. Now, standing over him, smiling down into this round, boyish face, with its snub nose and chestnut hair falling into sexy blue eyes, heat stirred between her thighs. Not that she would change her course, but perhaps she would be a bit more—gentle when the time came.

“Can we go inside?” With studied practice, she licked her lips and curled them into a smile. And was rewarded with a look of absolute lust. More like a dog with its tongue hanging out than a pig. No matter. Lula offered her hand to the boy and pulled him to his feet. She was surprised at his height—six feet at least, may six one. Height didn’t matter, though length certainly did. The longer the better for her purposes.

“You’re a tall one.” She let him lead her across the clumps of stubborn grass that clung to life amid a sea of sand toward a faded beige ramshackle trailer. The mobile home looked as though a good wind would blow it into Kansas.

He turned and grinned at her, his pale blue eyes twinkling. “Yes, ma’am. Six one and a half. And more than that in my pants.”

Lula threw back her head and laughed at his audacity. “You got a name, Mr. Six-Foot-One and then some?”

“You can call me Lula, Beau.” After climbing three rickety steps, they crossed the threshold and Lula surveyed the dim little den that was Beau’s home. Typical furnishings for a man, cluttered and unkempt. Thank God he took better care of his motorcycle. “Where can I wash up? I got a bit of grease on my hand.” She showed him the smudge she had deliberately smeared along her thumb. “That’s why I asked to come in.”

His face fell seven stories at her words and Lula bit her lip to hide her laughter. She really should not play with him this way. The reckless enthusiasm in his face and certainly his audacious manner made her like him more than the others. And she was curious about the “more than that in my pants” boast. This might turn out more satisfying than she expected.

“Uh, sorry about that.” Beau dropped her hand and pointed towards the kitchen sink, more than half filled with dishes. “You can go right there, ma’am.” He looked her up and down, unmasked regret in his eyes.

“Thanks, Beau, but I was hoping for a bathroom. You know, so I could freshen up.”

“Oh, sure. Right through here.” The boy moved awkwardly past a television in the tiny living room and started down a short, dark hallway. He stepped into the bedroom then turned to open the bathroom door for her. “Here you go, ma’am. I’m sorry it’s so cramped.”

He shot her another big grin. “Right, Lula.”

She raised one sleek eyebrow. “Now you stay right there, okay? I won’t be a minute.”

He looked puzzled, but nodded. Lula stepped into a bathroom about the size of a coffin on end and closed the door. Despite the close quarters, it took only moments to prepare for the onslaught. Not that she thought this would be a difficult conquest. Assuming a seductive smile, Lula turned the knob and stepped out.

Beau’s jaw hit the ground for a second time that morning when the bathroom door opened and Lula strutted into his bedroom naked except for her tall black boots and onyx navel ring. His cock had calmed down after her statement about just wanting to wash up; now his boner sprang to attention with such enthusiasm he expected it to unzip his jeans. Her mouth curled into a feral smile that made him wonder if this was some retroactive pipe dream from the last time he smoked weed. If so, he was gonna make Jesse get him some more of that shit.

“This is your bedroom?”

The low, rumbling sound of her voice robbed him of his. He could only nod, his eyes never leaving her big, beautiful breasts, mere inches away. The nipples were dark brown, the peaks jutting straight out, just asking to be tweaked. Beau swallowed before drool ran down his chin.

She grabbed his hands, placing one on the firm flesh of her left breast, the other on her right. His thumbs immediately circled the dark nipples, the pebbled flesh hardening even further until they were like bullet tips. He pinched them gently at first, then harder, each movement sending wake-up calls to his aching rod.

Beau stopped long enough to ask in a cracked voice, “I thought you said you just wanted to wash your hands?”

That greedy smile was back. “I didn’t say that was the only thing I wanted to wash.”

He must have looked confused, because she continued, “I wanted to see if you were telling the truth outside. About what’s in your pants.”

Beau caught his breath as her hand snaked down, lightning fast to unzip his jeans. His cock needed no further urging and sprang free into her waiting hand.
This had better not be a damn hallucination.
She stroked the length, raking her nails lightly along the sensitive skin. He shivered as his dick grew rock hard and he groaned. It was becoming more difficult to remain standing.
Well, that’s what beds are for
.

“Let’s get more comfortable, Lula.” His hands slid down across her lean abdomen to rest on her hips and he pulled her closer.

“Yes, let’s.” She released his cock and seconds later her magic fingers had stripped his jeans from him. Lula glanced down at his naked body and back to his eyes. Her smile widened. “I just love a man who goes commando. All the time?”