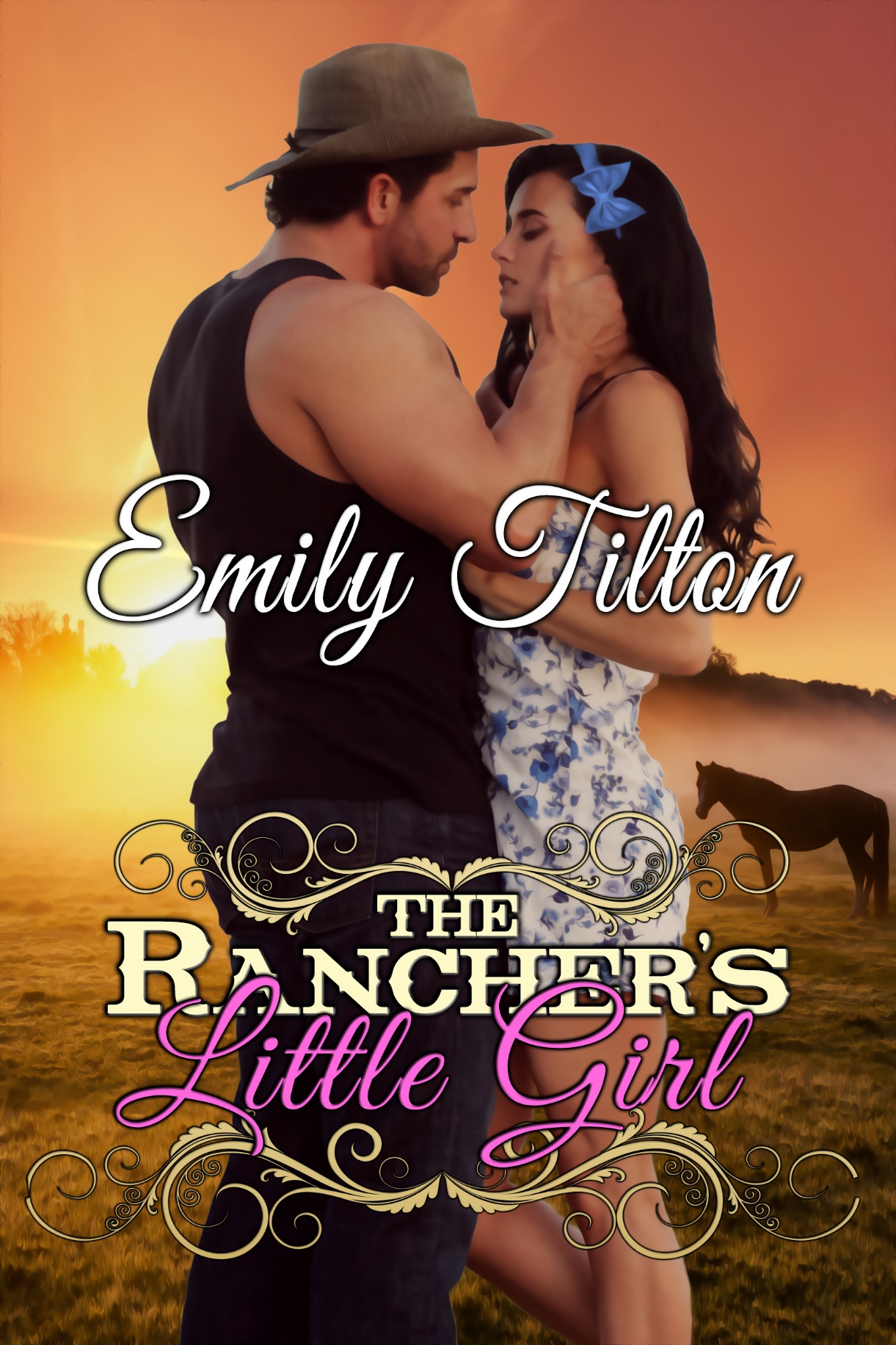 All rights reserved. No part of this book may be reproduced or transmitted in any form or by any means, electronic or mechanical, including photocopying, recording, or by any information storage and retrieval system, without permission in writing from the publisher.

This book is intended for
adults only
. Spanking and other sexual activities represented in this book are fantasies only, intended for adults.

The senator said to the girl, “If you do come to my house tomorrow with your friend, you have to understand that your panties, and your friend’s panties, will be coming down, sweetheart.”

The girl was the eighteen-year-old daughter of the biggest donor to his re-election campaign, and Victoria knew the moment she heard the senator say it, from where she stood hidden by a wall of coats at the other end of the cloakroom, that she had the story she needed to bring him down. Months and months of growing horror at how corrupt his political machine had become, and increasing discomfort at sleeping with him when he felt like it, had led to this terribly mundane little revelation: it was always their cocks that got them into the biggest trouble, and Senator Bob Austin’s cock had just got him into a world of hurt—if the girl took him up on his offer and Victoria could get in there to get some evidence.

Herman Loper, the girl’s father, conservative oil tycoon, would not get in the way of the story; now, if Victoria could come up with the evidence that his precious, virginal daughter had been taken, with a friend no less, to the senator’s luxurious mansion to have her maidenhead plucked. Not only would the scandal last at least a week or two, since the Austins had always done their best to maintain the appearance of a perfect married life despite having hated one another’s guts for at least ten years—but Victoria would have cut Austin’s financial support off at the knees.

And she would be rid of the senator herself.

Cynthia Loper giggled. “What if I said that Annie and I might not want to take our panties off, senator?”

God bless Cynthia,
Victoria thought irrationally.
The perfect willing victim
. The girl couldn’t have more than a glass of wine in her, but Bob Austin was one of the handsomest men in Washington, and Cynthia’s burgeoning sexuality had made it very easy for him to get her into the downstairs cloakroom of the gallery where he had attended a big opening, and she had just ‘happened’ to turn up—and now the combination of wine, handsome senator, and burgeoning sexuality were making Cynthia very curious.

That was his thing, though Victoria had never let him do it to her, and he hadn’t insisted or gotten dominant or anything, since he needed her to plant the stories that made his operation run.

“What would you spank us with?”
Wait
… Cynthia wasn’t just curious. She clearly wanted a spanking. That thought sent a strange sensation through Victoria’s body. She tried to push it away, but to hear this eighteen-year-old sound so frankly interested in having her bottom smacked made Victoria feel lightheaded for a moment.
If sweet Cynthia Loper wants a spanking, and isn’t afraid to admit it—well, at least to pursue it—maybe I…

“Well, I’d start with my hand, sweetheart, and then if you still wouldn’t take your panties down for me, I’d have to use my belt.”

Victoria had to bite her lip to keep herself from emitting a whimper at that. Dammit, why did this shit have to be involved—the sex stuff that got her so fucking conflicted? She knew that a story about how Senator Austin had whipped Cynthia Loper and a young friend named Annie with a belt would blow up very, very big—even bigger than straight sex—but the thought made Victoria confront the truth that even though she had told Bob Austin “No” when he said he wanted to spank her, a part of her had been saying “Yes”—and if he had said something like, “I think you’d better get over my knee, young lady,” Victoria couldn’t swear she wouldn’t have done it.

Then someone else came into the cloakroom, and the senator said, “Two o’clock tomorrow, Cynthia? You and your friend should bring your bathing suits, okay?”

The man was nothing if not intelligent about how he carried on his illicit activities: all of them, even the drugs, were 90% above the waterline, as Victoria thought of it. If he was going to take a bribe from you, he had you over to his house and gave you a sumptuous dinner. Then, when you smoked a cigar with him in his library, you knew to give him the envelope, he put it in his top desk drawer, and that was that, while you kept talking about fly-fishing.

If he was going to do some crystal meth, he found a dealer who lived in his constituency, had him over for dinner, and talked about deer-hunting, and the envelope with the meth ended up in the same desk drawer.

Here and now, planning to spank and fuck a pair of nubile eighteen-year-olds, in the presence of anyone who cared to listen he invited them over to swim in his pool.

They all left, and Victoria breathed again. The Austin mansion would not be the easiest place to get what she needed, but having slept there several times herself she thought she knew how to go about nailing the story.

The senator’s mansion lay in the wealthiest part of the state capital. The wealthy residents had built the big homes there spaced well away from one another. If Victoria hadn’t known that Senator Austin’s next-door neighbor, a prosperous surgeon, had gone away on a vacation to the Caribbean, she couldn’t imagine how she would ever have been able to get close enough to have a prayer of getting the story. But sticking her nose into other people’s business—and, indeed, doing so to the point of trespassing when necessary—now made up such a natural part of Victoria’s life that she didn’t feel even a single pang of guilt as she crossed the surgeon’s property to take a position in a stand of trees that overlooked the senator’s lovely resort-style pool, with the hot tub bubbling away in one corner.

From her vantage point in the trees, twenty minutes later, Victoria saw the girls’ car—a little foreign coupe that fit the daughter of a billionaire very well—drive by the surgeon’s house and turn into the senator’s driveway, where the security gate opened to admit them. The car was lost to sight behind the senator’s enormous French country style house, but ten minutes later the girls emerged onto the pool deck, accompanied by the senator himself. Cynthia was wearing a truly skimpy white bikini, looking just as nubile as she could with her blond hair streaming down her back and her blue eyes twinkling mischievously at the senator. Her friend Annie, an even more beautiful girl than Cynthia, had light brown hair down to her shoulders, and wore a green bikini whose top seemed ready to burst under the pressure of her rather sizable breasts.

Victoria began taking pictures. She got some good ones of the senator mixing strong drinks for the eighteen-year-olds at the poolside bar, and then giving them to the girls. That might actually be good enough to make the story count, but Victoria was hoping for much more, and she had taken her stand in a place where she thought she could get a shot through the window of the pool house into which she was fairly sure the senator would take one or both girls.

She watched the senator, still holding Cynthia over his lap, turn to Lou and say something. Then she watched Lou stand up, take off his belt, and hand it to the senator. Dammit. What was it about a man’s belt? There was something so paternal in the way the senator went about whipping Cynthia Loper’s backside. He seemed to do a very thorough job, and even without the zoom lens Victoria could see the streaks of red appearing on the creamy cheeks of the girl’s eighteen-year-old bottom. When the senator finally went ahead and pulled down the bikini to reveal Cynthia’s shaved pussy, Victoria was sure she could see that the girl’s pink inner lips, just peeping out, were glistening with her arousal.

The senator said something to Annie, and Annie stood up hesitantly. She had a look of reluctance on her face that set Victoria’s blood on fire. The senator gestured to her, and she walked slowly over to where he held Cynthia over his lap. He pointed to Cynthia’s bottom, and seemed maybe to be saying that Annie should take a look at it.

Through the zoom lens, Victoria could see that Annie’s reluctance was now mixed with arousal of her own, and she did bend her face down to look where the senator was pointing. Victoria imagined what he was saying: he must be telling her to observe how hot the spanking was getting her friend. The senator said something else, and there was a sort of angry expression on his face. Annie shook her head. The senator nodded, and put his hand down on Cynthia’s bottom. Victoria couldn’t see Cynthia’s face, but the girl’s back arched with the pleasure of it.

Annie shook her head again. Then the senator gestured for Lou to come over, and he handed the belt back to the security guy. Annie turned around with fear in her eyes, and then Lou had her over his knee, and he was whipping her with the belt.

Victoria’s heart seemed ready to pound through her chest. Never in her wildest dreams had she imagined either that she would see a scene so debauched and likely to create just the scandal she hoped for, or that that sort of scene would turn her on so much that she had difficulty not putting the camera down and working her hand inside her jeans to touch her own pussy.

Annie was biting her lower lip as Lou whipped her, and then finally she nodded. Lou moved her over toward where the senator was now rubbing Cynthia’s pussy while Cynthia moved her hips rhythmically against his hand like a kitten hoping for a scratch behind the ears.

As she watched the scene go from spanking to sex, with the senator laying Cynthia and Annie side-by-side over the deck chair, with their backsides to him and their bikinis down, Victoria thought about why she had slept with him in the first place.

Even before the bribery and the drugs, Senator Bob Austin had been an obvious asshole. The first time he had kissed her, and she had made up her mind to fuck him, she had told herself that it was because the stories she would get out of it would be the ones that made her career. But even then, even before she had refused the spanking and the videos and the anal—which it appeared Cynthia and Annie were now going to get—she had been self-aware enough to understand that something in the way he kissed her, indeed even in how that kiss, with its careless dominance, demonstrated how much of an asshole he was, she had realized that a part of her wanted to be dominated that way.

And so, even with the refusals of the kinky stuff, the way Senator Austin had fucked Victoria aroused her beyond anything she had ever experienced in bed. He fucked hard, and he moved her into the positions he wanted her in—usually with him taking her from behind, and pounding his cock into her pussy like a jackhammer.