BOOK: Horrible Harry and the Ant Invasion
>>DOWNLOAD HERE >>READ ONLINE NOW
ads
Everyone looked at the thermometer. The mercury was way above the green zone. “Who would do such a horrible thing?” Miss Mackle exclaimed.
Everyone looked at Harry.
I did too. Harry loves to do horrible things.
Miss Mackle waited for someone to speak.
Sidney spoke first. “Harry is the fish monitor. He did it!”
“Do you know anything about this?” Miss Mackle asked Harry.
Harry shook his head.
Miss Mackle said we wouldn't be doing “little theater” that afternoon. She didn't feel like doing anything fun. She was too disappointed.
We just worked at our seats the rest of the afternoon.
It was a long day.
When Harry lined up at three oâclock, no one wanted to stand next to him.
Except me.
“Do you think I did it?” Harry asked as we walked home.
I didn't say anything. I wasn't sure.
“Doug,” Harry said. “I wouldn't do anything
that
horrible. I plan on being a great scientist someday. With you, remember? I would never take the life of a single living thing. Not a beetle, or an ant, or a single blade of grass.”
I knew Harry never mowed the lawn. He told his mother he couldn't kill the grass.
We walked home without talking. We didn't even eat Harry's homemade fudge. We just didn't feel like it. The next morning, Harry made a poster and put it up by the fish tank. It was a picture of a tombstone and a graveyard. It said GOD BLESS R BLAK MOLLY.
Then in the top part was a bunch of fish with yellow wings and halos flying around.
“What's that up there?” I asked.
“Fish heaven,” Harry replied.
Miss Mackle started the morning as usual with a conversation.
“Boys and girls, we need to talk about our fish. We are responsible for them. Somehow, we made an error.”
Sidney raised his hand. “Harry is the fish monitor. He likes to do horrible things. Harry did it. He should stay after school.” Then he sat back in his chair and smiled. 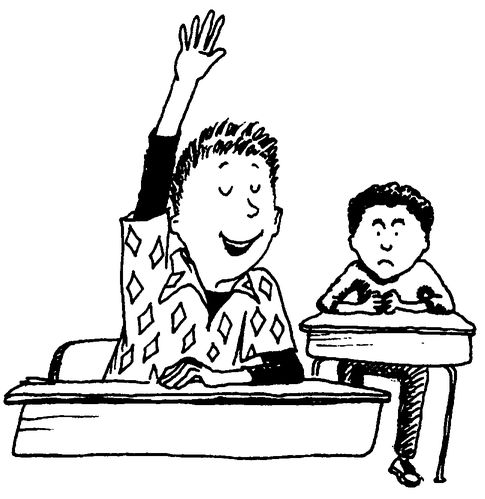 I looked at Sidney. Then it dawned on me. Revenge. That's what Sidney wanted! He wanted to get even because Harry had put ice water down his back.
Harry raised his fist at Sidney. “I wouldn't cook a fish like that.”
“Prove it!” Sidney replied.
“Harry,” Miss Mackle said, “do you know anything about how the black molly died?”
Harry shook his head.
Everyone made a face. No one believed Harry but me.
“Did anyone see someone at the fish tank just before the lunch bell? I asked.
Song Lee had her hand in the air for the
first
time.
“Yes, Song Lee,” Miss Mackle said. “Did you see someone?”
Softly, Song Lee spoke, “I see Sidney by the tank just before bell ring. He reach behind where knob is.”
Sidney sank down in his chair.
Miss Mackle glared at him.
Sidney looked at the teacher, then the class. His face turned red. “I didn't mean to kill the fish. I just ... just ...”
“Just what?” Miss Mackle asked.
“... wanted to get”âSidney's voice got softer and softerâ“Harry in trouble.”
“We'll talk about it after school,” Miss Mackle said firmly. 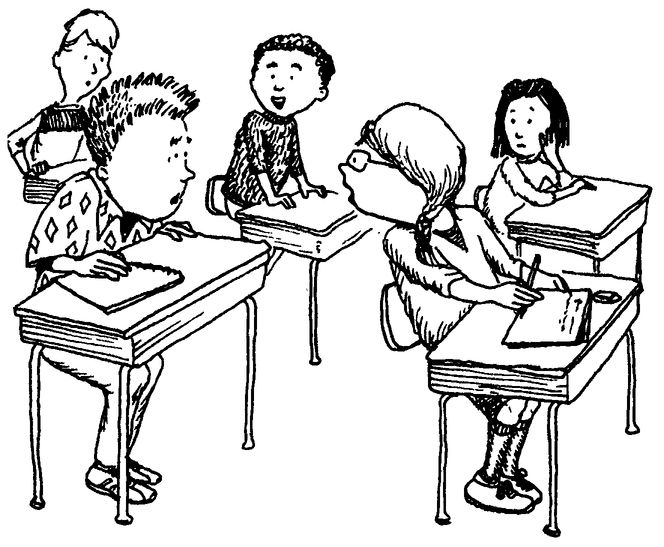 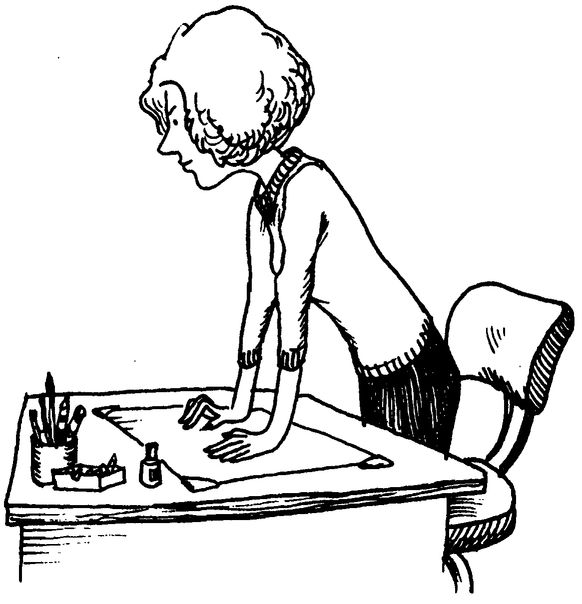 Harry looked over at Song Lee.
And beamed.
Harry really isn't
that
horrible. On a scale of 1-10, he probably is a 7 for horribleness.
Then I noticed Harry get up and get his lunch box. He took something out of it and gave it to Song Lee.
It was the two pieces of homemade fudge!
Forget that 7. Anyone who gives
my
fudge away to a
girl
is a 10! 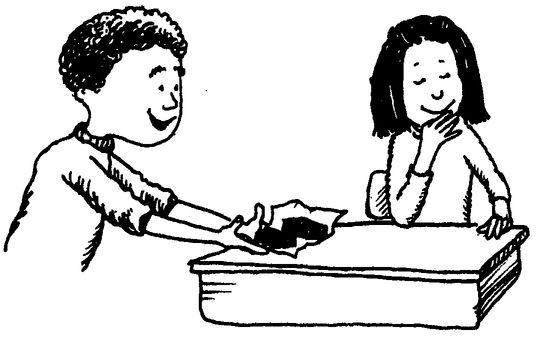 Horrible Harry and the Class Picture 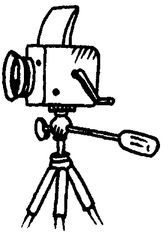 Tuesday everyone came to school looking very neat. It was picture day for Room 2B.
“How nice everyone looks!” Miss Mackle exclaimed.
We looked at the teacher's hairdo. It was really curly. And it looked red.
“Did you dye your hair?” Mary asked the teacher.
Miss Mackle's face turned red. “No, I just”âher voice got softerâ“just used a red rinse.” 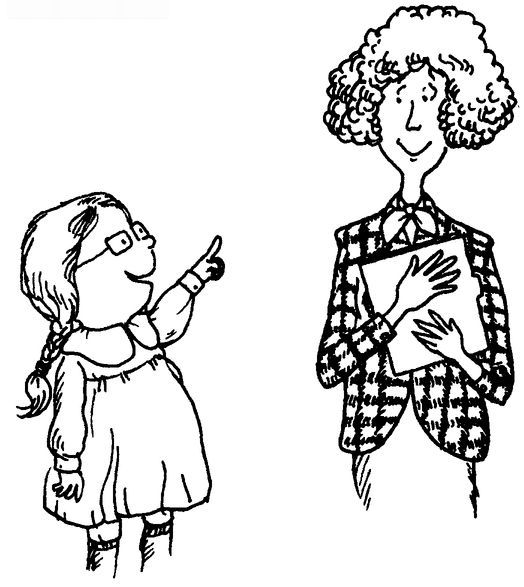 “You look pretty,” Harry said. And then he flashed his white teeth.
“Thank you, Harry, you look quite nice in your suit and tie.”
“My mother made me wear it. She's ordering pictures for all my relatives for Christmas.”
“Will we get free combs this year?” Sidney blurted out.
“Let's hope so,” Mary said. “You need one.”
Everyone looked at Sidney. His hair stuck out all over his head.
Miss Mackle took out her red attendance book. “Let's see, everyone is here today except ... Song Lee?” 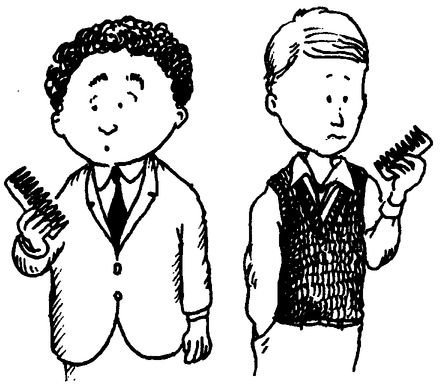 We looked around. She wasn't at her desk or next to the fish tank or sharpening a pencil.
Harry frowned. “Do you think she's sick?”
“I hope not,” Miss Mackle said. “It would be so nice to have everyone present for the picture.”
Just then, Song Lee appeared at the door.
Harry's eyebrows shot up.
Miss Mackle went to meet her. “Why, Song Lee, you look beautiful.”
Song Lee looked down at the floor. Her hair was in a bun. Two white flowers were pinned on either side of her hair.
She was wearing a long dress and a flowered sash. When Song Lee looked up she said, “Mother want to send picture to Korea for my relatives.”
Miss Mackle smiled. “They will be very pleased.”
Just then Mrs. Foxworth appeared at the door. “The photographer is ready for Room 2B in the gym now.”
As we walked down the hall, I said to Harry, “We probably won't get to stand next to each other. I'm four inches taller than you.”
“I know,” Harry replied. “I'll probably be next to the king of hairdos.”
I knew who Harry meant.
Sidney.
“Maybe you'll get lucky,” I said.
“What do you mean?” Harry asked.
“You might be next to Song Lee.”
Harry looked at me and grinned.
“You might be next to the teacher,” Harry said.
I frowned.
When we got in the gym, a mother passed out orange combs. Another mother went up to each student and helped to comb their hair. When she got to Sidney, she couldn't get his snarls out.
Then the comb broke.
“Okay, kiddies!” the photographer said. “Line up over here.” 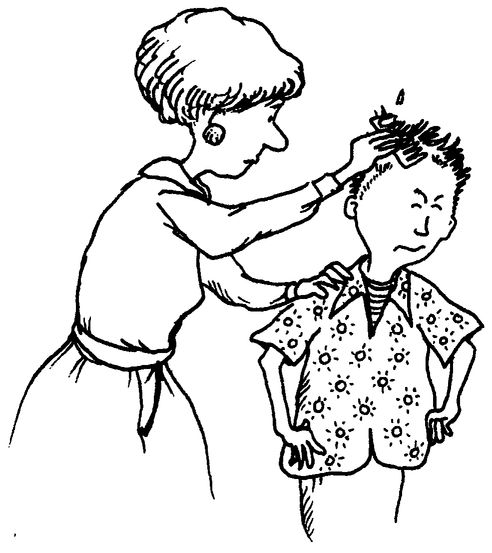 Against the Ropes by Jeanette Murray
The Harvest (Book 1) by Ferretti, Anne
Prochownik's Dream by Alex Miller
Pavane by Keith Roberts
The Running Vixen by Elizabeth Chadwick
Avalon by Lana Davison
Tempted by the Billionaire: A Hometown Hero Series Novel by Connelly, Clare
Conall's Legacy by Kat Wells
The Collector of Remarkable Stories by E. B. Huffer
Nasty Girls by Erick S. Gray