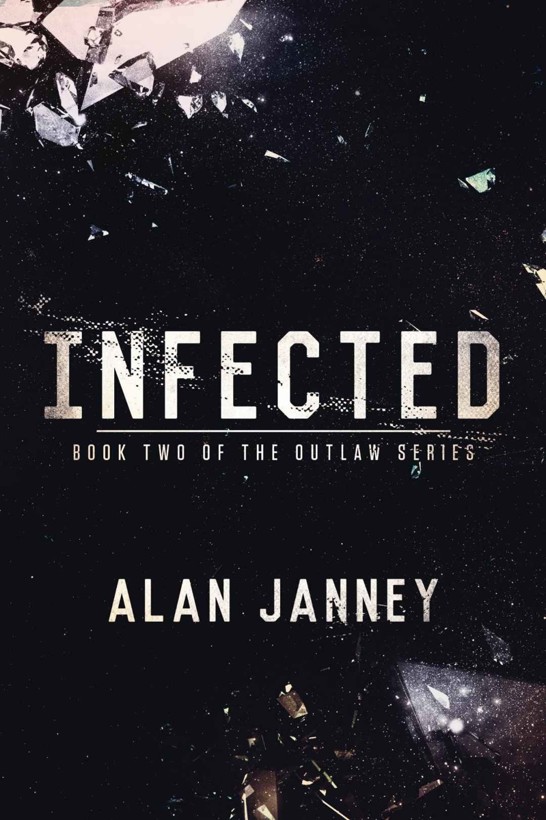 All rights reserved. No parts of this book may be used or reproduced in any manner whatsoever without written permission from the author.
This is a work of fiction. Names, characters, businesses, places, events and incidents are either the products of the author’s imagination or used in a fictitious manner. Any resemblance to actual persons, living or dead, or actual events is purely coincidental.

“A Night With Natalie North.” By Teresa Triplett

The Outlaw told us that we would see more…creatures like him soon, but we weren’t receptive. He expressed the danger to Los Angeles, but we laughed him off. The man in the mask was stepping outside of his innocuous narrative, or so we thought, and the citizenry didn’t appreciate the intrusion. Wasn’t his fifteen minutes of fame enough?

We were mistaken. Los Angeles is
still
staggering. We have paid the price for our folly, for our arrogance. However, even in retrospect, how could we have possibly been prepared? I’ve watched the videos countless times and I still cannot believe what I’m seeing. Who
are
these people? And why can’t we find them?

And speaking of missing persons, what has become of the masked man himself? We all watched him die, completely incinerated. Didn’t we? Or did we all collectively hallucinate that awful night?

I first heard the rumors a week ago, and then the grainy photographs began circulating. Whispers in the dark that our hero hadn’t succumbed to mortality just yet. Perhaps we are not abandoned after all.

The one person who might know for sure agreed to talk with me but either cannot or will not comment on the Outlaw. Natalie North has just finished her spring semester and is packing for Vancouver to shoot a movie. Her agent and manager has purchased her a condo in New York City, in case Los Angeles is no longer safe when filming wraps in August.

We sit down for coffee and she doesn’t mince words.

“The Outlaw has been incredibly decent to me, and he might be Los Angeles’s best hope for peace, if he’s alive. Even if I knew anything about his life, his death, or his whereabouts, why would I betray him to the media?”

She is not mad. She is simply matter-of-fact.

I don’t have an answer for her, other than a selfish one; I would sleep better at night if I knew he was still alive.

(continued on page 3A)

“There were giants on the earth in those days…Those were the mighty men, who were of old, men of renown.”
Genesis 6:3-4.

“Sir Launcelot took another spear and unhorsed sixteen more of the King of North Galys’ knights, and with his next, unhorsed another twelve; and in each case with such violence that none of the knights ever fully recovered.”
– Sir Thomas Malory, The Tale of Sir Lancelot

“You’ve said that before,” Katie Lopez beamed at me.

“You’re cute when you’re jealous,” she said and she touched me on the nose with her finger. I sat on the bed in her small, pink and perfumed room watching her get ready for her date. I hated the outfit she'd picked out; it was far too small and tight. But she just laughed when I suggested she wear sweatpants and a hoodie. Her finger turned my whole face hot and tingly.

“I’m not jealous,” I protested. Again.

“Yes you are,” she said, arms raised to fasten her silver necklace. “And I like it.”

“You’re jealous but you’re really not allowed to be. You have a girlfriend. Remember? The prettiest girl in school?” she reminded me pointedly. “And I have a date with a gorgeous Patrick Henry Dragon.”

In fact, I’m in love with her.

I had been for years. I fully admitted this to myself for the first time a few months ago, when she almost died. She’d been kidnapped in October and the police couldn’t find her for over twenty-four hours. Thankfully she’d been rescued unharmed but that day was the worst of my life. Katie is my childhood best friend and I don’t want to live in a world without her. I really like Hannah, my girlfriend, especially when I was around her. She’s overwhelming. But Katie is a way of life for me, as important as oxygen.

“You can not, you
can not
go on a date with a Patrick Henry Dragon. We’re Hidden Spring Eagles. The Dragons are our rivals,” I said.

“I know! It’s forbidden love, which is romantic,” she grinned, and she began doing something to her face in the mirror with a makeup brush. She’d been growing increasingly pretty as she transitioned out of childhood. Did she know that? I was positive she didn’t care; she only cared about being our school’s next valedictorian.

“It’s not romantic. And it’s certainly not love! Ugh. The Dragons are scum,” I said and took another bite of a chocolate bar. Katie kept her room permanently stocked with chocolate for me. I’d been bingeing on the stuff recently. She lived in an apartment down the street from my family’s townhouse.

“Tank is not scum,” Katie admonished me. “He’s too perfect.”

“Chase,” Katie snapped. “I’ve been waiting to go on this date for over two months. It’s January. He asked me out in October!”

“Whatever! Mami has had me barricaded in here for two months, like I’m in the witness protection program or something. I’ve been anticipating tonight for sixty days, Chase. So please try and not ruin it for me?”

What could I say? Nothing. I
wanted
to say so many things but
could
say none of them. What I wanted to tell her most of all?

The guy she was going out with tonight was the very big fat scumbag that had kidnapped her two months ago. She just didn’t know it. And I couldn’t tell her.

I secretly tailed her car downtown. Her mother was driving her to Tank’s apartment in the city, and I trailed five cars back in my trusty old Toyota. Her mother, a sweet Latina lady, drove five miles under the limit so I had no problem following through the thick Los Angeles traffic. Katie would kill me if she knew.

In the stylish northeastern section of the cavernous city, not far from Echo Park, her burgundy sedan disentangled itself from the snarl and eased to a stop next to a familiar brick building. I parked illegally a block away and watched through the stop-light traffic. I was intimately familiar with that five-story apartment building. I’d never been in it, but I’d been on top of it. Weird, but true.

A massive young man emerged from the building’s grand double-door entrance. It was Tank Ware. The best high school football player on the planet. Junior at Patrick Henry High. Athletic freak. Absurdly handsome. Mind-bogglingly wealthy. A latino, like Katie. Local thug. Slum lord. My nemesis. And Katie’s kidnapper. Despite Katie’s kidnapping being videotaped by TWO helicopters, including one flown by the police, Tank had miraculously escaped. No one knew his real identity, not even Katie.

Well, one person knew. Me. But I couldn’t tell her.

I had four reasons. One, Katie already suspected I’d developed a crush on her and so she’d just assume I was lying due to jealousy. Two, everyone else would assume I was lying to get revenge on Tank, whose team had defeated mine in our recent football championship. Three, I worried what Tank might do to Katie if I ‘snitched’ on him. Four, and of conclusive importance, I couldn’t prove a thing.

As always, Tank was wearing white gloves. One day I’d figure out why. He opened the sedan’s passenger door and extended his gloved hand to Katie, but only because I didn’t have laser beam eyesight and couldn’t vaporize him on the spot. Blushing beautifully, Katie accepted the offered hand and stepped out of the car. Katie’s mother climbed out of the driver side and walked around to be greeted by the handsome couple who had emerged from the apartment building. The two ladies hugged and then the grown-ups chatted amiably. Katie was smiling up at the young man and bouncing on her toes in excitement.

I wanted to die. But instead I pulled out a mask.

I hadn’t worn the mask in two months, not since I fought Tank and found Katie. I wore it to hide my face, obviously, but it had turned into something else, something ridiculous and out of control. Cameras had filmed me while wearing the mask and national interest had been piqued. I’d been given a nickname, and now suddenly the whole world was after me. But no one knew the real identity of the Outlaw. No one except Tank, which made my blood boil.

So now he and I lived in an uneasy truce, a cold war that threatened to boil over any day.

I found a hidden corner and scrambled up the wall, my fingers and shoes grabbing surfaces that barely existed. This new trait of mine was still unnerving. I flung myself over the parapet and ran to Tank’s five-story apartment building, reaching the roof via a pristine fire escape staircase. Everything was familiar. I’d been here several times visiting Natalie North, an actress that claimed to be in a romantic relationship with the Outlaw. She wasn’t exactly wrong about that. But she wasn’t right either. The Outlaw was just me in a ski mask, not some cool superhero. A case of mistaken identity. Or superimposed identity. Or…something weird.

I felt exposed on the roof, because this building was only five stories high and it was surrounded by taller towers. Millions of windows stared at me from above. Was I being watched?

I glared at the penthouse door. It stared back. What was I doing here? What
could
I do? It’s a free country. Katie can date whoever she wants. If I bust down the door and interrupt their date, Tank would unmask me. I’d be humiliated. But…was I just supposed to sit by quietly and let it happen? Let her date her own kidnapper? I stalked back and forth, fuming.

No One Needs to Know by Kevin O'Brien
A Second Chance at Crimson Ranch by Michelle Major
Dare by Hannah Jayne
Marine for Hire by Tawna Fenske
Soldiers of Conquest by F. M. Parker
Any Woman's Blues by Erica Jong
Battered Not Broken by Celia Kyle
No Immunity by Susan Dunlap
The Heretic Kings by Paul Kearney
The Scent of Death--A Sukey Reyholds British police procedural by Betty Rowlands