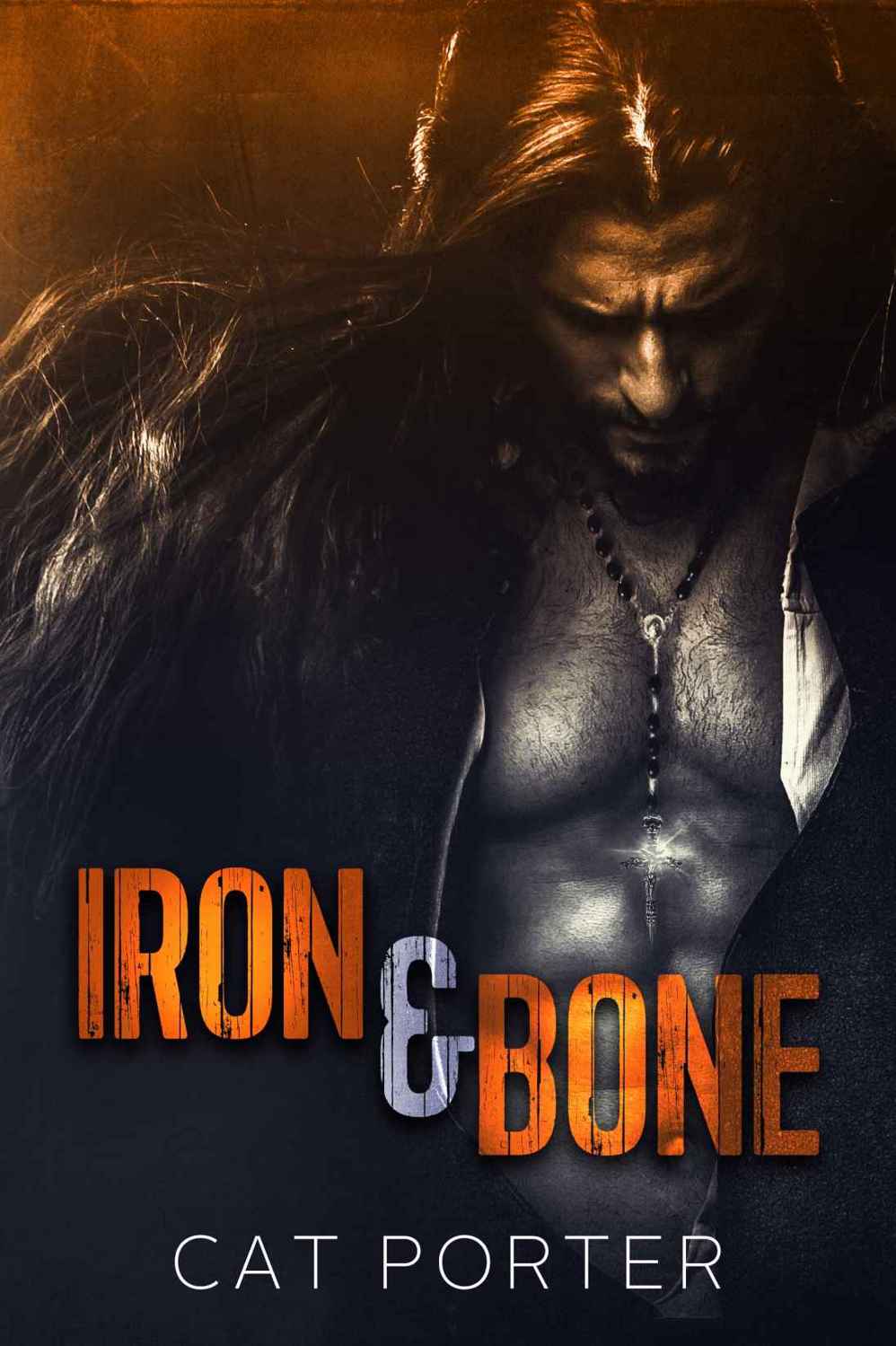 Copyright © 2015 by Cat Porter
All rights reserved.
Visit my website at
www.catporter.eu
Cover Designer: Najla Qamber Designs
Editor and Interior Designer: Jovana Shirley, Unforeseen Editing,
www.unforeseenediting.com
Proofreader: Perfectly Publishable
No part of this book may be reproduced or transmitted in any form or by any means, electronic or mechanical, including photocopying, recording, or by any information storage and retrieval system without the written permission of the author, except for the use of brief quotations in a book review.
This book is a work of fiction. Names of motorcycle clubs are not to be mistaken for real motorcycle clubs. Names, characters, places, and incidents either are products of the author’s imagination or are used fictitiously. Any resemblance to actual persons, living or dead, events, or locales is entirely coincidental.

Other Books by Cat Porter

We’re always running from something. We convince ourselves we’re free, but we aren’t, not really.

Running from the bad things, running from the good things—they both have power over us. Both haunt, fluttering over us with vague glories, tinting us with deep failures.

I doused my failures with gasoline. Held them at bay with knives, guns, my hands, my bike, my brothers.

But not my heart.

No, my heart was the flame that would light the match, ignite the blaze.

My heart made me hang on.

Because my mother’s quiet faith and stubborn determination made me believe in a better day, someday.

Because, once upon a time, my cousin would hold my hand. Her trembling would ease, and so would mine.

Because my best friend had seen me through the worst, the darkest part of myself, the both of us dirty, bloody, bruised in the back of a truck heading out of Colorado and into the unknown. Because he’d killed for me, and I’d killed for him.

Because my friend Grace had come home and had risen from her ashes. She’d breathed new life into me, making me believe that there could be brighter days instead of the endless pages I had surreptitiously torn for myself from the notebook of my life.

I’d been running but essentially standing still for years. Left behind and edging forward on my own, I’d created my niche in my club, and I was content. I didn’t need a hell of a lot, and I really didn’t give it much thought. My way of life had become rote, straightforward, a day-by-day of not too much, not too little, and just enough.

Then, out of the blue, sixteen years later, on a weed-filled cracked sidewalk in a tiny Nebraska town on a cloudy afternoon, surrounded by suitcases, boxes, and crates crammed with her stuff—all of it obviously quickly collected—there she was.

The pixie, the angel, the herald.

Grace introduced us. Tania, Grace’s friend, held a baby—Jill’s baby—settling her into a car seat in the back of Jill’s shit-box car.

Her face was flushed, her strawberry-blonde hair knotted into two loose buns at the back of her head. Her shoulders were set in a rigid line. Dogged. Determined. Relieved.

She’d been running a long time, too.

Her body stilled when she saw me.

Ah, Jill, you’ve come back to haunt me. To pull things from me, damnable things. I don’t want to look at them or touch them or feel them. Their spiky edges will tear my skin. I’d tightly bound them all in chains long ago and thrown away the keys.

I can keep you bound though, where you need to be, alongside the others and all my smoke.
Otherwise, I will have to pay with what is left of me.

Pay with my scarred body.

“
I’M A LITTLE OBSESSIVE
. I admit it freely and openly.”

“You can’t live without these mochas, huh?” Matt asked.

“Guilty as charged.” I led the way to the sugar and creamer counter, taking in the rich roasted coffee and cocoa fragrance rising from the white mug in my hands. “Only the Meager Grand Cafe’s mochas. And my daughter is just as obsessed with their cupcakes.”

He laughed. “Then, I’m glad I came here with you. If you like this place, it must be fantastic.” He beamed his white smile at me, and my cheeks heated under his unabashed gaze.

Time to get used to it.

Matt moved in closer to me at the counter and grabbed a few napkins from the dispenser, brushing up against me. That had to be on purpose.

With a sip of my latte, I squelched the tickle rising in my throat. Matt was cute and sweet, and every time he saw me at the rehab center where I took Rae—my ex-boyfriend’s mother—he would be helpful and attentive, like he was being right now. Rae had just been diagnosed with multiple sclerosis and could no longer be on her own. My daughter—her granddaughter—and I had needed somewhere to stay, so we were currently living with her, and I’d help take care of her.

I tore open a Stevia packet, adding a bit to my decaf mocha.

Matt handed me a stirrer.

I took in a tiny breath. Who the hell handed you a stirrer when it was right in front of you? Only a thoughtful, kind gentleman—that’s who.

This was why I had picked up and left Nebraska at a moment’s notice, wasn’t it? Because I was done with the wondering and the arguing and the wishing things were different, wishing that my ex, Catch, was different. I’d finally made a clean break with him, the one-percenter outlaw who’d cheated on me, was never really home anyhow, but we’d managed to have a baby together. Our relationship had once been passionate and fun, but both our insecurities and ambitions had chipped away at it until its luster had worn thin, and a mountain range of resentment had torn right through it.

Now, I was living the daydream I used to have while working at that launderette in Nebraska or pouring drinks for Catch’s brothers at the clubhouse or planning a trip to the nearest Walmart, which wasn’t very near at all, feeling as if it were a shopping trip to New York City. Back then I’d dreamed of being free from living my life according to the laws and demands of the monstrous global enterprise known as the Flames of Hell MC. I’d dreamed of not belonging to a tribe whose needs I had to usually put above my own. Most importantly, I’d dreamed of giving my daughter a real sense of family.

Here in Meager, I was truly happy for the first time in what felt like forever. I could sit in this great cafe and have coffee with a good guy who clearly liked me and literally not have a care in the world. I had even explained my surrogacy pregnancy for my friend Grace and her husband, Lock, to Matt last week. His eyes had widened as he’d emitted a long “
Wow
.” The knowledge had only boosted his already eager attention.