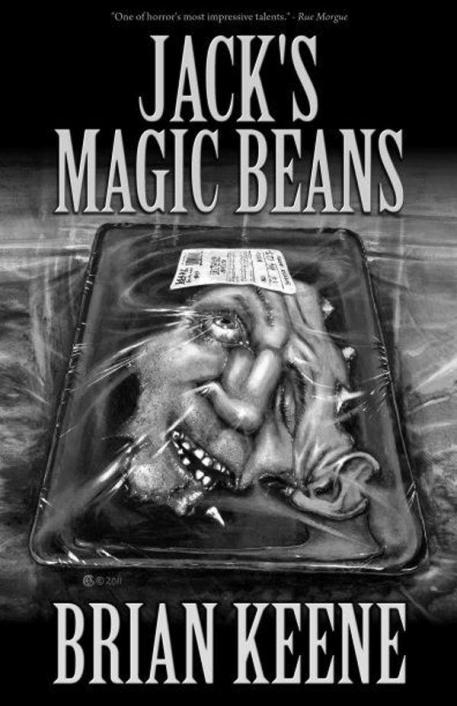 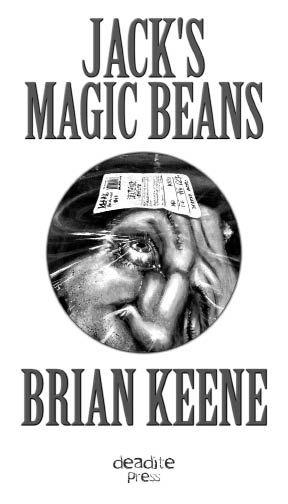 All rights reserved. No part of this book may be reproduced or transmitted in any form or by any means, electronic or mechanical, including photocopying, recording, or by any information storage and retrieval system, without the written consent of the publisher, except where permitted by law.

Printed in the USA.

For this new edition of
Jack’s Magic Beans
, my thanks to everyone at Deadite Press; Alan Clark; Monica Kuebler; Nate Lambert; Dennis Duncan; Sean and Francesca Lewis; Adam Brelsford; Tod Clark, Kelli Owen, Mark Sylva, and John Urbancik (who proofread the original version); Geoff Cooper (for Without You); J.F. Gonzalez (for The King in Yellow); Mary SanGiovanni; and my sons.

I Am An Exit

This Is Not An Exit

The lettuce started talking to Ben Mahoney halfway through his shift at Save-A-Lot.

He’d shown up for work ten minutes late. Mr. Brubaker was waiting for him at the time clock.

Ben sighed. “Sorry, Mr. Brubaker. I had to stay late after school. I was talking to my teacher. Been having trouble with calculus.”

This was bullshit. In fact, Ben had hung around to ask Stacy Gerlach if she’d go to Eleanor Murphy’s party with him on Friday night. Eleanor’s parents were in New York for the weekend on one of these bus trips where you got to go shopping and see a Broadway show. The party was supposed to be off the hook—two kegs and a DJ playing trance-hop all night long. Sadly, Stacy already had a date. Pissed off at this news, Ben had blown through two red lights on his way to work. He’d also blown his sub-woofer because the bass was cranked too high. Ben’s bad day got worse, and his anger was still simmering when he rushed in.

He did not tell Mr. Brubaker any of this. Instead, he apologized and swore that it wouldn’t happen again.

Scowling, hands on hips, Brubaker stomped away to holler at somebody else. Ben swiped his timecard, walked into the break room, pulled his smock out of his locker, and fished around in his pockets for loose change. He put four quarters into the soda machine, waited for the can to clunk down, popped the tab, took a sip, and then started his shift—all while trying to ignore the dull headache building behind his eyes.

Ben worked part-time in Save-A-Lot’s produce department. He came in during the evenings and spent four hours rotating the fruit and vegetables—a process that involved pulling all of the produce out of the bins, placing fresh produce on the bottom, and then putting the older produce back on top. That way, customers would pick the older stuff first and it wouldn’t go bad. The only problem with this method was that most of the people who shopped at Save-A-Lot knew about rotation and they invariably dug through the fruits and vegetables to the bottom of the bin, thus finding the fresher selections and fucking up all of his hard work.

Old people were especially bad about doing this, and that was one of the reasons Ben hated them. He also hated the way they walked and the way they smelled. He hated it when an old person was in front of him on the road. They didn’t know how to drive. He hated it when they walked in front of him, blocking the aisle. He hated how they always bothered him with stupid questions when he was busy stocking shelves. He worked in the produce department. He knew where the apples were. Why, then, would they ask him where the spaghetti was located? You want to find the pasta? Try reading the fucking signs.

So when he saw the old woman squeezing the peaches, and the lettuce told him to kill her, Ben agreed. It seemed like a reasonable idea.

His headache got worse.

“Kill that old bitch,” the heads of lettuce said in unison. They’d each grown a little mouth, the size of his thumbnail. Their voices were high-pitched, like a cartoon character. “Knock her over and kick her goddamned face in. Bet she’s wearing dentures. No fucking way those teeth are real.”

Ben dropped the spray bottle that he’d been using to mist the cucumbers. He stared at the lettuce. After a moment, he smiled, forgetting all about the pain behind his eyes. The lettuce smiled back at him.

“We are the lettuce. We know everything. It has always been thus and always will be. The lettuce is wise. Now kill that old bag.”

It was hard to argue with lettuce. Like they’d said—they were wise. Shrugging, Ben dropped his apron on the floor, rushed across the store and knocked the old woman to the floor. Her head cracked against the linoleum. It sounded very loud. The sound made Ben smile. He kicked her in the side of her face. The old woman’s dentures skittered beneath the banana display. The lettuce had been right. They weren’t her real teeth.

The old woman pawed at his pants leg. Her eyes implored him.

Ben spit in her face. “You squeezed. The fucking.
Peaches.
”

Then Ben stomped her face again, harder this time. Her nose splintered beneath his heel. Ben realized that he had an erection. Rubbing himself through his jeans, he raised his foot and stomped a third time. And a fourth. Then he stood on top of her face with both feet and ground his soles back and forth, pushing down with all his weight. Something gave way beneath his feet. His shoes grew wet.

The old woman was the first to die. Ben died seconds later when Roger from the floral department skewered him through the chest with a broken mop handle. Roger laughed as he thrust the spear again. He stopped laughing and became the third to die when a customer ripped his tongue out with her bare hands.

Then everybody started dying at once.

Tom Brubaker had a headache and shouting made him feel better. After he was done hollering at Ben Mahoney, he shouted at the cashiers and the butchers and the baggers and a delivery guy and the little old Asian woman who ran the grocery store’s Chinese kiosk. Then he yelled at Jeremy Geist, the short, pudgy kid who was re-arranging the book and magazine display.

“Damn it, Geist. How many times do I have to tell you? Every book should be faced out. People are more likely to buy the fucking things if they can see the goddamned covers.”

Mr. Brubaker arranged the books on the shelf so that the front covers were facing outward. “See? How hard is this?”

Geist’s bottom lip trembled. Brubaker focused on it, overcome with disgust. His headache intensified. His temples throbbed. Somebody screamed on the other side of the store. Brubaker ignored it. He said nothing. He didn’t speak. Didn’t holler. Didn’t move.

Jeremy Geist thought that was worse—the not hollering part. He’d never seen Mr. Brubaker be quiet before. It made him nervous. He wondered who was screaming and why. Then more people started shrieking. There was some kind of commotion in the produce department. Things were getting weird. Shouldn’t Mr. Brubaker be concerned about what was happening, rather than the book display? Jeremy, remembering some advice his counselor had given him on dealing with conflict, decided to reason with his boss.

“I knew I was supposed to face them out, sir. It’s just that there’s not enough room. There are too many books and not enough space in the display.”

While Jeremy had been talking, Brubaker had been staring at the books. He’d barely heard a word the young employee said. His protests and explanations were like the buzzing of insects. Now that Jeremy was done, Mr. Brubaker grinned.

Brubaker’s headache vanished. He glanced back to the shelves. Each of the paperbacks had the same title:
KILL ‘EM ALL
.

Now You See It... by Vivian Vande Velde
DeVante's Coven by Johnson, SM
Miss Marianne's Disgrace by Georgie Lee
The Diehard by Jon A. Jackson
Romancing Rudy Raindear (Sexy Secret Santas) by Leo, Mary
The Well of Darkness by Randall Garrett
Heaven Beside You by Christa Maurice
Street Kid by Judy Westwater
Sonora by Pastor, Juan
Hambre by Knut Hamsun