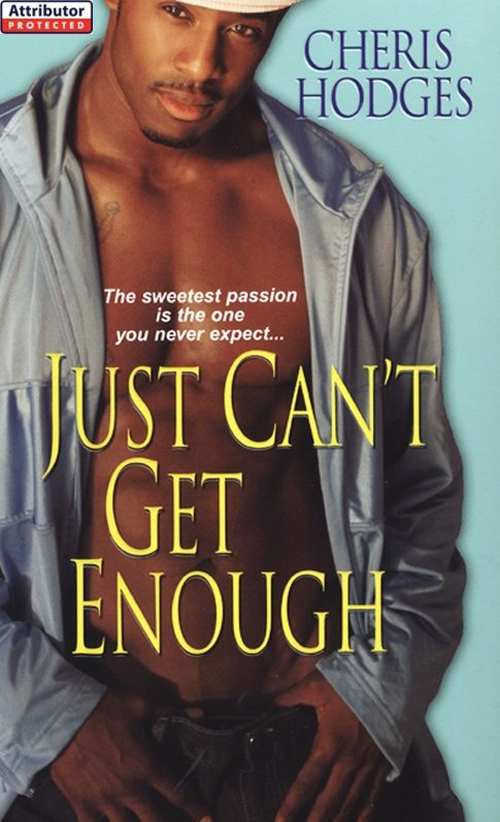 JUST CAN'T GET ENOUGH
“So, this is how the night ends?”
“What were you expecting, Darius McRae?” Celina asked, her voice like a midnight tease.
Darius stood up and walked over to her. He didn't care if it was too soon. He had to taste her lips. “This,” he said as he captured her mouth with his.
Darius's swift move caught her off guard. But what surprised her more than anything was the way she responded to his kiss, melting against him as she rose to her feet to fully lose herself in it. She parted her lips and welcomed his tongue into her mouth. It was as if his kiss had awakened every repressed desire she'd ever had. No one had ever made her knees quake or her heart shiver the way Darius had with one kiss.
JUST CAN'T GET ENOUGH
CHERIS HODGES