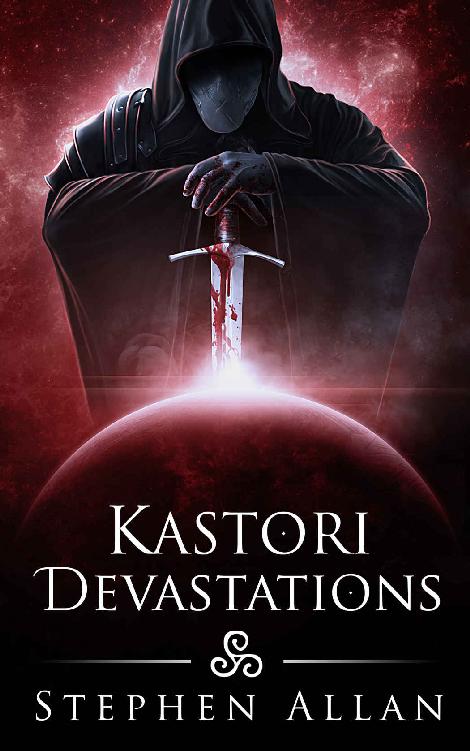 To all of my improv friends who support me, challenge me to come up with new ideas, and help me focus on what matters.

Brambles of lightning spread across the sky, striking down every couple of seconds. The echoes of thunder roared across Monda, making it difficult to distinguish between the reverberations and the original noise. The great magical storm had ravaged Capitol City and its outskirts for months, igniting numerous fires and destroying buildings and ear drums alike, and Mykos had had enough.

The former soldier, a direct understudy of the greatest warrior in the Imperial Army, dashed up a hill toward the god’s temple with a knife in his hand, rags on his body and only his training and instincts to protect him. The weary, six-foot, emaciated shell of a warrior timed his runs with the storm, using the darkness as his protection and the thunder as his shield. He had one goal, and he would sacrifice his life to accomplish that goal.

Kill the self-proclaimed god of Monda, bringing back the rule of Emperor Orthran to Capitol City.

The goal lodged in his mind, as much an instinct as breathing was. He didn’t dare even think the god’s name, lest the god sense him, strike him down, and make an example of his death to all of Monda’s incarcerated labor. But when he would thrust the knife through the enemy’s throat, even if Mykos himself were dying, he would be sure to say the god’s name with as much venom as over three years of slavery could produce.

At the top of the hill, Mykos looked at the temple—or, as he had known it, the Imperial Palace, where the great Emperor Orthran had once peacefully and fairly governed his land. The temple had decayed with its plant life ignored, its presentation shoddy and its foundation beginning to crack.

“Disgraceful,” Mykos muttered, careful not to speak over the drumbeat of thunder up above.

He pushed himself against the wall, his dirty, wet body and brown rags providing convenient camouflage to the eyes of the magicologists guarding the temple. He turned the first corner, the one which placed him in front of the wall around the palace, and glanced. No one guarded the perimeter, though that gave Mykos little comfort.

He reached the edge of the entrance, and his hand gripped his knife so tightly it felt welded to his whitening fist. Before he peeked around, he heard the steady crunch… crunch… crunch of a magicologist walking on the dirt road leading up to the temple’s actual entrance. He quieted his breathing and waited until the magicologist’s footsteps had gone beyond his wall. He took two elongated steps, touching down with the deftness of an aviant, and grabbed the black-robed figure’s mouth from behind. With his free hand, Mykos stabbed the magicologist until he went limp, and Mykos let the body fall to the ground. Mykos’ eyes lit up with hatred at the representation of his people’s oppression but kept his body from any unnecessary motions.

If you want to break the rules, you have to follow them first.

His commander’s words echoed in his head as he remembered not to waste energy on a dead enemy, no matter how emotional the sight made him. He waited for the lightning to stop and quickly continued sliding on the wall. In the absence of bolts in the sky, Mykos felt confident that only one more magicologist awaited him—one strolling on patrol in front of the entrance. But every time lightning flashed, he would see something that made him doubt his sanity—shadows of magicologists and enemies on the rooftop and the exterior wall.

When a great boom of thunder roared—so great it left Mykos hearing a high-pitched echo for several seconds—he made a dash for the wall of the interior. Disoriented from the thunderous blow, he leaned against the wall to recover. He slid to his left, one foot following the other, and when he reached the corner, he listened for the footsteps of the approaching magicologist.

Then the steps stopped.

And Mykos knew he had to act.

Ignoring subtlety, he dashed out and found the magicologist a mere four feet from him, his head slightly bowed, ready to cast a spell—or, worse, alert magicologists in the interior of Mykos’ presence. He ignored the possible consequences, figuring his death was imminent in any case, and he drove the knife straight into the face of the magicologist, through his red robes and white mask.

The magicologist crumpled to the ground, and Mykos ripped his knife back.

Before he finished, a massive lightning strike hit the ground a foot away. It blinded Mykos, who put his hand to his eyes as he let them adjust. Another lightning strike came, this one further away, but it illuminated the ground in front of him, and what Mykos saw terrified him.

Rows upon rows of black and red-robed magicologists stood, all with their hands out, combining forces to cast a spell on him. They all looked right at him, and Mykos raised his knife, ready to yell as he charged them.

But just as quickly, the lightning stopped, the magicologists disappeared, and Mykos was left with just the two dead bodies.

“C’mon,” he said, half to himself and half to whoever was playing these tricks on him.

He peered inside the temple, and he did not have to rely on natural storms to guide his way. The torches lining the carpet leading to a stairwell about thirty feet in provided guidance. He kept his back to the wall, and his hand on the knife, but unlike before, he didn’t hear any magicologists on patrol. He didn’t see any. Even his soldier’s gut told him that, at least on this floor, he was alone.
More trouble than it’s worth to have someone here.

He crouched as he walked, taking care not to let more than his toes touch the ground, but he comfortably moved just outside the torches. He reached the stairwell, placing both feet on a single step before going further. His stomach twisted as he realized in some ways he’d made it further than he anticipated. Whoever awaited him in here—the god, his creations, more powerful magicologists—would give him a far greater challenge than regular magicologists.

I am a soldier. I have learned from the best, including the only one to consistently win battles against magicologists. I can do this.

On the second floor, he found much of the same, except for the barren rooms the Emperor used to use for council members. The god had guttered the entire place, leaving only the torches and whatever monstrosities he had waiting on the third floor. Mykos couldn’t wait to make the first touches of humanity’s return to this palace the god’s blood.

Someone rushed behind him.

Mykos ducked and held the knife in his hand, swiveling around and waiting to battle.

But there was no one. He waited silently, looked everywhere—even on the ceiling—but to no avail.

Someone climbed the stairs to the third floor.

Again, he turned, and again, no one was there. But something was—something he couldn’t see, something deliberately playing mind games, something intent on destroying his sanity before they took his life. And Mykos would have none of it. He took a breath, thought of his target, and ignored his rapidly beating heart as he ascended halfway up the stairs when he heard—this, he felt sure, was real—two magicologists talking.

“… Hasn’t been the same since Calypsius died.”

“What do you mean?” the other magicologist said in a hushed tone.

“Don’t presume so much. You know how he feels about that place.”

The second magicologist went mute as Mykos became aware of his own rapid, audible breathing, which he could not silence.

“I know our Lord, and I know he will want his vengeance.”

The two magicologists walked out of range of Mykos.
Go back? They’re going to leave Monda?

It almost seemed like a well-designed trap—make Mykos think the magicologists were leaving, and then they’d slaughter Mykos when he felt safe.
No. I will not fall for that. I don’t care if they’re signing a peace treaty now with someone. He has hurt me too much, and my people too much. Ty… He must die.

He ascended the remainder of the stairs and came to an open door, the only door that created the crest of the Orthranian Empire when both doors were shut. Nothingness awaited him on the other side—quite literally. Mykos could not make out the floor of the room, nor the walls, nor a ceiling.

Mykos knew this was where his sanity might be broken, but he would get an audience.

Mykos looked out and saw the conversing magicologists turn a corner, leaving him alone and out of sight. He took a deep breath, told himself this is what he had come all this way for, and dashed inside with his knife and wits as his only weapons.

He ran… and ran… and ran some more, trying to find some part of the room that was not completely black. Strangely, though, he could see himself and his knife, but the rest of the area was dark.

“I should have hit a wall by now,” he mumbled.

This was all magic, all the work of the god. He had not stepped into the former throne room so much as he had into a dark, horrible void where reality meant nothing.

He turned around, and to his horror, he could not see the entrance anymore. He sprinted back, but even as he calculated how far he had run, he knew he would never see those doors again. This void marked his death—he just wanted to make sure he brought along company to the grave.

Behind him, he heard soft footsteps increasing in volume. The steps were deliberate but forceful, and Mykos gulped as he held his knife out to fight. Soon, the footsteps had gotten so close, whoever created them should’ve been face to face with the soldier. But he saw nothing.

Up above, he heard a disturbing growl, like a hungry balicae might make. He held his knife up. But nothing came.

He heard the crawling of an arachnia and swore he felt pricks on his back, as if several creatures were skittering on him. He flailed and shook, trying to get them off, but every time he touched his skin, there was nothing there.

Then, straight ahead, he saw two massive yellow eyes looking at him. The eyes rested on a black, demonic face with three giant horns. The eyes contained much vitriol in them, and Mykos looked at the beast and finally lost it.