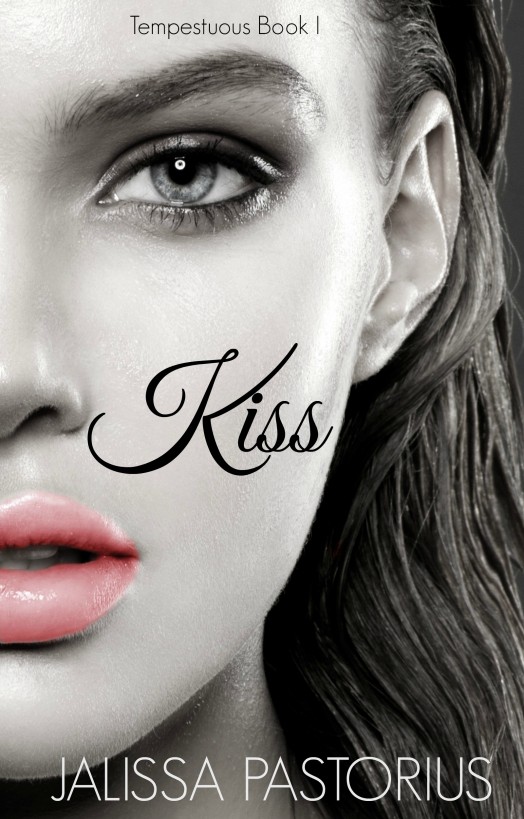 Published by Jalissa Pastorius at
Smashwords

This novelette is a work of fiction.
Any names, characters, places, and events portrayed in this novel
are products of the author’s imagination or used fictitiously. Any
resemblance to actual events or places or persons, living or dead,
is coincidental. All rights reserved; the right to reproduce this
book or any portion thereof in any form whatsoever in any country
whatsoever without the express permission of the author is
forbidden.

Thank you for downloading this eBook.
This book remains the copyrighted property of the author, and may
not be redistributed to others for commercial or non-commercial
purposes. If you enjoyed this book, please encourage your friends
to download their own copy from their favorite authorized retailer.
Thank you for your support.

For those who dare to dream, embrace
their nightmares and face adversity.

2 Butterflies in My
Stomach

14
Falling for the Wrong
Guy

15
Rendezvous at Midnight…It’s A
Promise

She sat in the yard pulling the petals
off a sunflower. The sky was clear and the wind played with the
wisps that managed to escape her ponytail. She could hear the birds
tweeting, singing a beautiful song that a masterful song weaver of
nature could only comprehend. The petals were soft to her fingers,
and she watched as the bright yellow petals floated away from her,
dancing in the wind like a gypsy would. She looked curiously at the
remaining petals. If she remembered correctly, there was a
forgotten story that told of the sunflower’s history.

Her dad was quite the artist and
dreamer. He was always telling her everything had a story, and
never take something at face value. She smiled as she recalled the
story of the sunflower. It was a tale of unrequited love. A water
nymph had fallen in love with the Sun God also known as Apollo, but
he did not return her love. He never noticed the feelings she had
for him and fell in love with a water god’s daughter. The nymph
continued to watch the sun god for his beauty stunned her; she did
this without any proper nourishment and eventually turned into a
sunflower. It reminded her of her non-existent relationship with
Axel. He was the most popular guy in school and the girls were
practically throwing themselves at him. She really needed to get
over her so called crush.

“
Coming mom,” sighing she
tossed the remains of the sunflower onto the grass where it
remained forgotten like the water nymph.

She entered through the sun room only
to hear her mother grumble about dreamers. Iris thought it was
pretty funny since her dad was an artist, and spent majority of his
time in his studio working on masterpieces. Her dad reminded her of
a wanderer. He was always looking for the next adventure. She
wondered if he ever thought he made a sacrifice by staying with her
and mom. It brought an image of a wilting flower to mind. Her dad
wouldn’t wilt though, because she would the sun that kept his day
bright and mother no matter how insufferable she may seem at times
would be the water that kept him nourished.

“
You know he’s in the
studio being destructive as usual. Oh Iri, look at you.”

“
What?” she asked looking
down at her shorts. There was a layer of dirt that covered her skin
from being outside but she didn’t think it was noticeable, until
you looked at the dirt imbedded underneath her fingernails. It
didn’t matter how hard she tried. Dirt always found a way to her.
Nature was conspiring against her once again.

“
That’s not the point. I
just wish, oh never mind,” her mother said spotting the look on her
daughter’s face.

Iris already knew what she
wanted to say. She couldn’t understand her mother’s disposition.
Iris wasn’t
that
girl. The overly popular girl her mother wanted her to be.
She enjoyed spending her time surrounded by nature taking in the
wonders of the world and learning its secrets. She had a birthday
coming up in a few days, and while most kids desired cars for their
seventeenth birthdays, Iris wanted a horse. She wanted to race
towards the horizon with the beast and feel wild an untamed. She’d
been begging her parents for one, but knowing her mother she
probably had her hopes set on buying Iris a car.

“
I’ll tell you what. Why
don’t you go take a shower and we can go get a
manicure.”

“
Okay,” she said smiling.
She held in the sigh that wanted to escape through her lips, but
she really couldn’t deny her mother. She would rather be in the
studio with her dad reading a book that would take her on an
adventure while he worked.

“
Maybe we can go to the
salon too and get something done to your hair.”

“
No mom!” she said running
towards the back. She thought her hair was her best feature other
than her light brown eyes. A woman’s hair represented her strength,
well at least it did in the novels she read. The girl would be the
main protagonist in the story and she would defeat her enemies. The
heroine always had long hair and in the action books she read,
women often hid weapons in their hair. It was definitely
cool.

Rushing to her room she jumped into
the shower. The hot water pummeled her skin and gave her more time
alone with her thoughts. She had great parents even though her mom
was pushy. It had been getting worse lately and Iris didn’t
understand why. She jumped out of the shower and grabbed an outfit.
She ached to put on a nice pair of jeans and a tee shirt, but she
could see the disappointment flaring up in her mother’s eyes so she
gave in once again by putting on a nice white summer dress that
hugged her upper body, and flared out at the hips. Throwing on a
pair of red three inch pumps and grabbing her black clutch
completed the outfit.

When she saw the joy in her mother’s
eyes Iris knew she made the right decision.

“
You look gorgeous! Iri!”
her mother complimented. Iris fought the blush as it worked its way
up her neck. Must fight it.

“
You should definitely
invite some of your friends over.”

Iris frown slightly at her mother.
Inviting her friends over was a no go. They were a group of nice
girls at times, but they could be downright crude and she didn’t
like it. If they ever found out she was loaded, she would skyrocket
to popularity so fast her head would spin, and she did not want to
be in the spot light. She saw what it did to people. It changed
them and not for the better. Her father was a world renowned artist
and her mother was one of the top heart surgeons in the country.
They lived in a home that cost millions of dollars. She was
grateful that her father put his foot down demanding something out
in the country with lots of acreage. Iris knew she would’ve
shriveled up and died had she been living in the city like her
mother wanted.

“
Maybe some other time,”
she said to her mother as she plastered a smile on her face and
followed her out the door.

Butterflies in My Stomach

Iris and her mother took their usual
seats at the nail salon. Iris smiled as her mother did all the
chattering with the manicurist.

“
Iris you should try the
gel nails, it’s all the rave.”

Iris sighed. She knew this was coming.
Her mother had been trying to get her to try it for ages. She just
didn’t see what all the hype was about. She preferred her natural
nails. She saw the flash of disappointment in her mother’s eyes
once again and cave.

I’m such a
pushover.

She was starting to think her mom
wanted her to be a glass doll.

“
Are there any interesting
guys at school?” her mom asked her. Iris immediately fought the
blush that threaten to sweep her face. She had the biggest crush on
Axel. He was the most popular guy in school and all the girls were
crushing on him. He had raven colored hair and a pair of the
lightest blue eyes she’d ever seen. He made her heart
melt.

No. No. No! Why was she
asking me about boys? I’m practically invisible. He probably
doesn’t even know I’m alive. I’m not even sure of my feelings. It’s
not like there’s butterflies in my stomach or anything. It’s just a
phase. I’ll get over it. Oh no! I’m sweating. Damn. Keep
cool.

“
Not really,” she said
avoiding eye contact with her mother. Axel intrigued her. It wasn’t
his popular status or his good looks, okay that may have something
to do with it; but it was those moments when she saw him alone and
pain reflected in his eyes. He was human just like everyone else.
She often wondered if popularity came at a cost. Oh well not her
business.

“
What about college? Do you
know what you want to study?”

It was a good question. She was only
sixteen but she often thought about the future. The only thing that
called her was nature; maybe she could go into agriculture. She
didn’t have a clue.

“
I don’t know. I like
nature. Maybe I could be a marine biologist or go into
agriculture.”

“
Those are interesting
things. You don’t want to go into medical field?”

Iris really didn’t have a remote of
interest in the medical field. Why would she?

“
Baby, you could try,
especially with that IQ of yours.”

“
Maybe,” she said to
placate her mother. She couldn’t wait to be done so she can hide
away in dad’s studio. It made her think about Axel. She wondered
what his parents were like and what he did in his spare time. If
her mom ever found out she was crushing on a guy she would
die.

Iris already had the figure of an
adult woman. She blamed her voluptuous mother. She’d been as her
mother would call it blessed with the same curves. She had round
hips and wore a D cup bra. She knew there were girls out there who
would kill for a body like hers, but honestly they could have it.
If she got any bigger in the chest area she was going to be cursed
with back problems.