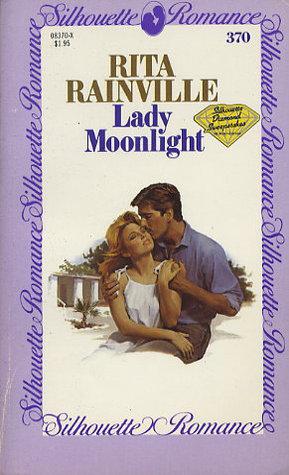 LOOK INTO MY EYES ...
Kara Brady's story of picking racetrack winners by ESP so she could help a Mexican orphanage was too ridiculous to believe, but it had already sent her fleeing from danger and into the cab of Dane Logan's pickup. That made her his responsibility, and he was going to see to it that she stopped all her foolishness and began to lead the kind of sedate life that was proper for the future Mrs. Dane Logan.
The future Mrs. Dane Logan! What was going on? He was supposed to be influencing Kara, not the other way around!

Printed in Australia by

To the special men in my life--

Paul and Steve, our sons

David, my brother, and

Jim, John, and Tom, my nephews

Ken and Gini Robinson, who shared their bit of Baja and "gave" me an orphanage.

"Did you say psychic?" Dane Logan's dark brows drew together as he took his eyes from the road and looked at the rumpled bit of feminity lying on the seat beside him.

"Well, semi," Kara Brady said after a moment, feeling that the situation called for scrupulous honesty.

"As a semi-psychic, exactly what did you do to get in such a mess?"

With her head pressing against his hard thigh and her silvery-blond hair sliding like silk over his jeans,

Kara drew in a ragged breath and tried to collect her scattered thoughts. His sardonic question wasn't all that easy to answer. At least, not starting in the middle. "I came because of the horses."

"You're in Tijuana to talk to horses? Right." His mild tone was in savage contrast to the way he shifted gears and steered the high-powered pickup forward a few feet.

"Not to talk to them." Kara spoke shortly, annoyed at his obtuseness. "To decide which ones are going to win the races."

"You were at Caliente," he said, nodding back in the direction of the racetrack, "fixing races? Lady, no wonder someone's mad at you."

"Of course not!" She lifted her head in indignation, only to have a hard hand push it back down. "I don't do things like that. I wouldn't know how, even if I wanted to," she added with her usual candor.

Dane scowled at the bumper-to-bumper line of cars stretched out before him. "Lady, we're about a hundred feet from the checkout point. Before we get there you either convince me that you're not involved in anything illegal or you get tossed out on your cute little butt to fight your own battle."

What had possessed him to interfere? he wondered once again. His normal mode of operation was to ignore what didn't strictly concern him. At least, across the border. It wasn't healthy to become embroiled in someone else's arguments, he reminded himself. Especially across the border.

But this had been different. He had just returned to the truck and started the motor, checking automatically for kamikaze drivers, when she rounded the corner. It hadn't been just her platinum-blond hair that caught his eye. It wasn't even the nicely distributed curves so obvious beneath the white, full-skirted sundress. Nor the long, shapely legs that obviously had collected their share of appreciation. It was her look of sheer, utter panic, the heavy thudding of footsteps, and the shouted commands of various male voices that followed behind her.

He had reacted instinctively. Throwing open the door on the passenger side, he'd snapped, "Get in!"

Kara shifted restively. How on earth could she explain in such a short time? If he believed her, he would help. If he didn't . . . She shuddered at the thought. She didn't question her own implicit trust.

From the moment he had ordered her into the big brown truck, she'd had but one thought: to drop the whole miserable mess into his capable hands. His tone of voice had convinced her that he was accustomed to issuing orders and having them followed without question.

Now, after leaving the Agua Caliente Racetrack behind, after traversing the raucous mercantilism of Avenida Revolucion, as he drew the large truck into the surprisingly short line of cars waiting to go through Customs, he was ready to listen.

"It was the orphanage," she mumbled to his leg, and she felt it jerk in surprise.

"How did orphans get mixed up with a fixed race?" he asked dryly.

"Not fixed," she insisted. "It's perfectly legal."

Looking at his jeans-covered kneecap had its disadvantages, she realized. As his voice didn't give away much, seeing his expression might help. "My friends run an orphanage down here. When they're out of money I come down and we go to the races."

"Isn't it risky gambling with the last of their money?"

"That's what I'm trying to tell you. There's no risk at all. I always know which horse is going to win."

"Why don't you just phone them? It'd be quicker, and from what I've seen, a hell of a lot less hazardous." After a moment's thought, he asked, "Who was after you? Do you even know that?"

Kara twisted her head, trying to get a look at her benefactor. Her quick dive into the truck had been made on the basis of a thoroughly Anglo-Saxon voice with the bite of a Marine drill sergeant. She wondered if the man's features were any softer. A muscular forearm, liberally sprinkled with dark brown hair, was so close to her nose that she was all but cross-eyed as she stared at it. Nothing soft there, she decided gloomily. If the rest of him matched the arm and hard thigh she was resting on, she was in trouble. Big trouble.

"You have about five minutes before we reach Customs." Dane's words indicated mild impatience as he looked out over the late Saturday afternoon traffic.

The lanes were less congested than usual with motorists returning to the United States from Baja California. "You'd better talk fast."

"Juanito said they were probably professional gamblers. He noticed them watching as he went to collect his winnings. He said ..."

"My friend. He and his wife, Carmella, are the ones who run the orphanage. We try to be inconspicuous, but Juanito is so big he always attracts attention.

After the first three races, he said those guys were watching us like vultures. From then on, the three of us took turns collecting the winnings. By the sixth race, we had enough money. We decided to leave, and they followed us out." Kara gestured expansively with an arm as she explained, only to have her wrist manacled by strong fingers and returned to her side.

"Keep still," he warned laconically. "Your friends must have found transportation. They're outside walking up and down looking into car windows."

"Juanito?" Kara asked eagerly, lifting her head despite the reminder.

"No. The ones who were chasing you."

Dane was momentarily distracted by her softness as she dropped back down. Uh-uh, he warned himself. What you have on your hands---or in your lap, he amended silently is a genuine, twenty-four karat weirdo. Get her across the border and turn her loose.

He had a momentary vision of a hummingbird, flitting and darting, hovering and then, faster than the blink of an eye, disappearing.

"So then what happened?" he asked, prodding both himself and the blonde.

"We decided to split up and take off in three different directions. You know, the old divide and conquer theory."

"You mean the bunch that was hot on your heels was only a third of them?"

"No." Wry humor laced the strung-out word. "It didn't work quite the way we planned. We divided, but they almost conquered. They all took off after me, and I panicked. After zigging up one road and zagging down another, I lost all sense of direction. I don't know what they wanted, but they didn't look very friendly. By the time you came along I was fading fast. I don't know how I can ever thank you," she ended breathlessly.

"I am!" Kara stared at his knee in frustration. How on earth could she explain something so strange that she still had trouble believing it? Aunt Tillie had warned her that it would be this way. And she had learned quickly enough not to talk about it. Only Judy and a few close friends knew, and even they thought it was weird. As far as that went, so did she.

"You're not going to believe me," she mumbled pessimistically.

The terse words, uttered in a deep, dry voice, were anything but encouraging, Kara noted dismally.

"About a year ago I was at the racetrack at Del Mar with some friends." The words came slowly as she organized her thoughts. "None of us knew much about racing. We made our choices for crazy reasons. You know, things like the horse had a silly name or we liked the colors of the jockey's silks. I picked the winner of every race."

She rushed on as he took a deep breath. "I know what you're going to say. That it was a fluke. We all thought so. We called it beginner's luck and had a marvelous day. I didn't think anything more about it until I talked to Aunt Tillie. She said that's how it started with her."

"Who's Aunt Tillie? And I warn you," he said softly, his patience visibly strained, "that I'll probably strangle you if you tell me she's your aunt. And what the hell does she have to do with all this?"

Kara twisted, reaching down to straighten her skirt.

This man, she thought, in addition to being curt and impatient, was hard to please. What did he want her to say, that Aunt Tillie was her grandmother? "Uh . . . she's actually my great-aunt, my mother's aunt.

And she has everything to do with it. She's the one who explained that it runs in the family, but it skips a generation. Now I've got it," she observed gloomily for all the world as if she were announcing that she had broken out in measles.

"Got what?" he asked between clenched teeth.

She sighed in exasperation. "Haven't you been listening? Psychic power!"

"Are we back to that again?"

"We've never left it. You asked me to explain and that's what I've been trying to do. And, to answer your earlier question, I didn't call Juanito because it doesn't work over the telephone. At least, not yet. I have to be at the racetrack. I've tried using a program and a racing form, but nothing happens unless I'm at the track."

Intrigued despite himself, he asked, "When you're there how do you pick a winner?"

"It sounds crazy," she warned.

"You can say that again," he muttered.

Ignoring him, Kara continued. "I just look at the names of the horses running, and I know."

"Woman's intuition?" He didn't try to hide his skepticism.

"No," she said after a moment's serious thought. "It's more than that. It's hard to describe, but a feeling of absolute certainty comes over me. I just know."

"How convenient. You must have collected a tidy little nest egg this last year." His thigh muscles tightened as he eased the truck forward.

"Oh, no." She shook her head, bumping it on the steering wheel. "I never bet for myself. Aunt Tillie says even though it's a mixed blessing, it's a gift from God and shouldn't be abused. I'm not sure that she's right, but I don't have a better explanation, so I don't mess around with it. I only use it in emergencies, to help other people."

The air conditioner was loud in the sudden silence, blanketing out the pleas of the roadside vendors taking one last crack at the tourists. The afternoon sun blasted through the windows, and Kara was grateful for the cool stream of air. Dane's sigh, which sounded more like a snort, made her jump.