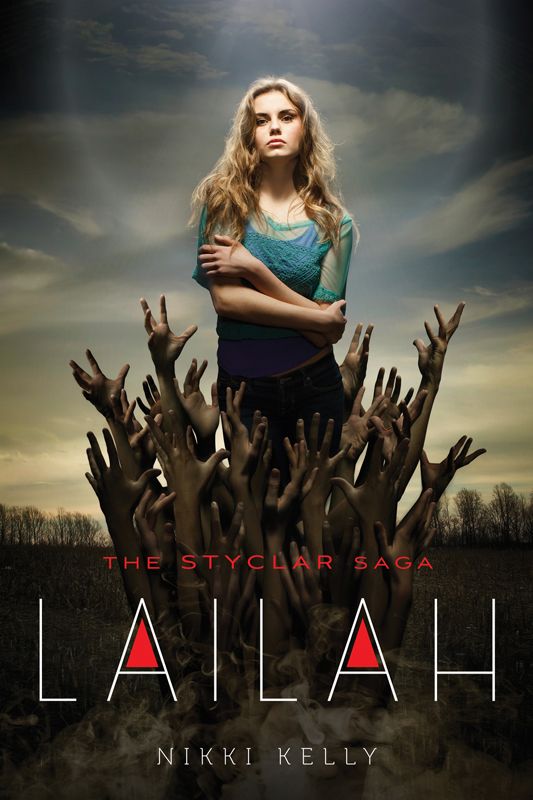 You either die a hero, or you live long enough to see yourself become the villain.

L
IGHTNING STREAKED AND FORKED INTO THREE,
the thunder pounded in waves of two, and the silence fell at once.

In the stained-glass window, the lightning forks illuminated an image of the Virgin Mary holding Baby Jesus in her arms. In the vestry, the devoted clergyman desperately scrawled his panicked thoughts, pausing only to add more coal to the fire behind him. Another clap of thunder exploded and, startled, he hesitated, scraping his hand through his graying hair.

He couldn’t leave, even though his wife and children would be waiting for his return.

He thought he would surely be safe here in the church until daybreak.

He scolded himself for coming here, for bringing his family. He must warn his wife and children, tell them that the Devil’s brood walked among them. Though he hardly knew his congregation, he prayed that, should the evil prevail on this darkest of nights, his letter would be found and they would take heed.

As the rain lashed down, he scribbled a final apocalyptic message, signing
Reverend O’Sileabhin.
He folded and tucked the pages into his Bible.

All the sounds of the storm suddenly ceased. Silence engulfed him.

The burning candles flickered and, one by one, died out. The fire seemed to explode before it too blew out, and in an instant he was thrown into darkness.

He knew then that he had run out of time. It had come for him.

The curate felt his way to the door and cautiously passed through to the chancel, tightly clutching the cross around his neck.

On the west wall of the church, the newly installed coffered panel doors flew from their hinges, creating a crashing sound that echoed down the aisle.

Reverend O’Sileabhin stepped into the nave and froze, dumbfounded. Before him, lumps of battered wood lay strewn across the entrance, and in the doorway stood an immense figure swathed in a black cloak.

“You cannot enter the church, Demon! This is a house of God!” the curate shouted, though his words trembled as they met the air.

The figure was thirty feet away, and the clergyman considered turning and running, but he was fixed to the spot, unable to take his eyes off the shadowed silhouette.

Then, as quickly as the storm had ended, streaks of lightning cracked and the curate stumbled backwards. As he looked up at the figure, which was lit up briefly by the forks riding the night sky, it seemed to move, shifting in and out of focus.

Without warning, it was no longer outside of the church.

The creature was towering over, lifting him high above the floor while squeezing his neck, slowly suffocating him.

Reverend O’Sileabhin dared to reach inside the dark orbs of his murderer. He thought himself in a state of petrifaction, as though the creature were turning him to stone, for when his eyes locked with the Devil’s, he froze.

The creature tilted its head and hissed through shiny fangs. Then it shrieked—a shrill cry that bounced off the pillars, ear-piercingly deafening. The curate almost begged for the end to come quickly. The creature’s outstretched arm bulged; something seemed to be moving under its skin.

The creature snapped the curate’s neck in one clean movement and dropped his body to the cold, hard floor with a thud.

Cracking its own neck from left to right, it trampled over the lifeless body, the curate’s bones crunching underfoot. The creature strode through the chancel and crept inside the doorway of the vestry, where it waited.

Silence wrapped itself around the pews, and the air hung low. All became still once more. The creature drooled in anticipation. It would not be long now.

A bright white light descended through the stained-glass windows, filtering through the entrance, finally reaching and then surrounding the lifeless body.

The creature squinted and was forced to look away as the brightness filled the vast space, stepping back so the light would not spill over and touch him.

The creature snarled, excited that its plan had come to fruition.

She sang, and the creature shriveled at the sound as she guided the reverend’s soul toward her. The Angel paused for a moment, gently closing her eyes, concentrating on the energy. The light hovered in the air and she directed it up into the glow that cascaded all around. She pushed her blond locks from across her forehead before she moved her palm over the crystal gem that beamed, set in the nape of her neck.

With her touch, the glow parted and the entrance to the first dimension opened. It sparkled in waves of silver and gold. She took a deep breath and smiled as the clergyman’s energy passed across—disappearing into a blur, transferred into her world, to Styclar-Plena.

The light began to disperse and she prepared to follow, but she hesitated. The gold cross around the neck of his hollow human form caught her gaze. She edged toward it and cupped it softly. She blew on it gently and a twinkling white light swirled all around it, before finally being absorbed into the metal. Now whoever held it would experience an undeniable sense of peace.

She stared down sadly at the curate’s expression and moved her fingertips to close his eyelids. She thanked him for his gift and readied herself to return.

As she floated down the long church aisle, the Angel felt once more for her gem so that she too could move across. Before she even had a chance to will it to life, she felt a searing pain as the creature’s fangs tore through her chalk-white skin. She screamed in surprise and began to glow, trying to mask herself so that he couldn’t see her. But it was too late. This was a Pureblood Vampire and he had already begun to fill her with his poison.

She was paralyzed. Her gifts stalled and dulled; helpless, she dropped to the floor. As he twisted over her body, his fangs bore deeper into her neck, his poison spreading through her with such speed that her veins became swollen. He moved down her, running his clawed hand over her belly, searching.

The Angel’s eyes widened in horror as his fangs pierced through her skin once again, this time reaching her child. His venom was agonizing. She could already feel the darkness changing the Angel Descendant that she was carrying. Her porcelain skin was bruised and marked with crimson.

When he had finished, he dragged her across the ground by her hair and glared at her with contempt. Finally, his eyes fixed on the crystal gem. The Pureblood snorted and his uneven lips quivered as he salivated.

The Angel, still paralyzed from the Vampire’s poison, could do nothing to hide the crystal from his glare. He extended his free hand. Jagged talons protruded out of his knuckles; he gouged them into the back of her neck. Effortlessly he extracted the crystal, detaching it from its rightful guardian. Satisfied with his work, he contemplated the gem, balancing it between his sharp claws.

The Angel lay with her cheek on the cold ground. From the corner of her eye she saw Azrael.

He appeared suddenly and propelled himself behind the Pureblood Vampire, swinging him into the church pillar, which fractured with the force.

The crystal, now void of any light, dropped from the creature’s grasp, landing perfectly on its point.

Leaving the Pureblood dazed, Azrael turned his attention to his Pair, Aingeal. Knowing he only had moments, he scooped her limp body in his arms and parted her cold, blue lips. He blew lightly into her mouth and white light danced through her. Aingeal’s eyes blinked frantically as she felt his gifts evaporate the poison that ran through her veins, but there was nothing he could do to remove the venom that now flowed through the Angel Descendant’s blood.

As the Pureblood catapulted back to his feet, Azrael spun around; it was then that he saw it. The raised cicatrix between the Pureblood’s orbs formed the distinguishing mark of the beast—Zherneboh.

Azrael threw up a sheet of light, keeping the evil pinned to the other side.

Turning to his Pair, their eyes met. She didn’t have to explain; they both knew what the Pureblood had done.

You must leave and you must hide
.
I will consult with the Arch Angels and I will find you
, he told her without any words being spoken. They were connected.

Keeping one hand raised in the air balancing the sheet of light, struggling, he helped lift her up. Sadness unfolded across his expression as he placed the crystal in her palm. Squeezing her skin against his, he closed her fingers tightly over the gem.

Aingeal nodded as she shined brightly, and then quickly faded—invisible now, a part of the darkness. She turned on her heel and fled the church; she knew what she must do and that it would mean never being able to return home.

But she desperately hoped Azrael would find a way to return to her.

A
FEW MONTHS LATER,
a baby with skin as white as porcelain was placed on the doorstep of a couple’s home in the South East of England. It was covered in nothing more than cotton wrappings, but buried within the sheets a crystal gleamed and sparkled.

T
HE EVENING WAS DEEPLY BITTER.
The night was drawing in and the sound of silence was deafening. The most perfect setting for a liaison with a Vampire.

I pushed back the blond wisps of hair crowding my eyes and remade my long ponytail, while eyeing the garbage bag that I had attempted to balance at the top of the pile, out in the backyard of the pub. I would have welcomed a moment’s peace, but not out here. The darkness frightened me.

“Francesca!” Haydon’s thick Welsh accent reached me, piercing through the surrounding sheet of ice, as if he were a red-hot poker.

I sighed, bolted the back door, and hurried back into the bar. I was dead on my feet. Thank goodness it was closing time. We were short-staffed, as always. Haydon’s wife hadn’t returned from her shopping trip in Cardiff, so I’d had to play kraken and pretend I had many hands to pull an inordinate amount of pints this evening.

Sometimes I wished I could just be normal and have a pleasant little office job and not have to deal with drunken locals. But then, with no legitimate identification, cash-paid bar work was the best I could hope for. I was grateful for employers like Haydon who sought out a willing workhorse in exchange for a little money.