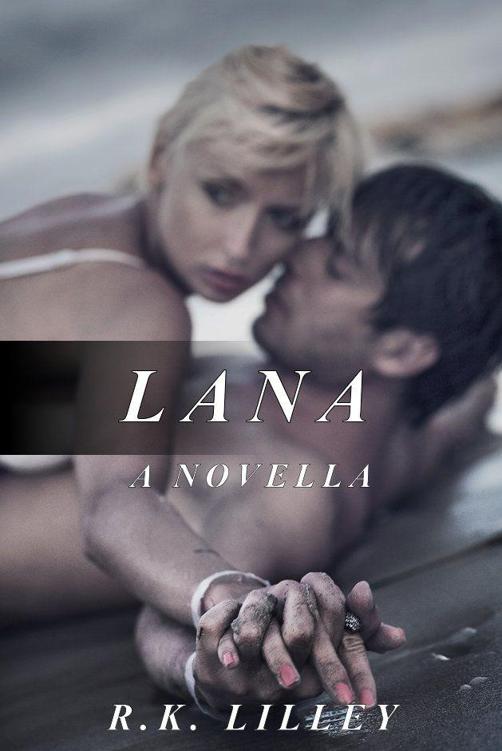 This book may not be reproduced, scanned, or distributed in any printed or electronic form without permission.

Any resemblance of events to real life, or of characters to actual persons, is purely coincidental.

The author acknowledges the trademarked status and trademark owners of various products referenced in this work of fiction.

This book is dedicated to my husband, the love of my life, and my partner in crime, for always believing that writing was my path, even when I doubted it myself.

I felt overdressed the second I stepped off the plane.

But one second of breathing my beloved island air, and my outfit was all wrong.

This was a business trip, so I hadn’t even packed anything appropriate for the paradise of my childhood.

The thought was demoralizing.

It wasn’t even a particularly hot day.

A cool breeze wafted across my skin as I stepped outside.

I shrugged out of my blazer anyway, unbuttoning an almost indecent amount of buttons at the collar of my shirt.

I was now in a place where my typical wardrobe was usually a very tiny bikini.

Had I even packed one of those?

I had resolved to set up meetings as soon as I arrived here, and so had dressed accordingly, but my resolve blew away with the gentle Maui breeze.

I took deep breaths, loving the smell of the island air, which was divine, even mixed with jet fumes.

A car was already waiting for me at the curb, and a driver hustled out to take my sparse luggage.

I towered over him in my red Jimmy Choo’s.

At five eleven, though, I would have towered over him even if I were wearing flats.

“Ms. Middleton, how was your flight?” he asked.

I smiled at the familiar driver.

He worked for my family’s Maui resort.

I quickly recalled his name.

How is island life these days?”

He flashed a grin at me.

He was close to my own age of twenty-six, with a slight build and a quick smile.

“Still can’t tear myself away from this rock, so good.

Bet you miss it.”

He gave me a sympathetic look.

It was a look reserved for anyone crazy enough to leave this paradise behind for the mainland.

My voice betrayed far more of my sorrow than I had intended.

I mentally berated myself for being a downer at his crestfallen look.

He opened the car door for me, and I slipped in, sending him a reassuring look.

He was behind the wheel before he asked, “To the hotel, Ms. Middleton?”

I started to say yes, but my heart took my mouth over suddenly.

“To the Kalua shops.”

He looked a little startled, but just nodded and started to drive.

The shops really weren’t far from the hotel, I reassured myself.

And I could pick up some island necessities for myself.

I rolled the window down as we drove.

The wind quickly messed up my braid, and I pulled loose my wavy, streaky blonde hair in relief.

It only hung to my mid-back now.

When I had lived in paradise, it had hung all the way to my butt, with some streaks bleached nearly white by the sun.

My skin was almost pale now, not sun-kissed, as I liked it.

I’d had to grow up when I left paradise, and I looked it nowadays.

Years off my beloved rock had taken their toll.

Thomas dropped me off at the Kalua shops with some reluctance.

I waved him off, asking him to have my luggage taken to my room at the hotel.

I reassured him that I would call him if I needed a ride.

I knew that I wouldn’t.

One of the Kaluas would give me a ride; I was sure.

They were my second family.

I spoke to Tutu and Mari every week, in one form or another.

I had a death grip on my large handbag as I entered the surf shop.

I wasn’t brave enough to venture into the bar or the
café
just yet.

I was still taking in the changes in the shop when I heard a shrill shriek from behind the counter.

I was being hugged by a short, shapely woman in a flash.

I hugged her back tightly, feeling unexpected tears prick my eyes.

I felt instantly guilty that I had even considered going to the hotel first.

Someone had been missing me, after all.

I ran a hand down her thick black hair, affectionate with her in a way that I could never be even with my own mother.

“I didn’t think you’d ever come back,” she whispered, pulling back.

Her eyes were a brown so dark they looked black.

They were lovely and mysterious.

She
was lovely and mysterious.

She was in her mid-forties now, but you wouldn’t know it by looking at her.

She was shapely, taking care of her body meticulously, and her face was a golden brown that time hadn’t yet managed to so much as line.

Her face was a lovely combination of her mixed Japanese-Hawaiian heritage.

Her lips were full, her nose small and pert, her eyes large and almond shaped.

She was petite, but by no means slight.

Not one part of her was thin, nor was it fat.

She was just…shapely, down to her perfect ankles.

She wore a half-shirt, and tiny shorts, just like I remembered, and she still worked them better than any twenty-year old I’d ever met.

She wore a white plumeria in her hair, as ever.

“We talk every week, Auntie.

You can hardly say I don’t keep in touch.”

She just smiled at me, but it was a sad smile.

When are you coming back home, Lana?”

I bit my lip, feeling strangely adrift at the question.

This
was
home, but I couldn’t come back.

It hurt to even think about it.

I came for business, but I realized that I didn’t bring anything appropriate outside of work clothes.”

She just smiled, eyeing me up.

“Well, you do look kind of hot in that, but yeah, you need to get your island back on.

I’ve got you covered, pretty girl.”

I gave her a grateful smile, moving to the door that joined Tutu’s
café
with the surf shop.

Mari stopped me with a word.

She rushed to me, putting a plumeria in my hair, just over my ear. I fingered it, smiling.

She sighed, as though in great relief, and fingered the identical flower over her own ear.

I stopped at the door, a sudden thought stopping me.

She just gave me wide eyes.

“Last I heard, he was off at some business meeting.”

I sighed in relief.

I just wasn’t prepared to see him yet.

I nodded and opened the door.

Tutu gave me the same treatment, shrieking like a crazy woman and running to me like she was far younger than her years.

She had to be in her sixties by now, I knew.

I hugged her back tightly.

She was a tiny woman, her Japanese heritage showing much more strongly in her than her Hawaiian half, both in her body and face.

She had pale skin, and pitch-black hair.

I fingered it, and we touched the flowers in each other’s hair with warm smiles.

I took a deep breath, because for some strange reason, I wanted to cry.

I was brought out of my moment of weakness by a series of framed photos on the wall of the
café
.

It was set up as a sort of collage of magazine covers and editorial pictures.

I laughed at the thoroughness of it.

My short, unimpressive modeling career was pretty well represented on that large expanse of wall.

“I tell everyone about how you grew up here.”

I shook my head, a little embarrassed.

Modeling was something I’d often said I’d never do as a young teen.

My mother had been an iconic model of the eighties, and I’d known that, although I took after her looks strongly, I could never match her career.

The worst part of it was, as short as my modeling career had been, I’d still suspected that every job I ever got was because of who my mother was, and not anything to do with my modeling ‘talent’.

But the pictures on the wall did look nice enough, I supposed.

Some of them were high fashion, but even more were bikini shots.

I had been a skinny kid, but gotten very voluptuous around the time I’d also gotten awkwardly tall.

It made me much more suited to swimsuit modeling, I had quickly found.