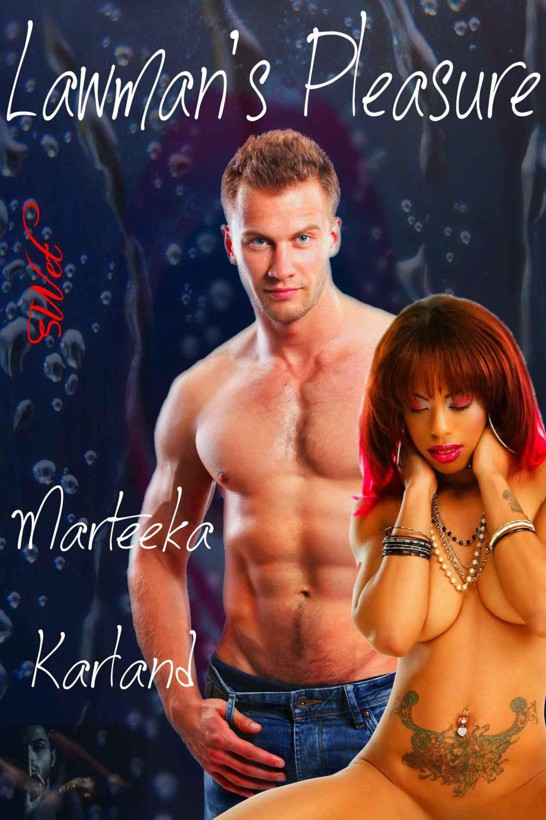 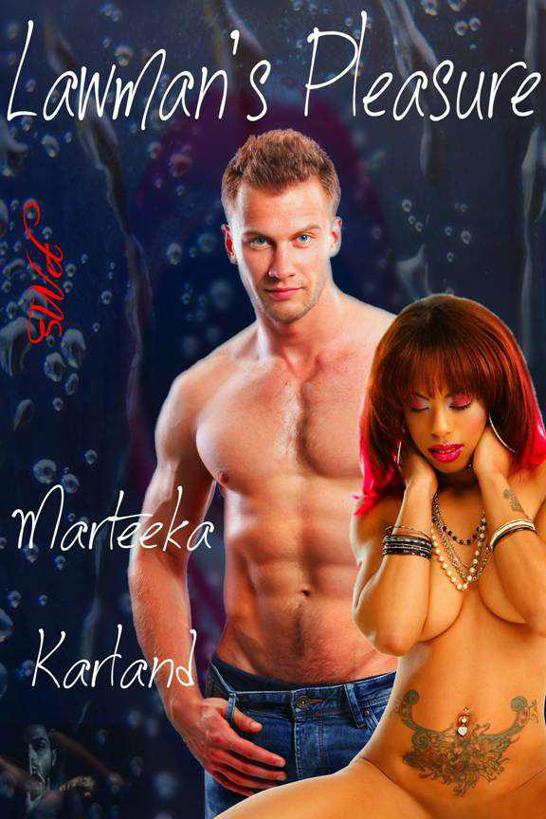 Books are NOT transferable. Re-selling, sharing or giving eBooks is a copyright infringement.

Some men were to be feared. Some men were just pure badass motherfucker rolled in a healthy dose of don't-fuck-with-me. Obadiah Matlock was somewhere between the latter and Satan-himself-is-terrified. No one fucked with Marshal Obadiah Matlock. So when the esteemed marshal pulled over the little red convertible, he damned sure didn't expect the chocolate-skinned beauty to have the unmitigated gall to hop out of the car, slamming the door as she did, and meet him halfway. Not only did she display an inappropriate amount of temper, she actually put her hands on her hips and demanded...

"What the fuck did I do wrong
this
time?"

Yeah, Megan Tully was nothing if not a little spitfire. A man might get used to all those curves and that lush mouth, but the temper had to fucking go.

"You were doing fifty," he replied, arms crossed over his chest, ticket book in hand.

"Well, who in their right fucking mind made this road a twenty-five? No one has lived here in years and I'm the only person who drives it anymore."

She looked up at him, eyes narrowing. "Obadiah Matlock, you know very well it's
Miss
. What's with the '
Ms. Tully
' bullshit?"

"I'm about to write you a ticket,
Miss
Tully. I don't think it's appropriate under the circumstances for me to call you by your first name.

"Wait. You're a fucking Federal Marshal. Why, in Christ's name, are you writing traffic tickets? Isn't that a bit beneath you?"

Obadiah leaned one hip against the side of his Charger. She was right. He'd
known Megan since kindergarten. The woman had wreaked havoc with his hormones from the time he'd reached puberty to the present day. Unfortunately, she'd always been just out of reach. Like a couple football fields worth out of reach. Not so much now. The longer he stood there, her looking all pissed off and too sexy for his peace of mind—or the ease of cock—the more he wanted to see just how close they were.

But no.
He was a lawman. He didn't use his position to garner favors from women. Not only was it unethical, but with Megan, it might just get him castrated.

Damn if that didn't make him harder than ever.

"I think it's best if you just get back in the car and give me your license and registration." He was going to have to adjust himself soon and he didn't particularly want to do it while she watched. The little vixen would only use it against him and he didn't think he was up to sparring with her too much. In retrospect, he really should have just let her go. She was right, after all. She was the only person living on this street after the housing market crashed. All of the eight other houses were vacant and had been for a long time. But, damn it, he just couldn't resist harassing her just a little bit.

"Look, Obadiah. Why not come over to the house and let's discuss this like the reasonable adults we are. I'll make you a homemade tasty treat and you won't give me a ticket. How does that sound?"

What he should have done was run like hell for the hills. What he actually did was ask her, "What kind of homemade tasty treat?"

It was exactly the worst thing he could have possibly said. The little witch knew she'd won. She smiled. The kind of smile that said any man in her immediate vicinity was in so much trouble he would run away screaming like a girl if he had any sense. Obadiah didn't believe in screaming like a girl.

Megan closed the distance between them, trailing one perfectly manicured, blood-red nail down the buttons of his shirt as if musing to
herself
. Then she met his gaze, mischief dancing in her eyes. "Well, I guess you'll just have to follow me home to find out." Her voice dripped honey. In that moment, Obadiah would have likened her to a black widow spider getting ready to eat her mate. For the life of him, he couldn't figure out why that was a bad thing. The way her tongue darted out to lick at her bottom lip had him groaning. He was going to Hell.

Megan had lusted after Obadiah Matlock for so many years, there was no way she was letting this opportunity pass her by. She hopped in her car, flashing Obadiah a seductive smile and sped off. Even if he'd thought about backing out, the way she peeled out would have appealed to the lawman in him. He'd have to follow her now, if for no other reason than to write that ticket he'd threatened her with. But once she had him in her house, he was hers. If the bulge in his pants was any indication, he wouldn't fight too hard.
Which was a shame because Megan would have loved to wrestle him for it.

She grinned at the thought. Obadiah Matlock trying to fight off her smaller form while not hurting her. Yeah. She could take him.

A quick look in her rearview mirror told her he was, indeed, following her. Less than a minute later, she pulled into her drive, Obadiah right behind her.

"You're living dangerously, aren't you, Megan? If you're not careful, you're liable to get punished."

"Just making sure you didn't get cold feet." She shot him a challenging look over her shoulder as she unlocked the door.

He followed her inside, keeping a respectable distance between them despite the breach in protocol on his part. Megan knew Obadiah was too straight-laced to do something like this. Her only conclusion was that he wanted her as much as she wanted him.

Once the door was shut and locked and Megan had Obadiah right where she wanted him, she advanced on him. It was comical to see the big man back away from her as if she were a threat.

"What's the matter?
Scared of little ole me?"

"Do you have any idea what you're doing?" Damned if his husky whisper didn't send an electric thrill straight to her cunt. Megan wanted to jump him right there. Wrap her legs around him and just take him.

"Well, I've had practice. I certainly hope I have it figured out by now."

With that, Obadiah pulled Megan to him, whirling her around so she slammed into the wall with almost jarring force. "Don't taunt me, woman," he growled. "I'm not in the mood. You're already in enough trouble."

And just like that, Obadiah Matlock was the Alpha male everyone knew him to be. Yes, Obadiah was not one to be fucked with.
Though Megan totally intended to fuck him.
Just not in the same way. She smiled at her own naughty thoughts.

"Well, I guess you'll just have to spank me then."

Spank her? Was she fucking kidding? Obadiah had had all he could take. He prided himself on his control, but honestly, how much was a man supposed to endure before he took the carrot a woman dangled in front of him? His lips found hers in a brutal kiss. One meant to punish more than seduce. He was way past the seducing part. Following her home had been the worst mistake he'd ever made. In the privacy of her house, the intimacy it afforded, there was no way he could keep his hands off her. Hell, he didn't even want to try.