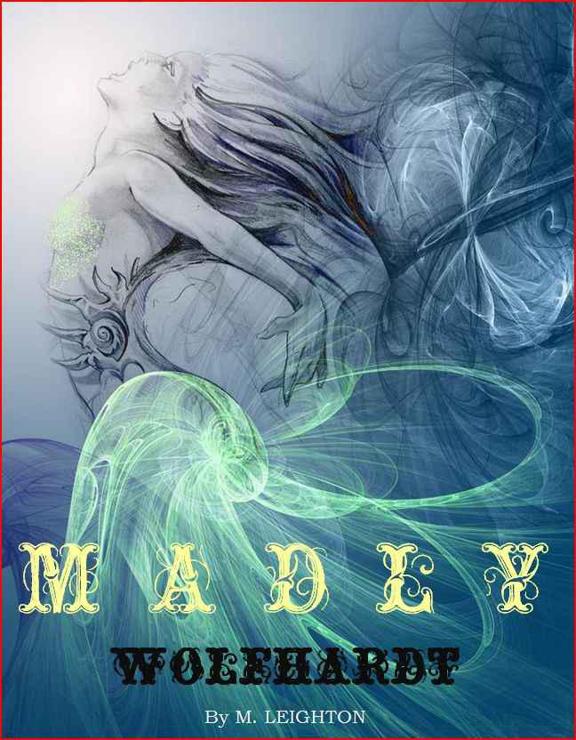 Madly is your average nearly-eighteen year old girl—for a mermaid princess, that is.

Madly James is thoroughly enjoying her internship in Slumber when the unthinkable happens—there’s a prison break in Atlas, Madly’s home beneath the sea.   A traitor has set free eight
Lore
, the spirits of what humans know as fairy tales, and they are making their way to Slumber to awaken their descendants.

The first spirit to arrive is that of Ulrich Wolfhardt, a man that was once obsessed with wolves and a young maiden he would follow through the woods.  After a bite from a wolf, Wolfhardt’s obsession with the girl became an unnatural hunger and the young maiden’s grandmother cursed him with a fate worse than death.  And now he’s back…with a vengeance and a bite that can infect others as well.

Madly must learn the identity of Wolfhardt’s descendant and stop him before he kills again and spreads his curse across the earth.  But the only person strong enough to help Madly is Jackson, the Sentinel who vowed to protect her and the one person capable of breaking her heart.  Can Madly resist forbidden love long enough to save the world from Wolfhardt?  Or will she have to sacrifice her heart and her destiny to save the ones she loves?

All rights reserved.  Except as permitted under the U.S. Copyright Act of 1976, no part of this publication may be reproduced, distributed or transmitted in any form or by any means, or stored in a database or retrieval system, without the prior permission of the author.

This ebook is licensed for your personal enjoyment only.  This ebook may not be re-sold or given away to other people.  If you would like to share this book with another person, please purchase an additional copy for each person.  If you are reading this book and did not purchase it, or it was not purchased for your use only, then please return it and purchase your own copy.  Thank you for respecting the hard work of this author.

This book is a work of fiction and any resemblance to any person, living or dead, any place, events or occurrences, is purely coincidental.  The characters and story lines are created from the author’s imagination or are used fictitiously.

I lay in my bed, lost in thought, the night quiet around me but for the gentle purr of Jersey’s snore.  Though I was painfully aware of Jackson, fast asleep on the other side of the thick wooden door, my thoughts weren’t entirely focused on him for once.  No, they were shared this time with a girl by the name of Kellina Statford, the descendant of the Straus Maiden.  Humans had unwittingly called her
Little Red Riding Hood
for decades
.

We’d positively identified her through her medical record that afternoon.  She was allergic to daisies, as I’d suspected, and she had a documented birthmark on her neck, one normally hidden by her hair.

I might’ve thought nothing of it if I hadn’t been looking specifically for something that reeked of her history, which this one did. It came in the form of a series of strawberry hemangiomas on either side of her neck, something the doctor reported as looking “like bitemarks.”  That might be a little coincidental for some people, but when I’d read of her, my bracelet had warmed against my skin, assuring me on a physical level that she was the one for whom I searched.

Now I just had to figure out what to do about it.

I couldn’t hold my exasperated sigh inside.  I had wanted to talk to Jackson about it, but he’d been almost frantic to dump me off with a trio of other Sentinels when we left the library.  I’m not sure why, but I knew it had something to do with that electric moment we’d shared in the rain.

I suppose I should’ve been upset about it—shocked, appalled, distressed, taken aback—but I wasn’t.  For some reason, I was ready to dive head first into whatever was between us, consequences be damned.

But then, at moments like these, in the quiet when Jackson was nowhere around, I felt like a wretch for betraying Aidan, even though I’d done nothing wrong.  It just felt like I had.  I was supposed to be having feelings like this for
him,
not Jackson of all people.  Although politically problematic, it would have been infinitely preferable had I developed unruly feelings for another royal.  But for a Sentinel?  That was tantamount to sacrilege in the Mer culture.  It was strictly forbidden for royalty to consort with anyone outside their class in that sense.

My head began to throb as a result of the deep frown that was pinching my brows together.  Not liking where my thoughts or my night was headed, I rolled over onto my side and did my best to bury those musings as deep as I could.

It didn’t work nearly as well as I had hoped.

The next day did not start off in the best possible way.  I’d awakened feeling as if I hadn’t slept at all, and then on top of that, Jersey had been in Jackson’s room talking to him when I got out of the shower.

I was toweling off my hair when I got back to our dorm room.  Jersey was nowhere to be found, but I could hear a feminine squealing from the suite that adjoined ours.  The door had been left slightly ajar.  Curious and far too nosey, I’d crept over to peek through the crack.

Jackson had Jersey in a headlock, his muscular arm wrapped loosely beneath her chin, holding her to his side.  With his other hand, he was squeezing one of her fingers, making her yelp.

Seemingly satisfied, Jackson let go of her and Jersey immediately darted across the room, getting as far away from him as the small space would allow.

“You’re such a sucker for girls,” she taunted bravely.  “Like there’s any way I could keep something like that to myself.”

“Jersey,” Jackson warned, slowly edging his way around to flank her, effectively trapping her between the wall and his bed.  “I mean it.  Not a word.”

“It’s too juicy, Jackson.  I can’t keep that to myself.  I’ll spontaneously combust.  You wouldn’t want my death on your hands, would you?”

“If you breathe a word of this, your death will be
by
my hands.”

“Yeah, right,” Jersey said sarcastically.  I saw her relax the tiniest bit into her teasing, and, observant as he is, Jackson saw it as well, choosing that moment to spring.  “You wouldn’t—ahh!”

Jackson leapt across and swept Jersey up in his arms, lofting her high over his head.  At that point, I had no idea what Jersey was doing other than laughing.  I was completely mesmerized by the play of Jackson’s muscles beneath the smooth, tanned skin of his back.  They shifted and tightened in his arms and shoulders as he steadied the squirming Jersey.

“Alright, Jackson.  I’ll do whatever you want, just please put me down.”

“I think I need to hear some begging,” he declared.

Spinning Jersey, Jackson turned toward the door, toward me.  He was looking up at Jersey, smiling, the long column of his throat exposed.  His was the most perfect face I could ever remember seeing.  And just then, it was relaxed and boyish, the most carefree I’d seen it since we were kids.

Jackson started laughing and I think Jersey trailed off.  I couldn’t be sure because I wasn’t listening to her anymore.  The world had gone completely silent, but for the husky vibration of Jackson’s laughter.  I slumped against the doorjamb, the sound making me feel almost boneless.  I closed my eyes and let the heavenly rumble wash over me.

When the room quieted, quieted to the point of eerie silence, I reluctantly lifted my lids.  Two pairs of eyes were watching me, but only one made me feel weak as they stared.  They were sky blue and serious as a heart attack.

Now sober, all remnants of good cheer gone, Jackson let Jersey down, setting her gently on her feet.  With a punch to the arm for good measure, Jersey darted past him and through the partially open door, nearly bowling me over in the process.  For one long second, Jackson and I stared at one another.  No words were exchanged, no expressions.  Just a deep, penetrating gaze that made something in my chest hurt.

“What was that about?” I asked, a bit shaken from seeing Jackson like that.

I should’ve known that, though she teased Jackson about not keeping his secret, Jersey would take it to her grave.  If asked, she could maintain a confidence better than anyone.  It’s just that you specifically had to ask, otherwise your deepest, darkest secrets would be as good as public information.

I really wanted to press her, but I didn’t.  I just obsessed about it all morning.  The only thing that helped was seeing Kellina Stratford in Calculus.  It was one of the classes that I shared with neither Jersey nor Aidan.

Rather than taking my usual seat toward the back of class, I sweet-talked a boy in the row beside Kellina into switching with me.  As I was pulling out my book and opening it to the appropriate page, I noticed Kellina watching me from the corner of her eye.  I looked up and smiled.

“I can see better from here,” I confessed.  “Near-sighted.”

Kellina just smiled back, a slightly distrustful twitch of her lips.  When she turned back to face the front of the room, I took a minute to memorize her features, just in case I might need to know specifics at some point in the future.

I could see why Wolfhardt had become obsessed with the Straus Maiden if she looked anything like Kellina.  Shoulder-length, glossy brown hair framed a perfectly oval face covered with the lightest of creamy skin.  Her eyes were a soft greenish-gray, her lips were full and pouty, and her cheeks were touched with a natural flush of color.

From the side, Kellina looked like the model that had sat for those old ivory cameos I’d seen in the human history books—pert nose, long graceful neck.  She was quite stunning and I was a little surprised that she didn’t have boys fawning all over her.

As Mr. Sterling droned on about definite integrals, I thought about how I was going to help Kellina.  Should I tell her the truth, explain her heritage and the existence of the Lore, as well as the Mer?  Or should I try something more subtle, like befriending her to keep an eye on her until such a time as the need for the harsh truth became necessary?