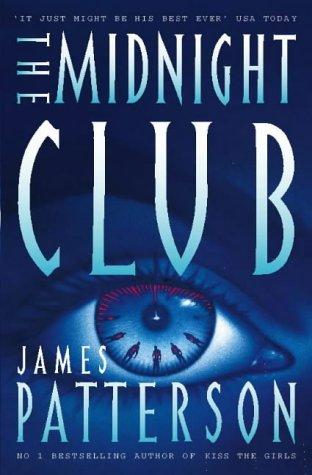 Part One: The Grave Dancer

Night of the Detective

THE NIGHT THAT
John Stefanovitch was shot couldn’t have been colder, or the stars more dazzling in high winter skies.

Shortly past midnight, Stefanovitch tramped down the creaking, solidly frozen boardwalk at Long Beach. He was humming “Surfer Girl,” one of those awful beach-town ditties that could usually bring a smile to his lips.

The Grave Dancer was nearby.
Stefanovitch felt it all through his body. It was a second sense he had sometimes, almost a paranormal gift. The scumbucket he had been tracking for almost two years was so close it made his skin crawl.

He finally arrived back on Florida Street, the desolate side lane where he and his detectives had agreed to gather. Actually, he’d been there ten minutes ago, then walked down to New York Avenue and the funkytown boardwalk to clear his head.

The full team of fourteen Narcotics detectives was assembled. This was a joint Nassau County and N.Y.P.D. strike force, each of them handpicked to go after the Grave Dancer.

Stefanovitch said his hellos, patting the backs of down parkas, playing the crowd.

Stefanovitch fit in, which was unusual for a lieutenant. Maybe it was because he’d never seemed overly impressed with himself, never felt making “Loo” meant that much anyway. Or maybe it was because he was more cynical, and funnier about his perspective on the world, than any of the detectives working under him.

True to form, he was wearing a weathered black leather coat, over a hooded gray sweatshirt. The outfit made his six feet two inches seem more compact, more physically impressive. Underneath a crushed black fedora, his hair was long and brown, and unruly. His eyes were a cool, dark brown, but could warm up once he got comfortable with someone. People said Stefanovitch looked like some kind of flaky film star, and he thought that wasn’t all bad. Flaky film stars seemed to be running the world these days.

The beachfront neighborhood felt as if it were about to explode.

The dope raid was going to be bigger than the celebrated French Connection. As much as two hundred kilograms; over a million and a half fixes for New York’s 250,000 addicts.

They were closing in on Alexandre St.-Germain, the animal called the Grave Dancer; the man who had been Stefanovitch’s obsession during the past twenty-two months. That was no accident either. Stefanovitch regularly got the most important narcotics cases in the N.Y.P.D. He was talented, and he thrived on challenges. For the past few years he’d been the department’s “big play man.” Nothing but the fast track for him.

Stefanovitch finally turned to his second in command, a 260-pound detective named Bear Kupchek. “You all ready, Charlie Chan?” he asked.

The Wanderer's Mark: Book Three of Imirillia (The Books of Imirillia 3) by Beth Brower
The Science of Yoga: The Risks and the Rewards by William J Broad
A Family Scandal by Kitty Neale
The Long Glasgow Kiss by Craig Russell
Dyer Consequences by Maggie Sefton
Bruja mala nunca muere by Kim Harrison
The Bookworm Next Door: The Expanded and Revised Edition by Alicia J. Chumney
The Grand Budapest Hotel by Wes Anderson
Guarded for Pleasure by Lacey Thorn
A Thread So Thin by Marie Bostwick