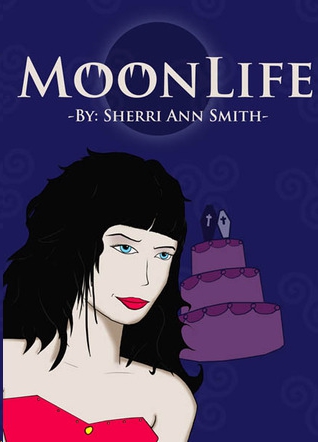 “We have a lot to tell you, Sadie,” my mo
m
said. “Things we have been waiting to tell you, until we thought the time was right. We had hoped you would be older, but I guess now is as good of a time as any.” She leaned in closer to me.  “You were not left at the train station as we have told you. You were not abandoned. We needed the world to believe that story so you would be safe.” She put her arm around me as if to hold me together for the news she was about to tell me.

“The reality is that you come from a land high in the mountains of India,” she said, looking wistful as she continued to speak. “It was a very special village, where very extraordinary people lived for thousands of years in harmony. We, the Magicals, were from all over the world, from different origins and backgrounds, and were truly happy in our little community until one day the Draccos attacked. They were a vicious clan of people who wanted everything we had and would not stop until they got it. Their leader’s plan was to take the Queen and rule
the Oubliette
Village
, and make her give to them her unborn child. The Queen was baring a very special child. Not only was she of powerful
R
oyal blood, but she was foretold to be a very rare soul.”

“We fought against the Dracco clan until the Queen gave birth. We realized then that the Royal child was even rarer than we had even dreamed; she was marked by the Mandur
a
go. The villagers, fearing the worst for the child, helped the Queen sneak the baby out of the kingdom. The Draccos were so enraged when they found the child missing that they took their fire to the kingdom and burned it down. Only a few escaped to tell the tale.”  My mo
m
’s eyes were
wet;
t
ears began to roll down her cheeks.

My dad smiled at me, “We were chosen out of all the Magicals in the
V
illage to raise you. We had been in America when the final attack happened. You came to us that stormy night and we vowed never to let anything harm you or anyone find out who you actually were.”

My dad
looked  deep in my eyes
and gently said, “You are Kali, Princess of the O
ubliettes
and marked soulmate of the Mandurago, Sebastian.” The room began to spin, and I hit the floor.

I remember my mom shouting something, but I let the blackness take me in.

No matter who you are
,
packing for a trip sucks. I never know what to
bring
.  H
ow am I
supposed
to predict what I am going to need for a week? Either I pack too little or way too much. Being that I have never been to
,
let alone
in
a Mandurago
b
inding
c
eremony, I wasn’t sure what to bring at all. On top of that, we have to go to Buffalo, New York to meet with the Mandurago King to have him
approve of our binding
. Seems Buffalo is like the
c
apitol of the Manduragos. They love the cold weather since they aren’t affected by it and with all the storms there they don’t have to worry about the sun as much as they do other places. Why couldn’t it be Miami or someplace more romantic? London, now that would be a perfect headquarters for the Manduragos…but Buffalo?

I understand we have to go, but when I originally said yes to Sebastian I just assumed it was something we would do alone, together. I didn’t realize it had to be officiated to make the binding in the Mandurago world authentic. I have a lot to learn about this underworld stuff, too bad it didn’t come with a manual. You know like “Sadie
,
you are now bound to Sebastian and here is your
Idiot’s Guide to Manduragos and Magicals
.” I giggled to myself,
oh
that would be so much easier
.

But I guess I should be thrilled I found Sebastian so early
. M
any people look for years and never find their soulmate. I first saw Sebastian in my dreams
.
I thought he was just this luscious man I had dreamt up
.
I
f you saw him in your dreams
,
you would think that too.  But then one day I saw him on the street, across from where Wendy works, and I knew my life was about to change.  We met a few days later at a cafe, and we haven’t been apart since. Now, I am basically engaged to Sebastian, who is simply the most extraordinary man I have ever met. He is not only handsome, tall, blonde, brilliant and witty, but he is also my very best friend. He makes me laugh no matter what is going on and can
take
me out of the worst funk with just his smile.

Did I mention that a Mandurago is for all intents and purposes
,
is a
v
ampire? That took some getting used to, but I got over it a lot faster than I thought I would. We have a very close relationship, and we discussed the whole Mandurago/vampire thing at length.  Some Manduragos drink human blood, some drink animal blood
. A
s Sebastian puts it, “I don’t hunt down humans and kill them to suck their blood like in the stories. I prefer to feed off animals the same as most humans do, although I don’t slaughter them, roast them and then eat their flesh…that just seems so barbaric.” When he put it in those terms, it didn’t seem so strange. Here we humans are every day killing animals to burn their flesh and eat it,
and
all he wants to do is drink some of their blood. After that, I got over the
v
ampire thing pretty quickly.

One thing that I have found really useful is our close psychic bond. It allows us to be able to read each other's minds. Well
,
not fully, but he can send me messages, thoughts, feelings and I can send them back to him. Normally, you have to be a bound Mandurago mate to be able to do that, but he says it’s because our bond is so close already
,
that we have formed that mated mind connection.

Unfortunately, Lars Dracco is not happy about Sebastian and me. The promise my
m
other made to him was to try to keep the Dracco clan from attacking the village. Regrettably, it didn’t work and they still attacked; killing my family and most of the villagers. Lars still refuses to believe that I was not actually promised to him and keeps threatening us. He thinks that if I marry him then we can have lots of little dragons and rebuild the Dracco bloodline. Did I
mention that Draccos are Dragons? Well they are in human form, a version of a
shape shifter
… all these different Magical species take some getting used to.

From what I have come to understand, it takes a full blood
R
oyal mate and a Dracco to make a full blood Dracco. The more full blood Draccos you have, the stronger the clan and thus his reign as
k
ing will continue on. All good right? Except for the fact that I am not a breeding factory for dragons and I don’t love him, I love Sebastian. So now Lars keeps following us around, showing up at my work or while we’re out on dates, hoping to find me alone. You see
,
if he can kidnap me and force me to marry him, I will
be
bound to him forever and there is nothing Sebastian or I can do.  There is no divorce in the Magical world
. M
arriage is final and I would be his for eternity.

So last week Sebastian and I were walking downtown when Lars showed up and challenged us in front of
h
umans, we knew then that the situation was close to coming to a head. We had to do something before he did get his hands on me. We decided then and there to skip a large wedding and just get married. We put a plan into motion to pack our stuff and run
away to Buffalo and to get
Bound
together for all eternity. So you can see why packing the right stuff is so important.

“Well
,
blue isn’t really my color, how about black?” I said
,
knowing she was about to start lecturing me on wedding etiquette.

“No way Sadie, you can’t do that. You want this wedding to start out right don’t you? You have to follow all the rules or you’ll have bad luck. And since you are going to be turning into a vampire, you know
the immortal kind
…you don’t want bad luck forever.” She gave me that look she does when she’s mad at me. Wendy is the best. We’ve known each other since we were kids. We were sharing an apartment until all this happened. Now she lives with her underworld
,
body guard boyfriend Ludwik
,
who she met while protecting me,
and I live with Sebastian.

“What do you suggest then Wendy? I have to get this packed so we can leave this evening. I don’t have anything blue
,
” I said
,
flipping through the clothes in my closet. I certainly have a limited color palette to my clothes. I have always liked black, red and some earth tones.  You’ll never catch me in bright colors, mostly because I started wearing black as a teenager to hide my strange body proportions while trying desperately to fit in. I never could find clothes either, because my hips are a size bigger than my top and I am all curvy, not necessarily in a bad way, but not in the stick-thin-fashion-model way either. I am really tall too, almost six foot, so that makes it even more difficult. With my dark hair, light skin and blue eyes, I am sure not to blend in or look like the girl next door. Well maybe, if you lived in Eastern Russia but definitely not in Sacramento
,
California. Everyone here
is
cute little blonde chicks that weigh about a pound and come up to my shoulders. I have always stood out
,
but at least now I understood why.

“How about shoes? You have a million pairs
. O
ne set has to be blue.”

“You want me to wear blue
U
nion
J
ack
C
onverse high tops on my wedding day?” I said
,
looking at her like she’s lost it.

“Oh you might be right,” she said giggling, “Not the best idea. I know…how about earrings? Don’t you have some dark blue stone earrings? Those dangly ones your parents gave you?”
s
aid Wendy
,
heading to the shelf where I keep my jewelry box.

Fantasy Boyfriend #2 (A Tattooed Bad Boy Romance) by Stone, Vanessa
Meet the Blakes by Rhonda Laurel
Warning Order by Joshua Hood
Dangerous to Know by Nell Dixon
Eve: In the Beginning by H. B. Moore, Heather B. Moore
True Heart by Kathleen Duey
A Hidden Element by Donna Galanti
Long After (Sometimes Never) by McIntyre, Cheryl
Force Me - The Princess by Karland, Marteeka
Glasgow Grace by Marion Ueckermann