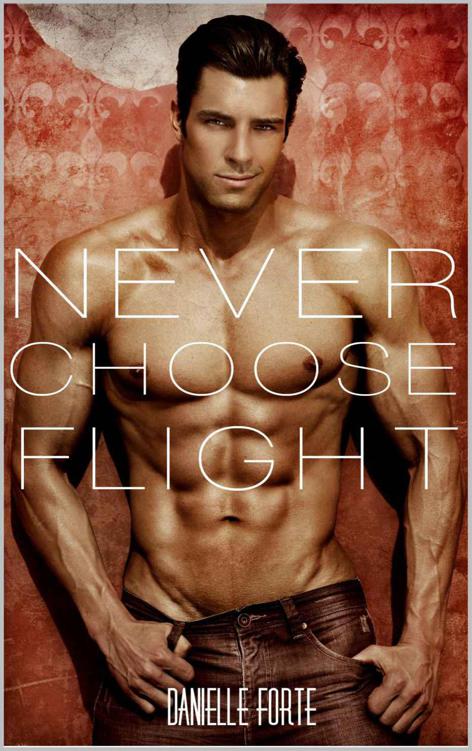 This book is a work of fiction. All characters are products of the author's imagination and any resemblance to your actual life is awesome, and purely co-incidental.

Dedicated to my husband Sean,

and to all my friends who encouraged me

Get full-length romance novels for 99 cents.

That was me. My flight home. And I didn’t expect anything out of the ordinary to happen. I’d taken this same flight many times before. Usually I just slept, or read a book. And I had no reason to believe that it would be any different. The plan was to sleep though - I’d had a long trip.

When I’d gotten to my parent’s house, in New York, at the start of the trip, things went south almost immediately. We sat down for a dinner, our first dinner together in at least a year, and the first thing my mom said was, “So Jessica, have you found yourself a nice man yet?”

Just like that she said it. She knew the answer. She knew how bad I was at ‘nice men’. Or men of any sort, to be honest. “Not yet, mom,” I said.

She shook her head. Dad just ate his food and stared off into the distance. He always tried to stay out of these conversations. “Well are you a lesbian then?”

“No mom, I’m not a lesbian.” I tried to keep my mouth shut from saying anything more. Every trip for the last five years had started like this, started the exact same way. But it always faded eventually.

I kind of understood where she was coming from. I am thirty five years old. That isn’t
old
, exactly, but it’s a bit weird that I’m not in a steady relationship. Most of my friends are married. And the biological clock is definitely ticking - if I ever want to have kids then I better find someone quick. But I just haven’t found that guy yet. Haven’t found the one. I don’t even really believe in
The One
, or true love anymore.

“So what is it then?” she asked, voice as shrill as ever.

“It’s work,” I lied. “Work takes up so much of my time. I’m always tired afterwards. I never have the motivation to go out looking for dates or anything.”

The real answer - the one I never tell anyone - is that I’m plump. Not, like, obese. But a bit overweight. I have more curves than most women. A round face. It probably does come from my boring-as-hell job though, sitting at a desk all day. But still. Even if I did manage to meet
The One
, I don’t think he’d even consider dating a girl like me.

Mom just shook her head. And for the whole rest of the trip, she kept bringing it up. Constantly. Like she was worried that I would forget how lonely I was. By the time I was standing in that airport, I had definitely had enough of my parents for a year or two.

I waited in line, showed the person my boarding pass, and then got onto the plane. I rolled my carry-on down the aisle, to the back where my seat was, and then looked up. I am short. I’ll admit it. And lifting my little bag all the way up into the overhead compartment was always a challenge.

“Let me get that for you,” said a voice from behind.

I spun around and saw a tall man. He was wearing sweatpants and a hoodie. You see that kind of thing often in the airport - comfort travellers. He scooped up my bag and lifted it with one hand, placing it delicately where it was supposed to go. He placed his own duffle bag next to it.

I was about to say, “I’m Jessica and your name is weird,” but then I realized what he was talking about. “I’m K3,” I said.

He sat in the window seat, and I sat down in the aisle seat. His broad shoulders spilled over into my space a bit, but I didn’t mind too much. I looked over at him with a smile, and said, “Thanks for getting my bag.”

“Not a problem,” he said, with a bit of a smile himself. “So what brings you onto this flight?”

I glanced back at him. Men never tried to make conversation with me. When I looked back I caught myself staring for a bit too long. He had a rugged look to him. A bit of stubble. A scar on his face here and there. But I could still make out some perfect cheekbones. A noticeable jaw-line. And even in that hoodie, I could tell that he was ripped underneath.

“Uh,” I said, searching for words. “Family. I was visiting family. Now I’m going back home.”

How had he known? I ran my hand through my hair, suspecting that it had given me away. My hair always gets wilder when I’m stressed. “Yeah,” I said. “You?”

I laughed. “I meant what brings you to this flight.”

I looked at him again. He had those piercing eyes that you normally only see in movies. I looked away. I wanted to ask what kind of work he did. Most of the people who travel for work do so in suits. And honestly - if I ran into this guy on the streets of LA - I would not consider him to be the kind of guy who worked. At least not in a normal job.

So to avoid the conversation about cocaine hidden on his person, or whatever his job was, I promptly shut myself up.

We sat there in silence while the plane took off. Everything was normal. I was just sitting next to an incredibly handsome man. That was all. I tried to stay calm. But he kept looking at me.

Maybe he was from some other culture, I thought. A culture where people always look at each other. But he didn’t have an accent or anything. So why was he looking at me.

A couple of times I looked back at him. We’d make eye contact for a second, but then I had to look away. A little awkward laugh, a little fiddling with my hair, and then I’d pretend I couldn’t tell he was still looking at me. Starting at me.

“I’m Malcolm,” he said, once we were at cruising altitude.

I had been completely zoned out, so it took me a second to respond. “Uh, paper. I sell paper.”

“Offices, mostly. Legal offices need a lot of it. The administration part of any business needs it, really. Paper is where business happens,” I said, rattling off one of the pitch-lines I use a lot at work. Like an instinct I grabbed my purse and pulled out my business card. I handed it to him. Gave him my number.

“You sell paper,” he repeated, looking down at my card. “I can’t imagine that’s terribly exciting.”

“It’s not,” I said. And I was all ready to leave it at that. I don’t have an interesting job. That’s just something that I live with.

“Seriously,” he said. “So you spend all day just talking on the phone about paper, or what?”

I laughed. “Maybe. That would be better for business.”

“But you can’t
possibly
actually care about that job, can you?”

“Right. But you don’t worry at night about selling enough paper, do you?”

I thought back. I
had
actually spent a night or two tossing and turning in bed, worried that I wouldn’t meet quotas. I laughed. “Sometimes I do,” I said.

I laughed. Then I thought about it. The conversation had been nice. I thought we were kind of hitting it off. But then I realized that maybe he was making fun of me. Laugh at the fat girl with the shitty job. I stopped laughing.

But then he said it. “I like a girl who’s a little bit crazy,” he said.

I stared at him, and I couldn’t force the smile off of my face. I didn’t know what to say. He was hitting on me. Flirting with me. This incredibly handsome stranger.

“Drinks or snacks?” said a nasally voice from the aisle.

It was a young woman, hair tied back in a tight ponytail. Red lipstick. Cleavage out in the open for anyone to see. She looked down at us, waiting.

“Could I get a water?” asked the handsome man.

She nodded, with an extra big smile. “For you,” she said, “anything.”

He just nodded while she poured the drink and handed it to him.

She poured me a coffee and handed it to me. I wrapped my hands around the warm corrugated cup. “Anything else?” she asked, leaning in a bit. Staring at the handsome man. Clearly hoping that he’d return her advances.

He didn’t say anything, he just looked out the window.

“Fine.” She moved down the aisle to the next group, glaring at the handsome man for a moment.

I looked over at him. “Can’t stand women like that,” he said once she was out of earshot.

I tilted my head.

“Strangers,” he said, “always hitting on me. It’s always the same type. The type I don’t want anything to do with.”

I snorted a bit. “Poor you,” I said. “Too many women want to sleep with you. That must be tough.”

“So what do you do?” I asked, hoping to get the conversation going again.

“You drink coffee?” he asked, ignoring what I said.

I looked at him.

“I saw you chug down a Venti before getting on the plane.”

He had noticed me in the airport? “Yeah, I drink a lot of coffee. I practically fall asleep if I go for an hour or two without any.”

“That’s not very good for you,” he said.

“I need it,” I said. “For work, mostly. Sometimes you gotta do things that aren’t good for you.”

He smirked and nodded a bit. I wanted to ask again what he was did for a living, but I didn’t have the guts.

The coffee was weak. Just brown, bitter water. No caffeine. My eyelids started to get heavy. I put the cup down. My head started to get too heavy for my neck. And then I was asleep.