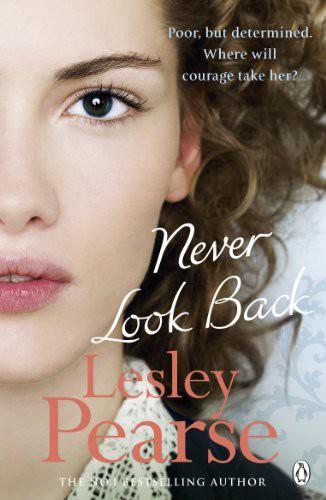 I dedicate this book to my youngest daughter Jo, for having enough faith to believe I could drive us all the way from Missouri to the West Coast of America without getting lost and cheerfully assisting me in the enormous research needed for this book. I hope it will be a permanent reminder of the laughs we had along the way.

And to Elizabeth ‘Toots’ Olmsted in Oregon, for remaining a dear friend for nearly thirty years and retaining enough interest and devotion to scour American bookshops for my research material. Who would have thought when we met working for Yellow Pages all those years ago that our lives would take us so far apart, yet our hearts and minds would stay so firmly linked!

To Harriet Evans and Louise Moore not just for their skill and tact in editing my work but for their joyful enthusiasm, encouragement and warm friendship. I love you both.

To Peter Bowron, John Bond, Nicky Stonehill and the rest of the team at Penguin who have worked so hard on my behalf. I appreciate it more than mere words can say.

To Marcy and Alan Culpin of Denver, Colorado, for their extensive knowledge of American history and for digging around to find the answers to my more obscure questions. I hope you will enjoy the finished work and look back to that dinner party, so long ago now, when I first told you of my ideas. You inspired me more than you realized.

It would be impossible to list all of the vast number of books I read during my research but some were so particularly outstanding and stimulating they deserve a special mention:
The Historical Atlas of New York City
by Eric Homberger;
San Francisco from Hamlet to City
by Roger W. Lotchin;
The Prairie Traveler
by Captain Randolph B. Marcy;
Women of The Gold Rush
by Elizabeth Margo;
How the other Half Lives
by Jacob A Riis. His haunting, very early photographs of the poor in New York, along with the graphic descriptions of the way they lived, gave me tremendous insight into how it was for the disadvantaged in the nineteenth century;
Low Life
by Luc Sante;
Women’s Diaries of the Westward Journey
by Lillian Schissel;
Soiled Doves
by Anne Seagraves;
The Way West
and
The Civil War
by Geoffrey C. Ward;
Foreign and Female
by Doris Weatherford.

A final special thank-you to all those kind and helpful people I met briefly along my own ‘trail’ across America in motels, hotels, restaurants, laundrettes, bars, streets and places of historical interest. I remember you all with fondness, if not all your individual names. But especially Kate Deline and Ken from Illinois, the bikers who rescued me when I ran out of petrol in the middle of the Nevada desert. Bless you!

‘Is she crazy?’ Fanny Lubrano whispered to her father as he came back from settling the old lady into a seat up in the bows of their tug.

It was a grey March day, the blustery wind coming straight in off the Atlantic, and even in the shelter of the wheel-house it was very cold.

‘She has to be crazy to offer me a hundred dollars,’ Giuseppe replied, the expression on his weather-beaten face one of utter bewilderment. ‘But she sure don’t sound like she is!’

Before making ready to cast off, they looked down through the wheel-house window at the old lady. She had the style and poise of the rich women who lived on Fifth Avenue, swathed in a sable coat and matching hat; yet that sort of woman wasn’t likely to want a trip round New York Bay in an old tug.

Fanny said she thought the lady was too fashionably dressed for someone of advanced years, and her dainty side-buttoned boots were hardly suitable for a boat trip. Giuseppe was more concerned that she had no companion, and he found her tense stance and the way her eyes scanned the waterfront very suspicious.

‘What if she
is
crazy, Pa, and her folks are out looking for her?’ Fanny said suddenly. ‘I know she got out of a fancy carriage and the driver said he’d wait for her, but if she catches a chill, we’ll be blamed.’

Giuseppe pushed back his cap and scratched his head. ‘I guess if we don’t take her, someone else will, and maybe rob her too. Besides, she seems to know what she’s doing, and about river craft. Asked me how long I’d been working the harbour, about you and where we lived. Goddam it, Fanny, I want to please her,
she was right kindly, but maybe I oughtn’t to have taken her money, a hundred dollars is a whole lot too much.’

Fanny half smiled at that. Her father looked tough, but he had a soft centre. The elderly, children and the very needy always plucked at his heart strings. She had long since lost count of the loans he’d made to his brothers and sisters which were never repaid; that was one of the reasons why they still lived in a cramped East Side tenement.

‘That fur cost a whole lot more than we can make in a couple of years.’ She shrugged. ‘We never asked her for that much, did we? She offered it. So I reckons we’d better look lively and cast off afore she changes her mind.’

As the tug chugged along past the busy wharves, the old lady took a deep breath of the smoky, fishy-smelling air and smiled at the memories it evoked. Fifty-eight years had passed since she arrived here as a seventeen-year-old immigrant, staying for five years before moving on, and the place had changed dramatically in the intervening years. In her time South Street was crammed with graceful sailing ships, bowsprits half-way across the cobbled quay and drying sails flapping and crackling in the wind. The warehouses, grain stores, saloons and sailors’ boarding-houses had been mostly rickety wooden places built in a higgledy-piggledy fashion. Now the ships were mostly steamers, the buildings all of fine, sturdy brick – only the smell, the sounds of rumbling carts, the sailors and stevedores yelling to one another were the same.

Prosperity shone out all over Manhattan. Where she remembered farm land, now there was street after street of elegant brownstone houses. Buildings so high she got a crick in her neck looking up at them, sidewalks paved and the streets well lit. People travelled in overhead trains, and there was even talk of running one underground too. They had huge shops they called department stores which sold everything from furs and carpets to a length of elastic or a set of buttons.

In her time Central Park had been swampy waste ground, and the most desperate of the Irish labourers who built the Croton Aqueduct, that miracle which brought piped clean water to the city, squatted there in squalid shanties with their pigs and goats. The park was wonderful, and she was so glad that the people of
the city had somewhere serenely beautiful to escape to, but to her mind the new Brooklyn Bridge was more splendid. While nature had created the true magic of the park, the bridge was an entirely man-made miracle, engineering and artistry working hand in hand to make something which looked fragile and beautiful, yet was strong enough to withstand the elements and the heaviest of traffic.

She felt no sorrow that the city bore little resemblance to the one she arrived in over half a century ago, for she was no longer the excited, wide-eyed girl who had fallen in love with its honest, brash and bold exuberance.

They had both been changed by circumstance, ambition, greed, and powerful men. Yet that honesty she had loved it for was still in place. She hoped she’d retained hers too.

Hearing a peal of girlish laughter, she glanced over her shoulder to the wheel-house. It pleased her to see the tug owner and his daughter working so happily together. They could of course be laughing at her, but that didn’t matter.

She had selected this boat purely out of sentimentality on hearing Giuseppe was a widower, and that he worked with his daughter. Her father had been a river man on the Thames, and they had been very close too. When she’d seen their open, friendly faces she doubled the amount she had first intended to offer. The money she’d given them would put extra food on their table, maybe the girl could buy herself a pretty dress. She remembered only too well how young girls ached for something frivolous.

There hadn’t been so many Italians here when she first landed, the immigrants then were predominantly English, Irish and German. Yet from 1845 and onwards, Italians, Poles, Russians, Jews and a great many other races had come here in their hundreds of thousands, each nationality adding further spice and character to the crowded city.

Yet Giuseppe didn’t speak with an Italian accent, so he must have been born here, and perhaps his mother had been Dutch or German to give him those blue eyes and fair hair. His daughter – Fanny, he’d said her name was – reminded her of herself at seventeen. Thick blonde hair, eyes as blue as forget-me-nots, and a similar sturdy, no-nonsense look about her. It seemed strange that she wore men’s clothes, but then she supposed a long dress
on a boat was hardly practical. Besides, she herself had resorted to wearing men’s pants a few times back in ’49 out in the West when it wasn’t safe to look too feminine in a town overrun by hard-drinking, gold-seeking men.

As the tug approached the Staten Island Ferry her heart quickened, for just behind it was State Street, where she’d lived when she first arrived here. Sadly the quaint little wooden house and some of its neighbouring fine Federal houses had been demolished to make way for offices and warehouses. Few people lived in this neighbourhood now, they had all moved further uptown. Wall Street was now a street of banks and financial institutions; Trinity Church at the top of it, which had so many memories for her, was one of the few remaining old buildings. She thought it sad that the church’s elegant spire, the highest landmark when she arrived here, would soon be hidden by the giant buildings New Yorkers seemed to love so much. But then Americans didn’t appear to have nostalgia for old places.