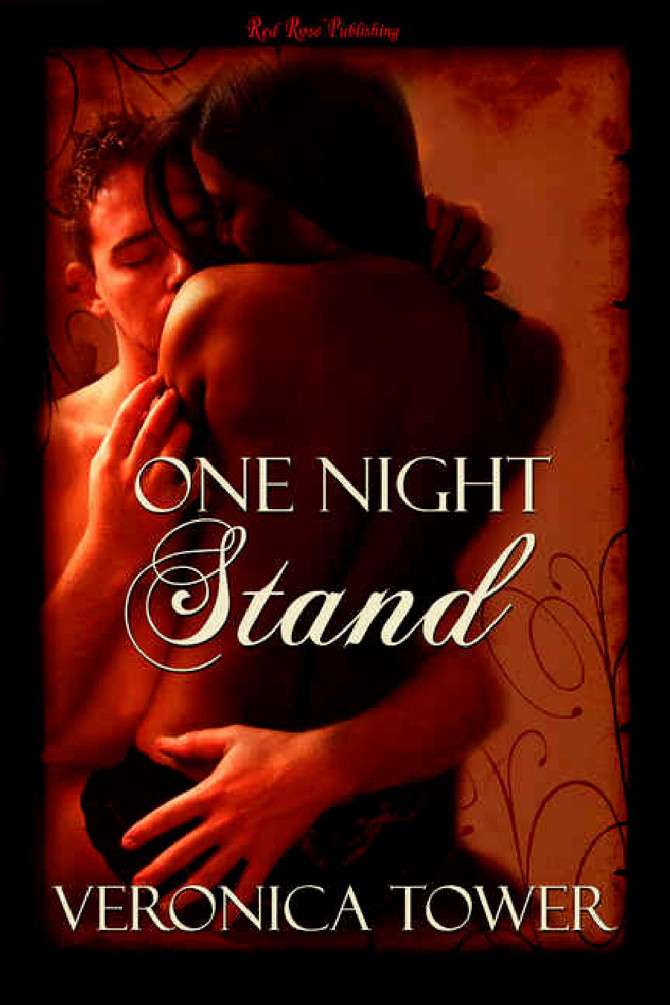 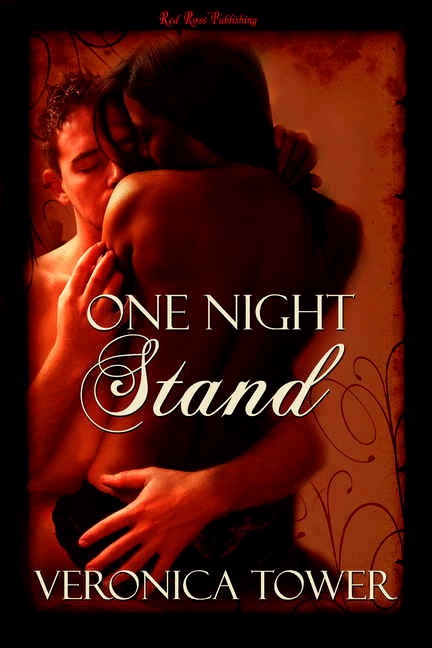 This is a work of fiction. Names, characters, places, and incidents are products of the author's imagination or are used fictitiously and are not to be construed as real. Any resemblance to actual events, locales, organizations, or persons, living or dead, is entirely coincidental.

One Night Stand by Veronica Tower

Publishing with a touch of Class! TM

Thank you for purchasing a book from Red RoseTM

comes with a touch of Class!

Lisa realized that John had stopped listening to her, but couldn't decide if this amused or annoyed her. On the one hand, there was no question that he was interested in her—

interested enough to embarrass himself trying not to stare at her body. It had been fun finding that out, taking a risk to throw John off his stride with a quick flash of leg. On the other hand, Lisa didn't like to have the rest of her ignored, so she thought it only fair to enact a punishment upon him. It would certainly be unprofessional, but in truth Lisa simply didn't care about this job. She had taken it only to help Liz.

After this class she would get back on the train and return to her life in Hartford. If she had a little fun teasing John for not paying enough of the right kind of attention, well she didn't see any harm in it.

Lisa leaned forward to put her decision into action. She liked games—liked them a lot. Starting one on the job added spice to the adventure.

Reaching across John, she put her hand on his mouse, allowing her breasts to hover right next to John's cheek. Her nipples tingled with excitement, growing hard against her bra.

The look on John's face encouraged her to push further.

Lisa used the mouse to move the pointer to the Excel icon on the screen. "We might as well run over a few basics," she told John. She used her very best instructor's manner, as if she was completely oblivious to the effect she was having on him.

John reluctantly transferred his attention to the computer screen—his face flushed, his breathing audible. Lisa's own heart pounded rapidly in her chest. Nothing felt quite so exciting as teasing a man. She didn't know how far she was willing to go yet, but John Walker—not Excel—had just become the primary focus of the afternoon's lesson.

Only one other person sat in the computer lab by the time John hurried into the room. Late as usual, he expected to find the Excel class packed and already working. Instead he discovered one woman sitting in an armless revolving chair.

She had light brown skin and beautiful shoulder-length hair.

Her shapely legs were crossed beneath a knee-length gray skirt, and she filled out her white silk blouse quite pleasantly.

She looked up, brown eyes framed by wide round glasses, and smiled. "I was just about to give up on you and call it a day. Your three colleagues cancelled earlier this afternoon, and I was guessing you'd done the same, but forgotten to phone."

John walked over to the woman and extended his hand.

The woman slid gracefully to her feet, flicking her long dark hair back off her face with a practiced toss of her head.

As they shook, John couldn't help noticing that the delicate silver chain around Lisa's wrist matched the one circling her throat.

Lisa released John's white hand and gestured toward the terminal next to hers. "Take a seat and tell me why you 8

signed up to take this course. Since you're all by yourself, we might as well gear the material directly to your needs."

John laughed. "Uh-oh, I don't know that I really need this course at all. I just signed up because a friend asked me to make sure she didn't have to come alone. I see she didn't have the same concern about me."

Lisa resumed her seat, demurely crossing her legs so that her right knee peeked out of her skirt at John. He couldn't help glancing down to admire the firm, lean legs beneath her hose. A silver anklet dangled above her foot in the same pattern as her necklace and bracelet.

John wondered if she worked out.

Lisa noticed John glance down at her legs, then quickly return his attention to her face. His eyes sparkled, as if he wondered if he had been caught doing something naughty.

She kept the pleasant smile on her face and pretended not to have noticed anything.

Taller than Lisa, John dressed conservatively in a sharp black suit with a white shirt. A Jerry Garcia necktie broke the mold, a swirl of red, black, and white that hinted at depths to John, not immediately apparent in his short black hair and closely cropped beard.

She found herself hoping that proved true.

Lisa leaned forward slightly, not exactly trying to draw John's eyes to her bosom, but absolutely delighting when his glance flickered down and back up again. Lisa had nice firm breasts, but they weren't overly large. It felt good to have a handsome man notice them.

"So what do you use Excel for?" she asked again.

John carefully kept his eyes squarely on Lisa's face. The strength of his reaction to this woman surprised him. It felt out of character. Lisa's obvious beauty didn't sufficiently explain his response. John always maintained a professional demeanor at work, but within seconds of meeting this woman he could feel that discipline eroding. Every movement she made snagged at his attention. Crossing her legs, leaning forward toward him—he couldn't even see anything, yet nothing could prevent him from trying. She just looked so damn perfect!

An hour ago, John would have said he preferred truly monumental breasts, yet Lisa's firm bosom had just converted him. The gentle swell of her flesh with that necklace pointing down toward her cleavage seriously intrigued him. Add her delectable light brown skin to the mix and John knew he had never seen anyone so physically fascinating.

He tried to force his attention back to the task at hand.

"Sorry, but I don't really use Excel for much of anything. I make a few tables now and again, but nothing really serious."

"Why did you sign up for this course again?"

John shrugged. "It's my friend, Robin. She wanted the afternoon off, but didn't want to come alone. So she signed me up with her, but then didn't tell me she'd backed out until it was too late for me to do the same. You know, Tech Support offers these courses for free—unless you miss the class. Then they bill your section a penalty fee."