Read Ours Is Just a Little Sorrow Online

Ours Is Just a Little Sorrow 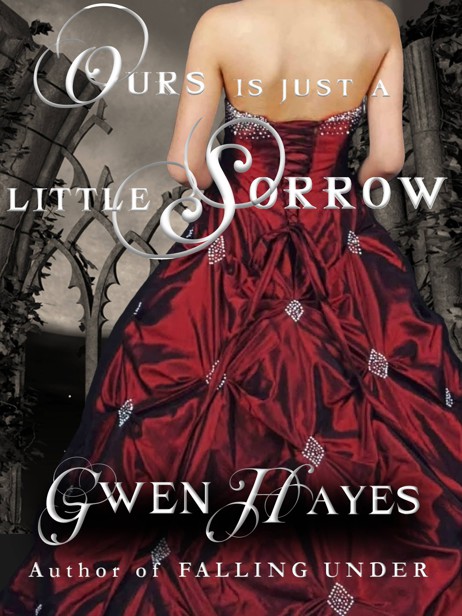 Copyright © 2012 by Gwen Hayes
Ours is Just a Little Sorrow
First Edition
All Rights Reserved.
Photo credits to Lilystox at DeviantArt
This book is a work of fiction. 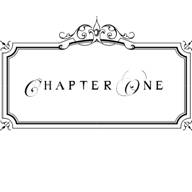 T
HE FIRST time I ever laid eyes on Colonel Malcolm Winston, he was purchasing me at a private sale arranged for his convenience.

The brass of his buttons shone like stars against the navy of his uniform as he pointed his walking stick at me lazily, as if he were already bored with
the duty. A sneering bulldog carved from ivory, or perhaps bone, topped the cane. The Colonel shook it a little harder at me, in another impatient gesture,
when nobody made a move quick enough to his liking.

Mrs. Witherspoon inclined her head in acquiescence and gestured me back into the line with her sharp gaze. I jerked into place beside the others. The blood
rushed to my cheeks in a hot wave, and then absented them just as quickly, leaving me weak from its sudden change of course. Why had he chosen me? All five
of us were outfitted in the same dark gray gowns. Our hair done in the same practical shape. Our boots all the same shabby, well-worn leather. What had set
me apart from the other four?

I didn't raise my eyes to his again, but I could feel his scrutinizing gaze on me as if he were touching me with embers from a fire. Instead, I stared at
the scuffed planks of the floor.

My life would forever change because I would
do
.

My valise was already packed when I returned to our sleeping quarters. It hadn't been my valise an hour ago, of course, as I never had reason to pack my
meager belongings before. I hadn't slept a night away from Witherspoon Academy of Fine Ladies of Suitable Nature since I'd been brought there at the age of
six. I had no family, save my academy sisters, and I was loath to leave them, even the bratty ones. I always knew this day would come, and yet somehow, I
felt so unprepared for it.

The dormitory already seemed like a memory, even as I stood in it. Nothing in the room had changed in twelve years, save the girls that came and went. The
beds lined one long wall, serviceable and plain, yet always comfortable and clean. The academy had been a haven, even if it had been an oppressive one.

Shelby, my dearest friend, sent me a watery smile as we found my bag far more ready to leave than I was. Bless her. I would miss that face and those round
spectacles. Shelby was my age, according to the records, but she always seemed younger. Perhaps it was the reluctance of the baby fat to leave her cheeks,
but I suspected it was the childlike innocence that clung to her despite the harsh lot she'd been given.

"I suppose the Colonel is waiting," Shelby said. Alongside the tremor, there was a hint of something else in her voice. Wonderment maybe. It must have
occurred to her that it might have just as easily been her leaving this time.

I nodded and reached for one last hug. "I won't forget you, Shelby. If given the occasion to, I will write you as often as I can."

"Oh, Violet," she cried. She squeezed hard, threatening injury to my ribs. As we pulled away from the embrace, Penelope slid around the corner through the
doorway, breathless and sweating.

"A governess," she blurted on a loud exhale from her exertion. "I found the file on Witherspoon's
PEAD
. The Colonel is here only for a governess."

I didn't want to know how Penelope had once again cracked the password on Mrs. Witherspoon's
Personal Engine Analytical Device
; I was just so very
glad she'd been able to. Penny had never met a difference engine she couldn't hack. A hazardous and unseemly talent, and yet one that had benefited me more
than once.

A governess. That I could do. Relief claimed my lungs, forcing out a sigh.

Witherspoon's Academy of Fine Ladies of Suitable Nature had always been intended to provide its clients with exemplary governesses or ladies' companions.
The last two of our sisters, however, were sold as brides. We'd been trained for that, too, of course. The thought was daunting just the same. Mrs.
Witherspoon hadn't been happy about it, but the market had dictated that she often make difficult choices.

While nobody especially liked Mrs. Witherspoon and her pinched expressions, we all respected her. She never put what was best for one above what was best
for the school. I'd never been asked to make a sacrifice that didn't benefit all my sisters, the current and future ones.

And because of Mrs. Witherspoon's hard decisions, I was about to embark on a life far different than the one I'd have had without the help of the good
citizens of New Geneva. The children of my own planet, Earth, fought hard to chisel a life that ended at an average age of five and twenty. Their existence
was one of hunger and violence, while I had grown up with a full belly and clean sheets.

And now, I was to make my way in the world armed with an education of quality, an education that was not only of books, but lessons in practicality as
well. I owed the irritable Mrs. Witherspoon, whose lack of husband made the "Mrs." part of her name dubious at best, more than I could ever repay.

The girls lined the hall outside the dormitory for farewells. Shelby did not join them; our goodbye was private and tearful. My duty to my other sisters
was quite different. I was already changed. No longer one of them, I needed to project an attitude of a calm lady, not an emotional schoolgirl. It was for
them that I soldiered my spine and remained polite, but slightly aloof, as I bid them farewell one last time. I did not want to leave them worried or
anxious of their own future, though I was terrified of my own.

At the end of the line, Mrs. Witherspoon looked down her hawk nose at me for a long moment. In her gaze, I glimpsed the woman, not the headmistress, and I
was grateful for the short connection.

And that was that.

Mrs. Witherspoon accompanied me to the door. Outside a pneumatic hover taxi waited. I was surprised, as I had expected the Colonel would have saved the
money and ensconced me in the coach with him. It seemed an extravagant waste to send two carriages to one address. Perhaps he thought I needed a little
time alone to acclimate myself to my new life and position. Maybe he had no interest in being cooped up with me for the long trip. Likelier, he felt I
wasn't important enough to ride in his own coach.

It mattered not. I chose to be grateful for the time alone. There was never much opportunity to be singularly alone at the academy. Often, I would stay
awake long into the night just to hear myself think.

The coachman barely waited for me to buckle my harness before we were in motion. Even at the speed that I'm sure at times doubled the legal limit, it still
took more than an hour to reach our destination. As we climbed altitude, higher and higher, there were fewer and fewer signs of civilization. In the middle
of nothing it seemed, the coachman stopped the vehicle at a black iron gate almost hidden in the brush. We sat motionless while a robotical avian left its
perch on one of the spires and flew around the taxi, stopping like a hummingbird in front of each window. Its copper "feathers" made a tiny mechanical
grinding noise as it flapped its wings. Its beady red eyes relayed our electromagnetic optical images to someone on the other side of the gate who would
decide whether or not we were welcome.

I half-hoped we were not.

As soon as the thought crossed my mind, I discounted it and chided myself. How foolish to be put off my future by a flying automaton. Just the same, I
didn't like its red-devil eyes.

The gate opened slowly to a forest. A rather dense forest. The coachman groaned at the sight of the very narrow and twisting path before us. The further we
ventured, the fewer the aether gaslamps became, and the darker our environment grew. As we had to travel at reduced speed to stay on the path, I had more
opportunity than I wished for to watch my surroundings. The trees held secrets and they whispered to each other in the rustling of leaves. The avian
automaton followed us as if we were being herded. I wondered if it had other uses, besides spying. Perhaps it was also a weapon to be used against those
who didn't wish to be herded. I imagined sharp lightning bolts striking me from those horrible red eyes.

At last we came to a clearing, and there, obstructing views to all else, loomed an imposing castle with angry turrets poking the sky. There were too many
raw angles and too much rock. It seemed like teeth of a huge creature more than a home. My new home, it would seem.

As the coachman help me to the ground, a bitter wind kicked up a prickling message of warning wherever it touched my skin. I shivered, but thrust out my
chin with fortitude and marched up the steps. I would not be deterred by childish fears. The wind could not hurt me unless I chose to let it signify
something nefarious.

A tall, lanky servant opened the door and directed a footman to retrieve my valise from the coachman. The butler, I assumed, introduced himself as Oliver
and showed me to a salon where I might take refreshment whilst I waited. Waited for what, I didn't know, for Oliver was less than communicative. He walked
slowly, his droopy Basset hound eyes staring straight ahead. I believed he was the most depressed person I had ever met, and I grew up in an orphanage.

Despite the serious nature of the castle's exterior and its butler, the salon was welcoming. Though heavy drapes were pulled against the sun, many lamps
burned from wall sconces and table tops, corded by tubes glowing with
liquideous aether
. The clean scent of lemons fragranced the air, a testament
to the highly polished gleam of every surface. On the mantel, several framed lithographs changed their image on a loop. Mesmerized, I watched the ancestors
of the Colonel flash by, one after the other.

"If you happen across one with two young boys baring their bottoms at the lake, I can assure you I will never tell you which bottom belongs to me."

At the sound of the male voice, I turned abruptly towards the door.

The young man was, perhaps, five years my senior, dressed impeccably, and smiling at me with a slightly incorrigible, but mostly pleasant fashion. He bowed
politely, and I returned with an automatic curtsy. As he continued his entrance into the room, his smile grew warmer, as did my cheeks. Good heavens, he
was quite the figure of a man.

"Aren't you going to ask?" he wondered.

"Which bottom belongs to me?"

I am sure my face matched the red velvet drapery, but as was my way, I didn't let embarrassment hinder forward progress. "Unfortunately, good sir, I hadn't
had the fortune of coming upon that particular image as of yet."

He stopped right in front of me. His eyes were a beautiful shade of blue, like the skies on a cloudless day. "Welcome to Thornfield Abbey. Are you the new
governess, then?"