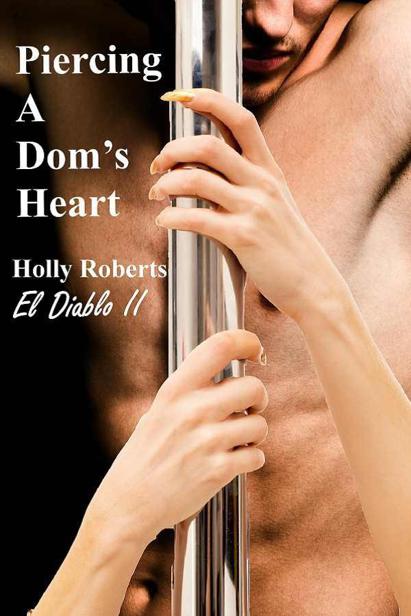 All rights reserved including the right to reproduce this book or portions thereof in any form.

He walked into the suite and looked around. It hadn’t changed since his last visit a year ago. The bell hop dropped his luggage into the master bedroom and then took the offered tip and closed the door gently behind him. Brandon made his way to the bar, picked up the note lying next to the bottle of Ardbeg, and smiled.

Bran, I looked forward to sharing a glass but something unexpected has come up so please start the party without me. I’ll see you at the club tonight. Damian.

This was what he needed. Filling a tumbler, he walked over to the wall to wall glass window and looked over the Houston skyline. His nose inhaled the rich smoky aroma before bringing the liquid to his lips and tasting the single malt scotch. Damian knew his whisky and the Ardbeg was perfection.

Exhaustion weighed heavily but nothing would keep him away from the club tonight. This wasn’t about his need for sex or his desire to escape a clingy, mentally taxing relationship that had continued for far too long. This was about his inner demon and the need to dominate and allow his kinky side to lead his cock for a while.

When his father, Brandon Edward Sterling III died suddenly, it stopped Bran’s playboy lifestyle and threw him into the world of corporate finance before he was ready. A desire for companionship also made a strong push for him to settle down and live the boring structured life of his parents. The same parents he loathed and wanted to be nothing like. In only one year he went back on all the promises he and his college buddies made when they swore to never live by the rules of their ultra-wealthy parents which landed them at Harvard to begin with.

Damian was the only friend who turned his nose at the acceptable and didn’t play the game but then, the majority of Bran’s college buddies never accepted Damian because of his money’s roots. It was one thing to hate the disgustingly rich echelon you were born into but quite another to have a father who gained his wealth by designing sex toys. When Damian picked a fight and broke Bran’s nose their first year in college, it was either take the other down or become friends. It could have gone either way but friendship won.

Accepting Damian’s lifestyle was a little harder but once Bran let his conservative barriers down, visiting the club became his sin filled pleasure. Before he became the head of Sterling International, the strict club privacy policies kept this side of his life from the press. During the previous year he had denied his darker side, kept his nose clean, and rejected what his mind and body craved. His engagement to Elizabeth and the consequential end to the engagement made him realize he needed to let loose and fuck a sweet little sub’s brains out. After that he would make a decision. But, he didn’t know if he could wholeheartedly throw himself into running his father’s---no
his
billion dollar corporation and give up completely on his desire for a D/s relationship. It filled a need from deep within and he was tired of rejecting it.

The clock showed two p.m. and he decided to live on the edge and do something he hadn’t done in years. His clothes hit the floor and the soft bed called. He crawled naked between the luxurious cotton sheets and then Brandon Edward Sterling IV took a nap.

He was awake at seven after enjoying the first solid sleep he’d had in months. Feeling refreshed and energized, he looked forward to an evening of play. After ordering dinner he took a shower. It was hard not to check his phone and email messages but he let his cock override the mental pull of business. Once he started on work it could be days before he came up for air. He was taking one week for himself and playing hooky from the real world. No one but his secretary knew of his location including his nosey mother. She wasn’t happy when he told her about his leave of absence and he wouldn’t be surprised if she tried to track his movements. Too bad she never gave a shit about him when he was young. He knew his control of the money was all that guided her now.

After dinner he poured another scotch and dressed for the evening. He knew Damian rented the suite out in his absence but his leathers were hanging in the closet. The only normal routine he managed over the past year was his daily trip to a private gym to relieve the stress from his life. He was glad for it now because everything fit like a glove. He pulled the black leather vest over his bare chest and felt control slide over his tall frame. It wasn’t that he didn’t have control of his business life but this was different. There, he went through the motions hating each second he spent behind a desk.

This was a discipline that required give and take; a power exchange that would end each night with the ultimate dominant sexual encounter his body craved.

He entered the private access code at the end of the hallway outside his rooms and then walked onto the elevator which took him to another world. The lighting, sound, and smells hadn’t changed. Here he was Sir with no pressed white shirt or tie required. He bypassed the center attraction which was a large carousel. The naked to half naked men and women were provocatively posed with some straddling the colorful horses waiting for their master’s return. He smiled on his way to the bar where he requested water.

Bran looked around the club and absorbed the sights and sounds. Several stations to the side of the enormous room were being used which was normal for this time of the evening. There was a large group standing at the second alcove and he decided to have a look.

The scene was sexy as hell. A redheaded Domme wielded a bullwhip with a master’s precision. It was one of the most provocative things Bran had ever seen. She looked to be six months pregnant and her tight black tank top only accented her curves and the roundness of her belly. She wore leather shorts that formed a v under her protruding stomach.

Bran would know that voice anywhere.

"Damn sexy if you asked me. Topping that could be the highlight of my trip but maybe we can hold off on the baby until we’ve known each other a while."

"She isn’t for you because that's my baby in her belly and I don't share."

Bran's eyes didn't leave the scene. "I wouldn't be sharing either but then again I don't see my future wife with a whip in her hand. Are you being topped these days?"

Deep laughter was his answer. He turned and looked at his good friend placing his hand out. Damian bypassed the handshake and gave Bran a strong hug. "I'm sorry I didn't make it to the funeral. I knew it would piss your mother off if I came and I felt this was one time I should leave well enough alone."

"The flowers did the trick. She had trouble holding on to her polite visage when she read your card. It gave me a chuckle so thank you."

"I'm also sorry to hear about your broken engagement. I'm a happily married man now and I can highly recommend the state of matrimony."

Bran looked back at the woman who was now kissing a dark haired female sub on the lips. "With that to come home to I can see why."

"You have no idea.” His grin was self-satisfied. “Lydia requests your presence at dinner tomorrow night. You can come to the club afterwards if you like."

"I'd love to. I could also use a recommendation for tonight's play if you don’t mind suggesting someone amiable to my tastes."

An angry voice sounded above the subtle background music. "Get the hell away from me or I'll put a stick of dynamite up your ass."

"Well fuck." said Damian, "This night just keeps getting better and better. Come on and meet my sister, unfortunately she'll probably be at dinner tomorrow night too."

Bran followed Damian to the angry voice. An older Dom looked at them when they approached and began apologizing to Damian. "Master D, I only asked her if she would like to do a scene with me on one of her days off. I didn't mean to cause a problem."

"Understood Paul, I'll handle things. Have a drink at the bar, it's on me."

Paul practically ran to the bar. Damian reached forward and tried to button his sister's black shirt but her hands came up and angrily brushed his aside.

Her voice was angry, frustrated, and bitchy, "You are such a prude brother dear. My breasts aren’t even showing. If you don't like seeing the exposed parts then don't have your employees wear such provocative uniforms."

"That man's idea of a scene included a butt plug and nipple clamps."

Bran stood to the side fighting a grin. Damian’s sister was at least five foot eight. She had thick black hair in a high ponytail, garish makeup, and more piercings than he'd ever seen on a human body. She was your typical Goth chick. Piercings were highly fashionable among the fetish crowd but they had never done anything for him. Bran took a second look at the curves in front of him and admired her luscious figure. The black lacy bra she wore covered her nipples, which was a shame even if Damian didn’t think so. Her black leather skirt hugged her hips and barely covered her upper thighs. Long legs meant to wrap around a man's waist made his cock hard. In difference to her Goth persona, sparkling metallic gold polish covered her long fingernails. While the other female employees wore slinky heeled shoes, Damian’s sister wore black combat boots. His cock stiffened even more.

He snapped out of his thoughts when Damian introduced them. Bran’s eyes traveled up and met the sky blue orbs on a very unhappy face.

"Never seen a pair of boobs before or do you also want to stick something up my ass?"

Bran couldn’t help raising his eyebrows at the name “Will” but it didn’t stop his reply, "I've seen plenty of boobs but yours are exceptional. I don't think I'll put something up your ass unless it's my cock but I'll be sure to put a nice ball gag in your mouth before I do it."

"Willow, my office now." Damian used his Master “you'll be punished if I'm disobeyed” voice and turned on his heel. He looked at Bran and gave a sharp tilt of his head. Bran followed.

Once they were safely away from club ears, Damian let his sister have it and didn't seem to mind that Bran was listening."

"I told you to expect that kind of behavior and to politely refuse anything you weren't interested in. I also told you to work at the downstairs bar but your ass insisted on being up here. If you upset my wife I will ship you to a third world country where they circumcise their women and then cover them from head to toe."