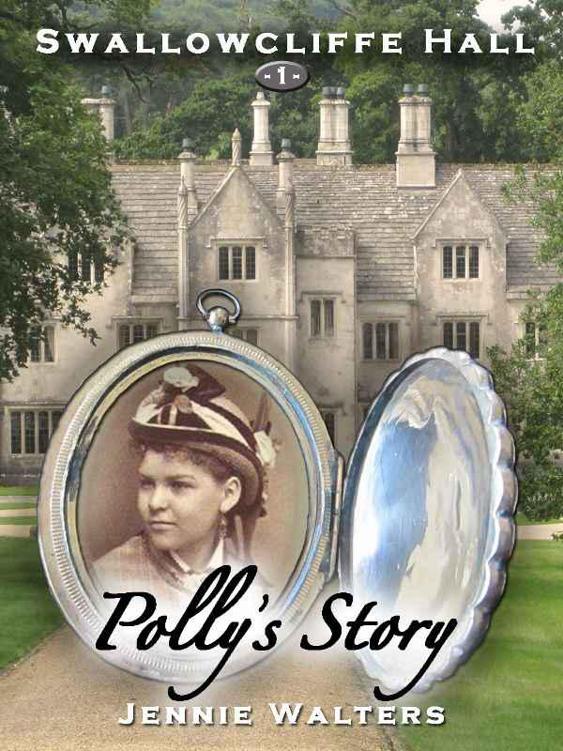 Synopsis
For 'Downton Abbey' fans! Scandal, romance and intrigue in a grand old English
country house: Swallowcliffe Hall, home to the aristocratic Vye family and the
staff who look after them. When Polly Perkins starts work at the Hall, she finds
it hard to learn the manners and etiquette expected of her. Life at
Swallowcliffe is a whirl of shooting parties, picnics and balls, and an army of
servants is required to look after the guests. Housemaids are meant to be seen
and not heard, and nobody takes much notice of the quiet young girl who lights
their fires and empties their slops. But Polly is sharp-eyed and quick-witted,
and gradually she uncovers a secret lurking in the shadows of the Hall's elegant
rooms - a secret that will end up breaking her heart. When a young American
heiress arrives to stay at Swallowcliffe, Polly must decide whether the time has
come for her to reveal what she knows. 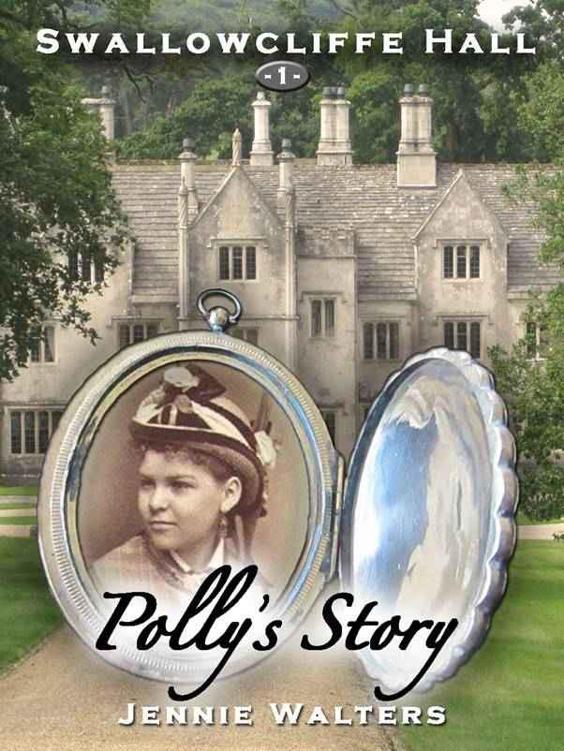 See You in my Dreams

(A ghost story with a difference)

‘A fantastic book I would recommend. It really touches your heart, and it is a really original plot. READ IT! You won’t be sorry.’
An Amazon customer

Whilst we have tried to ensure the accuracy of this book, the author cannot be held responsible for any errors or omissions found therein.

All rights reserved. This eBook is licensed for your personal use only and may not be resold or given away to other people.

Photograph of Victorian girl reproduced from
http://sensibility.com/vintageimages/victorian
, with thanks

A good constitution and a willing disposition are amongst the principal qualities to seek in a housemaid, to which may be added a quiet, pleasing manner and cleanly appearance.

I stood on the doorstep of the big house, my heart thumping so hard it was fit to jump out of my chest, raised the knocker and brought it down with a clap that echoed around the empty courtyard. A couple of pigeons pecking at crumbs on the cobblestones fluttered up into the air; such a great noise in that quiet place startled me too, even though I had made it myself. For two pins I would have taken up my basket and run all the way home, but there could be no turning back now: the new year had begun and with it, a new life for me. I had arrived to start work as under housemaid at Swallowcliffe Hall - if only someone would let me in.

I wished now that I had come by train and let the coachman pick me up from the station, as the housekeeper had suggested when I came for my interview a couple of weeks before. That had seemed a great deal of fuss at the time, however, so my mother and I had decided to beg a lift halfway on the dairy cart, and walk the rest. It was a frosty January morning but we were wrapped up against the cold, and tramping along the country lanes helped keep us warm. I wanted to put off the moment when we had to part for as long as possible, and maybe my mother felt the same. We have always been close, especially since my father died, and I could not bear the thought of leaving her.

‘Now chin up, Polly,’ she had told me as we stood together by the tall iron gates at the top of the drive. ‘You’re as good as anyone else, and better than most. Work hard and remember your manners, and no one will have any cause for complaint.’

Then she pressed a small paper package into my hand, telling me to open it later, and hugged me tight. A boy came out of the lodge to open the side gate and let me through; by the time I looked again, my mother was walking away down the long avenue of oak trees on either side of the road. The gate clanged shut, with me on one side and everything I knew and loved on the other. I had to bite my tongue not to call after her, feeling as though I had been abandoned in some strange foreign country to fend for myself as best I could. But then I noticed the gatekeeper’s boy staring at me - probably wondering how much longer I planned to stand there, moping - so I took Mother’s words to heart, straightened my shoulders and set off down the drive with as much courage as I could muster.

Fancy me, becoming part of a gentleman’s household! There had been Vyes at Swallowcliffe for hundreds of years, and the present Lord Vye was talked about with a great deal of respect throughout the whole of Kent. I could hardly believe my luck when the housekeeper told me she would take me on. I would be on a month’s trial, mind, since I was only fourteen and she did not know whether I would be able to manage the work. If I had not been tall for my age and with such a good character reference from my previous employers, Reverend Conway and his daughter, I’m sure she would never have considered it. I had read Miss Conway’s letter so many times, I knew it off by heart:

Olive Perkins has been employed as a general servant at the vicarage for the past eighteen months, and I can vouch for her as a steady, industrious girl of good character. She has a quiet, pleasant manner and comes from a respectable church-going family who have fallen on hard times through no fault of their own. Olive does not mind heavy work: she is healthy and strong for her years. She knows how to clean and polish thoroughly and is skilled at needlework, both plain and fancy.

Olive was the name I had been christened with, although everyone has called me Polly since I was a baby. I suppose Miss Conway thought that Polly Perkins did not sound a sufficiently serious kind of person to be employed at Swallowcliffe, and that Olive would be more suitable.

Being the oldest of four children, it was taken for granted that I would start earning my living as soon as possible to help provide for the family. I had begun by scrubbing floors and backyards on a Saturday for any of our neighbours who could spare the odd penny or a slice of bread, and that is how I came to know Miss Conway. She took a liking to me, which was a great stroke of luck after all the sad things that had happened to us (my mother also having lost the baby she was carrying shortly after my father died). Eventually I came to the vicarage as a maid-of-all-work when I turned twelve. The Conways could only afford to pay me eight pounds a year, but my meals were provided for me - although it has to be said that Miss Conway ate no more than a sparrow and assumed I would do the same. She trained me in all sorts of household duties, from blackleading the kitchen range to sweeping a carpet with damp tea leaves so the dust won’t fly about, plus everything you could possibly want to know about dusting, polishing and making beds, and a lot more besides. I learnt a great deal and managed to save enough to buy a black uniform dress ready for my next position. Then, as if by fate, my mother heard that they were looking for a housemaid at the Hall; the girl who was leaving happened to be a niece of one of our neighbours. News travels fast in a village like Little Rising, with the cottages clustered so close together and somebody usually hanging over their garden fence for a gossip.

I think Miss Conway was sorry to see me go, since I was a hard worker and we had rubbed along together very well. She gave me a leather-bound prayer book on my last day at the vicarage, and the print frock I was wearing that morning. ‘It will look better on you than an old maid like me,’ she said. I couldn’t help but agree - Miss Conway not being overly blessed in the looks department, despite having all sorts of other virtues. Without

wishing to sound vain, I thought the dress suited me very well. It was made from a striped crimson cotton and had a full skirt with several frilled petticoats underneath and wide flounced sleeves. Although it was a little too big for me around the waist, I am handy with a needle and soon had it altered to fit almost perfectly.

I might have felt quite pleased with myself in our little cottage, with the neighbours so jealous of my good luck and my younger sisters and brother telling me how fine I looked, but now I had arrived at the Hall itself, all the courage I possessed seemed to drain out through my boots. I will try to describe the place as best I can, though you would have to see Swallowcliffe for yourself to understand its magic. The main house is three storeys high, built from a silvery-grey stone. There is a slate roof with dormer windows set into it, a parapet around the edge and a little round tower in the middle which I think is called a cupola. On top of that is the weather vane: a golden swallow who swings about as the wind takes him, looking out over the formal gardens and the lake to the south of the house, or the winding drive and avenue of oak trees to the north, or east and west across miles of rolling parkland to the wooded hills which rise up behind.

I had not come to the Hall’s main entrance: a curving flight of steps leading up to a huge door flanked by marble pillars. That was not for the likes of me. Instead, I had taken a back path to reach the servants’ wing, which was laid out around a courtyard at the side of the house. I could remember coming this way with my mother on our previous visit, but that had been later in the day when there were more people about to show us where to go next. I rubbed my frozen hands together to bring some feeling back into them and wondered what to do; the housekeeper was expecting me and soon I would be late. Plucking up courage, I knocked again. Still no answer. There was nothing for it but to let myself in, whatever the consequences. I picked up my basket, tried the door to see if it was locked, then swung it open and walked down the passage on the other side in search of the housekeeper’s room. A faint clattering (pots and pans, maybe) and distant voices further down the corridor told me I was going in the right general direction.

Color Me Blind (A Divine Love Story Book 1) by Melinda Michelle
The Living Reed: A Novel of Korea by Buck, Pearl S.
A Town of Empty Rooms by Karen E. Bender
Alice-Miranda at Sea by Jacqueline Harvey
Blue Moon by Marilyn Halvorson
Like Slow Sweet Molasses by Unknown
The Book of Spells (Marriage to a Billionaire #3.5) by Jennifer Probst
Hold Tight (The Embrace Series) by Colyer, Cherie
Dark Descendant by Jenna Black
The Visions of Ransom Lake by McClure, Marcia Lynn