Read Portrait of a Spy Online

Portrait of a Spy 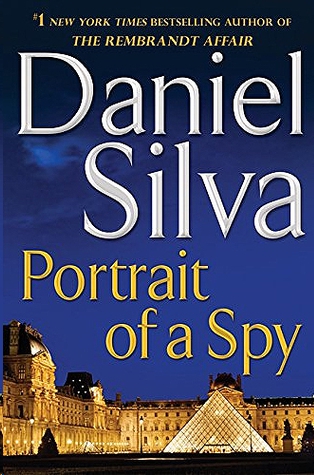 PORTRAIT OF A SPY

For my wonderful children, Nicholas and Lily,
whom I love and admire more than they will
ever know. And, as always, for my wife, Jamie, who
makes everything possible.

Jihad is becoming as American as apple pie
and as British as afternoon tea.

One person of integrity can make a difference,
a difference of life and death.

DEATH IN THE GARDEN

I
T WAS THE
R
EMBRANDT THAT
solved the mystery once and for all. Afterward, in the quaint shops where they did their marketing and the dark little seaside pubs where they did their drinking, they would chide themselves for having missed the telltale signs, and they would share a good-natured laugh at some of their more outlandish theories about the true nature of his work. Because in their wildest dreams there was not one among them who ever considered the possibility that the taciturn man from the far end of Gunwalloe Cove was an art restorer, and a world-famous art restorer at that.

He was not the first outsider to wander down to Cornwall with a secret to keep, yet few had guarded theirs more jealously, or with more style and intrigue. A case in point was the peculiar manner in which he had secured lodgings for himself and his beautiful but much younger wife. Having chosen the picturesque cottage at the edge of the cliffs—by all accounts, sight unseen—he had paid the entire twelve-month lease in advance, with all the paperwork handled discreetly by an obscure lawyer in Hamburg. He settled into the cottage a fortnight later as if he were conducting a raid on a distant enemy outpost. Those who met him during his first forays into the village were struck by his notable lack of candor. He seemed to have no name—at least not one he was willing to share—and no country of origin that any of them could place. Duncan Reynolds, thirty years retired from the railroad and regarded as the worldliest of Gunwalloe’s residents, described him as “a cipher of a man” while other reviews ranged from “standoffish” to “unbearably rude.” Even so, all agreed that, for better or worse, the little west Cornish village of Gunwalloe had become a far more interesting place.

With time, they were able to establish that his name was Giovanni Rossi and that, like his beautiful wife, he was of Italian descent. Which made it all the more curious when they began to notice government-issue cars filled with government-issue men prowling the streets of the village late at night. And then there were the two blokes who sometimes fished the cove. Opinion was universal that they were the worst fishermen anyone had ever seen. In fact, most assumed they were not fishermen at all. Naturally, as is wont to happen in a small village like Gunwalloe, there began an intense debate about the true identity of the newcomer and the nature of his work—a debate that was finally resolved by
Portrait of a Young Woman
, oil on canvas, 104 by 86 centimeters, by Rembrandt van Rijn.

Precisely when it arrived would never be clear. They assumed it was sometime in mid-January because that was when they noticed a dramatic change in his daily routine. One day he was marching along the rugged cliff tops of the Lizard Peninsula as though wrestling with a guilty conscience; the next he was standing before an easel in his living room, a paintbrush in one hand, a palette in the other, and opera music blasting so loudly you could hear the wailing clear across Mount’s Bay in Marazion. Given the proximity of his cottage to the Coastal Path, it was possible—if one paused in just the right spot, mind you, and craned one’s neck at just the right angle—to see him in his studio. At first, they assumed he was working on a painting of his own. But as the weeks ground slowly past, it became clear he was involved in the craft known as conservation or, more commonly, as restoration.

The Camp by kit Crumb
If She Should Die by Carlene Thompson
A Heart in Flight by Nina Coombs Pykare
Wicked Sweet by Merrell, Mar'ce
Foresight by McBride, EJ
Alice by Milena Agus
Storms Over Africa by Beverley Harper
His Touch by Patty Blount
River of Blue Fire by Tad Williams
The Maleficent Seven (From the World of Skulduggery Pleasant) by Derek Landy