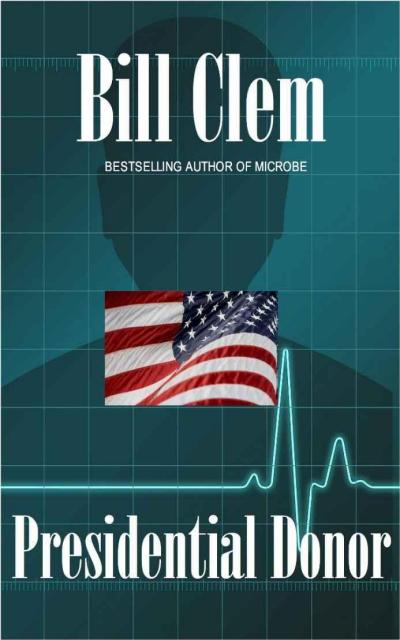 All rights reserved. No part of this book may be reproduced in any form or by any electronic means, including information storage and retrieval systems, without permission in writing from the author, except by a reviewer who may quote brief passages in a review.

As always, for my wife and children...

They All Fall Down (Holland Carter Detective Series) (2008)

T
he first projectile struck just as Viktor Chermonovik raised his glass of vodka to toast his new alliance with the United States. Glass and hand vanished in a blinding explosion of skin and bone. Nothing remained where his wristwatch was a moment earlier.

The second round, more merciful, drilled through the center of his forehead. It removed the complete back of his skull and everything within. Only the face remained, as though it were a paper cutout. The Politburo member behind Chermonovik held his mouth open in shock, and something soft landed in it as the head exploded. He fell to his knees, gagging as he struggled to extricate it.

The third and final shot, purely for effect, opened a hole in Chermonovik's chest, and he slumped to the ground like a stringless puppet, blood spurting in every direction.

Finished with his job, the assassin broke down the .50 caliber rifle and quickly packed it in its case. He scrambled down from the radio tower and ran across Red Square.

The President of Russia was dead.

At 5 A.M., Vice President Warren Ritter was yanked from the grips of his nightmare. He sat bolt upright in bed, winded as if he'd been running. Perspiration dripped from his face. Disoriented until his eyes swept the room, he finally realized it was a dream. He'd had the dream three times in as many days, and it was always the same.

He only saw one part of the assassin--his hands.

Earlier, Ritter fell asleep while listing to the eleven o'clock news report on CNN. An analysis of the President's upcoming trip to Zurich was on.

Now, like a loop in a tape player, it ran again for the early morning edition. Ritter grabbed the remote from his nightstand and keyed up the volume to see if he had missed anything the night before. His least favorite correspondent reported his least favorite story.

"President Thomas Lloyd will travel to Zurich, Switzerland tomorrow to meet with Russian President Viktor Chermonovik to sign the U.S.--Russian Oil Pact. The plan calls for a four billion dollar grant to Russia, to jointly develop one point two million acres of oil fields in the Northern Territories along the Arctic Circle. Konoco Oil will hold the drilling contract for the United States; Russia's Energy Ministry has yet to announce who will contract for their part of the project. The summit has drawn harsh criticism from opponents who say the United States has already given Russia too much. Washington insiders say, even the Vice President, well known for his dislike of Russia as far back as his CIA days, opposes it. He has said privately he objects to giving them a handout to rejuvenate their crumbling military. He has denied those reports in public, saying he supports the President's plan."

Ritter threw down the remote and cursed at the reporter. She was right about one thing--he definitely opposed the oil pact--
his nightmare came closer to his true feelings.

It was that thud, that awful thud.

The last thing Jack McDermott heard before the collision.

Now, it was the first thing he remembered. His brain, dormant for more than a week, was suddenly jolted from its abyss. The odds Jack would even wake up were slim. The odds he'd remember anything, slimmer yet. Somehow, though, he'd done it.

Back from the dead.

Seconds passed, then suddenly all his senses assaulted him at once. The shriek of an alarm tone felt as if someone had jammed a pencil in his ears. A sharp disinfectant odor burned his nostrils. He felt himself breathing again. And a new sensation was spreading through his head. His eyeballs felt as if tiny men with nail-laden shoes capered behind them.
God that hurts!
He closed the lids tightly and waited for the pain to stop. Tentatively, Jack relaxed one eye, then the other. Finally, the stabbing pain began to dissipate. When Jack opened his eyes, his vision was clearer. In the semidarkness, the room took shape. It looked ominous and sterile. Stark white walls with metal shelves, framed huge glass panels.

What is this place?

The room lay in shadows of high tech medical equipment.

Jack tried to sit up, to take in his bizarre surroundings. With his first bit of lucidity, fear crept in.
What were all these tubes sticking out of him?

A small monitor at the foot of the bed traced jagged lines across a gray screen. The strangeness of it only added to his fear. He tried to crane his neck to take in the rest of the room, but dropped his head onto the pillow, already exhausted from the effort.

Zurich Trauma Center's Head Injury Unit generally remained quiet. The nurses went about their duties and cared for their comatose patients with relative ease. So when the normal cadence from one of the EEG monitors was interrupted by a loud alarm, the nurse on duty gave it only a casual glance while she did her notes. She assumed it was a bogus alarm, perhaps electrical interference--the usual cause.
It would stop in a minute.
It continued, though, so she stood up and took a closer, more curious look. A second later, her curiosity changed to stark surprise. The brain-wave tracings were increasing rapidly. The digital readout identified the patient's last name only:
McDERMOTT
. As his blood pressure and heart rate increased on the monitor, the nurse felt a rush of her own adrenaline.
This was not electrical interference!

She scrambled around the nurses' station looking for the other staff.

"Activity in bed four," she called to the other two nurses on duty. They sprinted down the hall like a well-practiced drill team.

As she dashed toward the room, her mind went into overdrive. If it wasn't interference, a flat line--the signal someone's life had just ended, usually accompanied an alarm here. Life became a relative term at Zurich Trauma Center, though, especially on the head injury unit. All the patients were vegetables, and the quality of life became the issue.
They had none
, and simply awaited the inevitable opportunity to help someone else--and become their donor.

When she stopped in the patient's doorway, the other two nurses looked at each other in shock.
Impossible!

Jack McDermott sensed a sudden commotion all around him, and he tried to sit up. The room flooded with light and he lifted his arm to cover his eyes, but it only moved a few inches before it stopped. A thin plastic tube snaked from his arm up to a bottle at his bedside. As he regarded his predicament, three white-clad figures rushed into the room. One of them, a large woman who spoke with a German accent, yelled something to the others while she mashed a button on the box at the foot of the bed. Suddenly, the alarm stopped. She gazed down at Jack.

Jack had no doubt that this mysterious assemblage of women must be angels.

- "What happened?" Jack managed, the simple question causing his head to throb.

"All I remember is that
thud
."

President Thomas Lloyd had slept well aboard Air Force One. With the exception of some minor turbulence, the night was as comfortable as it would have been in his Serta Perfect Sleeper back at the White House.

He arose an hour early, his nerves wrought with anticipation of the day ahead. After a quick shower, he shaved close, put on his starched, white Oxford, and tied a perfect Windsor knot in his maroon, silk tie. He started to comb his hair when a knock at the door caught him off guard. Slipping one leg into the trousers of his gray, Brooks Brothers suit, he nearly tripped putting on the other pant leg.