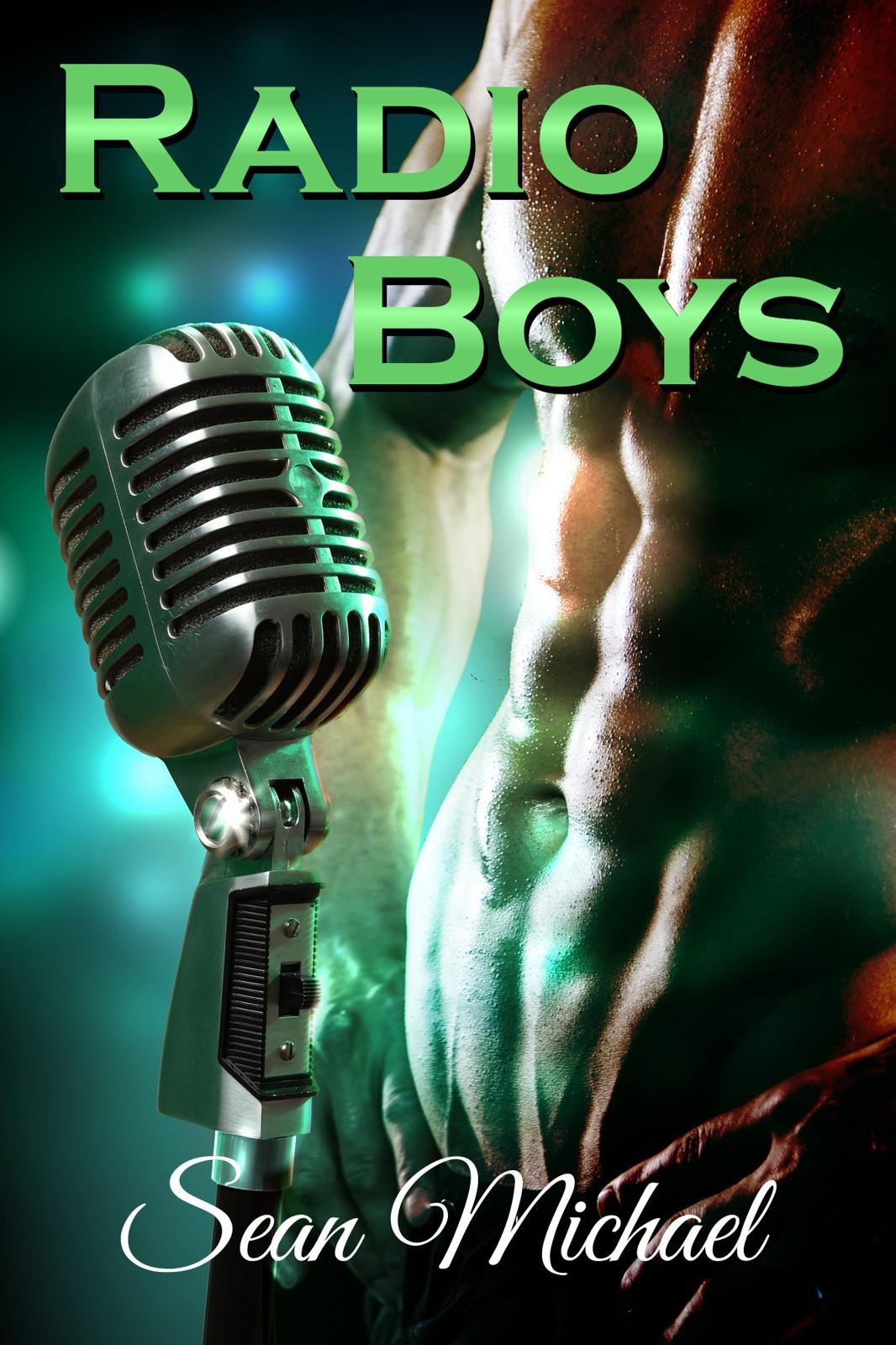 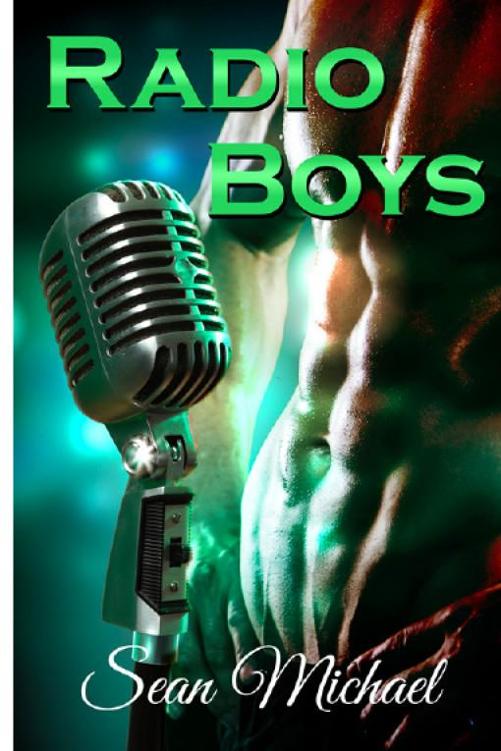 This is a work of fiction. Names, characters, places, and incidents either are the product of the author’s imagination or are used fictitiously. Any resemblance to actual events, locales, organizations, or persons, living or dead, is entirely coincidental and beyond the intent of either the author or the publisher.

All rights reserved, which includes the right to reproduce this book or portions thereof in any form whatsoever except as provided by the U.S. Copyright Law. For information address Torquere Press. LLC, P.O. Box 37, Waldo, AR 71770

Printed in the USA

They started out with Nat King Cole, sang a few Perry Como standards for dad, then moved on to Sinatra. Paul was relaxed, settled on his stool, Bill and the boys solid as granite behind him, never missing a beat.

The slight smokiness of the bar, the heat of the lights, the smell of olives and gin and perfume -- Paul loved the Lucky Lady with a unique passion, from the worn velvet seats to the way Linda the bartender flirted with Dad. Two Saturday gigs a month for what... nine years now? Ten? And it still felt good.

Their audience was older, Dad’s age and a little younger, but they applauded for them, liked them and, since they were always the first set, Paul could usually talk Dad into staying for the late set, to hear the bluesier and younger groups -- like tonight’s fucking stunning Billie Hollidayesque vocalist.

He finished with “Send in the Clowns,” standing and bowing at the smattering of applause. “Thank you very much. I’m Paul Michael Stearn and this is Bill and the Beltons. We’ll be back again on the twenty-third. Have a good evening.”

Then the heat of the lights faded and he turned, tilted his head, grinned. “Good set, as usual, Mr. Keuper.”

A soft, worn towel was pressed into his hand. “Yeah, Sherlock, it wasn’t bad at all. You need a haircut though, you’re looking raggedy around the edges.” Bill’s voice was warm and rich and full of teasing. “You sticking around to hear the next set? I’m filling in for Kathy’s bass player. He’s in jail.”

“No shit? Again?” Paul shook his head, mopping the sweat off his face. “Kid’s living a rock and roll life in a blues club band. Yeah, Dad and I are staying. You ready?”

“Yep, c’mon.” With that, his hand was put on Bill’s corduroy clad elbow and he was led down to Dad’s table, fourth one over, third back.

“Hey, we were good?” He settled easily, Bill greeting his dad quickly before disappearing. Probably going to neck with Kathy in the break room. Lucky bastard.

“As always, son. You need to watch the tempo on ‘Fools Rush In’ and you might gargle tonight and rest your voice before you go on the air tomorrow night, you’re a little hoarse, but overall I was pleased.” A mug of hot tea was set near his fingers. “We’re staying for Kathy’s band?”

Paul grinned, settling back and pulling off his tie, popping the top few buttons of his shirt. “Yeah, Dad. Cool.”

“Hey there.” The voice was that of a stranger, male, young. “Look I’m here by myself and wondering if I could join you if you two aren’t expecting anyone else?” He could hear the smile. “Your next round of tea’s on me.”

Paul grinned and nodded. “Can’t deny a man willing to spring for the tea. Have a seat.”

“Great, thanks.” The guy sat next to him on the bench, close enough they were touching at shoulders and hips. “Oh, I’m Thor. Thor Sorenson.”

Warm. Thin, too. And he was a swimmer -- there was a hint of chlorine hidden under the Cool Water cologne.

Paul held out a hand with a smile. “I’m Paul and this is my father, Lew Stearn.”

His hand was taken in a loose, easy grip. “Hey Paul, Lew, nice to meet you both.”

Thor kept his hand for a moment, stroking it with his fingers. “You’ve got a great voice.”

“Thanks. I’ve got one hell of a band backing me up and fabulous tunes, so it makes it easy.” His hand was tingling, Thor’s fingers leaving a warm impression that felt so... God, he needed to find a live body and get laid. The man had only shaken his fucking hand.

“I’ve got to say you don’t look anything like your publicity photos.” His hand was finally let go. “I’m from Albrechtville -- listen to your radio show every night if I’m home.” Thor laughed a little, the sound rich, from the man’s belly. “I recognized the voice but I wasn’t sure until you introduced yourself.”

His mouth opened and Paul could feel his cheeks heat. He’d been at the radio station for six years, deejaying KBOW’s Love Songs, Requests and Lonely-hearts show, and no one had ever recognized his voice. Not even once.

It was Dad who spoke up. “Yeah, I think it’s dumb as hell that they won’t use my boy’s picture -- like anyone would care that a blind guy was a deejay. Idiots. And Paul, you owe me twenty bucks. I told you eventually somebody would recognize you.”

“You can’t tell me I’m the first one to recognize you by your voice! It’s... very distinctive.”

Paul chuckled, pleased down to his bones. “People don’t tend to listen. The blind thing freaks them out and unless I’m doing...” He dropped his voice a half-octave, letting a little half-growl ride him. “’Good evening, lovely ones. This is Paul Michael Stearn with the Rainbow Room’s Loving and Leaving Show’, then they don’t make the connection.”

Thor gave a little shiver and cleared his throat. “Their loss then.”

“Thanks. Oh, and thanks for listening to the show, too. I’m a big fan of loyal listeners.” He reached for his tea, arm rubbing against Thor’s. Mm... muscles. Not like Schwarzenegger muscles, but lean, strong ones. “You a student at Albrecht?”

Thor laughed, the sound cheerful. “I’m not the student type. Swim team coach. I teach diving on the side -- that’s my real love, but the coaching pays the bills and then they let me use the pool for my classes.”

“Cool.” Paul chuckled as Dad gasped and the questions started flying. He listened with half an ear, focusing on the scent of Thor’s body and the sound of Thor’s voice.

Dad was going on about snorkeling in Florida, retiring with his wife, living out his life on the beach -- when were classes? How much was the equipment? Etc., etc. Paul grinned and tilted his head as the band started warming up. There was something basically unnatural about the concept of being underwater. Thor was very enthusiastic though, talking about his dream to dive at the Barrier Reef in Australia.

Every now and then Thor’s arm brushed Paul’s as he waved them around. Then he laughed again. “Okay, I’ll shut up now so we can hear the band. I swear Lew -- you get me started and I get... focused.”

“I can understand that, Thor. It sounds fascinating. I’ll have to talk to Tammy, see if she’s interested. I wouldn’t want to do it alone.”

“Never dive alone, Lew. Always go with a buddy. Hell, the same’s true for swimming. Always play it safe and never do it alone.”

Kathy’s powerful voice started, a capella. Low and rich, the song caught his attention, his focus. At some point in the set, his mug was refilled, Dad and Thor carrying on a soft conversation, the sounds of their voices comforting, easy.

As Kathy’s set came to an end, Thor stroked gentle fingers along his arm. “I take it you’re not a water man, Paul?”

“Me?” He grinned and shook his head. “No. Not at all. I bathe and wash dishes and water my plants -- that would be the extent of my relationship with the wet stuff. It’s much too disorienting.”

His dad started to chuckle and Paul kicked him under the table. Hard.

“I can see that,” Thor said, fingers stroking over his arm again and then sliding away. “You’ll have to let me take you to the pool sometime, teach you how to do the basics. Um... you know, in case you’re ever caught in a really big puddle or something. I, well, I’d love to try to share my love of the water is all.”

“A really big puddle?” He laughed, nudging Thor with his shoulder. “I’m more likely to drown in my Earl Grey. Besides, teaching a hydrophobic blind man to swim must not be high on your ‘things I’d like to do’ list.”

He heard Dad clear his throat, excuse himself.

Thor turned toward him, one arm sliding along the top of the seat behind him. “Well, that would depend on the hydrowhatsit blind man, wouldn’t it?”

Paul’s eyebrow rose and he tilted toward Thor. If he didn’t know better, he’d say he was being flirted with. “I only know one hydrophobic blind man. Are they common?”

“That’s because we’ve all drowned in really big puddles, Thor. So, tell me, what is a diving instructor doing at a this club, an hour’s drive from home?” He let himself relax back, his neck touching Thor’s arm.

Thor’s fingers started to stroke the side of his neck.

“I’m usually here a little later in the evening, I guess that’s why our paths have never crossed before now. Which is a shame.” Thor cleared his throat. “I’m not one to be coy, Paul -- with six siblings you learn to just step forward and say what you want, you know? And I want to see you. I mean date you. I mean... “ Thor chuckled. “Maybe this is why I’m short -- I never did learn to just step forward and say what I wanted at the dinner table.”

Thor groaned. “Tell me I didn’t just compare you to a meal at my parents...”

That surprised Paul enough that he laughed, long and honest and from deep in his belly, completing derailing his insistence that Thor didn’t know anything about him and that he worked weird hours and, and, and, and... “Can I be the mashed potatoes? Those were always my favorite.”

“What a coincidence -- I always wanted extra helpings of the mashed potatoes.”

“Honestly? No.” He held up his hand. “Please, I don’t mean any offence, but I don’t know you or where you live and if something happened, I’d have a terrible time getting home.” Paul grinned. “Or finding the bathroom if I needed to pee. Of course, I have an apple coffeecake and a coffeemaker at my house...”

“So you’re turning me down but inviting me back to your place instead? I can live with that.”

Of course the real question was why Thor was interested -- if it was a blind thing or a deejay thing or just an available warm body thing. Not that it mattered, it had been a long time since he’d had sex and by tomorrow morning, the whys wouldn’t matter.