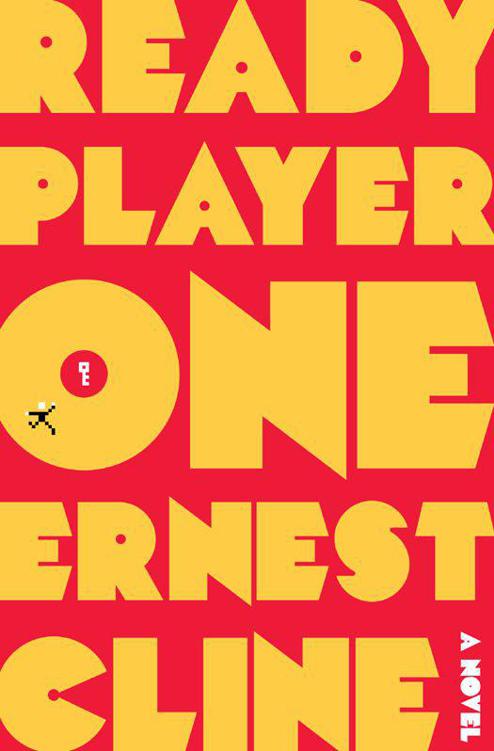 “[An] adrenaline shot of uncut geekdom
… sweet, self-deprecating Wade, whose universe is an odd mix of the real past and the virtual present, is
the perfect lovable/unlikely hero.”

“The pure, unfettered brainscream of a child of the ’80s
, like a dream my thirteen-year-old self would have had after bingeing on Pop Rocks and Coke.…
I couldn’t put it down.”

“Pure geek heaven
. Ernest Cline’s hero competes in a virtual world with life-and-death stakes—which is only fitting, because he’s fighting to make his dreams into reality. Cline blends a dystopic future with meticulously detailed nostalgia to create
a story that will resonate in the heart of every true nerd.”

“A fantastic adventure set in a futuristic world with a retro heart
. Once I started reading, I didn’t want to put it down and I couldn’t wait to pick it back up.”

“Cline has somehow managed to jack into the nervous system of some great warm collective geek-dream nostalgia of the ’70s and ’80s and used the precious touchstones he’s rediscovered there to create
an adventure
that’s almost more experienced than read.…
Ready Player One
let me
romp through some of the best memories of my youth.”

“Imagine that Dungeons and Dragons and an ’80s video arcade made hot, sweet love, and their child was raised in Azeroth
. If you’re not already experiencing a nerdgasm at the thought, I don’t want to know you.”

“
Ready Player One
expertly mines a copious vein of 1980s pop culture, catapulting the reader on a light-speed adventure in an advanced but backward-looking future.
If this book were a living room, it would be wood-paneled. If it were shoes, it would be high-tops. And if it were a song, well, it would have to be ‘Eye of the Tiger.’ I really, really loved it.”

“I was blown away by this book.…
Ernie Cline has pulled the raddest of all magic tricks: He’s managed to write a novel that’s at once serious and playful, that is as fun to read as it is harrowing
. A book of ideas, a potboiler, a game-within-a-novel, a serious science-fiction epic, a comic pop-culture mash-up—call this novel what you will, but
Ready Player One
will defy every label you try to put on it.
Here, finally, is this generation’s
Neuromancer.
” 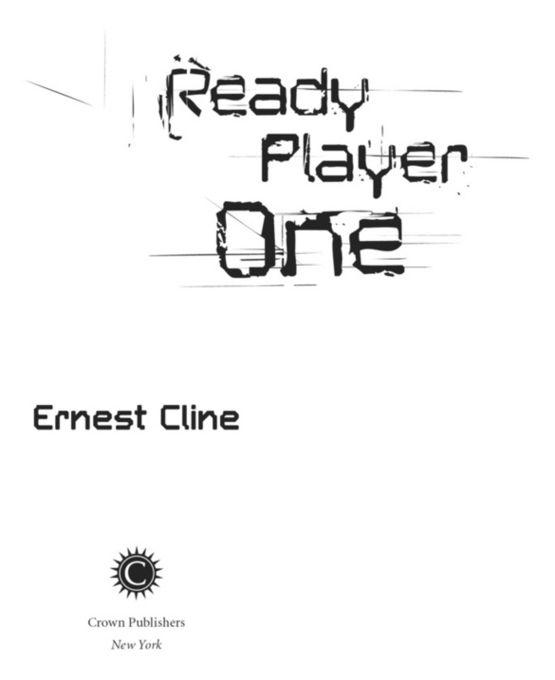 All rights reserved.
Published in the United States by Crown Publishers, an imprint of the Crown
Publishing Group, a division of Random House, Inc., New York.
www.crownpublishing.com

CROWN
and the Crown colophon are registered trademarks of Random House, Inc.

Everyone my age remembers where they were and what they
were doing when they first heard about the contest. I was sitting in my hideout watching cartoons when the news bulletin broke in on my video feed, announcing that James Halliday had died during the night.

I’d heard of Halliday, of course. Everyone had. He was the videogame designer responsible for creating the OASIS, a massively multiplayer online game that had gradually evolved into the globally networked virtual reality most of humanity now used on a daily basis. The unprecedented success of the OASIS had made Halliday one of the wealthiest people in the world.

At first, I couldn’t understand why the media was making such a big deal of the billionaire’s death. After all, the people of Planet Earth had other concerns. The ongoing energy crisis. Catastrophic climate change. Widespread famine, poverty, and disease. Half a dozen wars. You know: “dogs and cats living together … mass hysteria!” Normally, the newsfeeds didn’t interrupt everyone’s interactive sitcoms and soap operas unless something really major had happened. Like the outbreak of some new killer virus, or another major city vanishing in a mushroom cloud. Big stuff like that. As famous as he was, Halliday’s death should have warranted only a brief segment on the evening news, so the unwashed masses could shake their heads in envy when the newscasters announced the obscenely large amount of money that would be doled out to the rich man’s heirs.

But that was the rub. James Halliday had no heirs.

He had died a sixty-seven-year-old bachelor, with no living relatives and, by most accounts, without a single friend. He’d spent the last fifteen years of his life in self-imposed isolation, during which time—if the rumors were to be believed—he’d gone completely insane.

So the real jaw-dropping news that January morning, the news that had everyone from Toronto to Tokyo crapping in their cornflakes, concerned the contents of Halliday’s last will and testament, and the fate of his vast fortune.

Halliday had prepared a short video message, along with instructions that it be released to the world media at the time of his death. He’d also arranged to have a copy of the video e-mailed to every single OASIS user that same morning. I still remember hearing the familiar electronic chime when it arrived in my inbox, just a few seconds after I saw that first news bulletin.

His video message was actually a meticulously constructed short film titled
Anorak’s Invitation
. A famous eccentric, Halliday had harbored a lifelong obsession with the 1980s, the decade during which he’d been a teenager, and
Anorak’s Invitation
was crammed with obscure ’80s pop culture references, nearly all of which were lost on me the first time I viewed it.

The entire video was just over five minutes in length, and in the days and weeks that followed, it would become the most scrutinized piece of film in history, surpassing even the Zapruder film in the amount of painstaking frame-by-frame analysis devoted to it. My entire generation would come to know every second of Halliday’s message by heart.