Read Rebellion: The History of England from James I to the Glorious Revolution Online

Rebellion: The History of England from James I to the Glorious Revolution

BOOK: Rebellion: The History of England from James I to the Glorious Revolution
>>DOWNLOAD HERE >>READ ONLINE NOW
ads 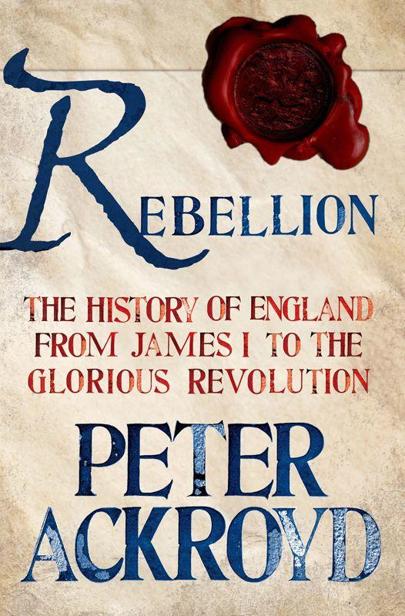 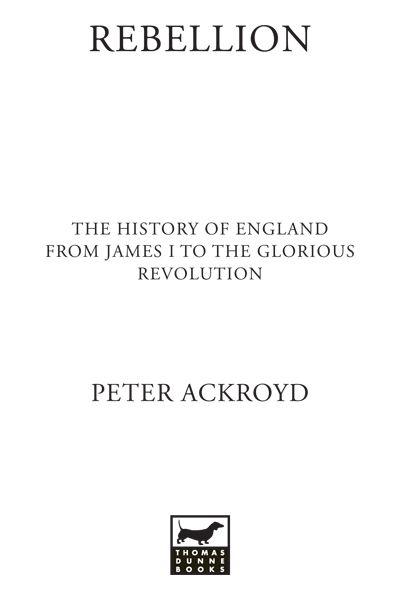 13. Take that slime away

19. A great and dangerous treason

24. Neither hot nor cold

28. The mansion house of liberty

10. Charles I and his wife, Henrietta Maria (Alinari Archives, Florence – Reproduced with the permission of Ministero per I Beni e le Attivit … Cu)

11. Three out of seven of Charles I’s children, painted by Anthony Van Dyck (Alinari Archives, Florence – Reproduced with the permission of Ministero per I Beni e le Attivit … Cu)

13. What the Cavaliers are supposed to have done with the Puritans (Mary Evans Picture Library)

15. A plan of the Battle of Naseby (Mary Evans Picture Library)

17. The trial of Charles I in Westminster Hall (Mary Evans Picture Library)

20. A contemporary tapestry celebrating the restoration of Charles II (© The Holburne Museum of Art, Bath, UK)

30. Charles II in his role as patron of the Royal Society (Private Collection / The Stapleton Collection / Bridgeman Images)

34. The covert arrival of an infant, to be passed off as James II’s son (Private Collection / Bridgeman Images)

Sir Robert Carey rode furiously from London to Edinburgh along the Great North Road, spending one night in Yorkshire and another in Northumberland; he arrived at Holyrood Palace, ‘be-bloodied with great falls and bruises’ after a journey of more than 330 miles. It was late at night on Saturday 26 March 1603. He was ushered into the presence of King James VI of Scotland and, falling to his knees, proclaimed him to be ‘King of England, France and Ireland’. He gave him as testimony a sapphire ring that his sister, Lady Scrope, had thrown to him from a window at Richmond Palace immediately after the death of Elizabeth I. ‘I have’, he told his new sovereign, ‘a blue ring from a fair lady.’

‘It is enough,’ James said. ‘I know by this you are a true messenger.’ The king had previously entrusted this ring to Lady Scrope in the event of the queen’s death.

A body of prelates and peers had already met Sir Robert Cecil, the principal councillor of the old queen, at Whitehall Gate before they proceeded with him to the cross at Cheapside where Cecil proclaimed James as king; bonfires and bells greeted the news of the swift and easy succession. Cecil himself declared that he had ‘steered King James’s ship into the right harbour, without cross of wave or tide that could have overturned a cock-boat’. The councillor had entered a secret correspondence with James before Elizabeth’s death; he had urged the Scottish king to nourish ‘a heart of adamant in a world of feathers’.

On 5 April James left Edinburgh to travel to his new realm. He had been the king of Scotland for thirty-six years, ever since he had assumed the throne at the age of thirteen months after the forced abdication of his mother Mary Queen of Scots. He had been a successful if not a glorious monarch, managing to curb the pretensions of an argumentative clergy and of a fractious nobility. From his earliest years the restive and combative spirit of the Scottish lords ensured that, in the words of the French ambassador, he had been nourished in fear. Yet he had by guile and compromise held on to his crown. Now, as he told his followers, he was about to enter the Land of Promise. He had already written to the council at Westminster, asking for money; he did not have the funds to finance his journey south.

The king did not perhaps expect so effusive and jubilant a welcome from his new subjects. He recalled later how ‘the people of all sorts rid and ran, nay rather flew to meet me’. They came to gaze at him, since none of them had experienced the rule of a male monarch. He himself was impressed by the prosperity of the land and by the evident wealth of its rulers. He said later that the first three years of his reign were ‘as a Christmas’. It took him a month to reach London, largely because he wished to avoid the funeral of his predecessor. He had no great fondness for Elizabeth; she had prevaricated over his right to the succession and, perhaps more significantly, had ordered the execution of his mother.

He reached York by the middle of April, where Cecil came to greet him. ‘Though you be but a little man,’ the king told him, ‘we shall surely load your shoulders with business.’ At Newark-on-Trent he gave orders that a cutpurse, preying upon his retinue, should summarily be hanged; he had not properly been informed on the provisions of English common law. It is an indication that he was still, in many important respects, a foreigner. At Burghley-by-Stamford he fell from his horse and broke his collar bone. Slowly he made his way to London. For three or four days he rested in Hertfordshire at Robert Cecil’s country home, Theobalds House, at which seat he took pleasure in creating many knights.

He was so generous with titles that he was accused of improvidence. The reign of Elizabeth witnessed the creation of 878 knights; in the first four months of the king’s rule, some 906 new men were awarded that honour. The queen had knighted those whom she considered to be of genuine merit or importance; James merely considered knighthood to be a mark of status. He was said to have knighted a piece of beef with the words ‘Arise, Sir Loin’. On another occasion he did not catch the name of the recipient and said, ‘Prithee, rise up, and call thyself Sir What Thou Wilt.’ Other titles could be purchased with cash. The diminution in the importance of honour marks one of the first changes to the old Tudor system.

Those who were permitted into the king’s presence may not have been entirely impressed. He was awkward and hesitant in manner; his legs were slightly bowed and his gait erratic, perhaps the consequence of rickets acquired in childhood. One admittedly hostile witness, Sir Anthony Weldon, also described him as forever ‘fiddling about his codpiece’.

He was a robust and fluent conversationalist, who rather liked to hear the sound of his own voice, but the effect upon his English audience was perhaps impaired by the fact that he retained a broad Scots accent. If he was eager to talk, he was also quick to laugh. He could be witty, but delivered his droll remarks in a grave and serious voice. His manners were not impeccable, and he was said to have slobbered over his food and drink. He paid little attention to his dress, but favoured thickly padded doublets that might impede an assassin’s dagger; ever since his childhood he had lived in fear of assault or murder. He was said to have a horror of naked steel. He had a restless, roving eye; he paid particular notice to those at court who were not known to him.