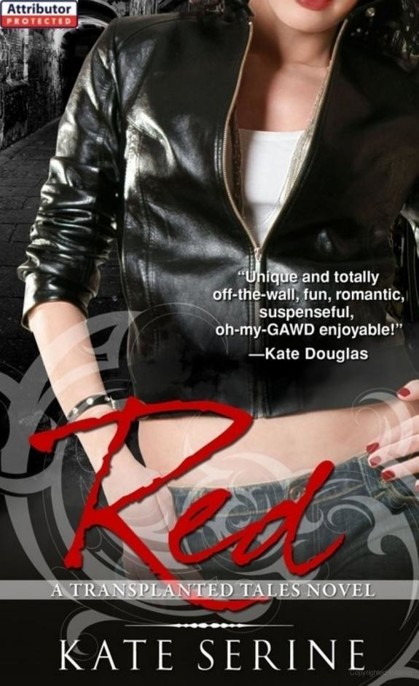 BOOK YOUR PLACE ON OUR WEBSITE AND MAKE THE READING CONNECTION!
We’ve created a customized website just for our very special readers, where you can get the inside scoop on everything that’s going on with Zebra, Pinnacle and Kensington books.
When you come online, you’ll have the exciting opportunity to:

• Send e-mail to your favorite authors

• Join us in weekly chats with authors, readers and other guests

All copyrighted material within is Attributor Protected.
Table of Contents

For E.A.S. Thank you for asking, “What if . . . ?”
Acknowledgments
No novel is a completely solo effort. As such, I offer my gratitude to the members of Team SeRine:

To Zach, Ethan, and Rowan. You are my sun, moon, stars; the guiding lights of my life.

To Mom, Dad, Steve, Rena, Jenny, Cam, Jason, Christen, David, Becky, Amy, Sheila, Kendra, and Tim. Thank you for believing in me and cheering me on.

To Nicole Resciniti and Alicia Condon. Your guidance has been invaluable! Thank you for believing in Red and helping me share her story with others.

And to the writers of IRWA, OKRWA, and MWW, for the advice and opportunities that made this possible.

Thank you all for taking this journey with me and for sustaining me along the way. Your love, support, and friendship make this all worthwhile.

The House by Danielle Steel
Closer to the Heart (The Heart Trilogy Book 3) by Unknown
Earth Angel (The Kamlyn Paige Novels) by Alex Apostol
In the Midnight Rain by Barbara Samuel, Ruth Wind
The Duke and the Lady in Red by Lorraine Heath
Sound of Heartache ("Sound of" Book 2) by Roy, Chelsea
Lakeside Sweetheart by Lenora Worth
Manalive by Gilbert Keith Chesterton
Wish Granted by Peter James West
Establishment by Howard Fast