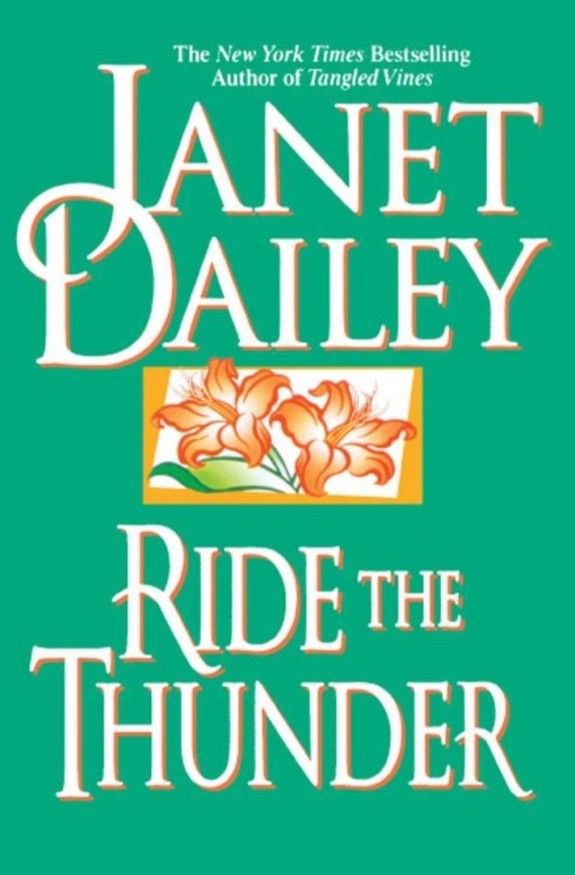 “From the Predators,
I’ve Learned That a Man
Takes What He Wants.”

Brig’s hand curved itself to the back of her neck, the rough skin of his fingers snaring strands of her auburn hair. Jordanna took a quick breath and lost it. His thumb traced the outline of her lips.

The hand at the back of her neck increased its pressure to lift her on tiptoe. Her hands slid over the slick material of his vest. Passion leaped between them like a living flame as he parted her lips and explored the intimate recesses of her mouth. Desire quivered through her . . .

The Best Way to Lose

The Pride of Hannah Wade

For the Love of God

T
HE LARGE DEN
was paneled with rich walnut wood. Sunlight filtered through the sheer curtains over the windowed door opening onto the rooftop of the penthouse apartment. The walls gleamed with a natural luster. Few books lined the shelves which ran floor to ceiling in one corner of the room. The volumes it contained were devoted to weapons and hunting and were worn from frequent handling. Mostly the shelves held souvenirs and photographs of a hunter posed beside his kill. A mounted wolverine prowled an upper shelf while a lacquered coiled rattler threatened the unwary from its shelf nearer the floor.

The trophy heads of deer, moose, and elk, hanging on the walls, were interspersed with the more exotic breeds of rhino, wildebeest, and gazelle. A mounted bobcat stalked the hearth of the plain brick fireplace; its prey, the Chinese pheasant on the other side. Atop the mantel, twin ivory tusks from a rogue elephant formed an arc for a golden eagle, mounted with its wings spread, protecting the lifeless gray squirrel in its
talons. On the floor, in front of the fireplace, was the shaggy brown hide of a grizzly, its beady eyes and bared teeth frozen in silent menace.

An expensive and solidly built gun cabinet sat against one wall. The metal barrels of the weaponry gleamed from careful oiling, but the wooden stocks showed the wear of use. A massive desk had no litter of paperwork on its top, only more photographs and mementos from successful hunts.

A pair of twin sofas covered with blond leather faced each other across the bearskin rug. Seated on one was a gangly fourteen-year-old boy dressed in a sky-blue sweater and darker blue trousers. His long, delicate fingers were busily cleaning the bore of a rifle. A lock of dark, nearly black hair had fallen across his forehead as he bent to his task. There was a quality of perfection about his sensitive features, as if drawn by an artist. Long, thickly curling lashes outlined a pair of velvet brown eyes that were earnestly concentrating on the rifle.

Seated opposite him on the other sofa, a twelve-year-old girl was similarly engaged in cleaning a lighter weight weapon. There, the resemblance ended. Her coltish figure was clad in crisp blue jeans and an oversized gray sweatshirt. Her long hair fell in a single copper braid down the front of her shoulder. When it interfered with her task, she flipped it behind her in a gesture of impatience. Fresh and eager, her features glowed with vitality. Only the curve of her lips exhibited the vulnerability and sensitivity that stamped her brother’s handsome face. Her hazel eyes were heavily flecked with green that could flash and sparkle in anger or excitement, or become dark and troubled like the sea.

From a high-backed armchair that had been covered in brown leather and worn to a tan shade, a man silently supervised the pair. He absently rubbed a cloth over the wooden stock of the Winchester in his lap, a gesture that was both affectionate and respectful. His rifle was already cleaned after its recent use. Long
years of experience had enabled him to finish before the pair he was watching.

A briar pipe was clamped between his teeth, its bowl dead although the aromatic blend of tobacco lingered in the air. Dressed in a bush jacket and brown pants, he looked the part of the hunter. His dark brown hair had an auburn hue. Distinguished tufts of gray were appearing at the temples. Virilely handsome, he possessed an air of remoteness. Over the years, he had attained such a control over his emotions that little of what he was thinking or feeling was visible in his chiseled face or dark brown eyes.

From beyond the closed door of the den came the sound of another door opening and closing. Instantly the young girl’s head came up, a viridescent shimmer of excitement lighting her eyes. The rifle and cleaning tools were swiftly cast aside as she jumped to her feet.

“That must be Mother. Wait until I tell her the news!”

“Jordanna, wait.” By the time the man had taken the pipe from his mouth to call to her, she had darted from the room. The corners of his mouth tightened briefly as he set his pipe on the tobacco stand beside his chair. Without any display of haste, he rose and walked to the gun cabinet. After locking his rifle inside, he turned and met the look of anticipation in his son’s eyes. “You finish cleaning your rifle, Kit. I’ll inspect it before it’s returned to the case.” A smile accompanied the firm order.

“Yes, Dad.” The teen-aged boy returned his attention to the task without any show of unwillingness or resentment, as his father left the room.

Moving from the strictly masculine den to the chandeliers and brocade of the living room was almost a cultural shock. A plush carpet in the palest shade of muted green covered the floor of the spacious room. Paintings of Italian masters, both originals and expensive prints, adorned the off-white walls in a variety of heavy gilt frames. A full-size sofa was covered in a blue brocade with a faint gold design. Crystal and
brass lamps resting on Italian-style tables flanked the sofa, while a long coffee table of pecan stood in front of it. Matching love seats in the same fragile green as the carpet faced each other in front of a white marble fireplace. The monochromatic theme of pale green was repeated in the velvet draperies and their heavily swagged valances. Vases filled with freshly cut flowers were scattered about the room, the flowers all varigated shades of pink.

In the center of all this studied elegance stood a raven-haired woman, a ravishingly beautiful creature of cool sophistication. A uniformed maid waited at her side, a sable coat draped over her arm, while the woman gracefully removed the black kid gloves she wore.

“Thank you, Tessa.” As she handed the gloves to the maid, her cultured voice made a polite dismissal; she had no further need for the maid’s services.

The maid quietly left the room, as the copper-haired girl came rushing in. “Guess what?” she challenged her mother with breathless excitement.

“What on earth are you doing in those wretched clothes, Jordanna?” A pair of jade green eyes skimmed the girl’s attire with open distaste. Her own winterbeige suit was cut in the latest style, all accessories painstakingly coordinated for the best effect. “I thought I told Tessa to throw them out. You have a closet full of beautiful outfits that I’ve bought you. It’s time you stopped looking like a common little hoyden.”

“We’ve been target practicing.” The criticism sailed over the young girl’s head. “Dad says I can go hunting with him next weekend when he takes Kit,” Jordanna announced with unabashed joy.

A shocked stillness claimed the lovely alabaster features, to be slowly replaced by a building anger. “You’re talking nonsense.”

“No, I’m not,” Jordanna insisted. “Dad said he would take me. Honestly, he did.” Sharp-eyed, she caught the movement in her side vision and turned. “If you don’t believe me, you can ask him. You said you’d take me,
didn’t you, Dad?” she appealed to the man entering the living room.

“Yes, I did,” he admitted, the even look of his brown eyes meeting the green fire of his wife’s gaze.

“Jordanna is a young girl, Fletcher. It’s bad enough that you have to take Christopher on this bloody test of manhood without dragging my daughter along to witness it!”

“But I want to go,” Jordanna protested.

“You shut up and keep out of this!” Her mother whirled on the girl, barely controlling the fury that trembled through her. “This is between your father and me.”

“Livvie, you are over-reacting, as usual.” The dryly issued statement provided more fuel for an already blazing temper.

“Over-reacting?!!” The girl was forgotten as the woman glared at the man facing her. Long, manicured nails were dug into the soft palms of her hands. “That’s your favorite accusation, isn’t it? Olivia, you are being too emotional.” Sarcastically she mimed his previous comment.

“You are,” Fletcher Smith stated, the calm tenor of his voice never fluctuating. “Look at you. You’re trembling like a leaf.”

“What do you expect me to do?” she cried in frustration. “My daughter comes up to me and announces she’s going hunting with you next weekend. She is my child, too, Fletcher! I believe I’m entitled to have a say in this matter. My permission is required, too.”

“I would have discussed it with you, but you are so rarely around. You have such a busy calendar of engagements whenever I’m home.” His comment held an underlying hint of condemnation.

“Which is seldom!” Olivia Smith retorted. “And when you are here, you spend two-thirds of your time in that room with your stuffed animal heads and your damned guns! Hunting may be your life, but it isn’t mine!”

“Isn’t it?” The firmly chiseled mouth quirked in cynical humor. “You do quite well at stalking the male gender of the two-legged species, I’ve heard. You seem to be as adept at collecting trophies as I.”

“Why don’t you come straight to the point, Fletcher?” Her embittered challenge was cold with anger. “Do you want to know how many lovers I’ve had?”

The taut line of his jaw seemed to become sculpted in bronze. His gaze ran pointedly over Jordanna’s whitened face. “If you intend to pursue this topic, Livvie, may I suggest that you wait until after Jordanna has left the room? Considering your supposed concern for the unpleasantries she might be exposed to in her formative years. you can hardly disagree.”

Willing Sacrifice (Knights of the Board Room) by Hill, Joey W.
Witch Way to Love by Jessica Coulter Smith
BloodLust (Rise of the Iliri Book 1) by Auryn Hadley
Fuzzy by Tom Angleberger
THE HEART OF DANGER by Gerald Seymour
Once More with Feeling by Cynthia Baxter
Bound to Them by Roberts, Lorna Jean
Jase by MariaLisa deMora
Old Jews Telling Jokes by Sam Hoffman
My Heart Has Wings by Elizabeth Hoy