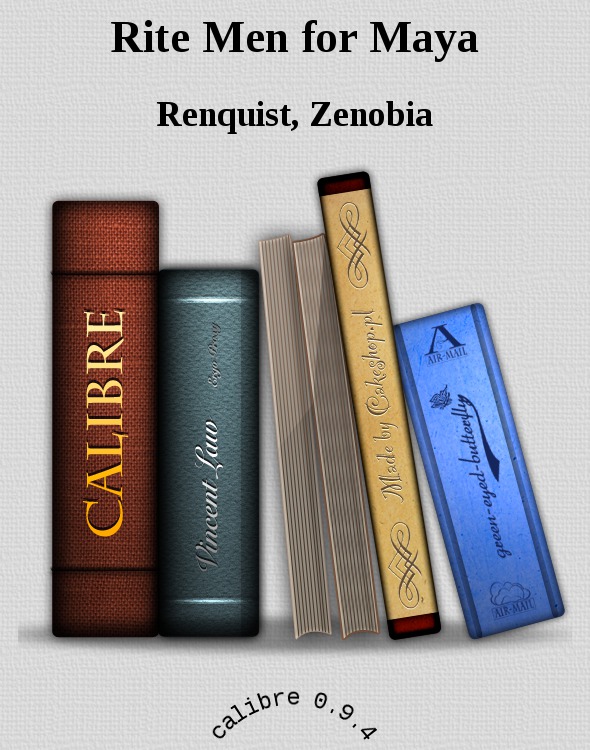 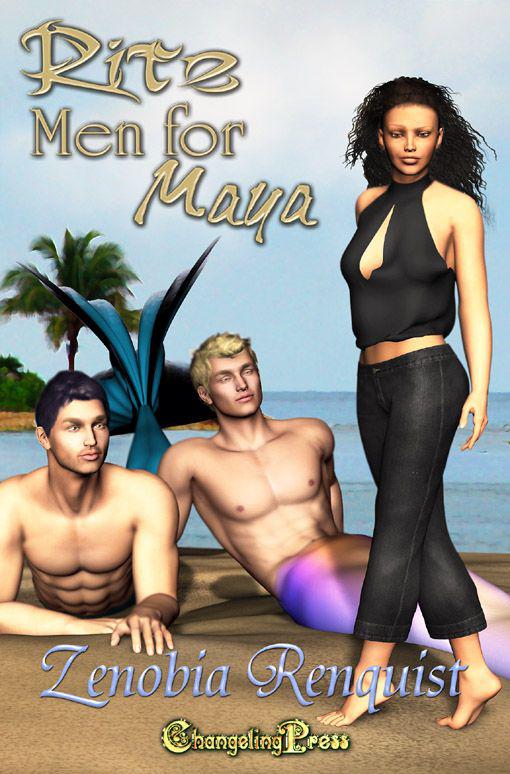 This e-book file contains sexually explicit scenes and adult language which some may find offensive and which is not appropriate for a young audience. Changeling Press E-Books are for sale to adults, only, as defined by the laws of the country in which you made your purchase. Please store your files wisely, where they cannot be accessed by under-aged readers.

Payment of the download fee for this book grants the purchaser the right to download and read this file, and to maintain private backup copies of the file for the purchaser’s personal use ONLY.

The unauthorized reproduction or distribution of this or any copyrighted work is illegal. Authors are paid on a per-purchase basis. Any use of this file beyond the rights stated above constitutes theft of the author’s earnings. File sharing is an international crime, prosecuted by the United States Department of Justice and the United States Border Patrol, Division of Cyber Crimes, in partnership with Interpol. Criminal copyright infringement, including infringement without monetary gain, is punishable by seizure of computers, up to five years in federal prison and a fine of $250,000 per reported instance.

Maya is a half human, half merman who has decided to attend the fertility-virility rite and learn more about her merman heritage. The rite is meant to help mermen find their perfect mates, but Maya is only interested in using it as research.

Tam and Kessen are participants who are searching for their third. They are drawn to Maya and she to them. But she refuses to acknowledge their bond and runs. Tam and Kessen must pursue her through her dreams if they hope to make their love a reality and prove they are the right men for Maya.

To the guy wearing the “gayest tattoo ever”

You are a brave soul.

Thanks for the inspiration.

“The proof of the charge is there for all to see. Therefore, I find Maya guilty of the crime of which she has been accused.”

The man behind the podium glared at her. She glared right back.

Maya grabbed her mother’s hand. The woman looked at her. “Mommy, please.”

Crystal huffed but didn’t do more than that.

Maya knew her mother would have some strong and loud words for her father once there wasn’t an audience.

On the other side of Maya, her younger brother Ree grumbled under his breath, “Because we all know it’s horse shit.”

He met her gaze and said in a slightly louder voice, “Oh. So sorry. I meant
seahorse
shit. My bad.”

Crystal looked around Maya at Ree and drew her fingers over her mouth in a zip-it motion.

The magistrate cleared his throat, spreading his glare to the whole family. “The guilt of the child is the parents’ burden to bear.”

“You will be in servitude to Laev for the length of eight months.”

Maya squeezed her mother’s hand before the woman could shout. Crystal folded her lips into her mouth and stared daggers at Laev, the young merman who was on the other side of the magistrate, across from Maya and her family.

The magistrate said, “The length of your punishment is double the norm only because your wife cannot serve her portion.”

“Let this be a lesson well-learned to you and your children, Meren.”

Laev swam over to them, looking smug. “I’ll expect you tomorrow early, Meren.”

“I’ll be there,” Meren said through his teeth.

“Good.” Laev looked Maya up and down.

She glared back at him, wanting to flick him off but didn’t, knowing that might get her father into even more trouble. He swam away. The courtroom emptied out, leaving only Maya and her parents.

Meren grabbed Crystal’s hand and swam out of the room, leaving Ree and Maya. Her brother shrugged as he followed. Maya wanted to follow as well but her artificial tail made that difficult. She normally had no issue swimming with a tail. The false one the amulet created didn’t move like her normal tail. What’s more, she could still somewhat feel her legs.

Ree returned, took her hand, and towed her behind. “Pain in the ass.”

They joined their parents outside of the village. Meren faced her, finally letting the anger of the moment show. His face twisted into the darkest look she’d seen him wear since the day she had mistakenly told her human friends she was a mermaid. She had never thought she could make her father so angry and vowed not to do it again. And yet she had.

“Daddy --” she gasped as he snatched the necklace from her throat. Her mermaid tail faded into a pair of legs. If not for her tight miniskirt, she’d be naked from the waist down.

Meren shook the necklace in her face. The amulet the necklace supported almost hit her. “Why do you have this?” he yelled.

She couldn’t answer because Crystal yelled, “That isn’t the issue. Why the hell were you wearing it? You can form a tail on your own. You know half-breeds are forbidden from wearing transition amulets. What were you thinking?”

Maya looked at her parents in turn. Hearing their anger hurt her heart and confused her. She couldn’t think of what to say to make the pain and their anger stop. “It wasn’t my fault.”

Crystal grabbed Maya’s upper arm and pulled her in close. “Maya, you are twenty-one. That excuse stopped being acceptable when you were ten. You had better come up with a better answer than that.”

Meren said through his teeth, “Answer your mother.”

Maya wanted to look to Ree for help. Her brother remained uncharacteristically quiet. She wanted to pull back from her mother but knew that would only anger Crystal more.

“We know it’s not yours,” Crystal and Meren said in unison.

Maya shook her head, trying to shake her jumbled thoughts into some sort of order. “It’s not mine because Laev gave it to me.”

Meren looked at the amulet and then back to Maya. “What do you mean he gave it to you? Why would he give you this? Why would he have it?”

“He didn’t give it to me as a gift. It’s his. He wanted me to try it. I told him no but he insisted it wouldn’t harm anything.”

Crystal snapped, “You still shouldn’t have.”

Maya nodded quickly. “I know that, Mommy. I’m sorry. I really am. It was only going to be a minute. I was going to put it on and then take it off just so he would stop harping on it. But then his father came and rushed me before the magistrate, who then called you. I didn’t get a chance to tell anyone the amulet wasn’t mine.”

“How do you know Laev, Maya?” Meren swam closer, searching her gaze. “I wasn’t aware you knew any mermen.”

“I didn’t. I only found out Laev was a merman recently. I met him on land. He wore the amulet beneath his clothes, so I didn’t even know it was there.”

Maya nodded quickly. “He’s familiar with human culture. I never would have guessed he was a merman. We met many times -- movies, dinner, walks through the mall. I couldn’t tell he was anything but human.”

Crystal made an angered noise and sliced her hand through the water. “That sneaky little bastard. He has the nerve to accuse my daughter when he was the one doing it himself.”

Maya said quickly, “I wouldn’t use the amulet to present a false image of myself. I would never want a relationship like that.”

Ree asked, “Dad, can you tell the magistrate what Maya just said?”

Meren shook his head. “It makes no difference. The judgment is passed. Any effort to change it now would be construed as trying to get vengeance.”

“They didn’t give us a chance to say anything. They called us down here to humiliate us. That’s it,” Crystal said. “This is BS. At least in a human court of law, we’re allowed to defend ourselves.”

“Kiss my ass. Your daughter was just accused of a crime she didn’t commit and then slandered. You’ve been given a sentence of servitude for that false accusation. Don’t stand there and give me that ‘merman society is better’ crap.”

Maya smacked her brother’s arm. Butting in on the age-old argument between their parents would only make matters worse. If left alone, Crystal and Meren would argue until they reached a stalemate and then let the subject drop for a few months.

While Maya didn’t like to hear her parents arguing or the topic they argued about, she knew it was a stress relief of sorts. There would be yelling and slamming doors as her parents raged at each other. A few hours later, it would be like the fight had never happened. Her parents would joke and laugh together, once again drawing love from each other’s company.

Crystal threw her hands up in Meren’s direction. “Well?”

Maya stared at him with wide eyes. Meren never backed down from the humans versus mermen argument. “Daddy?”

Crystal snapped, “Forget it, Maya. He knows this is wrong. That’s why he won’t argue. Put your tail on and let’s go home.”

Maya brought her legs together and took a deep breath. As she pushed out the breath, she pushed at the tingling sensation at the base of her spine. It spread over her legs, knitting them together and reforming the bones until she wore her mermaid’s tail.

She loosened her muscles with a few flicks of her tail before grabbing her mother’s hand. The sooner they all got home, the better.

Ree grabbed Crystal’s other hand. All three faced the direction for home.

She looked back at him. “Yes, Daddy?”

“I will be home in time to escort you to the rite. No one works that day.”

Crystal said, “Go hide in your cave, then. She’s not going.”

“What?” Meren swam over to her. “We’ve had this argument already.”

“Yeah, and your point is what? After today’s events, this is the last place Maya needs to be.”

“Daddy.” Maya put her hand on her father’s arm. “I don’t want to go. It’s partially because of this and partially because I just don’t feel like it. I started a new job, and I need to get moved into my new house.”

“You never planned to go. When were you going to tell me?”

She dropped his gaze. “Before the rite.”

“
When
before the rite? The day before? An hour before we left? Or did you simply decide you wouldn’t show up?”

“I tried to tell you before but you wouldn’t listen.”

“You are both human and merman, Maya. You need to understand that.”

“I do. But right now, the human half is being a lot more accepting than the merman.”

The Warlord's Concubine by Keep, J.E., Keep, M.
Rumpel's Prize by Marie Hall
Death of a Raven by Margaret Duffy
Seducing an Angel by Mary Balogh
The Baking Life of Amelie Day by Vanessa Curtis
Home to Roost by Tessa Hainsworth
Dark Heart by Peter Tonkin
All the Things You Never Knew by Angealica Hewley
Tales of the Zodiac - The Goat's Tale by PJ Hetherhouse
Until You by Judith McNaught