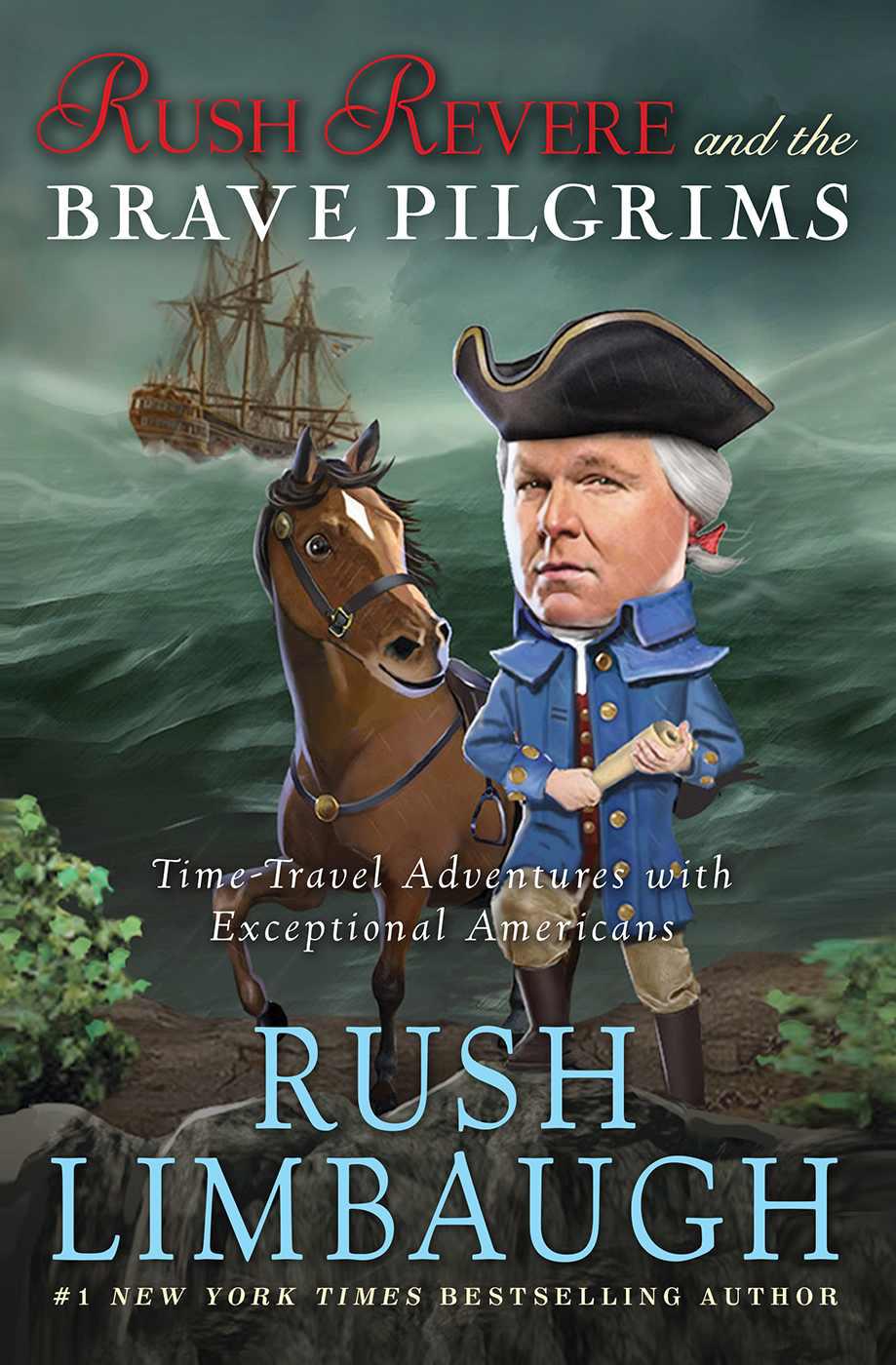 Shining the light on history

Thank you for downloading this Threshold Editions eBook.

This cutaway view shows passengers and crew as they would have been packed into the Mayflower for the 1620 crossing.

5.
Main deck where most of the Pilgrims were housed

9.
Helmsman with the whipstaff controlling the tiller

American Exceptionalism and greatness means that America is special because it is different from all other countries in history. It is a land built on true freedom and individual liberty and it defends both around the world. The role of the United States is to encourage individuals to be the best that they can be, to try to improve their lives, reach their goals, and make their dreams come true. In most parts of the world, dreams never become more than dreams. In the United States, they come true every
day. There are so many stories of Americans who started with very little, yet dreamed big, worked very hard, and became extremely successful.

The sad reality is that since the beginning of time, most citizens of the world have not been free. For hundreds and thousands of years, many people in other civilizations and countries were servants to their kings, leaders, and government. It didn’t matter how hard these people worked to improve their lives, because their lives were not their own. They often feared for their lives and could not get out from under a ruling class no matter how hard they tried. Many of these people lived and continue to live in extreme poverty, with no clean water, limited food, and none of the luxuries that we often take for granted. Many citizens in the world were punished, sometimes severely, for having their own ideas, beliefs, and hopes for a better future.

The United States of America is unique because it is the exception to all this. Our country is the first country
ever
to be founded on the principle that all human beings are created as
free
people. The Founders of this phenomenal country believed all people were born to be free as individuals. And so, they established a government and leadership that recognized and established this for the first time ever in the world! America is a place where the individual person serves himself and his family, not the king, or ruling class, or government. America is a place where you can think, believe, and express yourself as you want. You can dream as big as you can and nothing is holding you back.

This book on the Pilgrims is part of the great tale of how the United States of America came to be. The Pilgrims came to our shores more than a century and a half before our country was established in 1776, but their reasons for coming to the
“New World” helped to sow the seeds of our nation. The story of the Pilgrims and their arrival in the “New World” has been taught for hundreds of years and in that time the story has been tweaked and changed by people to the point that it is often misunderstood. I want you to know the real story. What really happened, who the Pilgrims really were, and what they did when they arrived.

Let me introduce you to my good buddy Rush Revere! Together, we are going to rush, rush, rush into history and the story of the Pilgrims!

T
he sea was
wide, cold, and blustery. The large wooden ship rocked hard against the rolling waves. I’d been on the
Mayflower
for only thirty minutes but already my head was leaning over the side just in case I had to “feed the fish.” Water splashed up from the side of the hull and then rained down upon the deck.

“You there!” a voice shouted from nearby.

I turned around to see a sailor staring and pointing in my direction. He was a couple of inches taller than me. His shoulders were broad and his beard was black and scraggly with a thin scar above his cheek.

“That’s right. I’m talking to you. Get your landlubber legs over here and below deck!”

Couldn’t this sailor see that I was in no position to move, let alone walk across the ship when the deck felt like a washing machine with the spin cycle on extra high?

No, of course not. For starters, washing machines didn’t
exist in the year 1620. I turned back toward the sea as another wave of nausea swelled inside me.

Maybe my decision to teleport aboard the
Mayflower
and journey with the Pilgrims hadn’t been such a good idea after all. In fact, maybe now would be a good time to time-jump back to modern-day America and get some seasickness pills.

Yes, that’s it. I could get the pills, stabilize my motion sickness, and then return before the ship reached the New World.

Suddenly, someone grabbed my arm and spun me around. I nearly jumped into the water when the large sailor shouted directly into my face!

“The whole lot of you makes me sick!” he said. “We should throw all you Saints overboard. What’s your name!?”

Saints? This was not my first encounter with someone from the past. Although I was feeling extremely queasy, I tipped my hat and introduced myself while trying not to fall over. “I’m not a Saint or a Separatist. I’m Rush Revere,” I said. “I’m a history teacher from the twenty-first century. I’ve come to—”

“The twenty-first century! Blimey! You’re mad! The whole lot of you! You think I care if you make it to New England?” The sailor laughed as he pushed his face into mine and said, “I don’t. In fact, I’d rather feed you to the sharks and be done with you.”

His breath smelled foul, like rotten fish. I gagged and suddenly I vomited as the boat lurched to the side and sent me facefirst into the unsuspecting sailor. We tumbled to the deck and I rolled up against the railing. I sat up, realizing that I felt a great deal better. Unfortunately, I couldn’t say the same thing about Stinky Fish Breath. He was covered from head to toe in my regurgitated lunch.

“Argh! You puked all over me! You piece of scum! I’ll throw
you overboard!” He scrambled to his feet and charged at me like a bull targeting a matador.

My horse, Liberty, was aboard the
Mayflower
, somewhere.
“Liberty!”
I yelled, stumbling backward. “I could use a little help over here!”

Now look, I know what you’re thinking. What’s a horse doing on the deck of the
Mayflower
in the middle of a storm-tossed sea? Good question. The truth is, my Liberty is no ordinary horse.

The ship rocked back and forth as water surged again over its bow and crashed down on the deck as if a large waterfall had been turned on and off. The sailor was only a few feet away and closing fast. I scanned the length of the
Mayflower
, searching high and low. Another rush of water nearly swept me off my feet. I looked down to see a large fish flopping around. The boat rocked again and the fish slid right between the legs of the sailor.