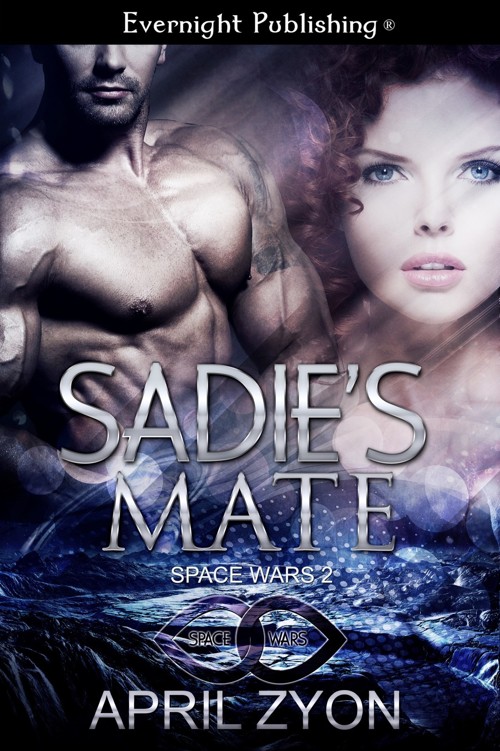 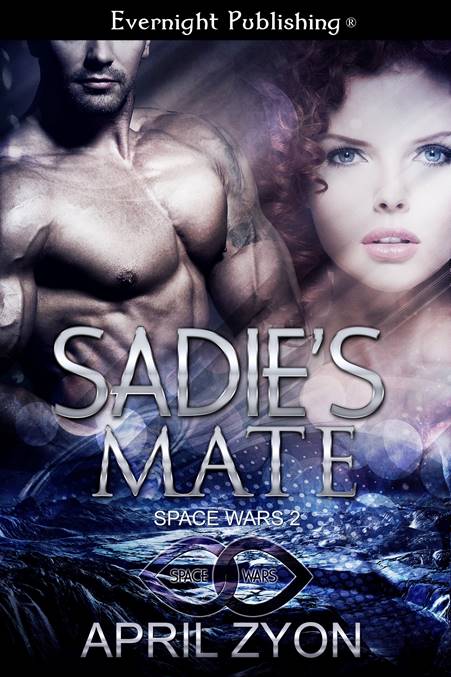 WARNING: The unauthorized reproduction or
distribution of this copyrighted work is illegal.

This is a work of fiction. All names, characters,
and places are fictitious. Any resemblance to actual events, locales,
organizations, or persons, living or dead, is entirely coincidental.

To Jessica R, thank you for taking my words and
ensuring that they added to this world that I started with
Adira's
Mate.

To my readers, you are all amazing and I'm
always happy to chat with you all.

The
orders had come down to return home to
Craegin
. As it
was time to resupply, refuel, and put off some of the temporary crew for
vacation Bracken thought nothing of it. When he discovered they were having engine
problems on the number three drive at the same time the orders came through,
his suspicious nature took hold.

Instead
of immediately returning to
Craegin
, Bracken made a
small detour. He needed to confer with his best friend, General
Fintan
Daykin, about his suspicions.
The fact he also got the opportunity
to cuddle with
Fintan’s
adorable twins and see Fin’s
wife
Adira
, who was more a sister to him than his own
siblings, was merely luck of the draw.
Not that Fin
believed his reasoning any more than
Adira
did. At
least
Adira
had the grace not to call Bracken on it
while he got in some time with the littlest
Daykins
.

He’d
taken two days to properly visit with his friends. The first night they spent
an enjoyable evening cooing at the little ones. The second evening before he
had to continue on his way to their home world Bracken laid out his suspicions
to Fin and
Adira
.

“The
timing of the engine malfunction seems a little too coincidental for me. Within
two hours of the orders coming through
has my instincts
on full alert.”

“Understandable,”
Fin said. “I don’t like you having to go back there, especially right now. You
know that
she’ll
be there. It’s that
time of year for the rounds of charity events.”

The
she
his best friend referred to was his back stabbing,
literally, bitch of an ex-fiancée. “I already downloaded the schedule so I’ll
know exactly where I do not want to be.” That, though, was a concern for when
he was on
planet
.
“We need to find someone to look at the computer system to see if it’s even
possible for anyone to screw up an engine remotely.”

“Especially
since from what I understood the systems are fully autonomous,”
Adira
said while gently patting her son Lennox’s back to
get him to burp.

“They’re
supposed to be. Unless the maintenance workers are plugged in while we’re in
dock
,
or at one of the space stations, there shouldn’t be a way to get at them that
way. I’m going to assume you already verified it wasn’t one of your crew?”
Fintan
asked.

Bracken
nodded. “I went through all the footage from the engine room personally. At the
time of the
malfunction
all crew
were
in their morning briefing by the lead engineer. No one was near a panel or the
engine access at any time four hours prior or four hours after.”

Adira
shook her head. “Why
is four hours the number?”

“Due
to the heat the engines put off within the cavities where they are built,
specialized suits have to be worn to work on them. The suit packs only carry
enough air for four hours. But in that heat three is the norm,”
Fintan
explained.

“Has
to be
remotely
,”
Bracken speculated.

Fin
snorted and shook his head. “Good luck figuring that one out.”

Bracken
knew he’d need that luck and a bit more. On the
Craegin
home
world
not much happened that his mother didn’t hear about. The woman was bound and
determined to have him married to a “proper” woman so that he could produce
heirs and finally stop “flitting about the galaxy.”
Like it
was some hobby for him.

When
he’d gotten into the academy schooling she’d been proud. When he’d gone for
officer’s school she’d told him not to fuck it up. The family name was
everything, after all. But when he’d gotten his ship she’d immediately begun to
up her game on getting him a wife.

Even
his three oldest sisters had gotten in on it. Younger than him, they all took
their cue from their mother. He was grateful that the youngest, Cecilia, had
remained out of the woman’s clutches. His mother had increasingly become
erratic in her demands, going so far as to enlist his sisters to push everyone
female of good breeding and proper pedigree under his nose. None of the women
that he dated were right. They didn’t have what his soul cried for.

In
time he’d relented to dating a woman to get the women in his family off his
back.
His
mother and sisters had approved of her.
All except for
Cecilia.
In hindsight he likely should have listened to his baby sister
when it came to Jeanette.
Might have saved him a lot of money
and trouble.

But
he hadn’t. He’d proposed to her, and she’d seemed excited. At least until a
bigger wallet had wandered into her line of sight. Then the bitch had tried to
kill him.
On their anniversary, no less.

Bracken
had gotten home a little early for once. The meeting had gone smoother than all
of them had even considered. So he’d stopped to pick up some of the sweets that
his soon-to-be wife loved. Walking into the apartment he kept for his time on
planet, Bracken had to smile. The lights were low, the music playing softly,
and she’d turned the display on to show a beachfront view of the water.

Setting
the package of sweets aside, he’d checked the main level of the two-story
apartment for her before heading up the stairs. Her voice from the end of the
hall had drawn him closer. The sound of another’s voice, a baritone, had him
stopping just outside the door with his hand on the handle.

He
couldn’t make any of the words out, their voices too low for him to catch
anything. When the voices moved to the door Bracken made a hasty retreat down
the stairs. At the last moment he remembered the sweets and scooped them up before
darting out of sight.

Jeanette
came down with one of her brothers. Why she would have had her brother up in
their room Bracken couldn’t begin to guess. The instant the door shut behind
the other man he moved to find out, though.

“Why
was he here?” Bracken detested her brothers. Both of the men were extremely
shifty characters. Neither worked, and yet they always seemed to be flush with
credits. More than they should have been, given the family’s recent financial
troubles. But that wasn’t his problem unless one of the brothers tried hitting
him up for money.

“Visiting, of course.”
She smiled up at
him. “I also asked him to pop round to take the gift I got for Daddy to the
house to hide it. I want it to be a surprise so what better way than to fake
him out with the idea I hadn’t gotten him anything. At which time I can pull
that from the closet, and he’ll be thrilled.”

Her
brother had been carrying a box. The story could have been plausible. But
something in his gut said she was lying.

Her
smile slipped until she was frowning at him. “What’s wrong?”

Something
he’d like an answer to as well. He shook his head and moved to the bank of
windows. “You’ve been very secretive of late, Jeanette.
Whispered
vid conversations, hiding things when I come into a room, and now this.
I know you’re lying about why your brother was here. Tell me the real reason.”

He
could see her moving closer in the reflective surface of the mirrors behind
him. “Fine, but I don’t think you’ll like it.” Bracken was driven to his knees
by a blinding pain that took the air from his lungs. “I’ve found someone better
than a lowly ship’s second to be with. The Armada might be all honorable and
whatever for some. But I plan on being a rich man’s wife, and you’re not
getting there fast enough.”

The
blade she’d stabbed him with was wrenched out before being shoved back in under
his rib cage. “I did like you at one time. Your dedication, though, is really
quite boring. And you are too damn nosy.”

After
that his memories were foggy. They’d cleared up some over the years but not
fully. He’d passed out eventually, only to come awake in the medical base to be
told that nearly a month had passed. He’d been told what had happened thanks to
the
holo
-recordings in his home. Recordings he kept
to this day to ensure that bitch never crossed him again. His family hadn’t
understood his refusal to turn Jeanette over to the law. But what he had in
mind for her was far worse.

His
mother had told him that Jeanette had married her rich man, older too,
interesting coincidence that. According to his mother, Jeanette claimed she and
Bracken had broken their engagement much earlier. At the time of his awakening
he hadn’t recalled how he’d ended up in the medical base. That had come later.

Stopping
outside the home where the latest fundraiser was going on, Bracken moved to a
spot where he could see into the ballroom. And there she was, with her husband.
The old man was only alive because Bracken held the key to Jeanette’s freedom.
Since she hated her husband, and his apparently rather interesting tastes in
the bedroom, a more fitting punishment for the bitch Bracken truly hadn’t come
up with.

A
chilling wind blew along the street. Turning his face up to the sky, he saw one
of their few storms starting to build. The temperature would drop continuously
for the next hour before the storm truly hit. He needed to get back to his ship
for a good night’s sleep before he had to find someone he could trust to fix
his problem.

Hunching
his shoulders, he set off down the streets. He could have taken one of the
public service vehicles, but he preferred to walk. It might help him think
clearly about the war that seemed to be very quietly brewing behind the scenes.
No one out on the streets, hustling to get indoors, had a clue. Hell, most of the
military seemed to be buying into whatever the leadership said. But he and his
friends knew there was something coming.

A
gust of cold wind slid under his uniform jacket. It felt too much like a
warning to Bracken. One he intended to heed as he proceeded with extreme
caution.

The Compound by Claire Thompson
EROMENOS: a novel of Antinous and Hadrian by McDonald, Melanie
Rise and Walk by Gregory Solis
Full Body Contact by Carolyn McCray, Elena Gray
The Last Pursuit by Mofina, Rick
Three Miles Past by Jones, Stephen Graham
Whispers in Autumn by Trisha Leigh
The Sleeping Fury by Martin Armstrong
Dream Man by Linda Howard
Airborn by Kenneth Oppel