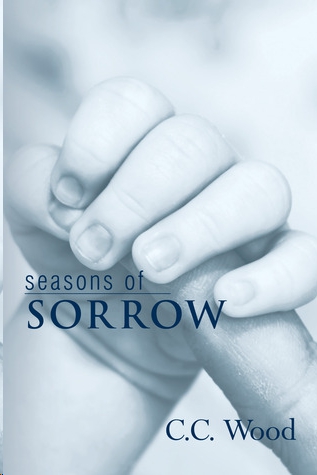 This book is a work of fiction. Names, characters, places, and incidents are the product of the author’s imagination or are used fictitiously. Any resemblance to actual persons, living or dead, business establishments, events or locales is entirely coincidental.

No part of this book may be reproduced, scanned, or distributed in any printed or electronic form without permission. Please do not participate in or encourage piracy of copyrighted materials in violation of author’s rights. Purchase only authorized editions.

The author acknowledges the copyrighted or trademarked status and trademarked owners of the following wordmarks mentioned in this work of fiction: Amazon Kindle, Starbucks, Whole Foods, Crown and Anchor, Gloria’s, Brio, and Keurig.

Other Titles by C.C. Wood

This book is not a traditional romance. The story of Charlotte Fallon came to me not long after my daughter was born this past summer. Like Charlotte, my pregnancy was difficult and I was put on bed rest the last six weeks.

My baby girl was born, via emergency C-section, seven weeks early and spent twelve days in the NICU. It was a painful time. When my husband and I finally brought her home, I was terrified that something would happen to her, that she would die. She was so tiny and premature, weighing less than five pounds when the hospital released her. The first night we had her at home, I don’t think I slept more than thirty minutes at a time. My fear was, in part, fueled by the loss of my first pregnancy several years ago. The circumstances of her birth and subsequent problems were also a huge issue.

I was consumed with thoughts that something horrible would happen to my child. I couldn’t sleep and I was sinking into depression. Then, one day, I woke up from a fitful night with Charlotte’s voice in my head. I realized that I needed to write her story in order to let go of the fears were ruling my life. A purge of sorts.

As I wrote this book, the worries that plagued me didn’t go away, but I was better able to cope with them and I began to appreciate the gift of my baby girl more and more. I felt Charlotte’s pain, her guilt, and I grieved with her.

Seasons of Sorrow
is about a woman who loses everything, but learns the most important lesson of all; life is a gift and it should always be treasured.

I hope you are touched by Charlotte’s story.

To my sweet Arya Carys;

I love you more every day.

In the bleak midwinter Frosty wind made moan,

Snow had fallen, snow on snow

Snow on snow, In the bleak midwinter, Long ago.

S
he would never forget the way the light looked that morning. When Charlotte Fallon woke, she thought the sunlight filtering through her sheer curtains appeared golden. A promise that the day would be beautiful. She glanced over at her husband and saw Derek was still asleep. It didn’t bother her. It gave her more time with Adam, just the two of them.

Adam’s morning smiles and giggles were wondrous. Just seeing him so happy gave her more joy and satisfaction than any accomplishment in her past. She glanced at the black-and-white video monitor next to the bed and saw that he was still sprawled in his crib, deep in slumber. Eager to begin her day and share in those smiles, Charlotte climbed out of bed and went quickly into the bathroom to get ready. Since he was six weeks old, he slept through the night but he always awoke ravenous.

Fifteen minutes later, hair damp from her shower, Charlotte yanked on a pair of yoga pants and a nursing camisole. She threw her hair into a bun and headed out of the bedroom to the nursery. Since Adam was three months old now, Derek had been pushing her to stop breast feeding. She resisted, saying that it was best for the baby, but knew it wouldn’t be long before she caved. Derek could be difficult when he didn’t get his way. He didn’t like how much of her time it took or that it made it harder to go places with or without the baby.

Sighing at the thought, Charlotte went into the nursery. The entire room seemed to glow, gilded in morning light. It struck her that spring was coming. She would be able to take her little boy out for walks and to the park. Already smiling, Charlotte walked to the crib and leaned over the side. She placed a hand on Adam’s belly, hoping to wake him gently.

He didn’t wake, so she touched his chubby cheek. His skin was cold. Feeling panic rising within her, Charlotte saw that his face was pale and his lips almost light blue. Her heart pounding, she put a hand to his chest and realized that he wasn’t moving. He wasn’t breathing.

“Oh, God,” she whispered. Then she sucked in a deep breath and screamed, “Derek! Derek! Call nine-one-one!”

She lifted Adam’s limp body out of the crib and placed him on the changing table. Moving quickly, she checked his airway for obstruction and saw none. Tears were already dripping down her face as she bent to place her mouth over his and gently blow air into his lungs. After two breaths, she straightened and checked to see if he began breathing on his own. He didn’t. Charlotte felt for a pulse on his arm but there was nothing. Hoping she remembered everything she needed to, she placed her first two fingers midway between where his nipples were and slightly below. As she started the compressions on his tiny chest, Derek ran into the room.

“What is it?” he asked. He froze when he saw what Charlotte was doing.

“Call nine-one-one,” she said frantically. When Derek didn’t move, she shouted. “Call for an ambulance! Now!”

He ran back out of the room.

Charlotte focused on performing CPR on the lifeless body of her little boy, praying silently that he would open his eyes. After what seemed an eternity of the breath and compression cycles, the paramedics arrived and took over. All the while, she knew, believed with each molecule of her soul that Adam would wake up and begin crying. He never did.

Numbly, Charlotte watched as the casket that held her son slowly lowered into the earth. The sky was overcast and the wind was biting cold. Her heart felt the same, shadowed and frozen. It seemed to her that Mother Nature must be grieving the loss of her child too.

The minister was speaking, but she had no idea what he was saying. All she heard was deafening silence and the slight sound of the machine as it took Adam to his final resting place. The rest of the world faded away. Her entire being was focused on the scream welling within the very depths of her soul, a primitive wail saturated with grief and rage.

Charlotte’s hands were so cold. Her fingers felt as though they would snap in two if she tried to unclasp them. A large warm palm closed over her tightly clenched fists, ripping away the remnants of her trance.

She realized that she was no longer staring at that tiny grave but at a dark blue silk tie. Her eyes lifted. Charlotte stared up into the face of one of her closest friends and her husband’s business partner, Gregory Swift. His grey-blue eyes were sad and concerned. He gathered her into his arms, the heat of his body warming her skin. It never reached her heart.

“God, Charlotte, I’m so sorry,” he whispered into her hair. “What can I do? What do you need?”

Greg pulled away and studied her face.

She would never be okay again. The pain was too deep, too sharp. Had the wound been physical rather than emotional, she would never survive. Even now, Charlotte wasn’t sure that it wouldn’t be fatal. It felt as though a limb had been ripped from her body.

Greg didn’t respond, he only ran his hands down her arms to clasp her hands and squeeze them gently.

“I’m here if you need anything,” he promised.

Charlotte nodded, and he moved to her husband, Derek.

Derek hugged Greg, pounding him lightly on the back. Charlotte watched them speak quietly for a moment. Her husband was pale, but he seemed very calm, almost unaffected. Since the morning Adam died, she had barely slept. Instead, she sat in the glider in the nursery, staring at his crib. When she did doze off, the phantom cries of her little boy woke her up. Each time, when her memory returned, she dissolved into tears.