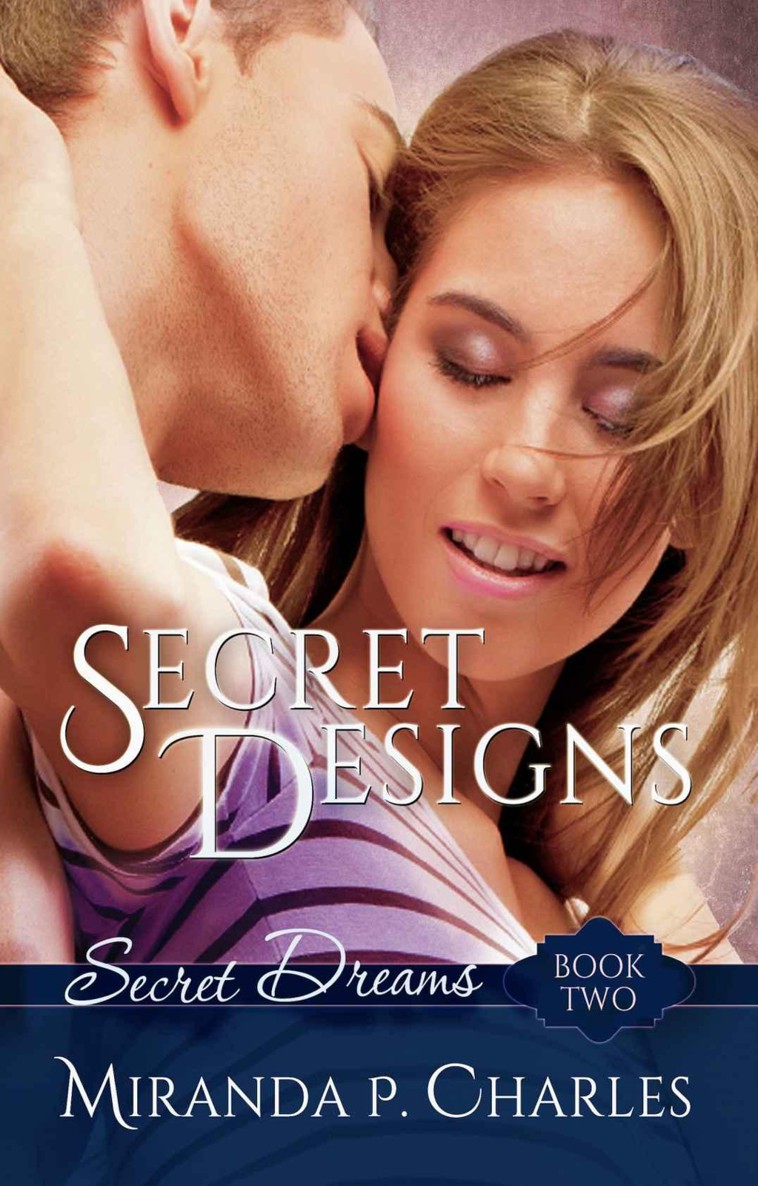 Other Books by Miranda P. Charles

No part of this book may be reproduced, transmitted, downloaded or distributed in any form without the express permission of the author.

All of the characters, locations, organisations and events described in this novel are either products of the author's imagination, fictitious or are used fictitiously.

Any resemblance to any event, locale or person, living or dead, is purely coincidental.

Other Books by Miranda P. Charles

Well, come to think of it, she really didn't
know
Dylan. She'd only met him once before, when her friend Jasmine Allen pleaded with her to accompany her to his birthday party six weeks ago. They only stayed for fifteen minutes, so she hadn't

even talked to him that much.

Yes, Dylan could very well be someone who would put an aphrodisiac in a woman's drink. What else could have made her so lustful last night?

She snorted at her ridiculous thoughts.
Don't blame someone else for your wild and wanton ways, Ari!

Okay, then. The truth was Dylan turned her on—
really
turned her on; turned her on enough that she found herself doing things she'd never done before.

Ari jumped at the sound of Jasmine's voice on the other end of the line.

"Hi, Jaz," she responded. "Am I calling too early? Am I disturbing you guys?" She grimaced at the thought that Jasmine's boyfriend Kane might be listening in on their conversation.

"No, it's fine," Jasmine answered. "Is everything okay?"

"Yeah, yeah, everything's okay," she replied, trying to sound casual. "I just want to tell you something before you hear it from someone else."

Ari inhaled deeply, then spilled it out. "Last night when I went out with my workmates for Friday night drinks, I bumped into Dylan, Kane's brother. And, uh...well...I slept with him."

"What?" Jasmine asked in surprise.

"It was just a one-night stand," she explained hastily. "We're both very clear on that and we're both okay with it. I wanted to tell you because I'm not very good at keeping these things to myself. And it was already starting to bother me that you might hear it first from Dylan or one of his friends instead of me."

"You're fine with it, right, Jaz? And Kane would be okay with it, too?" she asked worriedly.

"Of course. As long as you and Dylan are okay with it."

"Yes, definitely. Like I said, we're both very clear it was just a one-night stand and we're both totally fine with that," she replied, feeling the need to repeat herself.

"Then there's no problem," Jasmine stated.

"Good. Well, I'll let you go. Please let Kane know what I just told you. I'll see you in a few days."

Ari placed the phone down on her coffee table with a relieved sigh, glad that was out of the way. She stood up from the sofa and stretched. As she walked to the kitchen, the stiffness of her muscles and the delicious soreness between her legs made her blush. Unbidden, her recent physical exertions played back again in her head. Where the hell was the stop button for her memory banks?

Enough already
, she berated herself as desire continued to unfurl within her.

"It was just a one-night stand, Ari," she said out loud as she poured granola, then milk, in a bowl. "Forget about him. It won't happen again. It
can't
happen again."

She plonked in a chair with a heavy exhale and knew it wouldn't be easy to push away the last ten hours from her memory. The image of a gorgeous, dark-haired, blue-eyed guy with a seriously hot, muscular body loomed large in her thoughts. Dylan Summers was way too hot to be forgotten quickly—especially when he'd just given her the best night of sex in her life.

She propped an elbow on her dining table and rested her chin on her hand, breakfast forgotten. She'd only had three hours sleep. She was tired, but if Dylan were still around she would be keen for more sex. Goodness, wasn't she the one who instigated the last round after they woke up? Well, she'd had to. She wouldn't have another chance. Dylan had only agreed to a one-night stand.

Last night was meant to be about celebrating the end of a busy week with her workmates in one of Sydney's popular nightspots. She didn't go with the intention of hooking up with someone. But how was she to know her ex-boyfriend would be there, too? With the woman she had once considered a good friend? The same woman she'd caught in bed with him while they were still together?

That had called for a third glass of wine. Two was her usual limit. Anything more than that and her good judgment went out like a light.

Dylan saw her first. He and his two friends had approached their group. Somehow the two of them had ended up in a corner talking and flirting with each other for close to an hour. She couldn't even remember ordering a fourth drink, but she must have had one, because her good judgment went comatose on her while she was still wide awake.

She blushed as memories of her forwardness came flooding back.

"How about you come home with me, Dylan?"
she'd asked.

His handsome face had expressed a blend of desire and concern.
"Are you sure, Ari?"

She'd placed a flirtatious hand on his arm.
"Why not?"

"I'm only looking for some fun, Ari,"
he'd replied warily.

Dylan's cautious reaction made her more determined to get him to go home with her. No doubt the alcohol was mainly responsible for such brazen behaviour, but more than that, she didn't want to feel like a reject all over again.

Dylan's eyes had flared with heat that had made her heart pound hard in her chest.
"I'd love to go home with you tonight, Ari. But are you sure you don't have a problem with just a one-night stand? You're Jasmine's friend and I'm Kane's brother. It could be real awkward if we can't handle it."

"No, I don't have a problem with it. Do you?"
she asked breezily.

After hasty goodbyes to their group, they got into a taxi. Dylan's hands were incredibly naughty during their trip to her apartment, creeping way up her thigh and burrowing under her top—at one point, successfully unhooking her bra. She lost count of the times she laughingly swatted a wandering hand away, conscious of the driver watching them from the rear-view mirror. She wondered if taxi drivers were used to having couples make out in the backseat of their cabs.

Their night together had been...amazing. Dylan was incredible and insatiable. So was she—insatiable, that was. Their morning sex had proven that.

Then he was gone.

Was it normal for someone to feel empty and at the same time have unstoppable fluttering butterflies in the stomach after a one-night stand? She hadn't done it before, so she didn't have anything to compare this reaction with.

Oh, well. She wasn't doing herself any favours by dwelling on the feelings swirling within her. Better to get on with her day than re-live her hot night with a hunky guy. There was no point stoking a desire that couldn't possibly be satisfied by the same man again.

"Hello, darling. We've been waiting for you. We've already started dinner, like you told us to."

"Hi, Mum," Dylan said as he enfolded his mother Linda in a warm embrace. "Sorry I'm late. I was at a friend's birthday party and she wouldn't let me leave. I had to wait until she was drunk enough to not notice that I was gone."

"Dylan! Honestly, I don't know why you surround yourself with immature friends. You're already thirty-two, in case you've forgotten. Don't you think it's time to tone down your social activities a little bit? Maybe find someone to settle down with?"

He playfully rolled his eyes at his mother's censuring tone, used to this mini-lecture for being the second-oldest of five siblings and having never taken a girl home to introduce to his parents.

He couldn't help it that he wasn't as romantically inclined as his three brothers and only sister. Wasn't there usually one in every family who went the opposite way from everyone else? It didn't bother him in the least that, in his family's case, he was the odd one out—the one who didn't want to settle down in a permanent relationship.

"Mum, you know I'm your black sheep," he said, putting an arm around Linda as they walked to the dining room. "But you have to admit that my social life is the only thing you could complain about. In every other way, I'm the perfect son," he joked, giving his mother a kiss on her forehead.

"I complain about some of your friends
and
I complain that you don't want a steady girlfriend. So that's two things I'm not happy with, not just one," Linda retorted.

"Aww, but you love me anyway."

This time his mother rolled her eyes at him. But she had a resigned smile on her face.

"Hello all!" he said to everyone squeezed around his parents' big dining table. He went around to give the women a kiss on the cheek and the men a pat on the shoulder. Everyone was there: his parents, his sister Faye and her fiancé Ray, his twin brothers Riley and Bradley and their girlfriends, and his older brother Kane and his girlfriend Jasmine.

Seeing Jasmine brought back memories of the night he'd had with a beautiful, chestnut-haired woman with expressive brown eyes. Phew, last night was easily one of the most incredible nights he'd ever had. Just thinking about it made him hot and bothered. If Ari Mitchell wasn't Jasmine's friend, he wouldn't think twice about propositioning her for another tumble or two.

But experience had taught him he couldn't remain friends with girls he'd had sex with for more than one night. For whatever reason, his track record was quite consistent: he didn't have problems developing friendships with women he'd had one-night stands with, but once it went beyond the one time, maintaining the friendship became difficult. So a repeat of last night with Ari was not in the cards, not if they would have to continue being friendly with each other because of Kane and Jasmine.

"Woo-hoo! Dylan! Are you listening?"

Kane's voice snapped him out of his musing. He sat on the empty chair and grinned at his brother. "Sorry, were you saying something?"

"I said, I'm sorry we dragged you out of your friend's party. But thanks for being here."

"Oh, sure. No worries. I might head back there after we finish here. What made you call a family dinner tonight, anyway?" he asked Kane.

"Well, now that everyone's here, I can announce my good news," Kane replied, a blissful grin settling on his face. There was a dramatic pause before Kane finally announced, "Jasmine and I are getting married."

Cheers erupted around the table as everybody congratulated the couple.

"I had a feeling that was why you wanted to have dinner with all of us tonight, Kane," Faye said. "I'm so happy for you guys. Do you have a ring yet?"

"Yes, it's here in my pocket," Kane responded as he pulled out a small box. "We wanted to surprise everyone so Jaz took it off so no one would guess our news." He took the ring out and placed it on Jasmine's finger before giving her a kiss.

A Questionable Shape by Bennett Sims
Sahara by Clive Cussler
Wakefield College 01 - Where It May Lead by Janice Kay Johnson
The Captain of the Manor by Nicole Dennis
Big Dog by Dane, Ryder
Adversary by S. W. Frank
Bury the Hatchet by Catherine Gayle
Permanent Sunset by C. Michele Dorsey
Flesh 02 Skin by Kylie Scott
Business as Usual by Hughes, E.