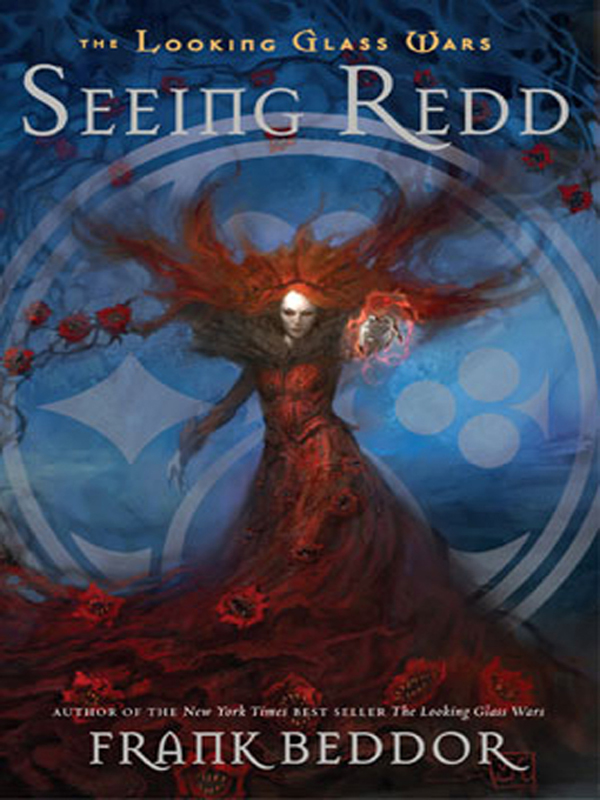 For Christina and Luc 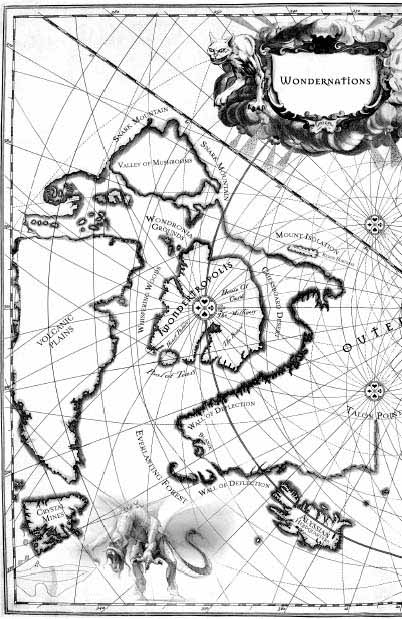 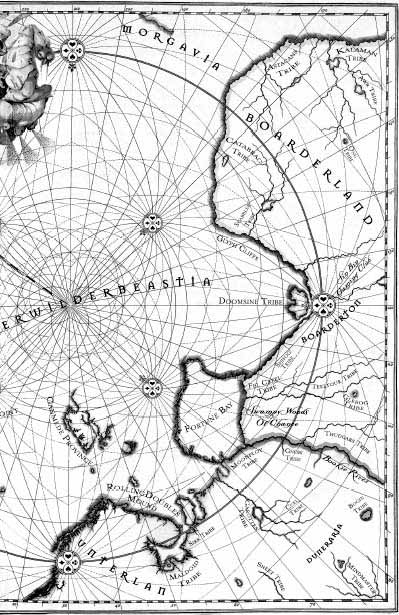 She should have been disoriented, her image sneering back at her from the countless dust-filmed looking glasses that surrounded her, but she was too consumed with the quest that had brought her to this maze whose time had passed, its purpose unfulfilled
.

“I've come!” she yelled, the words ricocheting off the cloudy looking glasses without cease or loss of volume. The noise pained Redd's ears, but what did she care? She would endure anything. She had made it this far. She would not leave until she had found what she'd come for
.

In every direction, mirrored corridors branched off into the dusky reaches of the maze. She tried to locate the scepter in her imagination's eye, but her powers were apparently useless. She would have to find it the old-fashioned way, by systematically walking every corridor, seeking the scepter as might a blind, rudderless fool
.

“Not much of a maze, are you?” she muttered, because she discovered that she could pass from one corridor to another merely by walking through the looking glass walls. Hers was a phantom maze, the ghostly residue of what it had once been. A sudden, hissing sound at her back
.

She spun, ready for anything. The dust of a looking glass had lifted and formed into the figure of a female: the teenage girl she used to be, before she had allowed corruption to gnarl and ravage her features, before her transformative passage through the Heart Crystal: bratty, intractable and vindictive Rose Heart
.

“How dare you show your face, when I'm smarter and more imaginative than you,” the dust-figure whispered, then faded into nothing
.

Redd continued on, and half-formed images flitted past the periphery of her vision, apparitions pointing and ogling in disbelief that the maze's intended had arrived so long after she'd been expected. Whenever she turned to look directly at them, they shifted and remained at the edge of her sight
.

Only one image let itself be seen, and it gave Redd pause: that of her slinking into her mother's bedroom, so soon after being removed from succession to the throne, to place the fatal mushroom on Queen Theodora's tongue. She felt no remorseâher mother had deserved an untimely endâbut that night had been the last time she'd employed a lethal mushroom in her nasty doings
.

The scepter lay on the floor up ahead as if it were nothing, a useless stick someone had dropped in her hurry to leave. No doubt it had once been vibrant with color, a gleaming, crystalline staff with elaborate, gem-encrusted filigree awaiting the first touch of its intended's hands. But now, the heart at its top was shriveled and gray. What gems still remained had turned black. The filigree was rusted and, in parts, had completely flaked off. But had it been otherwise, had she found a scepter as glorious and pulsating as Alyss Heart's, she would have thought it a trick, a setup. The scepter at her feet, so elaborate in its decayâthis was beauty. Yet here it lay, abandoned, discarded, just as she had been by her family
.

“And they had the impudence to blame me!” she yelled
.

Again, her words reverberated until they became noise
.

“It's your own fault, Rose,” Theodora had said. “I cannot allow you to become queen. You refuse to listen to anyone's counsel but your own, and you insist on being so undisciplined, disregarding the most basic principles of White Imagination
.”

“Perhaps I have discipline in other things!” she had spat
.

“That's what I'm afraid of. You've already scared a number of important Wonderlanders
.”

Redd had made it her life's work to scare so-called important Wonderlanders. She had scared a great many of them during her all-too-brief time on the throne. But whatever fears she had instilled, whatever terrors inflicted, were nothing compared to what she would accomplish now that she had navigated her own Looking Glass Maze
.

Her fingers closed around the scepter, giving her access to the full potential of her imaginative powers. She was the strongest Heart alive. She would recapture the Heart Crystal, and no one, not even prissy Alyss Heart, would be able to wrench it away from her. Ever
.

The Hidden Oasis by Paul Sussman
Passionate Craving by Marisa Chenery
The Parlour (VDB #1) by Charlotte E Hart
Rosary: Poetry of Anna Akhmatova by Anna Akhmatova
City Knight 04 - Knights Out (CMS) (MM) by T.A. Webb
End of the Line (Book 2): Stuck in the Middle by Frater, Lara
Blood of the Reich by William Dietrich
How Huge the Night by Heather Munn
A Short History of Myth by Karen Armstrong
The City of the Sun by Stableford, Brian