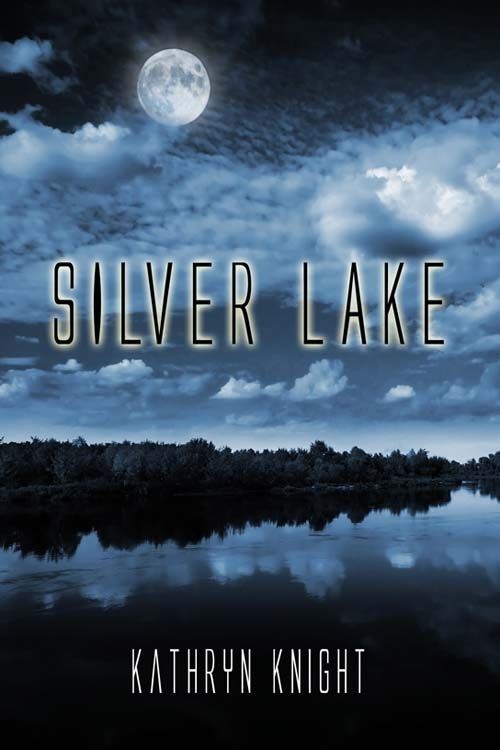 For my husband, Chris, the love of my life—

thanks for believing in me.

Three hours. She would see Jason in three hours, if he left for the lake house when he said he would. A potent mix of apprehension and excitement hummed through her veins, causing her to grip the steering wheel with enough force to turn her knuckles white. “You’re ridiculous, Rain DiMarco,” she mumbled to herself as she ordered her nervous hands to relax.

She grimaced at her inadvertent use of her married name. Rain Anderson, she corrected herself sternly. Rick DiMarco was no longer her legal husband, thank God. He was probably carrying on with that tramp she had caught him with at this very moment. Actually, that had been six months ago, on a miserably cold day in December. He had most certainly moved on to someone new by now.

“I don’t care,” she reminded herself. And she truly didn’t. The tragic events that had made marrying her egotistical high school boyfriend seem like a good idea were in the past.

No, that wasn’t exactly true. The repercussions of that long-ago tragedy were still haunting her—quite literally. And now, as a result, she found herself headed back to Silver Lake, based on cryptic messages from her best friend’s ghost. An icy shiver tiptoed up her spine as she struggled once again with the idea that Brandy Pierce’s spirit was trying to communicate with her.

She had resisted the theory at first. But it was impossible to dismiss the constant dreams that seemed to be orchestrated by her missing friend. They mercilessly held Rain’s subconscious hostage every night, tormenting her with disturbing, repetitive visions. And she wasn’t the only one dealing with the haunting nightmares; Jason, Allie, and A.J. were all having similar experiences. As far as Rain was concerned, coincidence was not a valid explanation. Brandy had mysteriously vanished during their senior year of high school; five years had since passed with no new information. The sudden onset of these relentless dreams had to mean something.

But the possibility of encountering Brandy’s ghost wasn’t the only thing causing her stomach to pitch with uncertainty. Had Jason really forgiven her? The emails they had exchanged over the last few months seemed to indicate that he had. Her blue-gray eyes flicked to the dashboard clock and then back to the Connecticut highway. Five years ago, he had cut her out of his life. And now she could count the hours until she would see him again, after all this time.

The first turn off the main road appeared, and her chest tightened painfully. So many years had passed since she had last traveled this route, and yet it still felt familiar. She slowed her speed as she maneuvered her SUV along the narrow roads that wound through the woods. Many of the streets were missing signs, and she was relieved that her GPS seemed to know where it was going. The vine-covered trees and low stone walls all looked the same to her. Very quaint surroundings, she thought to herself, but not enough variation to keep me from getting lost. She crested a bumpy hill and caught a glimpse of the lake.

A wave of bittersweet nostalgia crashed over her as she turned down the final unpaved road that led to the house. A weathered wooden sign with faded black numbers still served as a landmark, and Rain guided the SUV through the break in the trees. Gravel crunched beneath her tires as she continued down the long driveway.

She cut the engine and relaxed in the driver’s seat, enjoying the peaceful scenery. Quiet, scrubby woods surrounded the house and gave way to the sandy beach. Although there were other houses not too far away, the thick underbrush and clumps of straggling pine trees gave each property a secluded, solitary feel.

A movement caught the edge of her gaze and she snapped her head back toward the house. Her breath caught in her throat as she stared at the now-empty second floor window. Was someone in the house? Adrenaline coursed through her veins in wild, panicked bursts.

She studied the house suspiciously, her damp fingers curled around her cell phone. The figure did not reappear. As the seconds dragged by, her heart rate began to return to a normal rhythm. It had been a shadow. Or a reflection. Or, most likely, her overactive imagination.

Reminding herself of her vow, she stepped out of the SUV. The end of her marriage had left her feeling vulnerable and alone. But she had made a promise to herself: she would emerge from this ordeal a stronger and more independent person. This trip offered an opportunity to reconnect with her oldest friends. The last thing she wanted was to be found cowering in her car when they arrived.

The key was right where the realtor had said she would leave it, in the empty flower box under the kitchen window. Rain checked the doorknob before inserting the key; the front door was indeed locked. She exhaled with relief as she eased the door open.

Uncertainty made her hesitate in the doorway. She had vowed to be strong, not stupid. It wouldn’t hurt to err on the side of caution. Searching for a suitable weapon, she settled on a large rock lodged in the sandy dirt that represented a lawn.

Taking a deep breath, she crept in and cautiously peeked behind the door. No one there. Inching along the wall of the short hall, she peered into the kitchen on the right. Not much had changed, and the kitchen still occupied the front corner of what was essentially one spacious great room. It was easy to scan the large area from her vantage point, but there were still plenty of other places for someone to hide.

Rain knew there was one bedroom off each side of the main living space, and she searched those, as well as the one bathroom on the ground floor. She surveyed the screened-in porch through the windows before letting herself out the sliding glass door to check the outdoor shower.

Back inside, she gripped her rock firmly as she eyed the open upstairs hallways. The stairs led to the landing where she had thought she’d seen someone in the window. There was no place for anyone to hide along the exposed hallways, but the bedroom doors up there were closed. She drew in a deep, shuddering breath and forced her legs to climb the stairs.

Her name floated around her, a whisper of a sigh. She spun around, losing her balance as her feet tangled together. Her breath escaped in a painful rush as she sat down hard on the top step. Scrambling backward, she lodged herself into the corner of the landing as she looked around wildly for the source of the voice.

The empty house stared back at her, still and quiet. She bit her lip and waited, her back pressed protectively into the wall. The only sound now was the throb of her pulse, roaring in her ears.

“Just nerves,” she announced, breaking the silence. She pushed herself up shakily and considered her options. The upstairs bedrooms still loomed on either side of the landing, waiting to be investigated.

She hesitated for a moment in front of the windows, willing a car to appear in the driveway. No such luck. With a reluctant sigh, she trudged down the hall to the master bedroom first. The rock felt heavy in her right hand as she trailed her left palm along the worn banister railing.

Her fingers shook as she reached for the doorknob, and she turned it quickly and shoved the door open. The room appeared empty, and she ventured in further. A bank of windows to the left showcased the sparkling lake, but Rain didn’t pause to admire it. She methodically checked under the king-sized bed and inside the closet and bathroom. The only obvious problem around here seemed to be her wild imagination.

But as she exited the room, she stopped to stare at the last bedroom door. It stood slightly ajar; she was sure both doors had been shut only moments ago. She tried to convince herself that the view from the landing had just made it appear closed, but her heart resumed its erratic hammering.

She steeled herself and clutched the rock tighter as she wound her way back past the top of the stairs and over to the last room. Pushing the door open wider with her toe, she surveyed the room from the hall.

A new queen-size bed had replaced the former twins, so she peered under that first, avoiding the closet for as long as possible. But it was a sparsely-decorated room with no adjoining bathroom; there were no other hiding places available. Taking a deep breath, she flung open the closet door and jumped backward.

Empty. Sighing with relief, she tugged a shaky hand through her chestnut hair. Beads of perspiration had popped up along her hairline, and a ribbon of sweat trickled down her back. A quick shower would help. As she hurried down the stairs, she congratulated herself on not passing out from fear. If her friends had arrived to find her in a dead faint on the floor with a rock in her hand, she never would have heard the end of it.

She relinquished the rock outside and quickly unpacked her car. After locating a towel, she assembled her toiletries in the downstairs bathroom. As she pinned up her shoulder-length hair, she glanced at her reflection in the mirror. She didn’t think she had changed all that much since high school. A few faint worry lines had etched themselves around her eyes, thanks to both her deceitful ex-husband and her job as a kindergarten teacher. Other than that, she looked about the same. Would Jason still find her attractive?

No, she told herself firmly, turning her back on her reflection. She twisted the shower handle with unnecessary force. Jason was off-limits to her. The most she could expect from him was forgiveness. She was here to repair old friendships and hopefully solve a mystery. Nothing more.

Jason Lansing locked the door to his karate studio with a stab of remorse. Since beginning his fledgling business during his senior year of college, he had never left the studio in the care of others for any significant amount of time. He would miss teaching his classes, but he had complete faith in his assistants. And no one would argue that he was due for a vacation.

He shouldered his duffle bag and began the walk back to his apartment. Five days to relax at the lake—it was difficult to imagine. He was looking forward to seeing his old friends, despite the bizarre circumstances that had inspired this reunion. Dreams were simply meaningless products of the subconscious during the body’s rest. He couldn’t bring himself to believe he was receiving prophetic messages from Brandy. Besides, lately she had faded into the background of his reoccurring dream; Rain now had the starring role, much to his frustration.