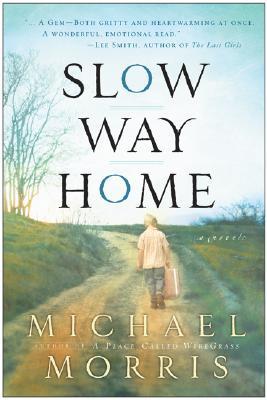 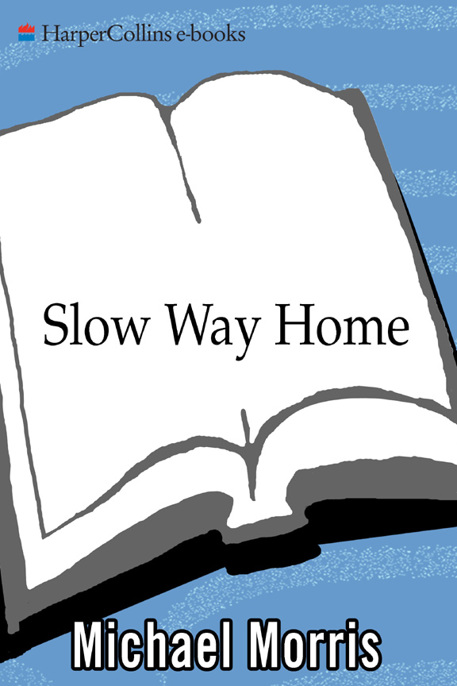 For Linda Maultsby, whose passion for language, laughter, and life itself continues to inspire the spirit.

Nana always said the Lord works in mysterious ways. Every…

“Hurry up, slow poke,” I heard my cousin call out.

Crowds began filing into the converted livestock arena early. By…

Miss Belinda jumped up from her pew and began hitting…

Miss Douglas had told us important people were coming to…

Seeing Nana and Poppy dressed in their good clothes sitting…

When I woke up, the green sign with orange letters…

By the time Santa Claus appeared in the middle of…

That first day of 1973, Beau convinced Nana that a…

It was Beau’s idea to make the bag swing for…

A mist of rain danced in the air the day…

Sister Delores sat in the back of the sheriff’s car…

The day of the Fourth of July celebration I awoke…

By the time we got back to North Carolina, the…

A mist was in the air the day my mama…

“All your ass does is sit around talking about work.

The day after Christmas, Kane showed me the gift that…

The Child Advocacy Network letterhead was stamped with December 9…

The night of the softball banquet, I stood in the…

The clicking of the typewriters filled the small room of…

It was the word “pecan” that made me serve time…

Esther was the one who told me that company was…

The rusty “No Trespassing” sign is slanted sideways, its words…

Other Books by Michael Morris

N
ana always said the Lord works in mysterious ways. Every time she would say that, I would think of Darrell Foskey.

If it hadn’t been for Darrell, I don’t know where I might’ve ended up. Probably tossed around in a system of Foster homes just like the clothes did in the dryer the night we first met Darrell. He came into our lives thanks to a jammed quarter at the Laundromat. As the night manager, Darrell saved the quarter and won my mama’s heart all at the same time.

I was eight that summer day in 1971 when he moved to the apartment with us. The window air conditioner made a rattling sound as it fought the heat that Darrell let through the door. He put down a water-stained box filled with records long enough to snatch the G.I.

Joe figure from my hands. The smell of his soured tongue rolled over me the same way he rolled G.I. Joe’s head between his fingers.

“Boy, what you doing playing with dolls?” Red lines outlined brown pupils and when he smiled I saw the chipped tooth that he claimed was a sign of toughness. “Hey, just kidding, big guy.” When Darrell flung the action figure, I jumped to avoid being hit by G.I.

Joe. Little did I know then how I’d keep on jumping to avoid Darrell.

Mama was as shocked as I was seven weeks later when Darrell quit his job at the Laundromat and announced he was taking us out for supper. “Daddy, that’s what I love about you. You just go with the 2

gut,” Mama said. She nibbled his ear and talked in that baby way I hated. “That man said he’ll be at JC’s party tonight with a new stash.

Let’s go on down there, Daddy.”

They didn’t see me roll my eyes big as Dallas right in front of them. He sure wasn’t
her
daddy, and I’d throw up before
I
was fixing to call him any such thing. Before I could ease out of the beanbag and make it to my room, I heard Mama giggle.

“Boy, go on in there and get ready,” Darrell yelled. “You gonna get yourself a steak dinner tonight.”

Darrell was still going on about Canada and all the good jobs he could get working the pipelines. The pretty waitress reappeared and put another drink before him. Although I couldn’t bring myself to look her directly in the eye, I liked the way she smiled and winked at me.

Darrell licked the juice remaining on the steak knife and washed it down with a loud smack.

More than usual I was nervous around Darrell tonight. Not so much because of his erratic behavior—I was getting used to the outbursts. But the restaurant was too much. Casting my eyes across the room, I watched a group of women Nana’s age laugh while one of them opened brightly wrapped gifts. I couldn’t help wondering how they would take Darrell if he got on one of his “spells,” as Mama called them.

The more glasses of gold liquid Darrell consumed, the more he bragged about all the gold he could find in Canada. “There’s an ol’

boy who used to work with me already up there. They tell me he’s making fifteen dollars an hour on that pipeline.” Darrell licked the ex-cess from the A-1 bottle top and slammed it on the table. I flinched and looked over at the ladies, who were so caught up admiring a gift of crocheted dinner mats that they didn’t notice.

The pretty waitress appeared again and poured tea into my glass.

“Boy, you best leave off the tea and go to studying your plate,” Darrell said with a point of his knife. The waitress glanced at Darrell and then smiled back at me.

“Go on, Brandon, and eat your steak now,” Mama said. She lit a cigarette and gazed across the restaurant. “Don’t start no problems.”

Picking at the slab of meat surrounded by pink juice, I rested my case. Mama knew I wanted chicken. But Darrell was determined and ordered steak for all of us. “I’m not very hungry.”

“I’m not very hungry,” Darrell whined and squinched up his ruddy face. “What’s the matter, this place ain’t good enough for you?

Not good enough for the little king?”

I stiffened my back and dug my nails into the vinyl seat. Trying to gauge how to respond, I looked at Mama, but she was staring at her reflection in the tinted window and flicking the ends of her newly blonde hair. “Just eat the steak, Brandon.”

“We ain’t leaving until you eat ever bit of that steak, you hear me.”

Elbows planted on the plastic red-and-white tablecloth, Darrell en-forced his message with another point of the knife.

“It’s got icky stuff coming out of it.” I followed the tip of the knife up to the brown eyes. It was that look. The same vengeful stare that Mama excused as the dark side in each of the two men she officially met at the Justice of the Peace plus the four she had let in without signed papers. The same dark side that made Darrell throw plates, punch holes in our apartment wall, and kick in my bedroom door.

Darrell threw his napkin on the plate and steak juice stained the once white material. “Most kids’d be happy to eat at a nice restaurant, but no, not you. Not the king. You little no good piece of . . .”

“Oh, Daddy, don’t. Don’t get all riled up. Not tonight. He’s just being a kid.” Mama leaned into Darrell and whined, “Come on, shug.

The man’s gonna be at JC’s and everything. And they’re having that band.”

All I could do was stare at the steak bone remaining on Darrell’s plate. I never flinched when he yelled, “I’m so pissed off right now I don’t wanna go nowhere.”

Mama’s eyes felt as hot as cigarette ash on my skin. I looked up to find her bright red lips pursed and blue eyes bugged as if to tell me in 4

some sign language that she was at her breaking point. “I need a refill over here,” she finally yelled.

Soon Mama’s body leaned on Darrell, and her hand was inside his shirt. When she put into nibbling his ear, my neck became hot. What I wouldn’t give to be able to walk out and leave. To run away and hide until this part was over. Sometimes I almost hated her when she was with one of the boyfriends. Not so much out of jealousy, but because when she drank alone I could handle her. With another man to compete with, I always lost. Some battles were never meant for a boy, I overheard my teacher say the time I showed up at school with a cut above my eye.

So I learned long ago to remove myself when I had to. I convinced myself that I was the only boy in North Carolina or maybe even the whole entire United States who could shrink in his brain and become tiny like G.I. Joe. Searching for an object to stare into and focus the way I had taught myself, my eyes fell upon the group of older women. The one with apple earrings gave me a pitiful sideways smile, and I jerked my head away.

After Darrell was pampered and slurped on proper, he agreed to go on down to JC’s party and meet the man with their supply. But not before he vowed to never take me out to eat again. Fine with me, I thought and folded my arms as the waitress supplied the Styrofoam take-out box.

Just as Darrell moved to stand, it happened. The low-hanging lamp shaped like a mushroom struck the side of his forehead, and the carton tumbled to the floor. The slab of undercooked meat rolled onto the green carpet decorated with cracker crumbs and a piece of wilted lettuce. Darrell’s face twisted even tighter. Blue veins around his eyes bulged, and he hissed in a way that made me think any minute he would turn into a snake. Holding the side of his head, he let out a loud moan that caused the ladies at the table next to us to gasp and clutch their blouses. With the lamp dancing above us and the moan never ending, all I could do was picture Darrell in some sort of cartoon, like Roadrunner and Wily Coyote. In this case the pestering
Slow Way Home

Wily Coyote just had the heavy weight slammed against his head. And before I could help myself, laughter broke free.

“Sophie, I’m telling you right now that boy’s got attitude,” Darrell said between clips of electric guitars on the radio. The entire ride from the restaurant I sat on guard in the backseat, arms folded, back stiffened.

“I ought’ve knocked a knot on his head to show him how it felt.

Then we’d see who’d be laughing.” Darrell kept one hand on the steering wheel and used the other to reach around the backseat and swat wildly in the air. I pulled my legs in close and watched his oil-stained fingers stretch within inches of my knees.