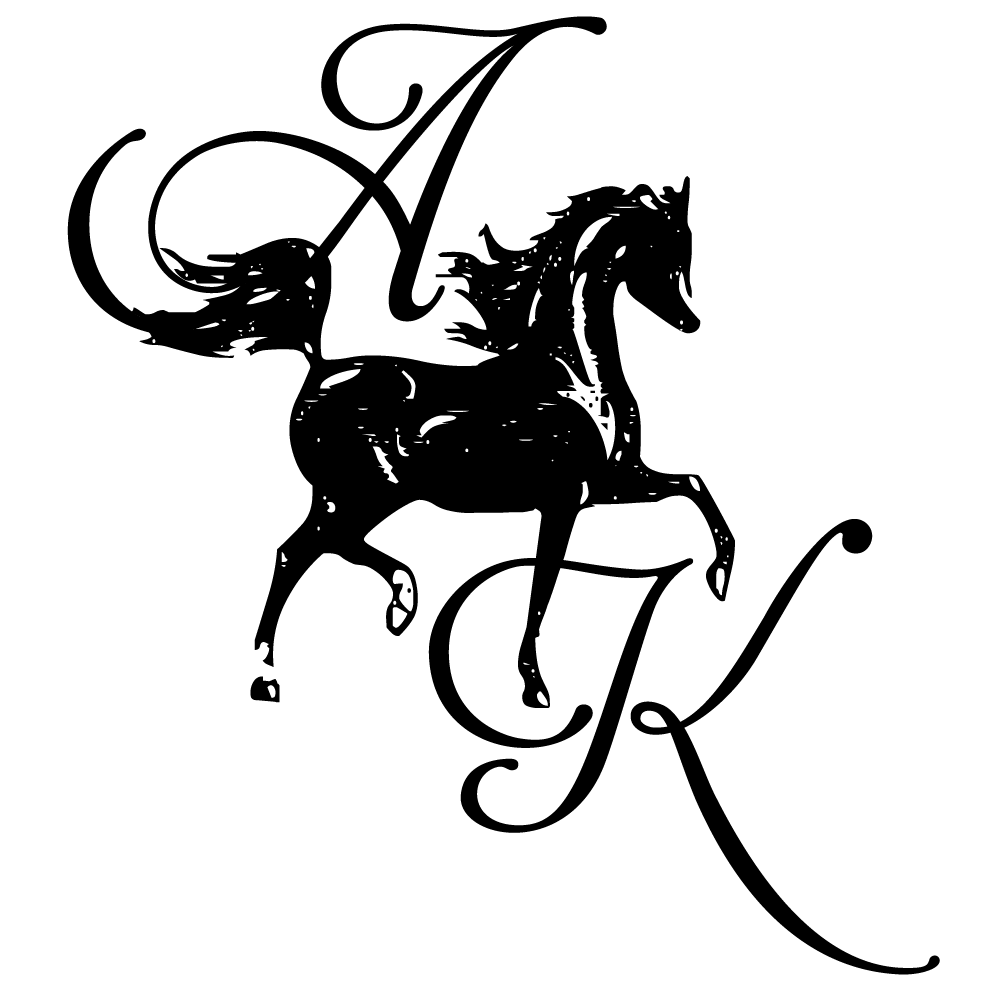 A witness hidden away in a small town.

After waitress Liliana White witnessed a murder, she wanted nothing to do with helping the police or putting the target behind bars. She’s not interested in justice or being a hero; she just wants to stay alive. A brutal death waits for her if the culprits get their hands on her, and given that one of them is her ex-boyfriend, she knows precisely what he’s capable of and will avoid him at all costs.

The bodyguard sworn to protect her.

Stoic and efficient, personal security expert Michael O’Hara is cautious in all things—both work and women—and has built a reputation in the private sector as the top of his field. But though he thinks he’s seen it all, nothing has prepared him for keeping Liliana White safe. She doesn’t trust him, doesn’t trust the police, and not even a vicious contract killer known as The Huntsman on her heels is enough to convince her she needs him.

But Liliana
does
need him. Only Mike stands between her and certain death, and despite all he does to keep his emotional distance, the longer he spends with her, the more he has to face the possibility that he just might need her too.

Sympathy for the Devil (Stirling Falls #2)

Circle of Friends: How Can You Mend a Broken Heart?

The Book of Love

I Who Have Nothing

All rights reserved under the International and Pan-American Copyright Conventions.  No part of this book may be reproduced or transmitted in any form or by any means, electronic or mechanical including photocopying, recording, or by any information storage and retrieval system, without permission in writing from the author.

This book is a work of fiction.  Names, characters, places and incidents are either the product of the author’s imagination or are used fictitiously, and any resemblance to any actual persons, living or dead, events, or locales is entirely coincidental.

The unauthorized reproduction or distribution of this or any copyrighted work is illegal. Authors are paid on a
per-purchase basis
. Any use of this file beyond the rights stated above constitutes theft of the author’s earnings. File sharing is an international crime, prosecuted by the United States Department of Justice Division of Cyber Crimes, in partnership with Interpol. Criminal copyright infringement, including infringement without monetary gain, is punishable by seizure of computers, up to five years in federal prison and a fine of $250,000 per reported instance.  Please purchase only authorized electronic or print editions and do not participate in or encourage the electronic piracy of copyrighted material.

Thank you for only purchasing legal copies of my work.

Illegally obtaining my books means I can’t continue to write/publish and future works
will
be canceled.

Once Upon a Time

The only thing that got Liliana White in the door to work at The Palace on a Friday night was knowing there would be good tips.

The restaurant was about three steps above a strip club and not
quite
as classy as Hooters, which was definitely saying something about the place—something negative. Staff consisted of pretty girls in tight T-shirts and miniskirts who had to have considerable “assets” and be comfortable with some ogling. Chaotic, tables packed and voices driving her head into a migraine immediately, with spilled drinks and loud patrons and her feet—in heels—would be killing her within half an hour, but
the tips
. The tips always made up for it, from the regulars at their usual tables and the large parties of business men she’d flirt with while dropping off their orders. Liliana lived for those tips.

This Friday night, however, sucked.

It started when Maggie didn’t show up and her tables were split between Liliana, Julie, and Cindy, rather than call another girl in. This meant even less attention spent on tables during an already busy time, which meant less satisfied customers who left a little less than they normally would have. On top of that, the clueless new hostess seated some of Liliana’s regulars at different tables.

Then there was the matter of some nights just being shitty for tips regardless of circumstances. That night everything seemed to converge into a perfect storm that resulted in about sixty percent less tip money than she normally got.

On top of that, her back ached, her feet hurt, and her boss asked her to work an extra hour after her shift ended to help close up.

That was still half an hour away. Cindy and Julie had already left. The bar was closed, though three people still nursed their drinks—she wasn’t sure where the Polly, the bartender, was, but perhaps she’d ducked out early. The low lights of the restaurant just made Liliana more tired. She’d polished the tabletops until they gleamed, refilled the condiments. The only thing remaining was a sweep of the floor once everyone had finally gone. Her last group left five minutes earlier—three white guys who were loud and obnoxious and called her “brown sugar”, yet left her three-goddamn-dollars on their seventy-five dollar meal—which meant she had no one to wait on either.

She glanced at the clock on the wall. One-fifteen in the morning. No wonder she was tired, she’d been there since five-thirty.

With patrons still at the bar, technically she shouldn’t leave, but then Polly had, hadn’t she? The bartender was the one responsible for them and hadn’t asked Liliana to watch them during a smoke break or whatever.

She pulled herself wearily off the end barstool, cast a quick glance at the three remaining guys—they
definitely
weren’t going anywhere—and strode toward the back kitchen door to see where the hell everyone else was. If they could boot those guys out early, they could close early, and she could begin the trek to the bus stop and head home at last.

Her heels clacked on the beaten hardwood floor with each step, all four inches of them lengthening and shaping her calves but shooting pain right up to her hips. Pain was not worth beauty. She was too exhausted for a hot soak in the tub when she got home but tomorrow, definitely. And she’d pad around barefoot every moment until she had to be at work in heels again.

The white-tiled kitchen was silent but for the dishwashers running in the background. Counters wiped down, sink clean. Everyone really
did
go home for the night, it seemed.

To her left were narrow stairs that led up to the office area, light peeking from the top. So her boss was likely still around.

Liliana hesitated there for a moment, staring upward and debating. Her boss, Elise Hartley, didn’t particularly
like
her. She didn’t like anyone but her son Jimmy, and Liliana wasn’t sure if Hartley had hated her more
when
she was dating Jimmy or
after
they’d broken up. Liliana would’ve quit the damn job at the same time as quitting him, but she needed the money and she’d built up two years seniority, which didn’t seem like much but The Palace had a high turnover rate. That meant she could pick the better shifts and get priority on the schedule. And on the nights tips were good, they were
very
good—she wouldn’t get that elsewhere.

Still, it made her job awkward, and walking up there to ask Elise to kick out the remaining customers so she could leave early might not work out well.

But her legs were killing her. She sent a glare down at her stupid strappy black heels, heaved a sigh, and started up the steps.

Voices sounded, growing louder the farther she went. She couldn’t make out the words but one was male—deep, a little sharp. Was Jimmy here? He drifted around the restaurant, sure, but never stuck for long in case he had to do
work
, which he seemed entirely opposed to. Definitely wouldn’t be here after hours.

Not unless he was looking to pick up one of the women working the place, that is. Like he did Liliana, once upon a time. And others. Others she knew about, others she probably didn’t. Her stomach did a twist and heart kicked hard, the same internal combo that left her feeling sick any time she thought of him now.

She’d loved Jimmy, with his dark hair and stormy eyes and every smarmy bad boy cliché rolled into one perfectly muscled package. He wasn’t good for her, had a temper that scared her sometimes, but she’d put up with that until she realized he screwed around and that was one thing she wouldn’t put up with. Liliana had that much self-respect, at least.

She didn’t want to run into him here but it was worth finding out if at least his mother was around. If not, well, she supposed she’d be sitting downstairs waiting the full remaining time before she could head home.

Her steps on the stairs were as soft as she could make them, hand gripped the railing tight. The walls upstairs were dark brick, the hall narrow and shadowed—the bit of light came from an office door partially open.

Once she was at the top, the voices became clearer.

“Come on, just a few minutes.” Yep, definitely Jimmy, and her stomach whirled again when she recognized that tone, that faux-charm he used to drop the panties of his latest conquest. He’d used it on her when she’d thought she was the only one. Used it on the phone, too, which she overheard twice.

Go back downstairs. You know that’s not his mother in there.

But she didn’t. Liliana took a deep breath and inched forward.

The other office doors were closed and dark. No one else up here. She paused at the single ajar door and peered through the crack.

Elise Hartley’s office. More dark brick walls, a heavy wooden desk, and massive wood cabinets, which Jimmy had a girl pressed up against now. Hand moving up her skirt oh-so-skillfully, lips mouthing her ear. Liliana glimpsed the girl’s red hair and realized it was Polly, the missing bartender.

Liliana shook her head and backed up, grasping the rail again and slipping downstairs as silently as she could. Behind her, Polly’s voice came—snapping at him—and then more of his attempts at sweet-talking.

How many times had he talked Liliana into putting up with more of him? She’d always known he was bad news but, stupid her, she also always
liked
bad news.