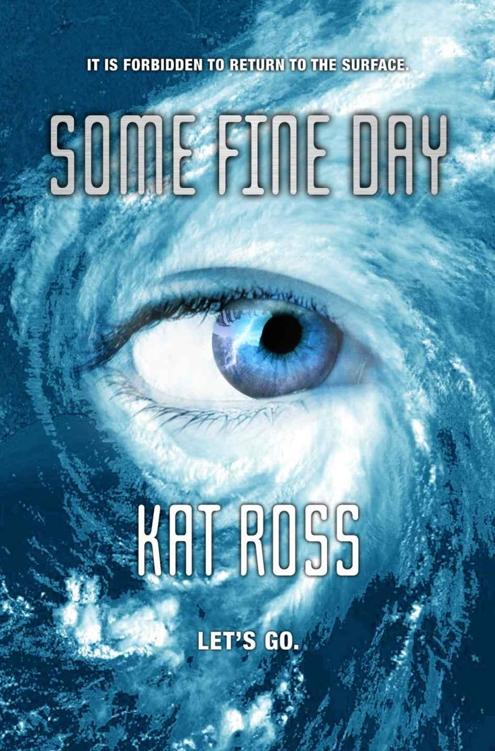 This is a work of fiction.  Names, characters, organizations, places, events, and incidents are either products of the author’s imagination or are used fictitiously.

Amazon, the Amazon logo, and Skyscape are trademarks of
Amazon.com
, Inc., or its affiliates.

To Dad, who I have never seen, even once, without a book.

More than once, a society has been seen to give way before the wind which is let loose upon mankind; history is full of the shipwrecks of nations and empires; manners, customs, laws, religions – and some fine day, that unknown force, the hurricane, passes by and bears them all away.

At first, the logistical problems seemed insurmountable, and of a magnitude never before faced in human history. But the alternative was equally unthinkable.

Rain streaks the window of the train as the white-gloved waiter sets a cup of coffee on the table. Like the plates and silver and linens and everything else in the dining car, it is finely made, porcelain thin as a rose petal with a gold band around the rim. As he clears the remains of the meal, I add a generous dollop of cream. The coffee is hot and strong, even better than I expected.

Outside, sheep dot the countryside, humps of grey in the steady downpour. We cross a trestle over a deep gorge, and then sunlight breaks through the clouds, casting pools of light and shadow on the emerald slopes far beneath. It’s an impossibly beautiful scene, and my throat catches a bit, as it always does.

My uniform is hot and a little tight. I haven’t slept in more than twenty-four hours. But I start to relax, sipping the hot coffee and letting my eyes soften into the mist rising from the valleys.

Suddenly, without warning, everything is gone, the sheep, the rain, the green. In its place is a featureless red desert.

I hate it when he does that.

“You act like it’s real.” He moves his hand back a couple inches from the console on his armrest.

He’s sulking because I’m looking out the window instead of paying attention to him. And he’s right. It’s not real. None of it is real. What’s real is that we are on a magnetic bullet train speeding through the darkness at four hundred miles per hour, and that train is about six thousand feet beneath the Earth’s surface.

But I was still enjoying the view.

“Come on, Jansin. Seven hours to Raven Rock. Holidays, remember?” He grins, and I have to grin back.

Jake wears the same uniform as me, navy blue with two black bands around the left arm, and has almost the same haircut, except shorter. He has bright blue eyes and brown skin and dimples. The overall impression is very wholesome.

“Let’s go watch the live feed,” he says, and I’m too tired to argue, so we pay the bill and walk two cars down. It’s almost empty at this hour, and we get a corner booth all to ourselves.

“Alecto,” he says, grabbing a remote. “She’s hot this week. Energy burst from the Equatorial Current.”

Alecto is one of the younger hypercanes, only about fifteen years old. A baby next to Megaera, which has been tearing up the surface for half a century.

The words HYPERCANE NETWORK! shimmer on the screen, then dissolve into six boxes. The upper left is a satellite view of the cane, its Cyclops eye now peering down on what the caption identifies as the Sino-Russian Prefecture. A crawl at the bottom gives real-time updates on latitude and longitude, sustained wind speed, central air pressure, and predicted path for the next seven to ten days. Jake has always been fascinated by the storms. He can watch them for hours.

I can’t really blame him for his fixation. The HYPERCANE NETWORK! is the only thing we get besides the news that has any variety. The movies and TV shows are from the old days. By now, we’ve seen them all a million times. Westerns are my favorite, because of the wide-open scenery and the horses and the crazy, doomed love stories, like in
The Unforgiven
.

Jake gives a low whistle and settles back, putting an arm around my shoulders. I snuggle in, opening the top two buttons of my uniform where they pinch my neck. I turn my face for a kiss, and get one, but it’s half-hearted. His eyes never leave the screen.

The other boxes are ground views from unmanned weather platforms. Alecto’s wind speeds average about four hundred and fifty mph, with gusts up to six hundred. I see surging seas, airborne debris that flies past too fast to identify. When Jake turns up the volume, the sound is deep and eerie. Like something alive.

Then an ad cuts in, synth guitars wailing our national anthem, and a montage of images depicting athletic-looking young men and women speaking rapidly to computers, belly-crawling through caves, sparring Jiu-Jitsu style with lots of flashy aerial throws, and finally, marching in perfect formation down a wide avenue as crowds cheer from the sidewalks.

“Thinking about your future?” a smug male voice asks. “Think you’ve got what it takes to serve in the most elite fighting force ever to. . .
blah blah blah
. . .”

“I need to sleep,” I say, and he smiles and kisses the palm of my hand. Jake can go without rest for days and seem perfectly fresh.

The compartment is large by bullet train standards. Even in second class, you get one thousand-thread count sheets and a mint on the pillow. I’m so exhausted, I’d curl up on the floor without complaint. But after folding up my uniform and brushing my teeth, I take a minute to find the sheep again and fall asleep with the image of sunlight pouring through the clouds onto the valley floor.

Jake gets me exactly thirty minutes before arrival. More strong coffee in the dining car, and then we’re pulling into the station. The platform is crowded, but I see my father right away. He’s a big man and looks even bigger in full dress regalia, with a chest full of medals and shiny black shoes. Jake gives him a salute. “At ease, cadet,” he says, and hugs me tight until my toes barely touch the floor.

He summoned Jake and me for midterm break a week early, and I wait for him to explain, but he just takes my bag and hustles us out to the car. His long-time driver Archie nods at me and I nod back. Traffic is heavy around the station, the streets full of shoppers and people getting out of work. There’s light everywhere, white, red, yellow, blue, twinkling in the semi-darkness, and it seems so cheery and full of life after the drab grey of the Academy, like waking up after months of hibernation. We creep through the city center, then accelerate as the commercial district gives way to factories and hydroponic farms, the glow from their high-powered grow-bulbs illuminating flurries of snow.

Which, of course, is also artificial.

Apparently, people start to go crazy without any weather at all. In the first years after the Transition, about a quarter of the population fell into a clinical depression. A lot of them killed themselves. So the scientists invented machines that made rain and snow and day and night. And they created the network that lets us watch the storms. All five of them.

After about an hour, we turn up the winding drive to my house. My mother stands silhouetted in the front door. She’s small, like me, with the same tilted eyes and dark hair. She pecks me on the cheek and holds her arms out for Jake, who gives her an awkward hug. He’s always a little nervous around my parents. And it’s the first time he’s been invited to stay for a whole week.

I shower and change out of my uniform into a nice floral-print dress, and then we all sit down for dinner in the solarium. My mother is an agronomist, and she’s made this room the most beautiful in the whole house, with pineapple lilies and rare orchids and a hundred other flowers I don’t know the names of.

“Tell me about school,” she says, and Jake gives a gung-ho recital of our latest training.

This term we’ve been studying small unit tactics, advanced light weapons and close quarter combat. Jake is a better shot, but I’m faster with my hands and feet. I’ve dropped him on the mats nearly every time, which he pretends not to mind but does, just a little bit.

We have squash soup, followed by poached leeks and synth steaks in a mushroom cream sauce. It’s heavier, richer food than I’m used to, and makes me drowsy. I’m glad to be home, and I think about the next seven days of freedom: walking in the gardens with Jake, curling up in the worn pea-green armchair with the good lamp and mismatched ottoman for my feet and re-reading some of my favorite books, maybe taking day trips into the city. Pretending that I’m a normal teenager. Soon, we’ll graduate and get our assignments and everything will change. I’m not sure I want that to happen. Not yet.

I Want to Hold Your Hand by Marie Force
Lone Star Wedding by Sandra Steffen
Three Harlan Coben Novels by Harlan Coben
Rules of Honour by Matt Hilton
Saddam : His Rise and Fall by Con Coughlin
Thicker Than Water - DK5 by Good, Melissa
One Year After: A Novel by William R. Forstchen
Lost in the Sun by Lisa Graff
Zac and Mia by A.J. Betts
The Covert Academy by Laurent, Peter