Read Some of Tim's Stories Online

Some of Tim's Stories 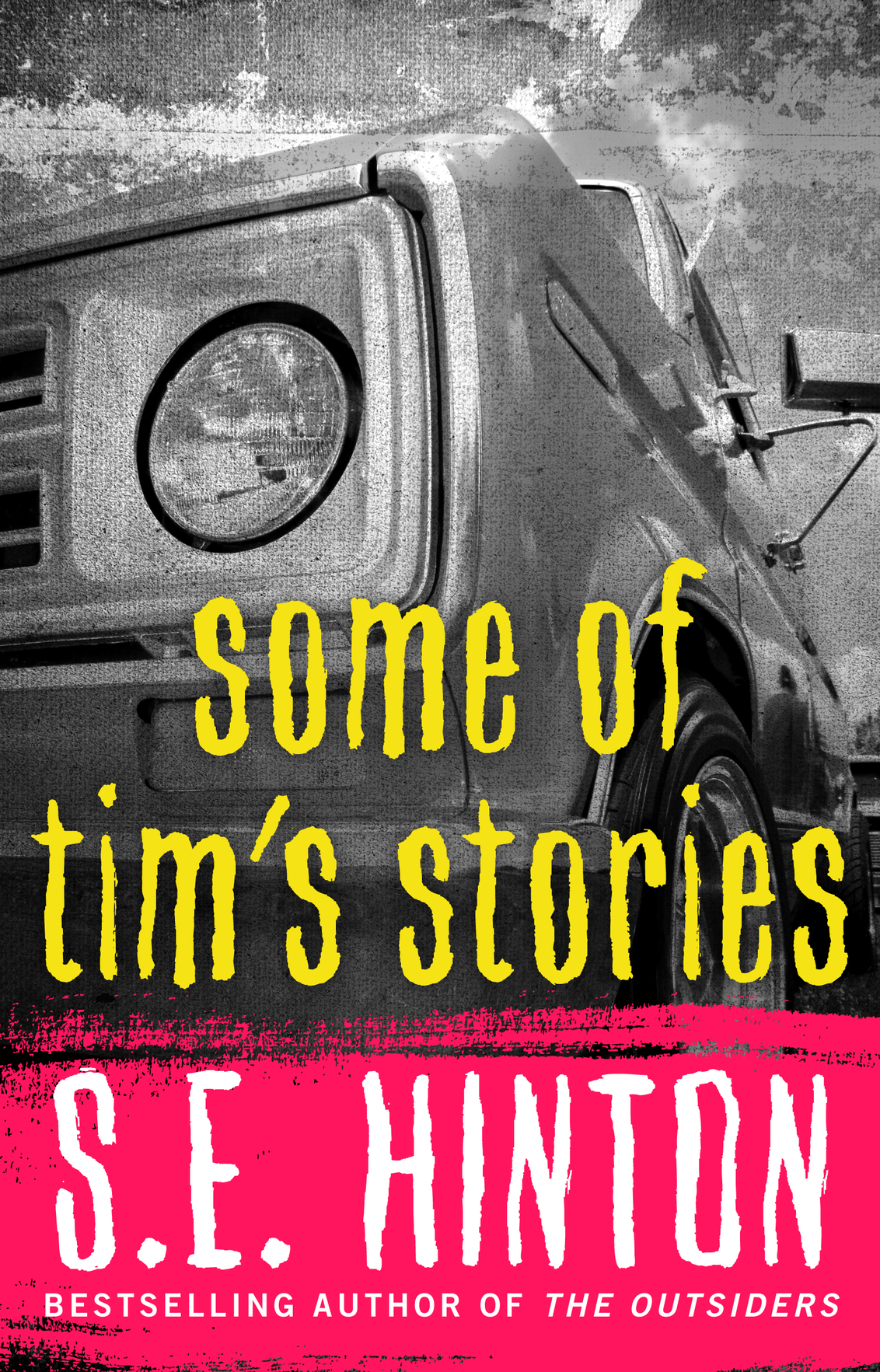 To David
Who never seemed to mind
when Tim dropped by

SOME OF TIM'S STORIES
The Missed Trip

“Not till you're twelve.
That's the rule,” Uncle TJ said.

Mike didn't say anything, knowing it was useless, but Terry never took a “no” he didn't have to.

“At least you guys will get to go together.” Mike's dad loaded the last of the camping gear and guns into the car.
“Think how poor TJ felt, getting left behind for four years, seeing me and Grandpa and Great-uncle Jack go off without him. He even stowed away in the trunk one year. When Grandpa found him, we were a hundred miles out, and he turned right around and brought him home.”

“Well, you two ready to go live off the land?” Mom and her sister, Aunt Jelly, came out of the house.

When the men left, the moms would joke for days about them “living off the land.”

“They stop at Safeway, the meat market, and the liquor store before they leave city limits,” they laughed.

The boys knew better. Still, there were probably secrets to this trip their dads made every year, sometimes for a long weekend, sometimes for a week. They never missed it. The men had gone deer hunting in October every year since they were twelve years old. Only missed the years Mike's dad was off to war.

The boys knew they were supposed to continue this, and someday bring their kids, too. When those kids were twelve.

The trip was supposed to mean something. Mark something. It wasn't just the deer hunting, or the first driving lessons Terry was so crazy forâ¦

Mike's dad kneeled down and said, “Don't be too anxious for this, Michael. It's the beginning of the end of childhood. That's exciting, but a little sad.”

Mike was ashamed to think he didn't want to grow up too fast, not like Terry who was always grabbing at things out of reach.

This childhood seemed perfect to him: the two families mixed together, two brothers who had married two sisters, his cousin who was more his twin.

It was like having two dads, two men who didn't just give them balls and bats but played along with them, who preferred the boys to fishing buddies on long trips to the lake, who taught them to water ski and handle guns and helped them mow the yards.

But each boy loved his own dad best. Mike couldn't understand how you could talk about anything serious with Uncle TJ, who had a joke for anythingâ¦

Terry couldn't see the pleasure Mike found in silent hours with his father, sitting in a boat or in a duck blind.

“Me and Terry can sometimes feel what the other one is thinking,” Mike told his dad once.

His dad said, “Yes. We could see that even when you were babies.”

Uncle TJ would have started his long story about the moms wanting twins but not wanting to be pregnant with them, so they divided the set â¦ It was a funny story and Mike and Terry still rolled with laughter even after they no longer believed it.

“Come on in, boys, you're going to freeze,” the moms said after their hugs good-bye.

But Mike and Terry stayed to watch the car drive off.

In his search to find something to blame for what happened after, Mike even hoped Uncle TJ had been drivingâhe was a careless driver, everyone knew that. But no, there was nothing to blame except God or bad weather, and that was so useless Mike gave it up after a few years.

But in later years, when he tried to think of reasons for other things, Mike often thought if he and Terry had had this trip, things would have turned out different. This trip that was to start the end of childhood.

Maybe they wouldn't have wrecked and wasted all the gifts they had been given, like kids who couldn't understand what some things cost.

The moms had done the best they couldâno blame thereâMike's step-father's resentment probably no more damaging than Terry's mom's indulgence.

But by the time the boys were twenty-five, good memories grew tainted with a sad relief that the dads never saw the sorry mess made of their hopes and cares and dreamsâ¦

When Mike woke sweat-drenched, still half-drunk and more than half hungoverâ¦

When even across two hundred miles they could feel each other's mind, trying to find something to lay blame to:

Luck and fate and choice

They mostly blamed themselves, and only rarely blamed each other.

They never took that easy out, the one you heard a lot these days.

They'd had a happy childhood. It was more than most people got. 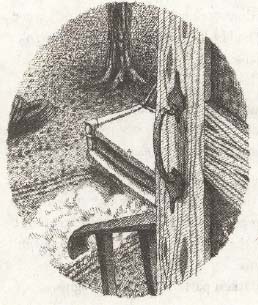 “Just think,” Terry said. “It's Friday the thirteenth, a full moon, and your twenty-first birthday. Anything could happen, man, just about anything.”

“I know what's going to happen if you don't behave,” Mike said.

Terry had been playing eye-tag with one of the four young ladies seated behind them. There were four men sitting there, too.

“Now just who is buying you your first legal drink here?”

“I haven't seen you fork over the money.”

“What are you looking at, kid?” said a voice from behind them. Big guy in a hunting cap.

Surely Terry's famous luck had run out with that oneâ¦

But the guy just said, “She's had enough of your admiration. And she's not my granddaughter.”

Terry shrugged apologetically and turned back to the bar.

“Full moon, anything's likely to happen,” he repeated. “And you got to admit this was a good idea.”

He set his drink down and wandered off in the direction of the john.

Mike agreed with him there. Coming to Colorado to fish was a good idea. Different scenery, different weather. They had caught their limit and then some.

The ones you ate on the spot didn't count, Terry said.

Mike was going to start a new job in a week, on a street crew. It was nice to get a little vacation in first.

Terry had been gone for a while, Mike noticed, when he heard a chair scrape behind him, saw hunting-cap head for the john.

But instead of going in the door marked “Bucks,” he kicked open the one marked “Does.”

Mike slapped down a bill to pay for the drinks and charged out the door, knowing Terry was so quick he'd probably beat him to the parking lotâand he almost did.

The four guys chasing them cut them off from the truck, so they ran across the road and down into the woods.

The roar of the river got louder, and Terry yelled, “Jump in and swim for it!”

Hearing the crashing through the woods behind them, Mike thought this was as good a plan as any, and they both hit the icy water at the same time.

The river was fast, but not furious; it was likely they'd freeze before drowning. They floated and swam downstream as long as they could before crawling on shore.

“I told you, full moon,” Terry said through chattering teeth as they walked down the moonlit dirt road, totally lost. “It makes things happen.”

Mike, hugging himself, shivering, was too miserable to punch him.

A truck drove by, slowed.

“You boys fall in the river?” The woman was about thirty, a little weather-beaten, but pretty.

“Well, you'll freeze out here at night, wet like that. You look harmless enough. Hop in.” She had a low, husky voice. A kind voice. “Name's Chris.”

Back at her place, she gave them some of her ex-husband's sweats to wear when they got out of the shower, while she ran their clothes through the washer and dryer. He must have been a tall guy. They fit fine.

Terry walked around, looking at the old photos on the wall. Mike sat in front of the fire. It was a nice cabin. He was glad she didn't have a TV. It was the kind of a place where you didn't want a TV.

“Great place you got here, ma'am,” Terry said, when Chris came back with some beers. She was smaller than she'd seemed in the truck.

“Don't call me that, it makes me feel old. You want a tour?”

Mike stayed where he was, watching the fire. Twenty-oneâ¦

Mike felt a jolt like electricity when she put her hand on his hair.

“I hear it's your birthday,” she said softlyâ¦

The truck was still there the next morning. But their ice chest, the tackle were gone.

“Dammit!” Mike said. “That was my favorite rod.”

“Could have been the tires,” Terry said cheerfully. “You got to admit it turned out nice.”

Almost killed, almost drowned, almost froze, but by the time Terry was through, Mike's twenty-first birthday would sound like the best one on record.

Mike glanced at the sky, the faint moon still in sight. My birthday moon â¦ Oh God, just once, let me see Terry get worried.

They stopped in Trinidad for lunch, tacos and margaritas.

“You two twins?” the waitress asked, puzzled, when she checked their IDs. They'd been asked that beforeâthe same last name, the strong family resemblanceâ¦

“Cousins.” Mike cut that story short. He was still pissed.

Terry watched another customer get up, leave.

“Or dudette.” The waitress set down their drinks.

“Trinidad's the sex-change capital of the world. We got the best nut-picking doctor in the States. You see a lot of strange-looking strangers around here. They do it in stages. But some of them turn out right pretty.”

Mike grinned to himself. He didn't think it. He wasn't the hound Terry was, but he knew a woman when he tripped over one in the dark.

“It was kind of strange, the way she had men's clothes laying around?”

“Shut up.” Terry's face was sweating. He looked a little green.

It was was nice to see him worried.

“You're gonna keep this up all the way back to Oklahoma,” Terry accused.

“Yep.” Mike ordered another round. To celebrate. 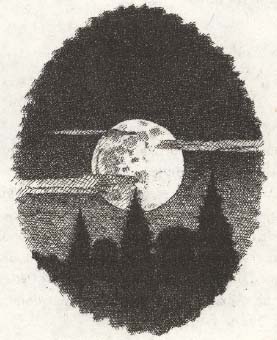