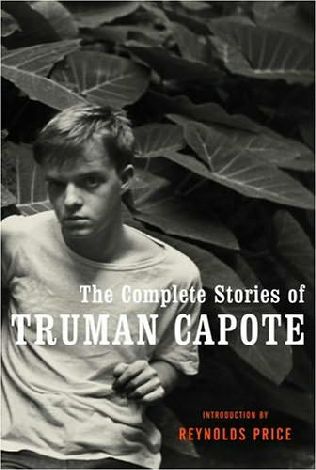 Truman Capote was born Truman Streckfus Persons on September 30, 1924, in New Orleans. His early years were affected by an unsettled family life. He was turned over to the care of his mother’s family in Monroeville, Alabama; his father was imprisoned for fraud; his parents divorced and then fought a bitter custody battle over Truman. Eventually he moved to New York City to live with his mother and her second husband, a Cuban businessman whose name he adopted. The young Capote got a job as a copyboy at
The New Yorker
in the early forties, but was fired for inadvertently offending Robert Frost. The publication of his early stories in
Harper’s Bazaar
established his literary reputation when he was in his twenties, and his novel
Other Voices, Other Rooms
(1948), a Gothic coming-of-age story that Capote described as “an attempt to exorcise demons,” and novella
The Grass Harp
(1951), a gentler fantasy rooted in his Alabama years, consolidated his precocious fame.

From the start of his career Capote associated himself with a wide range of writers and artists, high-society figures, and international celebrities, gaining frequent media attention for his exuberant social life. He collected his stories in
A Tree of Night
(1949) and published the novella
Breakfast at Tiffany’s
(1958), but devoted his energies increasingly to the stage—adapting
The Grass Harp
into a play and writing the musical
House of Flowers
(1954)—and to journalism, of which the earliest examples were “Local Color” (1950) and “The Muses Are Heard” (1956). He made a brief foray into the movies to write the screenplay for John Huston’s
Beat the Devil
(1954).

Capote’s interest in the murder of a family in Kansas led to the prolonged investigation that provided the basis for
In Cold Blood
(1966), his most successful and acclaimed book. By “treating a real event with fictional techniques,” Capote intended to create a new synthesis: something both “immaculately factual” and a work of art. However its genre was defined, from the moment it began to appear in serialized form in
The New Yorker
the book exerted a fascination among a wider readership than Capote’s writing had ever attracted before. The abundantly publicized masked ball at the Plaza Hotel with which he celebrated the completion of
In Cold Blood
was an iconic event of the 1960s, and for a time Capote was a constant presence on television and in magazines, even trying his hand at movie acting in
Murder by Death
.

He worked for many years on
Answered Prayers
, an ultimately unfinished novel that was intended to be the distillation of everything he had observed in his life among the rich and famous; an excerpt from it published in
Esquire
in 1975 appalled many of Capote’s wealthy friends for its revelation of intimate secrets, and he found himself excluded from the world he had once dominated. In his later years he published two collections of fiction and essays,
The Dogs Bark
(1973) and
Music for Chameleons
(1980). He died on August 25, 1984, after years of problems with drugs and alcohol.

Vintage is a registered trademark and Vintage International and colophon are trademarks of Random House, Inc.

Owing to limitations of space, story credits can be found beginning on
this page
.

Other Books by This Author
Also by Truman Capote

America has never been a land of readers, not of what’s called literary fiction in any case. And in the twentieth century, only two writers of distinguished fiction managed to become American household names—Ernest Hemingway and Truman Capote. Each of them succeeded in that dubious distinction by means which hardly included their often distinguished work. Hemingway—strapping, bearded and grinning—reached most households in the pages of
Life, Look
and
Esquire
magazines with a fishing rod or a shotgun in hand or a hapless Spanish bull nearby, on the verge of being killed. After the publication of Capote’s nonfiction account of a mass murder in rural Kansas, he (in his tiny frame and high voice) became the instant star of numerous television talk shows—a fame that he maintained even as his consumption of liquor and drugs left him a bloated shadow of his former self. And even now—with Hemingway dead of a self-inflicted gunshot wound since 1961 and Capote of relentless self-abuse since 1984—their best work continues to be gravely denigrated by understandably disaffected critics and readers. Yet many of Hemingway’s lucid short stories and at least three of his novels are as near perfection as prose ever manages to be, and Capote left behind not only a riveting crime narrative but also a quantity of early fiction (three brief novels and a handful of short stories) that awaits the close attention and measured admiration he long since earned.