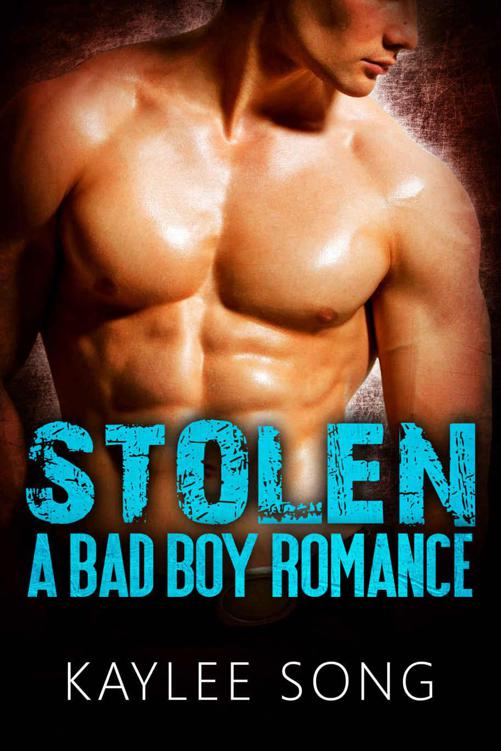 This is a work of fiction. Names, characters, places, and incidents either are the product of the author’s imagination or, if an actual place, are used fictitiously and any resemblance to actual persons, living or dead, business establishments, events, or locales is entirely coincidental. The publisher does not have any control and does not assume any responsibility for author or third-party websites or their content.

Other Works by Kaylee

How about one of her Westerns?

I slammed my fist into the bone of his cheek, the crack of it under my knuckles oh-so-satisfying.
Yes, you deserved to scream.

I took pleasure in days like today. Days where I had a job to do, a simple one. I’d woken up this morning to get a single text from James Fitzgerald.

Take care of the butcher, he needs a little reminder.

The butcher wasn’t a man on the corner who sold deli meats and those nice little cuts of beef you put in your oven, no, it was our butcher.

I did as I was told. I answered to two people in the family. James Fitzgerald, the head of the Fitzgerald family, and his son, Greyson. My job was twofold. Protect Greyson at all cost, and beat the fuck out of anyone the mob needed.

I liked it that way, too. No complications, no bullshit. Greyson listened to whatever I had to say, and he took me seriously. I mattered.

“Keep going,” Henry O’Caughlin said as he looked up at me. He knew his pleas would get nothing in return. He’d heard them all, so he didn’t beg, he didn’t scream.

He ushered me on.

“Why do you have to fucking test your limits?” I asked as I slammed my fist into that twice-broken nose of his. That motherfucker looked handsome even with the broken nose and the scars on his face.

I wouldn’t kill him, hell, I couldn’t. He was too valuable to the family, and he knew it. He had a million secrets and a million more talents. He was one of the most indispensable people there was.

“Got bored,” he answered as he chewed on a broken piece of his lip.

“I know the feeling,” I said. I was getting bored, too. He didn’t even grunt when I hit him.

“If I were you, I’d get out the drill and go right for my knee caps,” he said.

I wasn’t him. I’d beat a guy, I’d shoot him in the head, or dump him in the river, but I wouldn’t torture with the intent to kill.

“You need to stop pushing boundaries, just do what they want.” I didn’t know what boundaries, but I knew that was the reason for this little visit.

“I’ll be good. For now.” He smiled at me, the blood in his mouth rushing down his lips. What a sick fucking bastard.

The fact that I enjoyed making him bleed made me one, too.

My cell buzzed in my pocket right as I cocked my arm back to take another swing. Fuck. It was the phone in my left pocket. My direct line to the family. Either Greyson or James, no one else had that number.

I fished it out and answered it.

“I need you to get your ass into the office. I have a job for you.” Greyson.

“All right, I’ll be in around nine,” I said, as I looked at the time on the display. It was seven thirty in the morning. Jesus Christ, I’d been up beating the hell out of this asshole all night.

“All right, I’ll be right there,” I said, then hung up the phone.

“Looks like duty calls me away. I’ll have to reschedule this little session, but you’ll wait for me, right?” I asked as I walked over to the warehouse’s set of sinks.

“You know it,” he said with absolutely no emotion.

Fuck, that guy was totally cold. I respected him.

“What did you do to piss them off?” I asked. I didn’t care, not really, it was just idle talk.

“I carved up my last target and left his bones in a message for his organization.”

“And that’s a problem?” I asked. He was known for signature moves like that.

“He was supposed to stay alive.” He shrugged. “I got bored.”

“Ah.” He said it just like a kid would about homework, or a board game they stopped playing.

We all had to follow the rules in the family, we all had a responsibility.

And right now, mine was getting to Greyson. I left Henry sitting there in his own blood as I walked out of the warehouse. I’d see him in a few hours to finish the job.

Beat him bloody, leave him unconscious with the family name carved into his flesh. Those were my orders. That was what I would do.

Because I always followed orders.

"Why in the hell did I have to come in this early?" I asked as I walked into Greyson's office. He was too busy talking to his secretary, Lily, to even look up.

"Because I asked you to. And because I need you to do a job for me no one else can do," he said as he filled out a couple of forms and then sat down.

"Then you should at least buy a man breakfast, don't you think?" I could use a sausage and egg platter to get me in a good mood.

Greyson raised an eyebrow. "You gonna bitch all day or can we get down to business?" He dismissed his pretty secretary and she scurried out of the office, but not before throwing me a smile.

I'd been meaning to ask her out. Maybe I'd do that tonight when I got back from whatever errand Greyson sent me on.

It had been a while since I'd had a good lay, and she seemed keen on me. She was always smiling at me. That would do just fine.

Hell, I might even take her out for dinner. Who knows?

"Sit down." Greyson crossed his arms and furrowed his brow. For the first time, I could see just how little sleep he was getting. The bags under his eyes, the worry etched into his face.

This war was getting to him. Fighting with the in-laws on top of civil unrest in the city wasn't doing him any favors. He needed all the sleep he could get.

"You look like you haven't been getting any rest," I said. I was concerned.

"I haven't. But maybe you could help bring me some peace." He ran a hand over his face and looked up at me, his eyes bleary.

I knew I was the only one he let his guard down with. I had a feeling that even Joanna didn't know how stressed he was.

He had a baby coming soon.

"What do you need?" I asked. I'd been busting his balls, but I was ready for anything.

"I need you to make a little trip. Got a lead on our runaway. She's holed up in some kind of 'collective' over in Chicago."

Kathryn. His little sister. She'd taken off as soon as she graduated, the very night of, actually, and no one had heard from her since.

"I thought they weren't pursuing her," I said. Her father had said, multiple times, that she could rot for all he cared.

"They aren't. I am. She's my little sis, Janson. You know how important that is." I saw just the hint of vulnerability in Greyson's eyes. He may have been heir to the throne, but he was nothing like his old man. He loved his family.

"I do. Which is why I took all the pleasure in the world when it came time to beat your ass for sleeping with mine."

"Yeah, I deserved that shit." He shrugged it off like it was nothing. I had respect for the man. He did things he shouldn't have, and he knew it. But he always made up for his mistakes.

He always made it right and took the punishment. There was a reason he was my best friend.

"So what do you want me to do, haul ass to Chicago and get her?" I asked, crossing my arms. I'd have to ask Lily out when I got back. Even if I did, though, I knew it was going to be an exercise in futility. Most women were afraid of who I was. Of what I liked.

She’d probably be no different.

"I wish it was that complicated. Kathryn has always been a lot more stubborn that that. She won't just come without a fight. You'll have to use force, if necessary. But try everything else there first."

I knew he was right about Kathryn. I remembered watching over her as she grew up. She was always feisty, even as a teenager, but now that she was legally an adult, I couldn't imagine her being so easily swayed.

"This might take a while. I'm going to have to figure out a place to stay," I said as I ran my hand over my fist.

"Call your cousin up, what's his name?"

"Yeah, call Declan up, see if you can use his penthouse. Tell him the family would appreciate it, and that I'll compensate him for his inconvenience. I don't want anyone else there, though, Janson. This needs to be done quietly."

I nodded, and he continued, "Take your time. Convince her. Even then, that might not be enough." He chuckled. "Remember that time I came in with a black eye because she punched me? I wouldn't let her go to the junior high Halloween dance that year. Mom and Dad were out of town, and she hadn't finished her homework. She knows how to hit, I'll say that for her. Kathryn’s always been very assertive. You might just have to hogtie her in order to bring her back.“

He'd taken her under his wing early on, and she was his favorite. I watched his heart break as she left, thought she'd come back, but she didn't. Greyson must've been searching for her all this time.

"You think you can do this for me?" he asked.

“I need you to send someone over to release Henry.” I cleared my throat.

“Say no more.” He knew I’d been ordered, knew exactly what was going on. “You just do what you need to.”

I nodded. I understood exactly what he wanted.

I was to convince her, and then, if not, I was to steal her away.

I had a feeling it wasn't going to go over well at all.