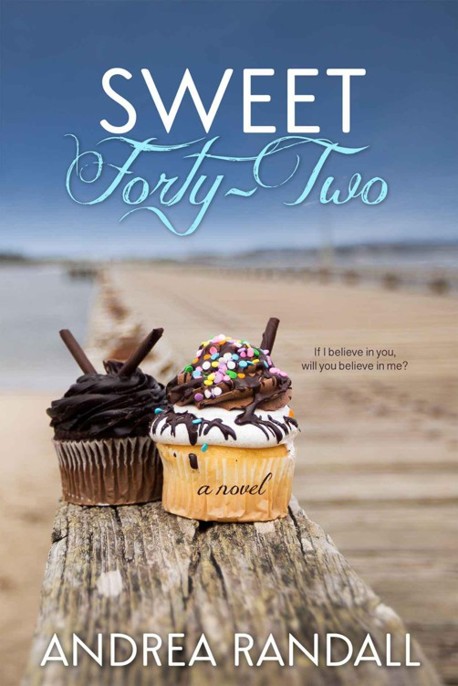 For Melissa Brown: The most romantic person in the universe.

“This land is incredible. Who owns it?” I look around on the most perfect summer day that’s ever existed.

Rae slows down so her horse is walking in step with mine. “The Greysons. Lauren and Warner were friends with my parents
for
ever.
We’d come up here all the time as kids and get lost on purpose.” Her smile makes me feel like I’m right there with her. Back in her memories.

“Did they have kids?”

Rae nods. “Older, though. Well, the girl was around Bo’s age, but she was never interested in him, and I don’t think he was in her. They were good friends. Zoë is her name. The boy, Kevin, was in college before I was in high school. I don’t really remember him.”

The breeze picks up, and loose strands of Rae’s black hair whip from under her helmet. Summer breezes are the best; you hear them coming before you feel them, and they’re always warm. She closes her eyes and takes a deep breath through her nose.

I can’t say it. I want to so badly, but I can’t. The way she lets her lips part as she’s lost in her smile begs me to say it. It’s too soon, though. Too soon. We’ve only been together for two months, even though it seems longer. Everything is so effortless with her.

Rae is optimistic, bright in ways her older brother, Bo, can’t be, especially with all of that brooding he’s doing over his ex-girlfriend, Ember. I still don’t really understand what happened there, but Rae assures me it will all work out for them in the end. Apparently Bo and Ember are meant to be. If the level of snark and brood one shows during a breakup is directly proportional to the “meant to be” factor of a couple, those two are goddamn soul mates. That’s what Rae says, too. She uses the term soul mate as if it doesn’t come with centuries of baggage attached to it.

See? Effortless. Love is love. Soul mates are soul mates. And she is perfect. My term, not hers.

We come to the head of several trails that all disappear instantly into thick woods. My heart races a little in anticipation. Reality knocks, but I know I can stay here a while longer. In this dream. Before it’s shredded into a nightmare.

Normally I wake myself up when we get here, to the trail. Sometimes I push it, though. I just want to be with her a little bit longer.

“Which trail are we taking?” I ask, holding my horse back. He’s as anxious here as he was when it happened. Like he knew what was coming.

Rae points with her chin to a trail on the left of the tree line. “That one. It’s shaded and this sun is brutal today.”

I nod and back my horse up a few steps so she can take the lead.

I really should wake up now, but she still has more to say. And one more smile to give.

Not yet. Just a few more minutes.

My horse leads me just behind her and I’m grateful to find out she’s right. I didn’t realize how hot the sun was until I was in the coolness under the branches. Huge trees. Evergreens, pines, maples, and probably a few others my two years in Boy Scouts didn’t teach me, create a narrow tunnel of nature that we travel down in single file fashion.

Rae turns around and smiles.

I don’t, though. I’m greedy tonight and want to hear her voice one more time.

“You with me, Regan? You got really quiet.”

I forgot she
’
d done that.

“Right? Come on, let’s get going. This trail is long.” She commands her horse to pick up its step, and it follows loyally.

I do the same with mine, but make it slow slightly as a low hum filters into my ears. It sounds like a far away tractor, or lawnmower, but I didn’t see anyone else in the large pasture we just crossed. And, she just said the trail was long.

My throat closes and I try to swallow. Nothing. My horse pulls back as I try to push it forward. He shakes his head and lifts his front legs slightly. Warning. I’m not trained enough on horses to know that, though. I think he’s just not submitting to me.

You
’
ve seen this enough, man. Open your eyes. Wake up. Wake up!

The humming is louder now and I don’t say anything because I’m trying to find the source. Rae is several yards ahead and seems to hear it, too. Her head moves slowly side to side as she continues her stride forward.

Then, I look up. It’s there. Huge. Grey like brains and dangling from a branch just above her.

“Thank you guys for letting me stay with you while I look for a place.” I yawned and poured milk into my coffee, looking at the boxes surrounding Bo and Ember’s new kitchen.

Through the window over the sink, the calm waters of Mission Bay greeted me. North Cove, to be exact. And I was ... envious. Soft, crystal blue waves lapped up onto the almost-white sand that was a couple of dozen yards from the sliding doors off of the kitchen. The house was tucked neatly into the cove, and I could see the tiny bungalows and cottages that lined the cul-de-sac of water on all sides. None were over a story high, allowing for a full view of the small mountains just beyond the bay.

Inhabited by mainly year-round residents, it was a far cry from the ocean side of Mission Blvd. Or “wild side”, as the neighbors called it.

I knew I’d never be able to afford to find a place like this on my own, so I was taking in what was sure to be one of my last waterside morning vistas.

Ember’s parents had maintained a condo here since the late eighties, even after they moved to Connecticut to send Ember to high school. They’d offered to have Bo and Ember move in with them, but Ember had gone on and on during late night drinking sessions about boundaries. Before she wavered, though, they were able to find a bungalow to sublet for six months a few houses down from her parents.

Bo entered the kitchen and set his coffee mug in the sink before he put his hand on my shoulder for a second. “Any time, man. You know that.” He gave it a slight squeeze before picking up a box labeled
Sandals
.

“A whole box?” I raised my eyebrows, eyeing him over my steaming mug of motivation.

Little things like that were starting to come more naturally again. Laughing.

“You boys find something funny?” Ember sauntered into the kitchen looking more ready for the day than I’d ever looked any day of my life.

Her long auburn hair was tied back, and she wore short denim shorts and a green tank top. She was gorgeous by any standard but didn’t flaunt it. I’d met her when she was in the middle of an emotional mess after her breakup with Bo. I still wasn’t clear on all the details from when they met to when they broke up, but I didn’t think I needed them.

I wasn’t the one sleeping with her, so I figured it was safe for me to push the teasing a little. “You can only wear one pair at a time, Ember. Why do you need so many?”

“San Diego.” She arched her eyebrow and fished through another box, producing a pair of kitchen shears.

“We’re in San Diego, Regan. It’s sunny three hundred days a year.” That was the only answer she felt she needed to offer. She gave Bo a quick kiss before running the scissors along the seam of the box as he held it.

She was right. It was San Diego, and I hoped that this place held more answers than why Ember needed twenty-five pairs of sandals. Just after I’d come back from Ireland, Ember sent her mother some audio and video recordings of me playing, without telling me. I would have resisted had she suggested it, but I’m glad she did. Her parents wanted me immediately and called me themselves to ask that I consider coming out with Bo and Ember to record in January. I was still jobless, but with a nice cushion in my bank account from when I’d taught in Ireland the year before, so I had nothing to lose.

“Here they are.” Ember exhaled in near-relief as she lifted a pair of gold sandals out of the box and slid them onto her feet.

Bo cleared his throat, seeming to stifle a laugh. “Ember, I told your dad I’d meet him at the studio this morning to help him set up that new equipment. You two all right here?”

“Of course, tell Dad I’ll be by around lunchtime.” Ember rose up on her toes as Bo slid his arms around her waist and rested his hands on the small of her back. “I love you.”

“I love you,” Bo whispered as he kissed her.

I turned quietly on my heels and snuck out the back door onto the cool sand. No matter what room I left, or what country or state I entered, she was there.

Bo’s younger sister, and my girlfriend, who had died tragically the summer before. We were together for less time than she’d been gone, but her death overrode all internal sense of time. Seeing that horse buck her from its body and watching her lay lifeless on the ground changed my internal makeup.