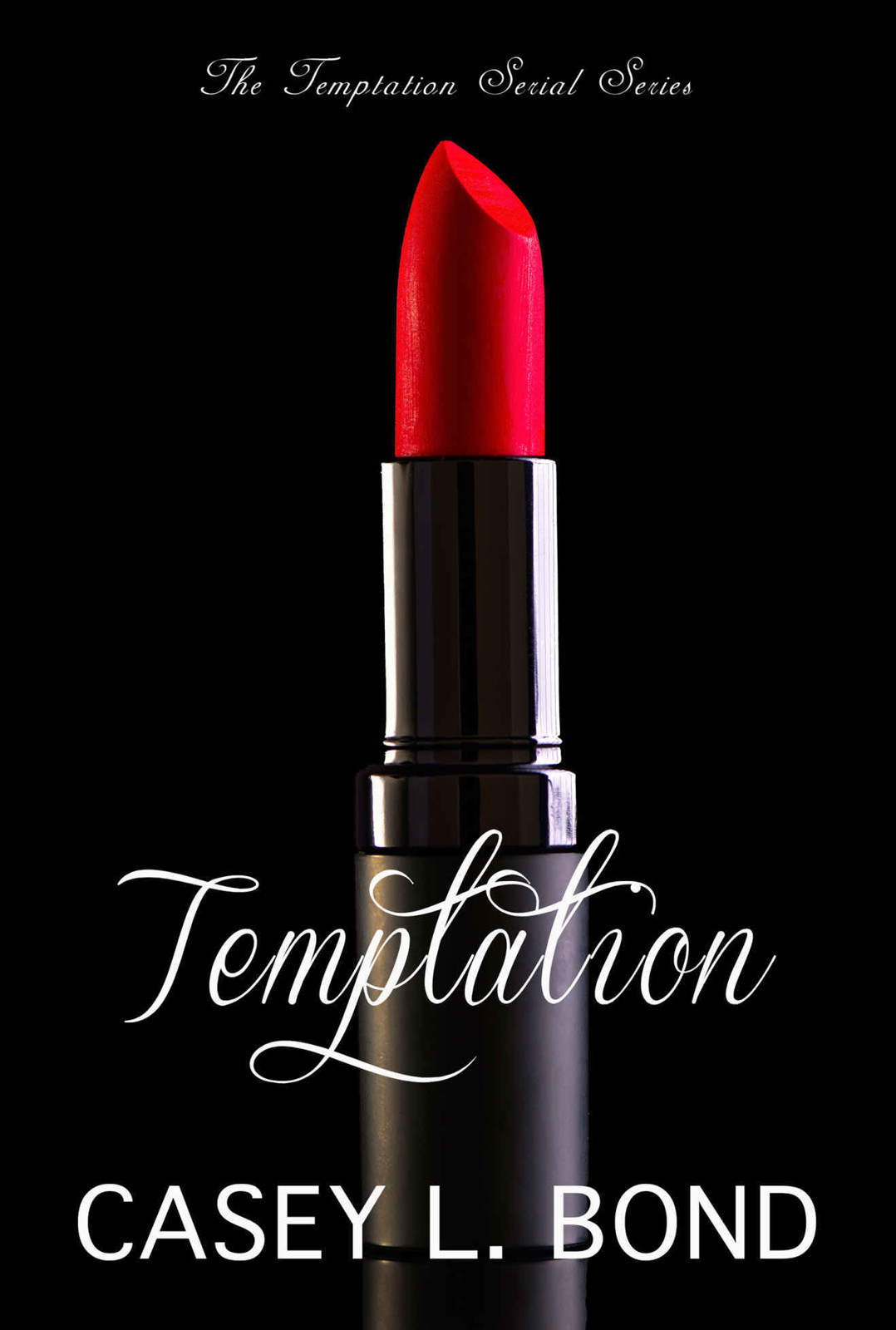 No part of this publication may be reproduced, stored in a retrieval system, or transmitted in any way by any means, electronic, mechanical, photocopy, recording or otherwise without the prior express permission of the author except as provided by USA Copyright Law. The unauthorized reproduction or distribution of a copyrighted work is illegal. Copyright infringement, including infringement without monetary gain, is investigated by the FBI and is punishable by fines and federal imprisonment.

This book is a work of fiction and does not represent any individual, living or dead. Names, characters, places and incidents either are products of the author’s imagination or are used fictitiously.

Published in the United States of America.

This one’s for Wendy, Cristie, Jessica, Breny and Marnie! Thank you for being there every step of the way!

They say to always trust your gut; to listen when something deep inside tells you that something’s off or wrong or dangerous. For weeks, a warning sounded in my head whenever Peter was around. We stopped going out. He said he was too tired and just wanted to be alone with me. Then when we were intimate, he wouldn’t make eye contact. Something was wrong with our relationship, something was off, or maybe it was just him. We dated for six months and commitment was still a four-letter word to him. Turns out, he knew another four letter word: Kate. Kate was Peter’s secretary. And I wanted to throttle that small voice in my head when she haughtily muttered,
I told you so.

I met the glowing couple at the grocery store, the only one between his house and mine and the only one that I frequented. Damn him for tainting The Brown Sack. It was my favorite.

Positioning my buggy before me like a bludgeoning tool, I followed them through the meat section. He would smile and nudge her and she would blush like a schoolgirl, her hair pulled high in a blonde ponytail. She had just enough gloss on her lips, and damn if the girl couldn’t rock yoga pants. I looked down at my own, mentally noting the small hole on the left knee and the splotch of white paint on the thigh. Definitely not perfect.

Not that it mattered. He’d already moved on. Peter was a real dick and I was about to watch him trip over his own tongue—right before I ran over it with my buggy. The squeaking wheel that wobbled like it was coming unhinged was too close a metaphor for my mental state, so I ignored that bastard and charged resolutely ahead.

My original plan was to hit him with the buggy, but like that wheel, I couldn’t keep quiet for long enough. “Peter, Kate, isn’t this cozy?”

Peter’s face, which I’d never before realized was far too pale, flushed crimson. His hairline had begun to recede and his belly was starting to get that middle-aged paunch. Sure – he was in his forties and I was twenty-nine, but at some point we had chemistry and shared the same goals in life: follow our career path, find the one, settle down, and pursue our interests together. I guessed somewhere along the line his bucket list changed. My name had been crossed off that list and Kate was written in.
Poor girl
.

“Uh, hey, Brooklyn . . .” he stuttered. I hated men who were pussies about this sort of thing, just like I hated Peter now. Kate’s big blue eyes darted toward the door. She would run. She would leave Peter in the dust right now if she could, but I blocked her escape with my buggy.

“I should have known, huh?”

Peter looked at the floor; at least having the decency to be embarrassed. That only lasted for a second though, and then the conceit took over. “Come on, Brooklyn. You know we were only fooling around. It’s not like our relationship was ever going to go anywhere.”

I crossed my arms over my chest, smiling when my breasts drew his attention and his eyes narrowed. He swallowed thickly.

“You’re a
stripper
. I’m not going to settle down with that kind of embarrassment shackled to me.”

I maneuvered my buggy toward his man-parts, which really weren’t anything to write home about anyway. “I am
not
a stripper. You’ve been to the show!”

An old woman with pink foam curlers in her hair propped her elbows on the handle of her buggy and stood at the end of aisle six; watching with rapt attention. “This is better than Tru TV!” she mumbled; reaching into her buggy, opening a bag of Lay’s, and chomping down on a chip.

Peter ignored the woman, straightened his spine, and said, “I’ve been and yes, you don’t actually strip, but it’s damn close. The women who watch you either want to be you or claw your eyes out, and the men want to have you for themselves. Besides that, most people believe you strip, even if you say you don’t. Mention the word ‘burlesque’ and you’ll see!” he finished and flailed his arms dramatically. His over-the-top hand gestures? One more thing I decided to hate about Peter.

He motioned toward the old woman. “Are burlesque dancers strippers, ma’am?”

The old woman’s jowls flopped to and fro as she finished chewing. She watched me with guarded eyes. “Strippers, hookers, what’s the difference these days?” Another crunch. Crumbs trickled to the floor beneath her feet, whose bunions were stuffed into too-tight canvas shoes.

“You’ve
got
to be shitting me! You know what, Kate? Enjoy Peter.” I abandoned the buggy and began to walk away, past the old bag who basically believed I sold it for sex. Then I thought better and turned around. “And good luck with that. He had no idea how to get me off. If he remembers what I taught him, you might be okay in that department, though. One word, Peter:
Clitoris
.”

Kate gasped and clutched her chest in dismay. The old bag snickered, and as I passed, she grabbed my arm and whispered conspiratorially, “He doesn’t care about you, but he must care about something.” She winked and pushed her buggy around the corner. In that moment I knew exactly what Peter valued above all things, other than himself. And Kate, of course.

That voice in my head, my conscience or whatever, screamed at me all the way to the front of the store as I passed the cash registers and shopping cart return.
Don’t do it! He’s not worth it!

I agreed with her. He wasn’t worth it, but I was.

I answered my internal argument aloud, cooing, “Here, baby, baby, baby.” I stepped through the parted automatic doors and into the hot, dry air. It was already dark outside, so I knew that would help me. I found the key fob in my purse and clicked the button to open the trunk. My hand found the slender piece of cool metal and it felt so damn good.

That old woman was right; conscience be damned. Two cars away sat his baby: a Mercedes SLK 250, candy apple red. She was
pretty
, with her convertible top down and her paint shiny under the combination of the full moonlight and the parking lot lights.