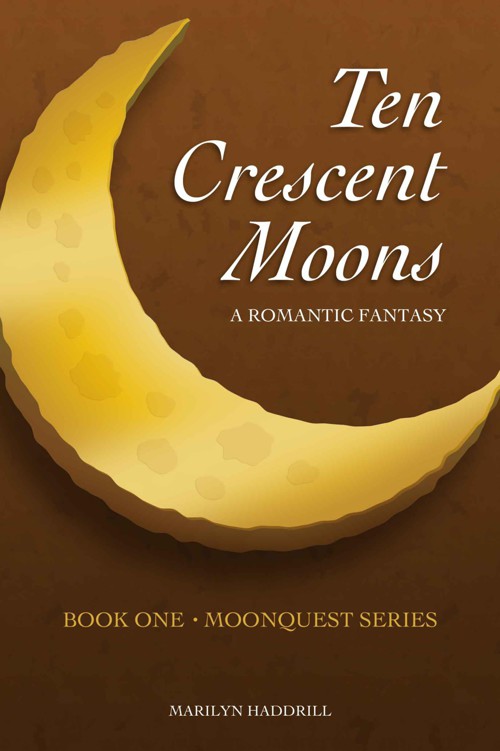 All
characters in this book are fictitious, and any resemblance to actual persons ,
living or dead, is purely coincidental.

Sting
of the Scorpion

Dedicated
to my grandmother, Murtie Martelia Willis
—
an inspiring example of strength in
the face of adversity.

Lady
Adalginza moved into the scant shade of a wooden post and frowned up at the bird
perched haughtily atop an oil lamp. Oblivious to the pending danger, Starla casually
preened her fluffed blue, scarlet, and green feathers.

Careful, friend,
Adalginza warned in
mindspeak.
These monsters just might put an arrow through your heart for
sport.

In answer,
Starla screeched once in alarm. Then she spread her wings and hastily fluttered
away.

"I told
you no more mindspeak. You will reveal yourself."

Adalginza ignored
the woman's angry words whispered from behind her, and squinted anxiously into
the red sun suspended low on the horizon.

Straight
ahead and on the village's main roadway, wisping dust clouds marked the slow,
weary progress of five armored soldiers and their mounts.

The leader
wore the crescent-shaped symbol that — placed across the heart on a man's steel
armor — designated him an officer.

Adalginza
could not yet clearly see the face of the new officer, a captain who led the
expedition. But his arrival at his new post in the village of Sola Re signaled
that her own mission must now begin in earnest.

Although she
had waited many days for this moment, she must hide her loathing with an air of
submissiveness. She must somehow pretend friendship with this hated enemy.

Adalginza
resolutely gathered the folds of her ceremonial feather skirt, then daintily
stepped up from the street and back onto the town's boardwalk. There, she
rejoined the taller, stern young woman who awaited her.

Streams of
indifferent pedestrians parted around them, coming and going, like river water
around two insignificant rocks.

"It is
they." Adalginza spoke barely loud enough for her companion to hear. "The
new captain of the knights is with them."

"May
he rot in the pits of the carrion eaters." Bruna spoke defiantly, causing a
few passersby to shoot curious glances their way. "Look at them. They wear
the suffocating armor of metal, even while the sun still burns in the sky. They
ever complain of the heat of our land, yet they refuse to dress as we do for
fear of becoming like us."

Adalginza
placed her woven straw fan above her lips, to hide their movement from those
who might sight read her words.

"I
implore you. Please keep your voice low and your manner modest. You are pretending
to be my slave. You cannot act as an equal here."

"I
will act as I please when we are alone."

Adalginza took
a few steps away, partly because Bruna had increasingly shown less inclination to
bathe while in her assumed role.

But even in
the best of circumstances, Adalginza hated being in such close proximity to
this woman —her brother's mate — who had always treated her so cruelly.

The
soldiers drew nearer, but now almost seemed to be moving in slow motion. Adalginza
looked up at the pale outlines of a few crescent moons, and said a secret
prayer to the gods.

If they
would but listen, perhaps the bloody events that were about to unfold might be
stopped through divine intervention.

Bruna
reached over, grabbed Adalginza's arm, and squeezed it hard between her boney
fingers. "Stop daydreaming, stupid child! Keep your mind on what you must
do here today."

"Let
go!" Adalginza yanked her arm away, but kept her voice low. "You are
the one who must watch your actions. See? The captain grows closer and now
looks our way. Your arrogance has attracted his scrutiny."

"It is
your beauty — and those abominable indigo eyes of yours — that have attracted
his lust," Bruna replied contemptuously.

Still, to
Adalginza's relief, her companion finally bowed her head and slumped her
shoulders into the appropriate posture. Her plain, tan snakeskin frock, bare
feet, and lack of other adornment reinforced Bruna's lowly status.

At the sight
of the soldiers, the crowds on the boardwalk had dispersed to hastily disappear
into the open doors of mercantiles and rounded adobe residences.

No one
wanted trouble with armed knights.

Adalginza,
however, nervously held her ground.

The captain
of the knights fixed a bold stare upon her. Nor did he turn his head away as
the muscled golden sturmon he rode clomped steadily closer down the hard-packed
road. The soldiers following their captain, too, could not avert their gaze.

An
unescorted lady of knights was a rare sight in the frontier. Adalginza planned
to take full advantage of that fact.

"He
comes this way," Adalginza said, still holding her fan demurely to her
face. The soft, sweetly flower-scented puffs of feathers tickled her nose,
almost bringing on an uncomely sneeze. "This may be easier than we thought.
Is my appearance pleasing, do you think?"

"In
that blue skirting and bodice sash? You look like a foolish virgin left for the
saints to unwrap during the sacrament of the five moons."

"Enough
Bruna. It is the way their women dress. You know I am not comfortable doing
this."

"Ah,
but you are comfortable with their riches, are you not? And growing more so
every day."

"You
speak from the spur of jealousy. You are my brother's beloved and only. I would
think that someday from you I would hear the voice of friendship."

"As
his sister, and by blood right, you are entitled to Benfaaro's protection. I
must honor his wishes by being here with you. But from me you will never have
friendship."

"I
have done nothing to harm you," Adalginza muttered.

Bruna took
Adalginza's right hand and — holding it low and out of sight of the approaching
soldiers — dug in her cruel, sharp fingernails so deeply that blood was drawn
from the palm.

Adalginza
tried to yank her hand away, but Bruna held tight.

"You
will betray us some day, little sister of Benfaaro. You may be Of the Blood.
But your blood is tainted. You are half devil — more like those devils on their
sturmons than like us."

Adalginza
felt the threat of tears — mostly of anger — but refused to show weakness to
Bruna.

"If I
could somehow remove that half, and kill it — I would. You know that."

"Then
you would be of no use to us. No, my dear, you must stay alive. And I am here
to make sure you do what you are told."

Adalginza
felt something powerful stir in her soul.

A
rebellion? An urge to escape? Cowardice?

Part of her
wanted to run away and part of her wanted to slap Bruna, and stomp on her, and
hurt her — the way she had always hurt Adalginza as a child.

But a
kinder spirit, the woman who had actually raised Adalginza, had guided her
earlier years. And that's why restraint took hold.

Perhaps part
of her was the spawn of the devil. But at this moment, Adalginza knew she was a
far superior being to this bitter woman standing beside her.

She
collected herself, and spoke calmly to Bruna.

"I
tell you be silent now, and behave mildly."

The bitter
mockery in Bruna's voice hung in the air like the powdery dust stirred under
the heavy feet of the sturmons carrying the heavily armed soldiers.

Already,
their long slender ears were aimed curiously at Adalginza. She desperately
tried to block the mind link she naturally felt with the creatures. But her
action was as futile as trying to halt the sun from its slow descent into
darkness.

She sensed the
weariness of the animals, mingled with mild curiosity at her presence. Sturmons
typically were gentle creatures, who sometimes suffered great cruelties at the
hands of their masters. Not so here, though. She felt the ease of their
thoughts, and it surprised her.

The captain's
golden sturmon, strikingly dappled with white and gray spots, then nickered at
her.

An animal's
excited reaction to her gift could betray who she was. Her real name, when
spoken in the dialect of her tribe, had the meaning of
she who speaks the
silent language of furred and feathered
.

If she were
to pronounce that name here, with all its implications, it would mean certain
death. Here, she must be only Adalginza. A demure lady of the Crescent Houses driven
by custom from her protected abode.

The welcoming
stance she took on the boardwalk to greet the knights meant that — in polite
society — they had no choice but to acknowledge her.

The
captain of the knights stopped, as custom demanded, and removed the cumbersome
helmet that he tucked under one brawny, deeply tanned arm. Long locks of matted
dark hair spilled down around his shoulders.

The soldiers
behind him mimicked their leader's actions to the accompaniment of metal
clanking against metal. The stench of sweat from both men and animals swept
over Adalginza, causing her to bury her nose even more deeply in the fan.

These men
must have spent many days along the trail, without water for washing.

In a first
encounter, Adalginza was forbidden by the rules of the House she pretended to
represent to meet the captain's look directly. Instead, she carefully splayed
the fan against her face.

She reminded
herself that she must be brave. She must do her duty, no matter the cost to
herself or her virtue.

Finally, she
gave him a coy, sideward glance through thick lashes. She had expected his eyes
to glint with the wanting of a woman. To be cruel and without honor as so many
of his kind were. Instead, they were bright with an intelligent humor that lit
both face and mouth. The dark smudge of beard covering his lower jaw and upper
lip failed to conceal his youth.

He was not
at all what she expected. And that might mean trouble.

"Lady
of the House of the Fifth Crescent Moon, I greet you."

The captain
sounded almost bored with the standard exchange, even a little put out that her
presence had interrupted his immediate purposes. He, of course, had read her
title from the symbols on her sash, just as she knew his from the designation
on his armor.

"Captain
of the Knights of the Crescent Sword, I greet you as well. And I also salute
your most honored House of the Ninth Crescent Moon."

No exchange
of greetings was necessary with the soldiers following him. They were not of
royal blood and displayed no particularly distinguished symbols of status.

The man at
the captain's right did have an impressive array of jewels forming the crescent
on the hilt of his sheathed sword.